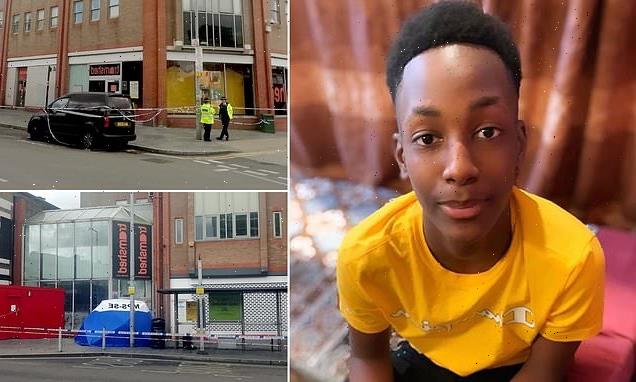 Teenager, 16, is found guilty of killing schoolboy, 15, who was stabbed in the heart when a group of youths ‘intent on revenge’ attacked him on his way home from school

A teenager has been found guilty of killing of a 15-year-old schoolboy who was stabbed on his way home from school.

Tamim Ian Habimana died from a single stab wound to the heart after he was attacked in Vincent Road, Woolwich, southeast London, on July 5 last year.

The 16-year-old killer was among a group of youths ‘intent on revenge’ after another 15-year-old carried out a stabbing in Dartford nine days earlier.

He was cleared of murder by an Old Bailey jury but convicted of manslaughter and wounding the other boy.

Two other boys, aged 15 and 16 at the time, were cleared of murder but convicted of conspiracy to commit violent disorder and possessing an offensive weapon.

Danny Robinson, KC, prosecuting, had told the court the youths ‘went to Woolwich on 5 July 2021 to carry out a revenge attack for a stabbing committed by the second victim nine days earlier.

‘The defendants’ group were armed with weapons, and Tamim Ian Habimana was stabbed in the heart.’ 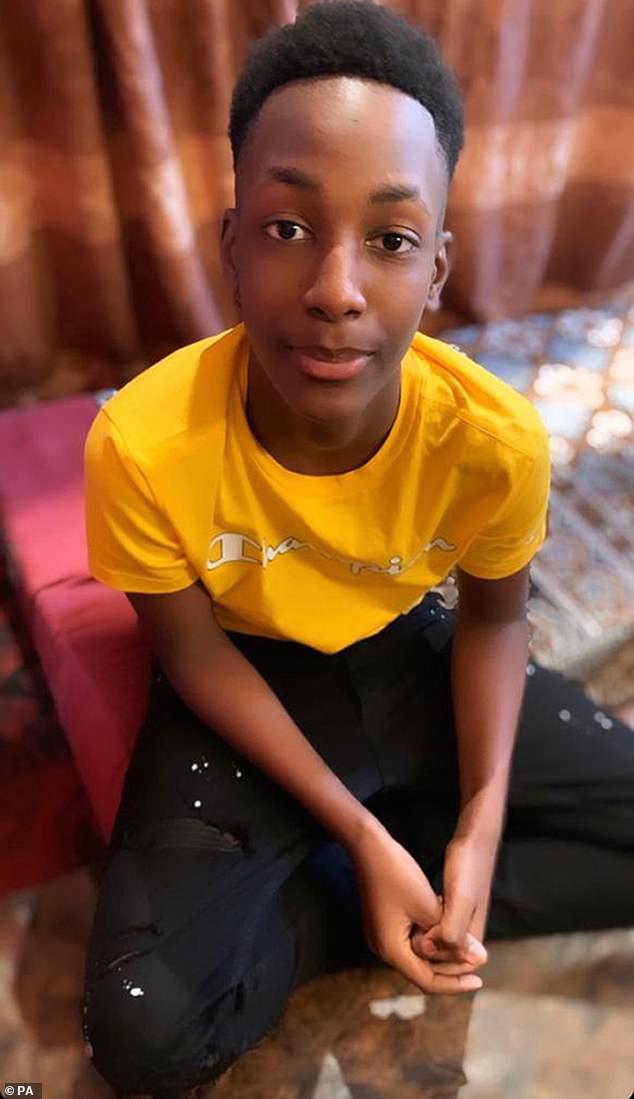 Suddenly, one of the boys removed the metal stem from the umbrella he was carrying and the group charged toward Ian and his friends.

In an attempt to escape, Ian ran between two parked cars but seconds later was caught by his attackers.

The footage showed him reaching his hands out as his killer turned and stabbed him once in the chest.

Despite his injury, Ian managed to run a short distance up Woolwich New Road, but collapsed shortly after.

Further CCTV footage captured the attack on the second victim. 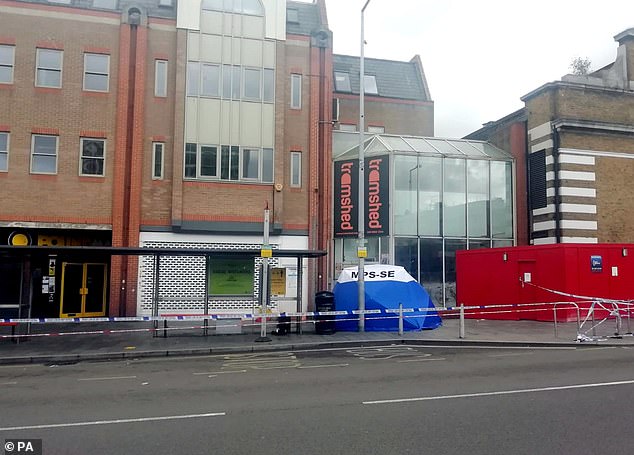 Tamim managed to run a short distance despite his injury but collapsed shortly after. Pictured is the police cordon in Woolwich

The group cornered him in the road, striking him with the umbrella stem and their fists.

Ian’s killer stabbed at him, hitting him once in the back before his knife broke.

‘An off-duty police officer, Mhmuda Gumanach, saw what was happening and ran across the road to stop the fight,’ said the prosecutor.

‘By coincidence, another police officer was also at the scene of the attack.

‘The attack took place right in front of him, although it happened very quickly.

‘He saw the umbrella stem and the knife being used as weapons during the attack.

‘The defendants travelled to Woolwich that day with a purpose: to carry out an attack with weapons.

‘The killer did not only stab the second victim once, but multiple times, continuing even when the knife had broken.’ 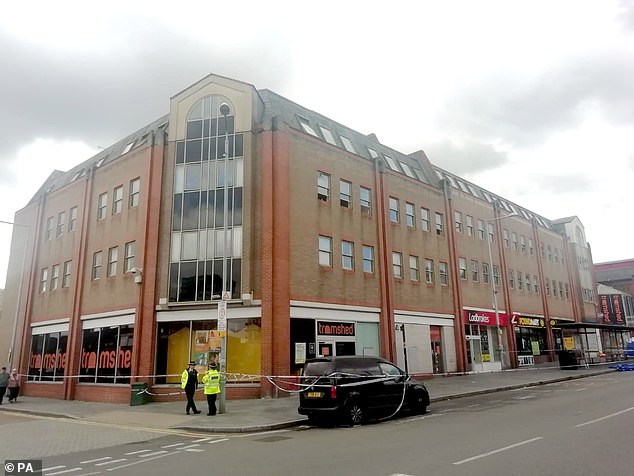 The day after the killing one of the suspects was found using a school computer to search for reports of Ian’s murder.

In a meeting with the school, he claimed he had been interested in the attack because he ‘used to live in Woolwich’ and had been at the cinema with friends at the time.

A member of the public called an ambulance and specialist trauma doctors were airlifted to the scene.

Despite their best efforts, they did not manage to save Ian and he was pronounced dead just after 6pm that day.

A post-mortem examination revealed that the knife had pierced his heart, leaving a 17mm wound on the surface of the skin that went 15cm deep.

Police attended the hospital where the second victim was being treated for his injuries, but the young boy refused to cooperate with the investigation.

Two other men, Daryl Bethel, 18, and Lewis Bollen, 20, were cleared by the jury of murder, attempted murder, wounding with intent and wounding.