A TATTOO parlour left a scathing response to a cheeky customer who threatened to leave a bad review after failing to take care of their new ink.

The clueless customer was dubbed a "wee f*nny" for listening to their dad rather than the professional artist on aftercare. 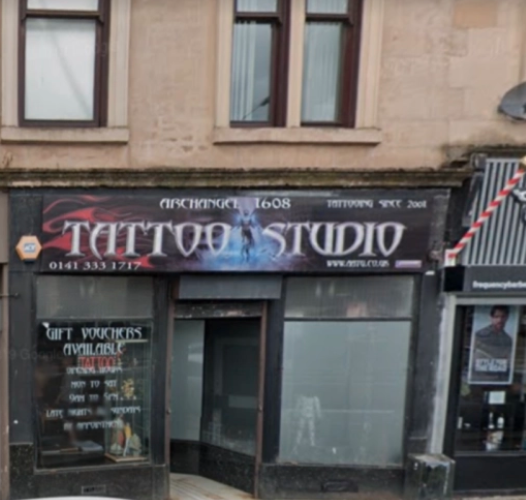 The punter messaged the shop to say that their tattoo was not healing properly and asked whether they could get it fixed.

After showing an image of the affected area, the ink professional asked whether the customer had used the recommended cocoa butter they spoke about when talking about aftercare.

It then emerged that they had used Savlon which their dad recommended to use instead of moisturising cocoa butter.

The punter threatened to post a bad review, saying: "Actually I've been cleaning it three times a day like you said, but I've used Savlon cream as my dad says that's better and that's what he used to use.

"So if it's not fixed for the end of the month, then I'll be leaving a bad review across your social media."

The staff member then told them that Savlon suffocates the skin rather than letting it breathe – which is what you are meant to let it do.

They added: “Savlon? Did your dad do the tattoo for you?

"Why the f**k are you listening to him instead of the person who actually did it and you paid actual money to?”

Staff at the Archangel 1608 Tattoo Studio were messaged by the cheeky punter: "So, what it is, is my dad says that you be fixing it straight away, so it doesn't look bad for your business.

The unimpressed Glasgow-based firm replied: "I've just explained why we can't do it straight away.

"As for your threat about a bad online review f***ing come ahead!

"I've given you the information about how to care for your tattoo, and since you're avoiding my questions about it, if there's any issue, that'll be the cause."

Apart from explaining how to remedy the problem, the tattoo parlour pointed out: "The consent form you signed before your tattoo states that you'll follow OUR aftercare procedure.

"It's not just for us to know about any medical issues, or to work out if you're a manky wee b**** – clearly missed that one this time though.

"If your tattoo needs fixed, I'll do it, no bother, but you'll be charged full price for it as it's your own fault…"

In relation to the bad review claim, they added: “Go f***ing right ahead with your s***e review.

"I'll review you now you wee f*nny: S***e patter, can't follow written instructions. One star out of ten, would not tattoo again!"

The studio posted the screenshots on their Facebook page with the caption: “This is from last weekend, and why we’ve been banging on about aftercare all week. We can only do so much after you’ve left the studio…

“But defo go with what your dad says, even though he’s not been tattooed since he got a tribal skull in the 90’s.” 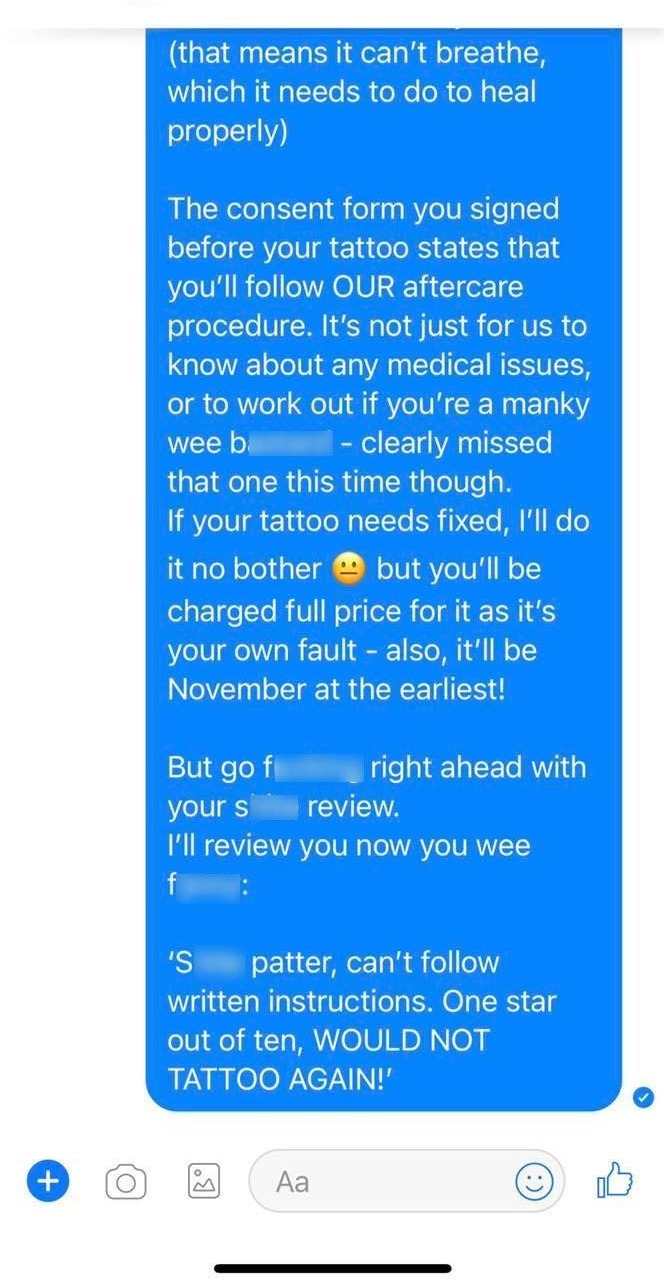 Nope: Everything We Know About Jordan Peele’s Next Thriller