A suspect has pleaded guilty to a hate crime charge stemming from the 2021 fatal assault of an Asian man in New York City, authorities announced Thursday. The victim spent more than eight months in a coma before he died.

Jarrod Powell, 51, pleaded guilty in New York State Supreme Court to one count of first-degree manslaughter as a hate crime and will be sentenced to 22 years in state prison, the Manhattan District Attorney’s Office said in a statement.

The attack occurred on the evening of April 23, 2021, on a street corner in Harlem. The suspect approached the victim, 61-year-old Yao Pan Ma, from behind, struck him in the back, causing him to fall, and then kicked him in the head multiple times, according to the New York City Police Department. The attack was witnessed by a bus driver, the district attorney’s office said.

Ma suffered a traumatic brain injury and was hospitalized on life support, prosecutors said. He remained in a vegetative state until he died on Dec. 31, 2021. 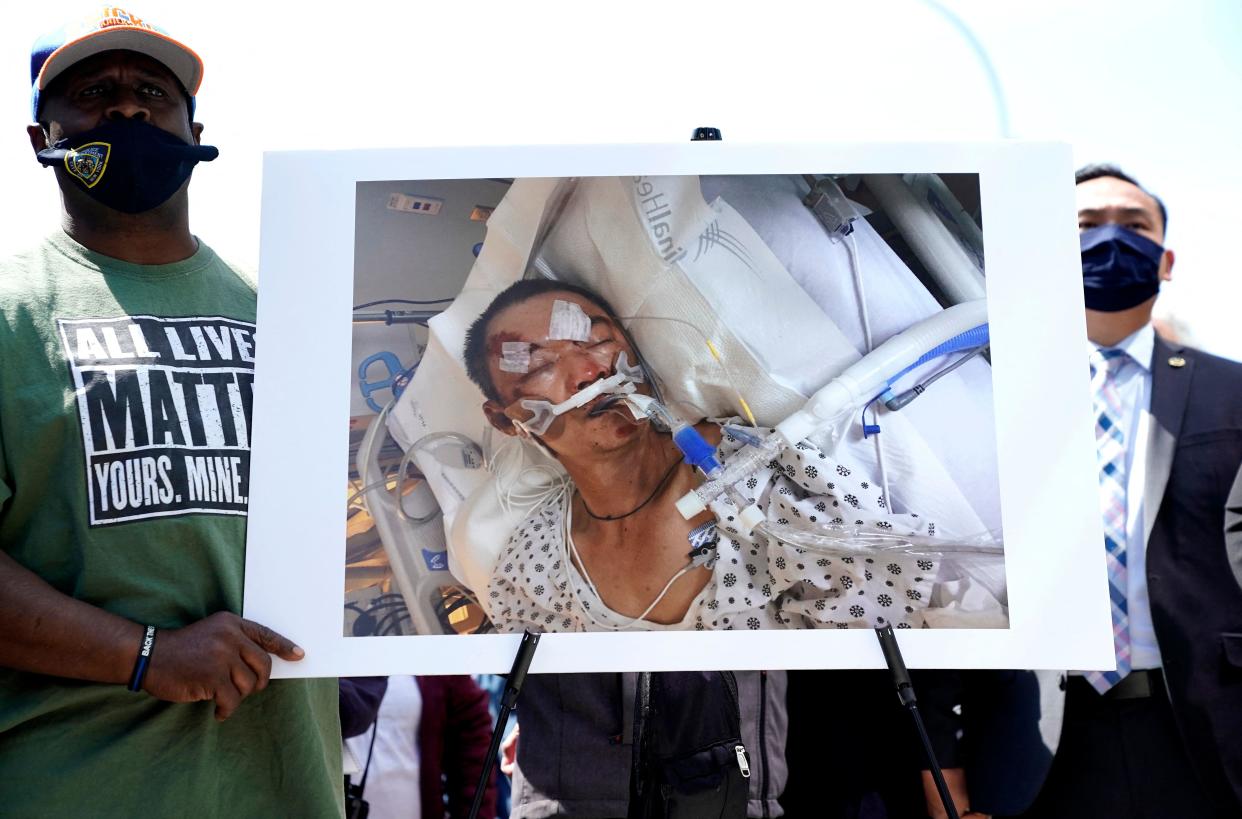 Powell was identified as the suspect using surveillance video and was arrested four days after the assault. In his plea, Powell admitted that he attacked Ma because he was Asian, the district attorney’s office said.

Ma’s wife, Baozhen Chen, told CBS New York back in April 2021 that their family had immigrated to the U.S. in 2018. She said that her husband had lost a dishwashing job and was collecting cans to support his family when he was attacked.

“This unprovoked attack took the life of Yao Pan Ma and took away a sense of security for so many in the AAPI community in New York,” Manhattan District Attorney Alvin Bragg said in Thursday’s statement.

Powell is scheduled to be sentenced March 9.

Tornadoes cause major damage in Southeast

Ken Burns on his new photographic history of America