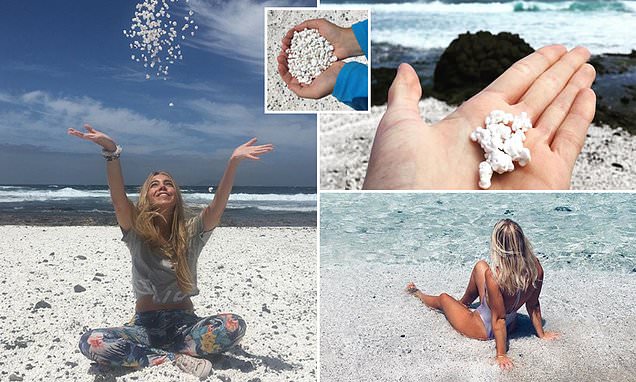 Surreal Canary Island beach where the sand looks like popcorn

Snacks on the beach: The bizarre Canary Island tourist spot where the sand looks like POPCORN

It looks like any other white pebbly beach, but look closer and the pebbles could be mistaken for pieces of popcorn at this beach in the Canary Island’s which is taking social media by storm.

In a video clip of the surreal Popcorn Beach, which was posted on Instagram, it shows the waves crashing onto the dark rock formations which hug the shoreline, giving an even more dramatic visual effect to the white pieces of coral and volcanic rocks dotted all over the beach.

Social media sites are always full of photos of breathtakingly exotic pink, red and black sandy beaches from around the world, but this time, travel bloggers and Instagrammers have flooded social media sites with photos of an unusual looking popcorn-shaped sand on a craggy beach in the Canary Islands. 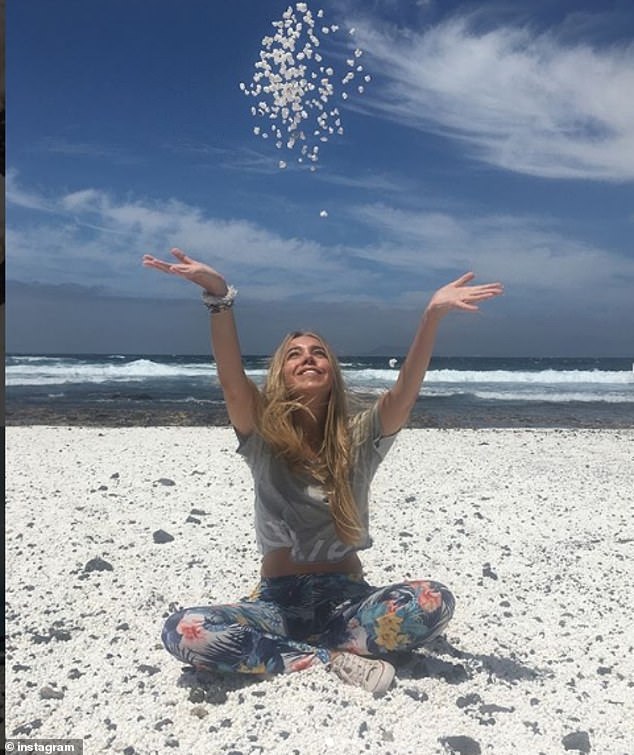 The popcorn-shaped sand lends its name to Popcorn Beach or Popcorn Bay as it is known by tourists, situated on the Canary Island of Fuerteventura 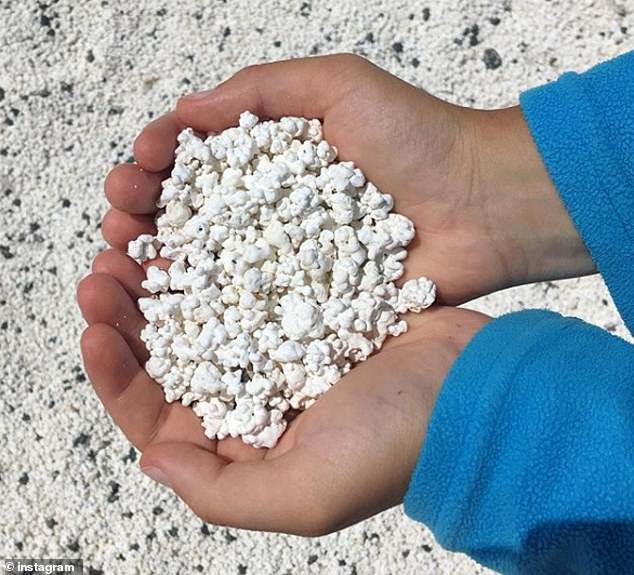 The small white chunks of coral which have been eroded by the waves intermingle with black volcanic rocks and sand, making it look like popcorn

The surreal-looking beach is located in Corralejo, which is a town on the island of Fuerteventura.

The white coral, which has been eroded by the sea and washed out to shore is intermingled with black sand and volcanic rocks, making it look very much like popcorn.

Fuerteventura is the second largest of Spain’s Canary Islands.

The Canary Islands is an archipelago of volcanic islands that sit in the Atlantic ocean, a mere 100km off Africa’s north-west coast.

The largest of the archipelago’s islands is Tenerife. 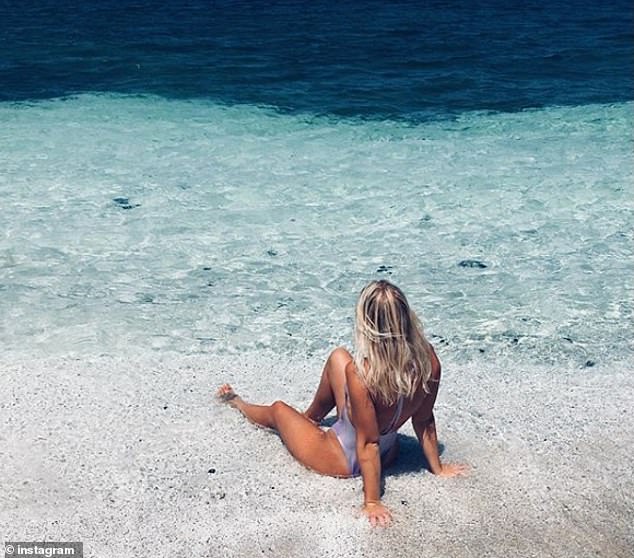 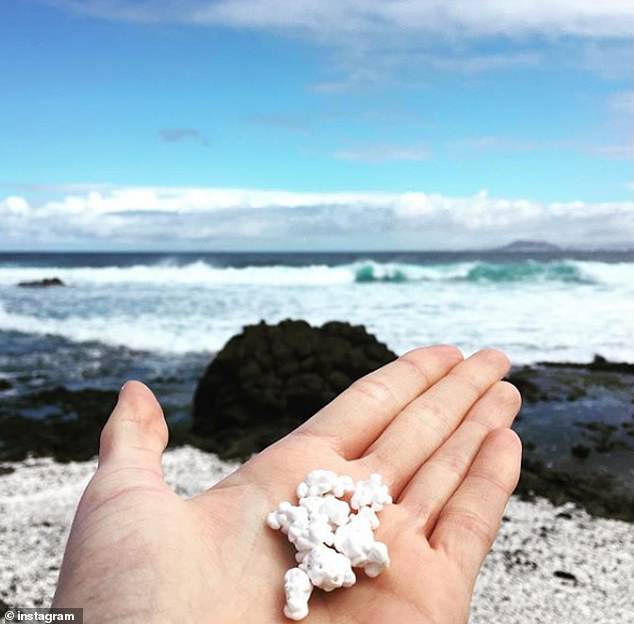 The beach, in Fuenteventura, one of the Canary Islands is dotted with craggy black volcanic rocks, chunks of white coral and black sand, leaving visitors in awe of its surreal beauty 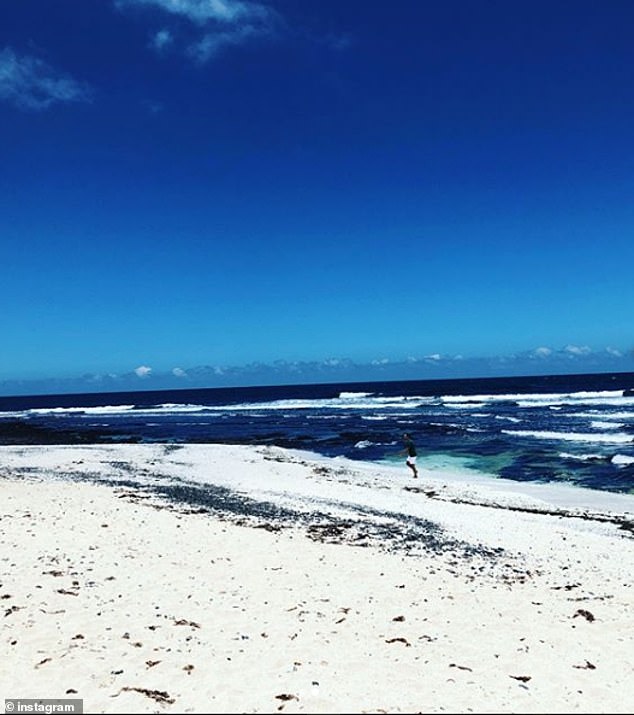 The beach is secluded, allowing for stunning landscape style photos of the untouched beach’s windswept beauty to be captured

Popcorn bay isn’t the only unusual and photogenic beach to have graced social media sites.

The Greek island of Santorini is famous for its red and black sandy beaches, thanks to its volcanic nature.

Thousands of tourists visit the Cycladic island every year and post photos of what could be mistaken for a landscape on the planet Mars, with beaches featuring dramatic and craggy red cliffs hugged by velvety black volcanic sands.

In Crete meanwhile, Elafonisi beach is known for is soft and powdery pink sands which tease the turquoise Aegean waters. 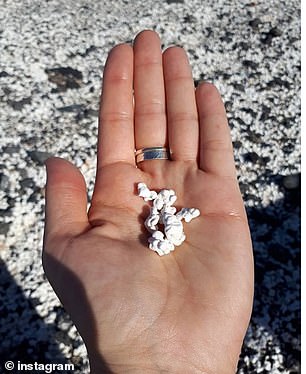 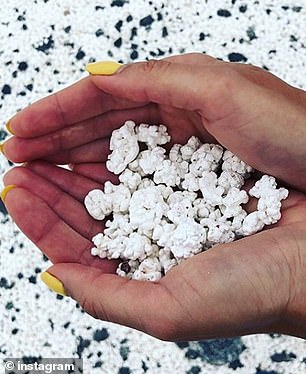 Popcorn Beach is located in a town called Corralejo on Fuerteventura, which is just 100km off the north coast of Africa and popular amongst surfers and windsurfers as well as tourists wanting to take a photo with a handful of this popcorn-like sand 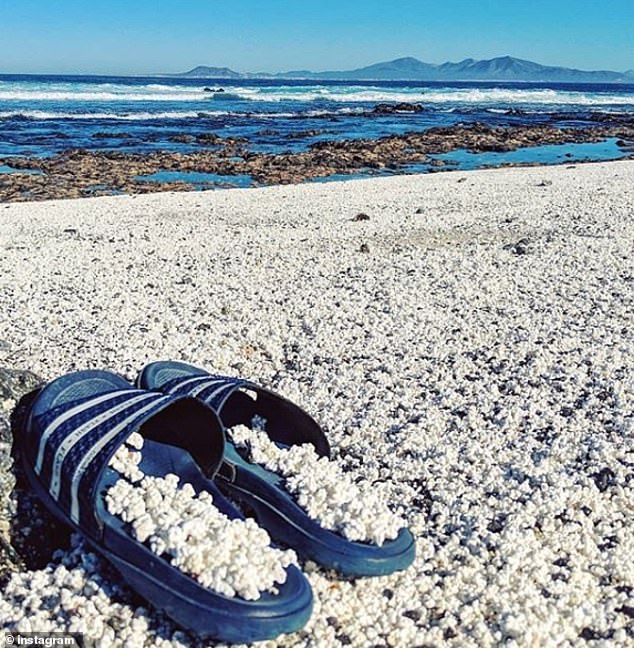 Fuerteventura is popular for watersports, including surfing, windsurfing and waterskiing due to its many beaches interspersed with craggy cliffs and coves