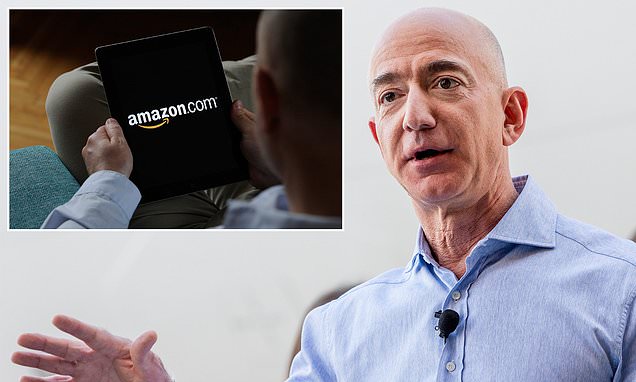 Amazon is benefiting from making their $175billion Marketplace so difficult to run a successful business that top sellers are hiring experts to help reinstate them when their accounts are sabotaged by jealous rivals, it has been claimed.

Some six million third-party sellers competing to become the default account for a product use ‘dirty tricks’ such as buying fake reviews for rivals, posting fake negative reviews or hijacking accounts to get a user suspended, according to an expose from The Verge.

The fraudulent schemes have not only cost banned sellers millions of dollars but due to the notoriously tough process of proving a user is a scam victim, the popularity of independent consultants helping sellers navigate the tricky Amazon Terms of Service has soared and the website could soon bank off their success.

Cynthia Stine – a former seller who currently has two books being sold on Amazon about how to best make money on Amazon – specializes in helping the website’s sellers tackle the extremely difficult process of proving their innocence in the brand’s own version of court.

Independent consultant Stine claims she has heard the e-commerce platform is even planning on listing businesses like her own, eGrowth Partners, as more users search for experts to help them end their suspension quickly and return to earning via the site.

Scroll down for videos 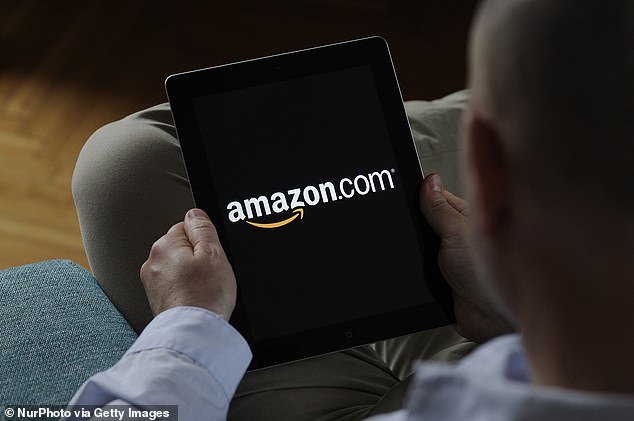 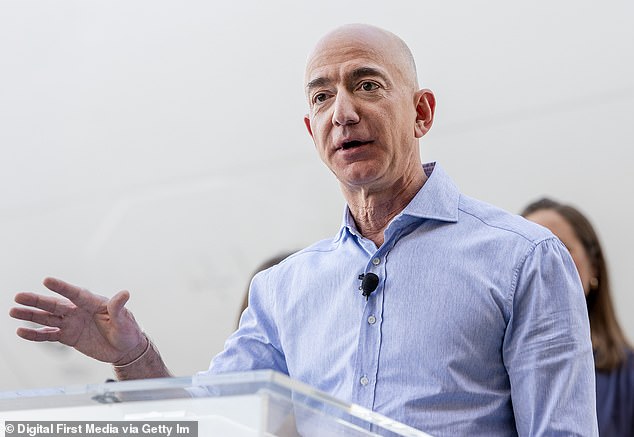 She said about her eagerness to be listed on the alleged forthcoming section: ‘I figure I’m going to get everything I can out of it while the getting’s good.’

The stringent terms and conditions are designed to tackle counterfeiters, money laundering and stolen goods sold via the Marketplace which raked in more than double the $83million in sales from Amazon Retail this year.

While brands may want to avoid Amazon Marketplace altogether, they often feel they have no choice because someone else will simply resell their products on their and earn a profit.

But some sellers have used Amazon’s notoriously strict rules and complicated process of suspension and reinstatement to trick the website’s algorithm, which uses certain keywords to flag concern or considers the click-through-to-buy rate when decide whether to punish a user.

With Amazon taking in $19billion in the first half of this year from Marketplace, 18 percent of the entire revenue of the $1trillian company, sellers rely on it so much for business that some scam victims have even paid off insiders to unblock their account, according to Stine. 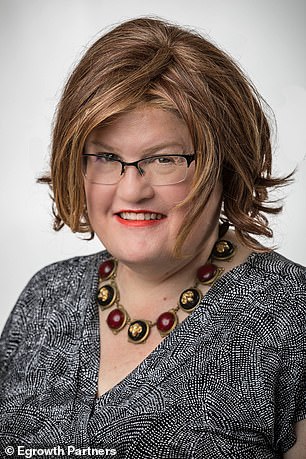 It’s something Stine believes is worthwhile for sellers who have tried to send complaints about ‘dirty seller tricks’ directly to Amazon CEO Jeff Bezos.

It’s similar to a September Wall Street Journal report that said an employee had been fired for sharing internal data to help one business take down others, as part of a bribe.

Although that individual has since been let go, the Verge reports it has since seen similar communication on WeChat since then.

Stine’s clients include businesses that have lost hundreds of thousands of dollars in potential earnings while they wait in limbo for Amazon to decide their fate.

The Marketplace acts as their warehouse, shipping company, and operates the business’ financial systems.

He told The Verge: ‘If they don’t get their Amazon account back, they might be insolvent, laying off 10, 12, 14 people, maybe more.’

Stine claims that the website’s rules don’t state exactly how they can get themselves back on the platform but says she has learned Amazon wants the blocked user to admit guilt and explain how they will rectify the problem rather than proving their innocence. 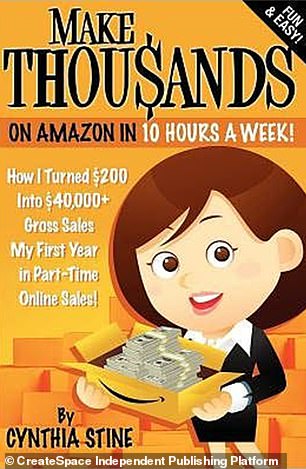 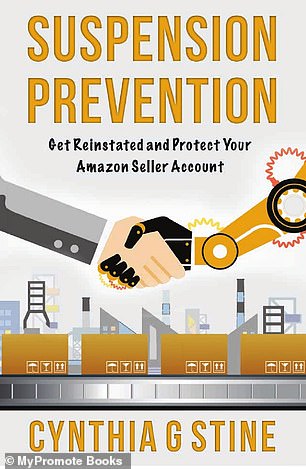 Her 25-employee business works with 100 suspended clients to find any minor way they can ‘confess and repent’.

Stine’s East Dallas-based operation thrives because sellers can explain their issue to a human – a service Amazon doesn’t offer – helping the many users who would otherwise have no idea how to resolve a dispute. The problem could stem from anything such as wooden photo frame giving a buyer a splinter to a dog toy being too chewy but both users rating the products with the maximum of five stars and not actually registering a complaint.

On the other hand a ‘not as described’ complaint could be that shoes were too small, so seller might add a note advising the buyer to wear thin socks as a resolution to get their account active again.

Perhaps less obvious ways other business try to wreak havoc is by buying ads for a rival brand that click through to unrelated products resulting in a lower click-through-to-sale rate and generally put the potential buyer off that brand.

Stine summarized Amazon’s vague suspension problem as: ‘I’m putting you in jail but not telling you what you did, now give me a justification for why I should let you out and you won’t do it again.’

But her clients have sought the help of people high up at the company to push for a faster resolution, the report claims. 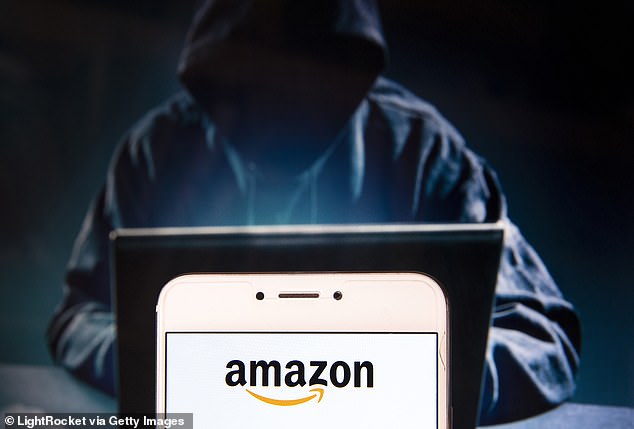 The Verge said the huge imposter problem often persuades harmed sellers to team up with Amazon by enrolling in its fulfillment program, buying Amazon’s labels or making their brand exclusive to Amazon for special protections.

Individuals included in the report suggested only the more successful sellers get tangled up in the complicated process that results in punishment from Amazon – the largest e-commerce business in world that controls half of online retail in US.

Kevin Harmon sells books and DVDs from North Carolina and said the company froze $20,000 of his money over a damaged DVD.

‘Amazon is a clear monopoly that is somehow being allowed to destroy industry after industry,’ he claimed. ‘They don’t crush you when you’re small. They wait until you’ve got employees and lease obligations and business loans and warehouses full of product, and THEN they reveal that they don’t need you anymore.’

Stine added: ‘We tell people: whenever you’re successful on the Amazon, you have a target on your back.’

Performance teams in India and Costa Rica have to work with restricted processing forms that don’t provide opportunity for a personalized resolution.

The report also noted that employees must deal with a claim every four minutes and reinstating users counts against their incentives.

Amazon told The Verge in a statement that they are very strict about their process. 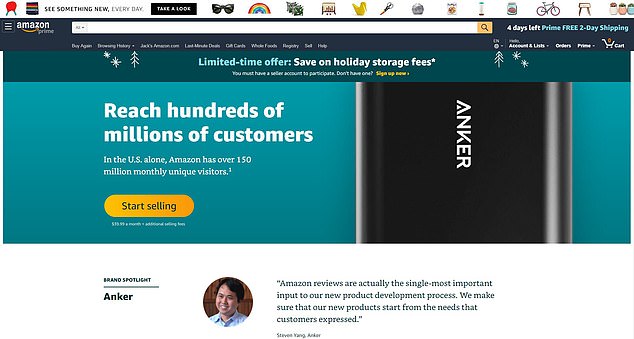 In fact, one seller included in the report noted that a year since their listing was hijacked and they received $2million in damages after going to court, Amazon still hadn’t reinstate their account until the patent office website updated their information.

‘We have zero tolerance for abuse of our systems and if we find bad actors who have engaged in this behavior, we will take swift action against them, including terminating their selling accounts, deleting reviews, withholding funds, and taking legal action,’ the company wrote.

Swapping registered emails on the US Patent and Trademark Office can be done without a password and tricksters have used it to register in a popular company’s name on Amazon.

But Amazon insisted to The Verge that the occurrence is rare said they use machine learning to help stop fraudsters while ‘working closely with brands, the USPTO, and others to continue to strengthen our protections and stay ahead of these bad actors’.

Amazon said in the statement: ‘In order to protect both customers and sellers, we have selling policies that all sellers agree to and we take swift action against those that violate them.

‘We have an appeals process where sellers can explain how they will prevent the violation from happening in the future or let us know if they believe they were compliant.’

Hillary Clinton writes girl who lost election by one vote: ‘I know too well, it’s not easy’
World News