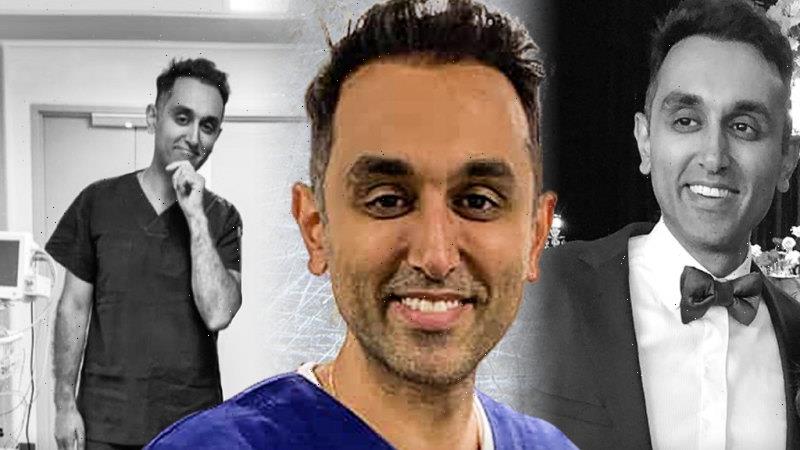 Surgeons, priests and media friends: Inside the fight to publish cosmetic investigation

From the moment the founder of the country’s biggest provider of cosmetic procedures, Joseph Ajaka, realised his lucrative Brazilian Butt Lift and liposuction business was the subject of a media investigation, he pulled out all the stops to kill or neuter the story.

In a pre-emptive strike, he muscled up legally, hiring celebrity lawyers who rushed to the courts, as well as employing some unorthodox methods to protect the brand. 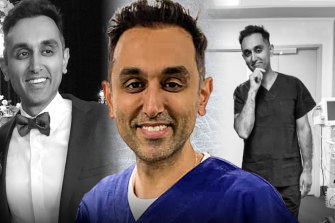 Patients, a GP and media friends or associates all became part of a complex plan to try to torpedo a joint 60 Minutes, Sydney Morning Herald and The Age investigation into the billion-dollar cosmetic surgery industry.

The plan was hatched soon after Ajaka received a series of questions and saw a TV promo he suspected might not put him or Cosmos in a good light.

While this was going on, he set about cleansing his social media accounts, including deleting key words from the website and removing more than a hundred videos and posts from Instagram and TikTok.

But it was in the Supreme Court where he rolled the dice. His go-to lawyer, Rebekah Giles, had previously studied a failed injunction attempt in the Federal Court last year by cosmetic surgeon Daniel Lanzer to stop a Cosmetic Cowboys investigation by this masthead and the ABC’s Four Corners. 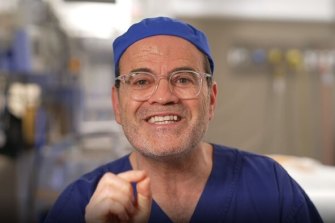 Dr Daniel Lanzer, one of the most followed cosmetic surgeons in the world, retired last year amid an investigation into his conduct.

She has been representing Cosmos for a number of years, including writing hard-hitting legal letters to unhappy patients, threatening them with legal action or a referral to the police, as well as representing some doctors in legal disputes. 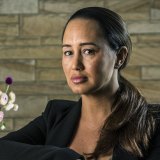 Learning from the Lanzer playbook, she and barrister Sue Chrysanthou took another tack, arguing malicious falsehood in the Supreme Court of NSW to get an injunction or access to the draft story, all of which would buy time.

“What we saw happen at the hands of some of the same defendants last year was a broadcast about a cosmetic surgeon called Dr Lanzer, and there is evidence about this in the affidavit, where allegations of negligence and misconduct were made by Ms Ferguson. He closed his entire practice a week later and was utterly destroyed,” Chrysanthou told the court.

What the court wasn’t told was that the Lanzer practice was rebranded and trades under a different name, and Lanzer retired and left for Israel amid an investigation by the Australian Health Practitioner Regulation Agency, as opposed to being destroyed.

The Lanzer investigation is ongoing but some of his doctors have had a series of conditions placed on the medical registration including Daniel Aronov who can no longer practise as a cosmetic surgeon after being accused of inappropriately filming surgeries, and unsanitary practices. 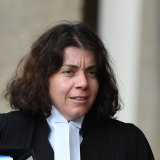 On Friday, May 13, the NSW Supreme Court under Justice Stephen Rothman deemed that the 60 Minutes story was a case of malicious falsehood and that the level of damage that could potentially arise from the publications might be “so great” and irreversible that it was necessary for the draft content be handed over, rather than take the normal route of filing a defamation claim after the fact, if it was warranted.

The order was made without knowing the contents of the story. Rothman saw the questions and a short TV promo, which didn’t mention the industry or Cosmos, but Chrysanthou “anticipate[d] will be quite sensational given the voice and the music that we heard”.

Nine sought a stay on the order to appeal. It did it for reasons that include source protection as well as preserving the integrity of the stories, something that would be severely compromised if a plaintiff and their lawyers were allowed to view draft copies and decide whether they wanted to injunct the story. It was put to the court it would be akin to handing over to the plaintiff the role of editor.

It would take almost a week to get a copy of the court transcript, which turned out to be an edited version of the hearing, with some conversations missing. They included Rothman asking who owned the Herald and The Age, then asking if it was Murdoch and saying words to the effect that Murdoch owns most of the media.

Over the next few weeks, Ajaka and associates used some eyebrow-raising methods to influence the story.

A GP, priest, media contacts and friends, patients and plastic surgeons were contacted, some for “coffee”, some intimidated or emotionally blackmailed.

Numerous messages and calls were made to 60 Minutes staff. One 60 Minutes employee, who had a past association with Ajaka, started receiving calls shortly before the May 13 court case. “Are you still at 60 mins?” he asked the employee. In another message he said: “We are seeking an injunction on them at 3.45 in the courts.” At that time, the Nine lawyers hadn’t been informed they were rushing to the courts.

When the employee continued to ignore the calls, things started to escalate.

That weekend, Ajaka’s wife started to make calls and leave messages, followed by a series of messages from Ajaka: “Hey … I’m reaching out to you as a dear friend. You are someone we have let into our home, someone who has shared our highs (our wedding) our lows (dads death) … Don’t think we haven’t forgotten you. Please call me. Jamal and I need your help.”

It included a screenshot of a photo taken five years earlier with his child and the employee.

By Monday, the employee’s GP called to say: “Joe [Ajaka] rang, wanted your address and wanted to see if I could talk to you…”

The GP told her that Ajaka had wanted her to look up the system for the employee’s home address so he could send his wife to talk to her about a court case and “find out what is in the 60 Minutes story… [60 Minutes employee’s name removed for privacy purposes] is the solution.”

For safety precautions, Nine moved her into a hotel. Then on Thursday, May 19, her GP contacted her again to say Ajaka had continued to call her and had now sent through a photo of the building asking, “is this her place?”

The employee says she received calls from a different mobile number. When she Googled it, Cosmos in Double Bay came up.

Journalists from other networks as well as inside Nine made calls to staff at 60 Minutes wanting to discuss the story. Some were known to be friendly with Cosmos or Ajaka.

There was also a massive push to clean up the website and social media.

Months earlier, he dropped the term cosmetic surgeon from the website and business cards.

Hundreds of posts disappeared from the internet but we captured them all. Posts deleted include Cosmos doctors dancing in theatre rooms, and a video of Ajaka on his knees next to a patient naked from the waist down while a contestant from US reality-TV show The Voice plays the piano metres away.

Other videos removed include an Instagram post by Ajaka of the doctors wearing Vladimir Putin, Kim Jong-un and Donald Trump masks along with the message: “We’ve obtained some RARE footage of these 3 political leaders… #Vladimir Putin, “KimJongUn and @realdonaldtrump… which leader would you pick to do your surgery?!? Head over to @cosmosclinic for more Halloween treats.”

Some of the more risque posts have also gone. They include photos on Instagram posted by Cosmos of women in skimpy outfits wearing devil horns and labelled “#clientof cosmos babes getting their spook on”.

A woman posing on all fours on a coffee table in leopard skin clothing, women with glitter boobs and a patient dressed in bunny ears wearing a one-piece, see-through lingerie and the tag line, “trick or treat? Our gorgeous #clientofcosmos is definitely looking like a treat”. Other posts removed include a video posted by Cosmos using the words “booty-licious” to describe a woman’s BBL transformation.

Curiously, the video of Ajaka performing liposuction while looking at the camera instead of the patient has also gone as well as a post he did after appearing on Sky News, where he said: “F—, I look good on TV. This is why I decided to start up my own clinic.”

But one of the most troubling aspects of the delay to the story was that two patients ended up in hospital after complications at Cosmos in Sydney.

One had a Brazilian Butt Lift and developed a serious infection and was admitted to Prince of Wales Hospital. Another ended up at the Sydney Adventist Hospital, the San, in Wahroonga, NSW.

In October, this masthead finally got a series of stories into the clinics of celebrity cosmetic surgeon Daniel Lanzer but not before an attempt to injunct it, as well as sending threatening legal letters to plastic surgeons and former staff not to speak up or face damaging legal action and in the case of plastic surgeons the release of a dirt file on botched surgeries.

When the stories appeared, hundreds of patients came forward with shocking stories. One woman ended up in ICU in a critical condition after bleeding extensively on a hotel bed as her partner tried to contact the doctor who had performed the cosmetic surgery on her the day before.

The stories exposed flaws in the system that allow a doctor with a basic medical degree to call themselves a cosmetic surgeon and perform complex surgeries, including facelifts and tummy tucks, with minimal training. They also showed how health authorities give up to six weeks’ notice of an audit, which allows practitioners to make the facilities look ship shape.

These types of stories are in the public interest. They save lives.

The shenanigans that have gone on by Cosmos and Ajaka in an attempt to stop the story has clogged up the courts, threatened media freedoms with the purpose of identifying sources in an attempt to kill the story.

It prompted NSW politician Abigail Boyd to make a speech in parliament, warning what was at stake. “[The] events in the NSW Supreme Court should concern every journalist in Australia and anyone who cares about holding corporations and powerful elites to account for egregious conduct,” she said.

“The floodgates will open for the rich and powerful to wield the powers of the court if they suspect they will not like the story being told about them.

“If this order is upheld, it would send a chilling shock wave through the public interest journalism world, to the detriment of our democracy and to the benefit of the rich and powerful.”