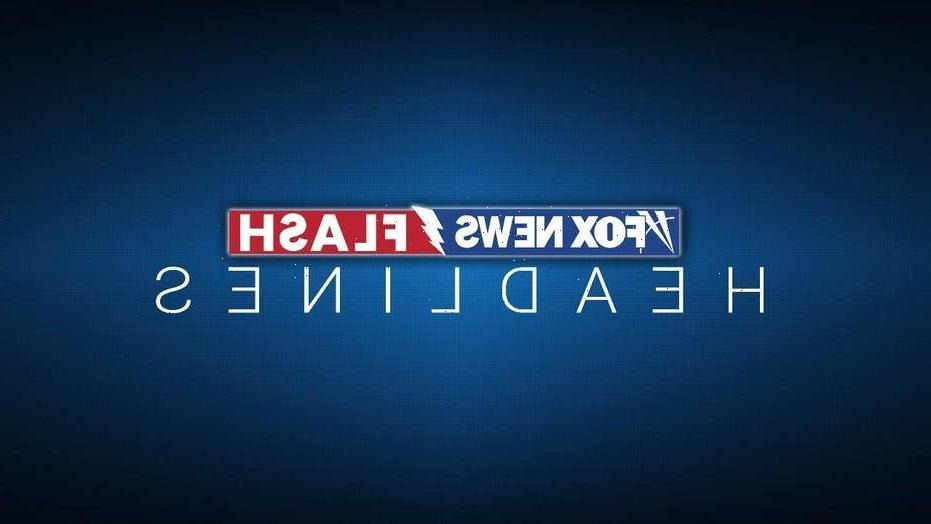 Recordings of 911 calls after an oceanfront Florida condominium building collapsed in the middle of the night show disbelief, panic and confusion as people tried to comprehend the disaster.

“Oh my God! The whole building collapsed!” one caller said to a dispatcher at the Miami-Dade Police Department, which released the recordings Wednesday from the June 24 collapse of Champlain Towers South. The names of the callers were not released.

“We’ve gotta get out. Hurry up, hurry up. There’s a big explosion,” a second caller said. “There’s a lot of smoke. I can’t see anything. We gotta go. I can’t see nothing but smoke.”

At least 97 people died in the collapse, and a handful of others are still missing. A cause has not yet been pinpointed, although there were several previous warnings of major structural damage at the 40-year-old building in Surfside.

One 911 caller, a woman, said she saw what appeared to be a large depression near the swimming pool, which had concrete problems that investigators are looking into as they try to identify a cause.

“I woke up because I was hearing some noise. I couldn’t understand what was happening. I looked outside and I saw the patio area sinking down. The pool area started sinking down,” the caller said. “There are many parts of the building that went down. The building just went into a sinkhole. There will be many, many people dead.”

Yet another female caller said she was stuck near the building parking garage and needed help. Part of the condo remained standing after the collapse but was taken down later by a demolition crew.

“Can somebody help me get out, please? If the building comes down, it will come down on my head,” the caller said.

Release of the calls Wednesday came as a judge approved the sale of the oceanfront property, with proceeds intended to benefit victims of the deadly disaster.

At a hearing, Miami-Dade Circuit Judge Michael Hanzman ordered that the process begin to sell the site of Champlain Towers South, which could fetch $100 million to $110 million, according to court records.

“He wants us to start exploring a potential sale,” Goldberg said of the judge in an email. “He did say he wants the land to be sold and the proceeds to go directly to the victims as soon as possible.”

Goldberg said the decision did not necessarily preclude a buyer from turning at least a portion of the site into a memorial, as some people have advocated. Other survivors want the structure rebuilt so they can move back in. 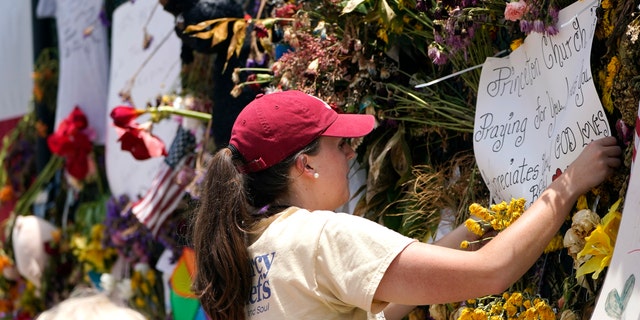 Molly MacDonald, with Mercy Chefs, hangs a sign on behalf of Princeton Church at a makeshift memorial remembering the victims of the nearby collapsed Champlain Towers South building, Wednesday, July 14, 2021, in Surfside, Fla. Mercy Chefs has set up a mobile kitchen to feed search and rescue teams working at the site three meals a day. (AP Photo/Lynne Sladky)

Hanzman’s ruling came as part of a series of lawsuits filed in the wake of collapse. The judge put the lawsuits on a fast track and authorized Goldberg to begin disbursing Champlain Towers insurance money to the victims and families.

The judge also approved returning $2.4 million in deposits that some Champlain condo owners had already made toward an assessment to pay for $15 million in planned major repairs.

In nearby Miami Beach, residents of an 82-year-old, two-story apartment building were ordered to evacuate because of concrete deterioration. The city ordered the evacuation of Devon Apartments on Monday and is giving residents until next Monday to leave the building, city spokeswoman Melissa Berthier said in an email Wednesday.

The apartment building is about 2 miles from Champlain Towers South.

After the collapse, Miami-Dade Mayor Daniella Levine Cava ordered an audit of all buildings over 40 years old. A condominium in nearby North Miami Beach also was ordered evacuated over safety concerns shortly after that audit started.

The collapse left officials around the county grappling with concerns about older residential buildings.

Manny J. Vadillo, an attorney who represents the owners of the Devon Apartments, told WTVJ that they have worked “diligently” with the city since deciding in May to demolish the building by December.

He said they have started to “vacate the building in an orderly fashion,” adding that 14 people remained inside. He said the owners are helping residents move.

“My clients are extremely sensitive to safety and, in fact, visited the property several times since last week to speak with tenants when communications started with the city to ensure tenants were not caught by surprise,” Vadillo said. “Some tenants have been there many years.”

Resident Esmart Romero told WSVN that he was not surprised the city deemed the building unsafe.

“If you look at the condition of this apartment, it’s not good,” Romero said. “You get what you pay for.”