Steven Tyler is accused of sexually assaulting a 16-year-old girl in the 1970s: ‘Victim’ files lawsuit claiming she is the ‘teen bride’ in Aerosmith singer’s memoir after he convinced her mom to grant him guardianship 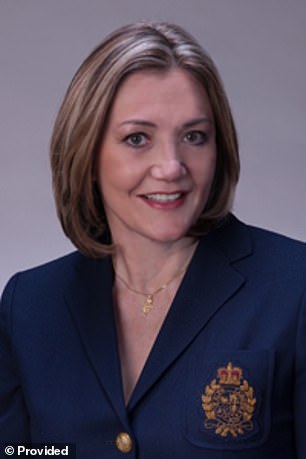 Aerosmith star Steven Tyler has been accused in a lawsuit of sexually abusing an underage girl when she was 16 and he was 25 in the 1970s.

Julia Holcomb filed the lawsuit in Los Angeles in the final days of a California law that temporarily lifts the statute of limitations for such claims under a ‘look-back’ window that ends on Saturday.

The suit, first reported by Rolling Stone, does not name Tyler, identifying him as ‘Defendant Doe,’ but it quotes directly from Tyler’s 2011 memoir describing the relationship.

Holcomb has also previously spoken publicly about her alleged relationship with the rock star.

Holcomb in the lawsuit accuses the music legend of sexual assault, sexual battery and intentional infliction of emotional distress, alleging that he plied her with drugs after gaining guardianship from her mother and pressured her into an abortion.

A representative for Tyler did not immediately respond to a request for comment from DailyMail.com on Thursday night. 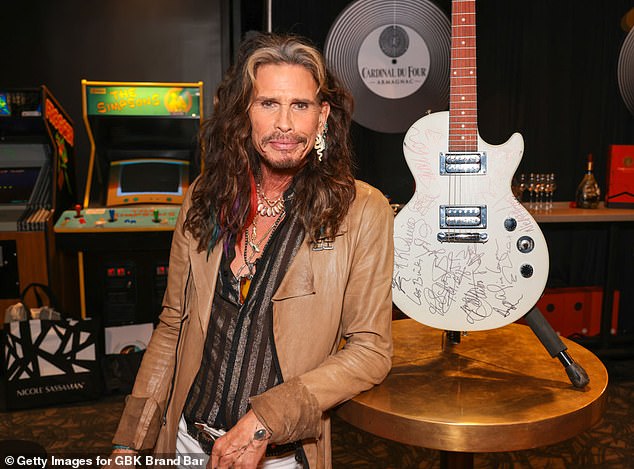 The suit, first reported by Rolling Stone, does not name Tyler, identifying him as ‘Defendant Doe,’ but it quotes directly from Tyler’s 2011 memoir describing the relationship

Though it did not name Holcomb, Tyler’s memoir fondly described his roughly three-year sexual relationship with a teen girl in the 1970s.

‘She was sixteen, she knew how to nasty, and there wasn’t a hair on it,’ Tyler wrote in the book, which names the girl as ‘Diana’.

Tyler wrote in the book he ‘almost took a teen bride’ and that ‘her parents fell in love with me, signed a paper over for me to have custody, so I wouldn’t get arrested if I took her out of state.’

‘With my bad self being twenty-six and she barely old enough to drive and sexy as hell, I just fell madly in love with her,’ he wrote. ‘She was a cute skinny little tomboy dressed up as Little Bo Peep. She was my heart’s desire, my partner in crimes of passion.’ 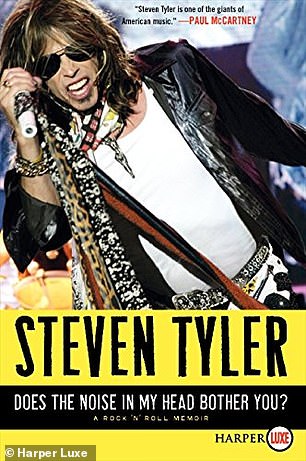 Holcomb’s lawsuit alleges that she met him in 1973 shortly after her 16th birthday, when she attended an Aerosmith concert in Portland, Oregon and returned to Tyler’s hotel room after the show.

The suit claims that after discussing Holcomb’s age, Tyler ‘performed various acts of criminal sexual conduct upon’ her.

According to the lawsuit, the relationship progressed and Holcomb ‘was powerless to resist’ Tyler’s ‘power, fame and substantial financial ability.’

In 1974, Tyler convinced Holcomb’s mother to grant him guardianship over her so they could travel across state lines, the suit alleges, echoing Tyler’s memoir.

Though Tyler had promised to take care of the teen and pay for her education and healthcare, he ‘instead continued to travel with, assault and provide alcohol and drugs to Plaintiff,’ the suit claims. 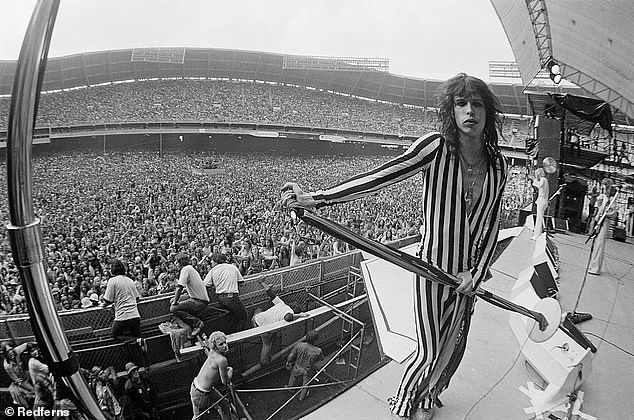 Steven Tyler of Aerosmith performs live on stage at RFK Stadium in Washington DC in 1976. The suit says Holcomb’s relationship with him lasted from 1973 to 1976

The following year, Holcomb says she became pregnant with Tyler’s son when she was 17, but that he pressured her into an abortion after an apartment fire, claiming the baby might have been injured by smoke inhalation.

Tyler mentions the fire in his memoir, but not the abortion. However, an Aerosmith autobiography in 1997 references a relationship with a teen girl, the apartment fire, and an abortion.

Holcomb converted to Catholicism following her alleged relationship with Tyler, and became an anti-abortion activist who has repeatedly spoken out about her experience.

In 2011, after Tyler published his memoir, she wrote an essay for anti-abortion website website LifeSiteNews.com, claiming Tyler snorted cocaine at her bedside during her abortion. 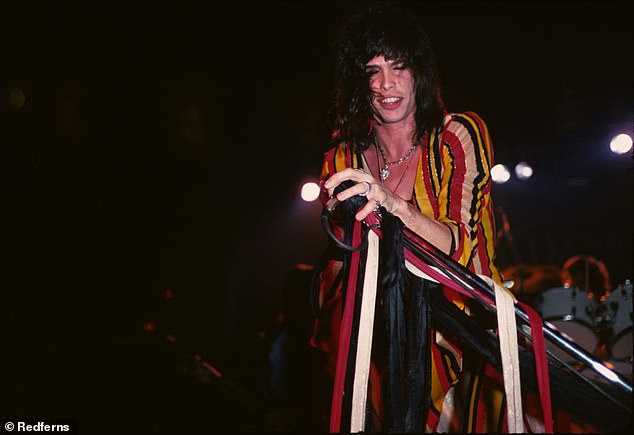 In 1974, Tyler convinced Holcomb’s mother to grant him guardianship over her so they could travel across state lines, the suit alleges, echoing Tyler’s memoir

‘I met Steven Tyler when I was just 16 years old, and he became my legal guardian,’ she said in the interview.

‘He made the decision that he wanted me to have an abortion…and it didn’t really matter how I begged to keep my baby, that decision really wasn’t going to be in my hands.’

The lawsuit was filed under the California’s Child Victims Act, which created a three-year window for filing civil suit over child sexual abuse claims. The window expires on December 31.