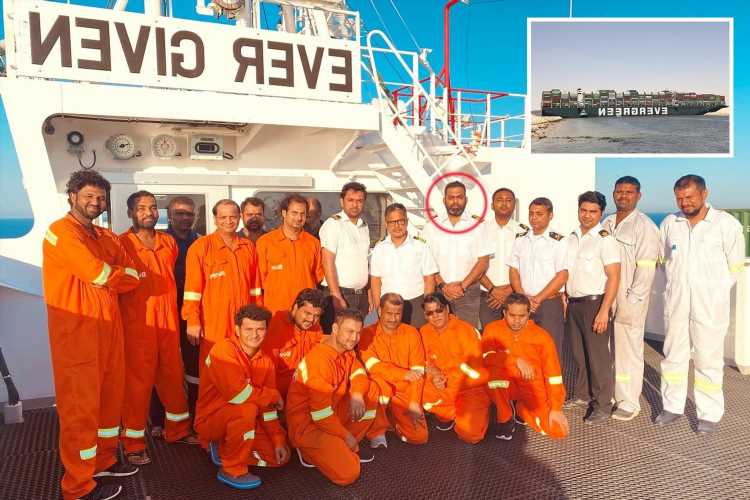 THIS is the first picture of the captain and crew of the giant container ship Ever Given that brought world trade to a halt after she became stranded in the Suez Canal.

Captain Krishnan Kanthavel was at the wheel of the 1,312ft vessel, when it got stuck fast in the Egyptian shipping lane for six days before it was eventually freed by a team of diggers and boats. 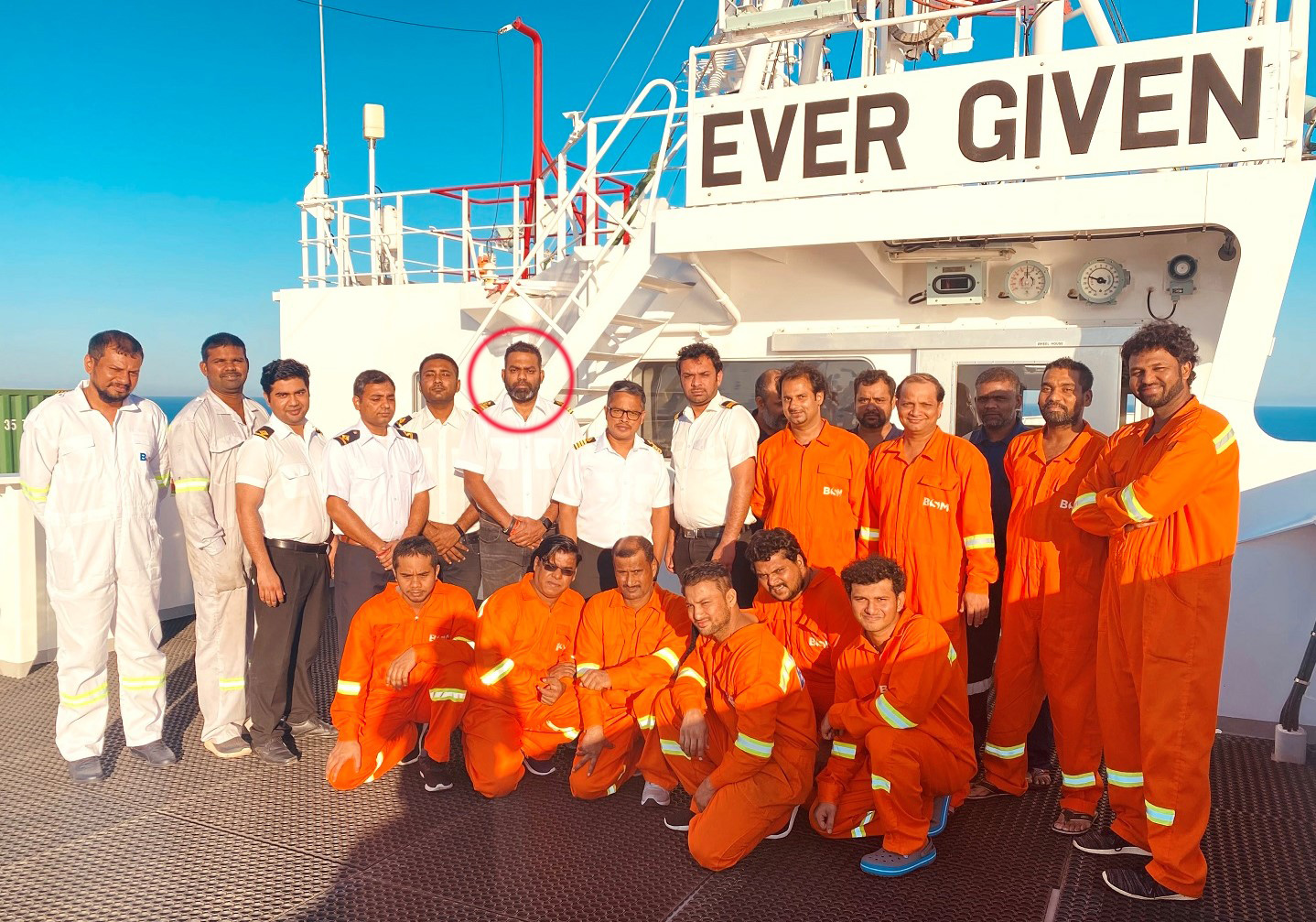 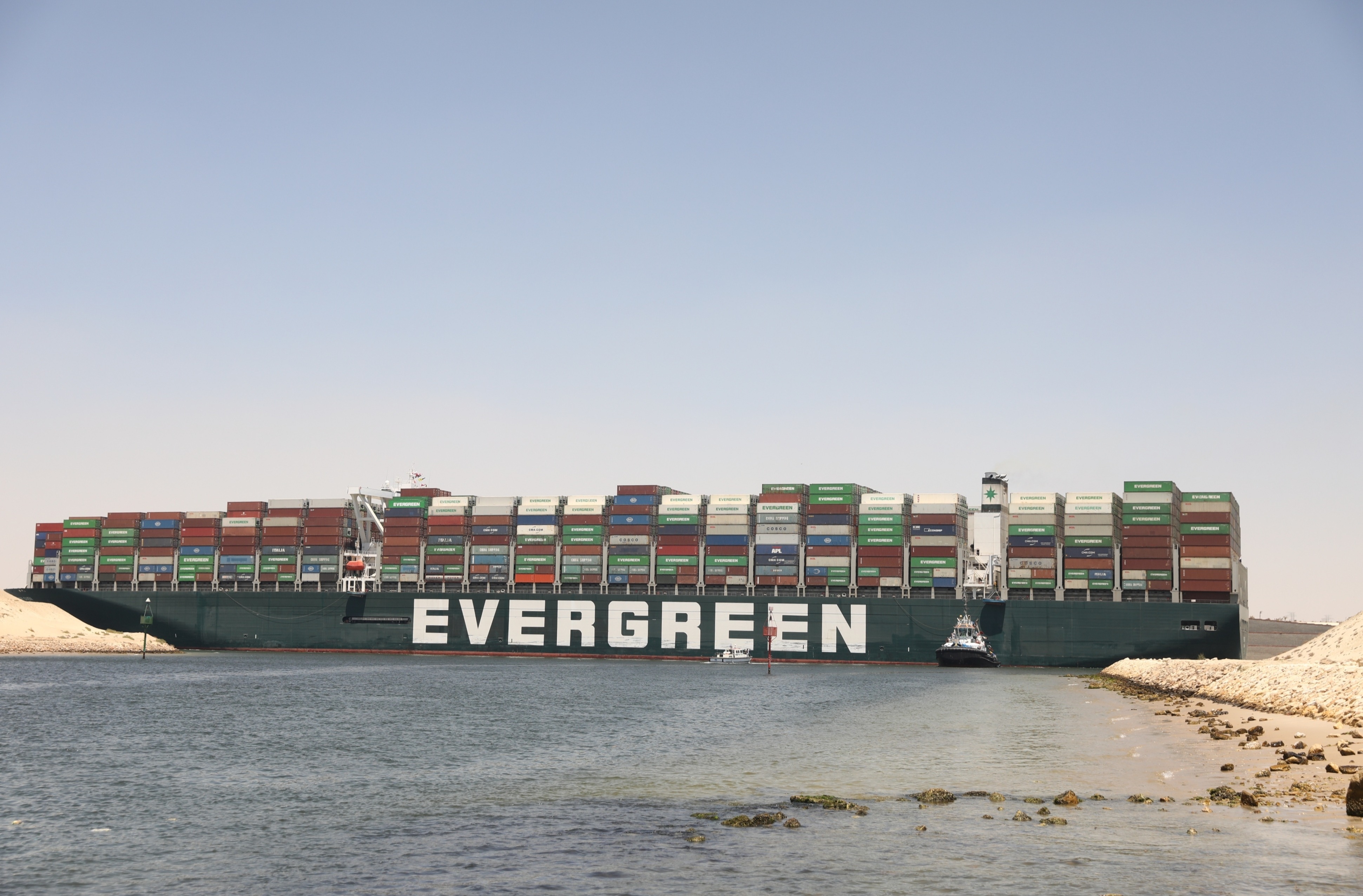 While wedged in the canal, global business ground to a halt as ships could not get through holding up deliveries with the knock-on effects still being felt more than four months after the incident.

Capt Kanthavel, who was trained in the UK, and his 25 man crew spent weeks in the Great Bitter Lake holding section of the canal while a $1 billion compensation package was sorted out between the Ever Given owners and the Suez Canal Authority.

It meant that customers – many of them in the UK – were unable to get their hands on goods in the estimated 20,000 containers onboard the ship.

The canal is a vital through route for ships coming from Asia and heading to Europe and avoids the long trip around Africa.

Experts say the blockage cost world trade an eye watering £7billion a day as more than 400 ships were held up during the massive operation to free her.

Egypt says it lost $15million in transit fees for each one and is refusing to let the Ever Given continue its voyage.

Our exclusive picture – which was provided to The Sun by the National Union of Seafarers of India – shows captain Kanthavel and replacement skipper Hanse Kurisinkal.

Earlier this month the Ever Given finally left the Great Bitter Lake and headed towards the Dutch port of Rotterdam where she is expected to arrive on July 28 before heading to Felixstowe, Suffolk, where she will dock on August 3.

On board the ship is a varied consignment of goods worth more than £650 million including lemons, bamboo and tofus which is thought to have rotted away, as well as computers, laptops, mobile phones, aircraft parts, sun loungers, Ikea soft furnishings, barbecues and camping equipment which should all have been in stores months ago.

Abdulgani Serang, general secretary of Mumbai-based National Union of Seafarers of India, told The Sun: “I spoke to the captain as the ship started proceeding on its voyage after nearly four months.

"All of them have a positive disposition and this has been a big victory for Indian seafarers who were professionally discharging their duties.

"Their passion and commitment on Ever Given during the entire crisis is well acknowledged."

Ship owner Shoei Kisen Kaisha Ltd was also appreciative of the crew, who said in a statement: “We would like to take a moment to specially acknowledge the Ever Given’s master (captain of the ship), officers and crew who played a vital role in the safe refloating of the vessel and in her maintenance over of the last few months.

"We would further like to acknowledge the families of the crew who have faced the uncertainty of not knowing when their loved ones would return. We thank the crew of the Ever Given.

"Your hard work and professionalism exemplifies the very best of those who serve at sea."

Last night the ship was heading west out of the Med and towards the Atlantic after being held up for several days because of bad weather south of Sicily.

Several investigations have been opened into the incident but as yet no official outcome has been announced, with the blame shifting between Suez Canal pilots who were guiding the Ever Given and bad weather which blew her off course.

Egypt announced plans in May to further widen and deepen the section of canal where the Ever Given got stuck, and more recently that it would purchase a fleet of more powerful tugboats, a support vessel and cranes that could lighten the load of any future grounded ship. 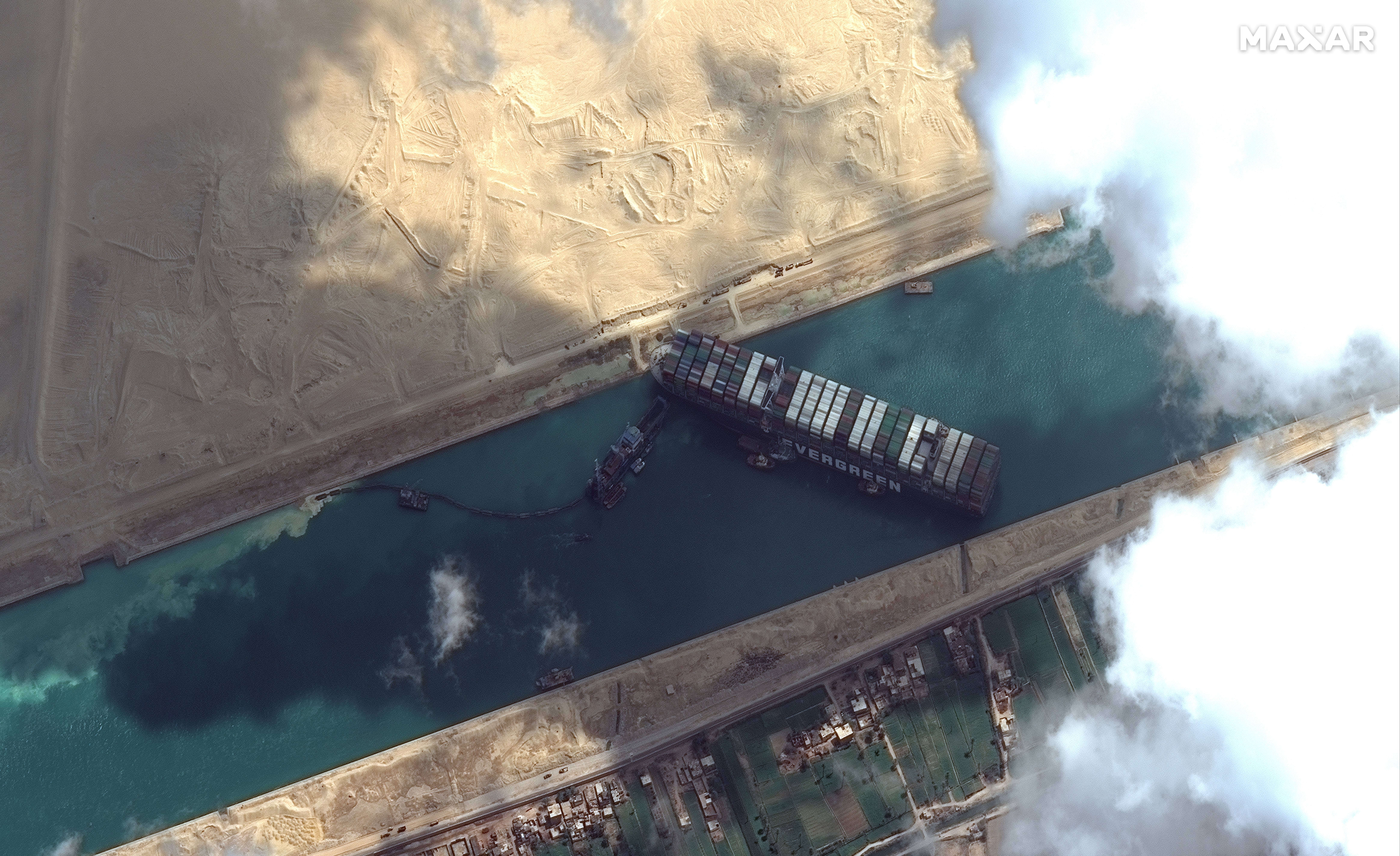