Home » World News » ‘Suddenly I have no paycheck’: layoffs and cuts for workers rocked by coronavirus 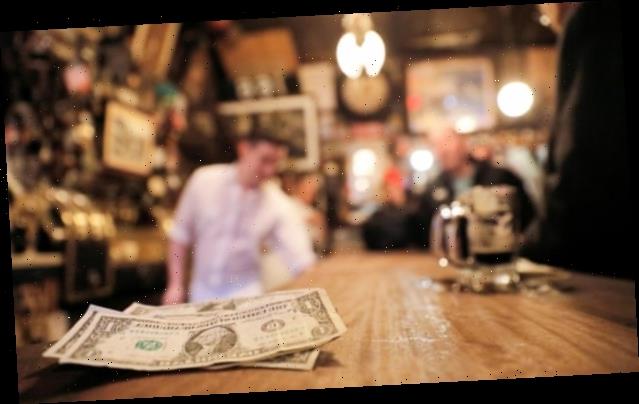 ‘Suddenly I have no paycheck’: layoffs and cuts for workers rocked by coronavirus

Nevin Muni, 52, has always had an unpredictable schedule working in a stockroom at TJ Maxx in Queens, New York. She regularly works about 20 hours a week after being requested to come in on unscheduled days.

To make ends meet, Muni has relied on working additional jobs, including as a Turkish language teacher, and most recently was signed up to work at a polling site for a local election. As the coronavirus epidemic has roared across the US and the country has started to shut down, she’s now lost both those jobs and her hours at TJ Maxx have reduced to one eight-hour shift a week.

“We are trying to make do. I’m looking for another job, but there are no other jobs. There is no hiring. I’m thinking at home: what can I do? I don’t know,” Muni told the Guardian.

Muni is one of millions of workers across the US who are feeling the impacts of the coronavirus on the economy, or will do soon, as mass layoffs and cuts hit, with workers already in precarious situations being struck the hardest.

Many corporations are not paying their workers, extending health insurance benefits, or offering severance in the case of layoffs or reduced schedules caused by the coronavirus.

Andres Giro has worked as a waiter at the 21 Club in Manhattan, New York for 32 years, and is now laid off indefinitely as restaurants throughout the state have been ordered to close.

“We’ve never been through anything like this. Nobody knows how long we’re going to be closed,” he said. “We don’t know what’s going to happen with our health insurance, how we’re going to get paid. I don’t know the deal with filing for unemployment. They haven’t told us anything about it.”

A 21 Club spokesperson told the Guardian all benefits would continue and workers remain employees through the temporary closure.

Research has shown workers who experience layoffs suffer damaging effects to their mental and physical health, which could worsen under the current economic conditions caused by the coronavirus as businesses are closing or imposing hiring freezes.

“For the victims of layoffs, there is a connection between the severity of their financial distress and their mental and physical health outcomes,” said Paul Davis, a professor at Cornell University’s School of Industrial and Labor Relations.

“While reports of depression, apathy, fear, weight loss, poor sleeping, physical pain, and weakened immune systems are all common among layoff victims, these effects can be exacerbated for those in dire financial straits.

“For laid-off hospitality and travel workers, who have few options for reemployment due to reduced consumer demand and government mandated closures and thus little control over their immediate financial situations, the consequences of the layoffs may be devastating.”

According to Moody’s Analytics, nearly 80 million jobs in the US are currently at risk due to the coronavirus, more than half of the jobs in the US economy. Impacts are being felt throughout the retail, food, hospitality, service and entertainment industries with many businesses and productions completely shutting down.

“They pulled the plug on productions last week and suddenly I have no paycheck,” said Hollie Martin, who works in television production as a freelancer in Los Angeles, California.”I also won’t have health insurance in 30 days. To make matters worse, my husband owns a summer camp. All of his sales have completely stopped. We’re trying to be optimistic, but it’s hard.”

Christina Navarro, a housekeeper at the Hilton Hotel in Beverly Hills, California for 15 years, has seen her scheduled shifts dwindle.

“I’m a single mother with a son in school who I’m taking care of. My hours have been reduced at work. Yesterday was my last day for the whole week, I’m on call the rest of the week,” said Navarro. She recently filed for unemployment benefits, but those fall short in making up for the lost income. “I have an elderly mother in El Salvador who I have to constantly send money to make sure she’s taken care of. It’s difficult to worry about not being able to do that.”

A Hilton Hotels spokesperson said their properties are implementing various actions in response to coronavirus related downturns in business.

In Hawaii, the tourism industry, which makes up over 20% of the state’s economy and employs around 216,00 people, has nearly halted entirely. Andrea Grabow, a waitress at the Sheraton Hotel in Waikiki for 24 years has been out of work since 1 March. She is still waiting to receive unemployment benefits.

“We have no income, but we all still have bills. We still have to pay rent and electricity,” said Grabow. Her partner was also laid off from two of his three jobs, and they are looking to move into a smaller apartment with their two children because they will no longer be able to afford their rent.

A spokesperson for Marriott International, which owns Sheraton Hotels, told the Guardian they will continue health benefits for workers, but only provide income protection through short term disability for workers who get sick.

Coronavirus map of the US: latest cases state by state

“We are not getting paid if we take off work for this. Our schools are closed. Many people cannot come to work because they don’t have anyone taking care of their children. It’s really hard on a lot of people,” said Cassie Ludwig, a medicare and federal healthcare marketplace call center worker in Kentucky for Maximus, the largest call center contractor for the federal government.

“We are facing attendance hours placed against us. We only get 64 hours throughout the year we’re allowed to miss before you’re terminated.”

Kentucky has closed all public school districts until at least the end of month, ordered all bars and restaurants closed to dine-in service, ordered all daycare centers to close, and postponed primary elections until June. Workers have started a petition for Maximus to change its attendance policy so workers are not penalized for missing work through the coronavirus.

TJ Maxx and Maximus did not respond to multiple requests for comment on this story.