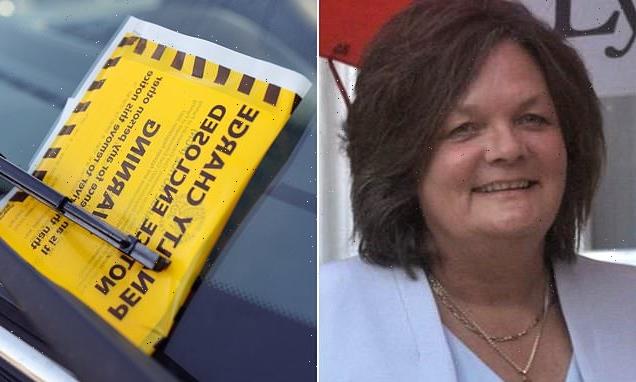 Parking MAD! ‘Stressed’ woman is fined 22 TIMES for leaving car outside her OWN home – forcing her to dispute private firm ticket in court 10 TIMES

A ‘stressed’ woman has been fined 22 times for leaving her car outside her home – forcing her to successfully dispute the private firm ten times in court.

Karen Niven, from Aldershot, has been to court multiple times since 2015 to challenge dozens of fines after she regularly parked her car on the road outside her house.

Ms Niven, who works at the admissions office at Surrey County Council, has won each time because her tenancy agreement states she is legally entitled to park there.

She told BBC News: ‘My neighbours and I have been bombarded with private parking fines in the last few years even though we have a right to park here.’

The problem began after the homeowners on her estate brought in a private parking company to manage the area.

Tenants were not handed permits, meaning tickets are regularly being issued incorrectly to Ms Niven and her neighbours.

Ms Niven’s neighbours have been so distressed by the company’s threats they paid the fines despite having the right to park there. 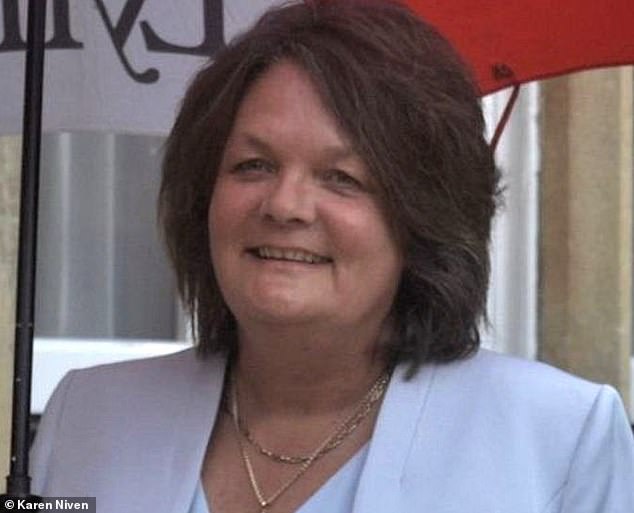 Karen Niven (pictured), from Aldershot, was forced to go to court to challenge 22 parking fines imposed by one private firm after leaving her car outside her home – something she is legally entitled to do

Ms Niven, who is still waiting to hear back after appealing 12 other fines, said she repeatedly writes to explain the situation to the parking firm, but has consistently gone to court before the case is thrown out by a judge.

Despite asking the company to amend its permit policy, Ms Niven said ‘there’s been no engagement at all’.

Ms Niven is not the only driver to fall foul of private parking companies’ willingness to fine, as the Government promises to stop firms overcharging hapless motorists.

Catherine Jolliffe spent nine months battling to get a wrong £250 parking fine overturned and a system error meant David Linney, from Leicestershire, was fined for parking at a Sheffield leisure centre despite paying the amount he was charged at the machine when he left.

Granville Henderson, from Staffordshire, said he paid £155 for a parking charge notice in October after his wife entered one letter in their vehicle registration number wrong when using the parking meter.

The complaints come as the Government plans to help Britons challenge tickets under genuine mitigating circumstances such as failing to display a valid ticket correctly or making a mistake when using a parking machine.

Parking fines in private car parks will also fall by 50 percent and be capped at £50 in most cases. Where higher fines of £70 and £100 remain for serious breaches, motorists will get a 50 percent discount if they pay within 14 days.

Excessive debt collection fees for late tickets, sometimes as high as £70, will also be scrapped.

Meanwhile, Ms Jollife spent nine months getting a £250 fine overturned because she was issued a ticket despite not actually going inside the car park.

She stopped her car to read the sign at a short stay car park entrance at Bristol Airport but decided not to go inside. Yet weeks later a parking fine was issued featuring a photograph of her car still outside the barrier. 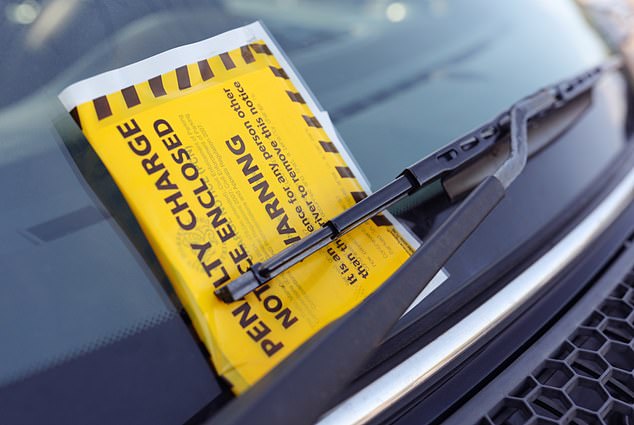 She ultimately wrote to the airport’s chief executive and was later sent an email notifying her the court case had been dropped.

‘But there was no apology or no sign that they would look at their processes to see what had gone wrong or why I had been ticketed in error,’ she said.

Mr Linney used his debit card to pay the amount a parking meter told him he owed after a trip to Sheffield leisure centre, but he later received a parking invoice claiming he did not pay enough.

He said he ‘did everything he possibly could’ to pay for his parking and is now prepared to take the matter to court. He added: ‘This is intimidation by a private company who expect me to pay and go away. I won’t.’

Meanwhile, Mr Henderson said it was a ‘disgrace’ that he had to pay £155 because his wife entered their number plate wrong. Under the Government’s new rules, this would be a mitigating circumstance and he would not have had to pay the fine.

He said by the time the notice for a fine reached them almost 14 days had already passed and he did not want to risk paying more if they lost the case.