Storm Arwen: Man crushed to death by tree is second to lose life in weather chaos as snow and 98mph gales batter Britain

A MAN who was crushed to death by a tree is the second person to lose his life as chaotic 98mph Storm Arwen batters Britain.

The man -who has not yet been named -was killed when the tree fell on him in Ambleside, Cumbria, last night. 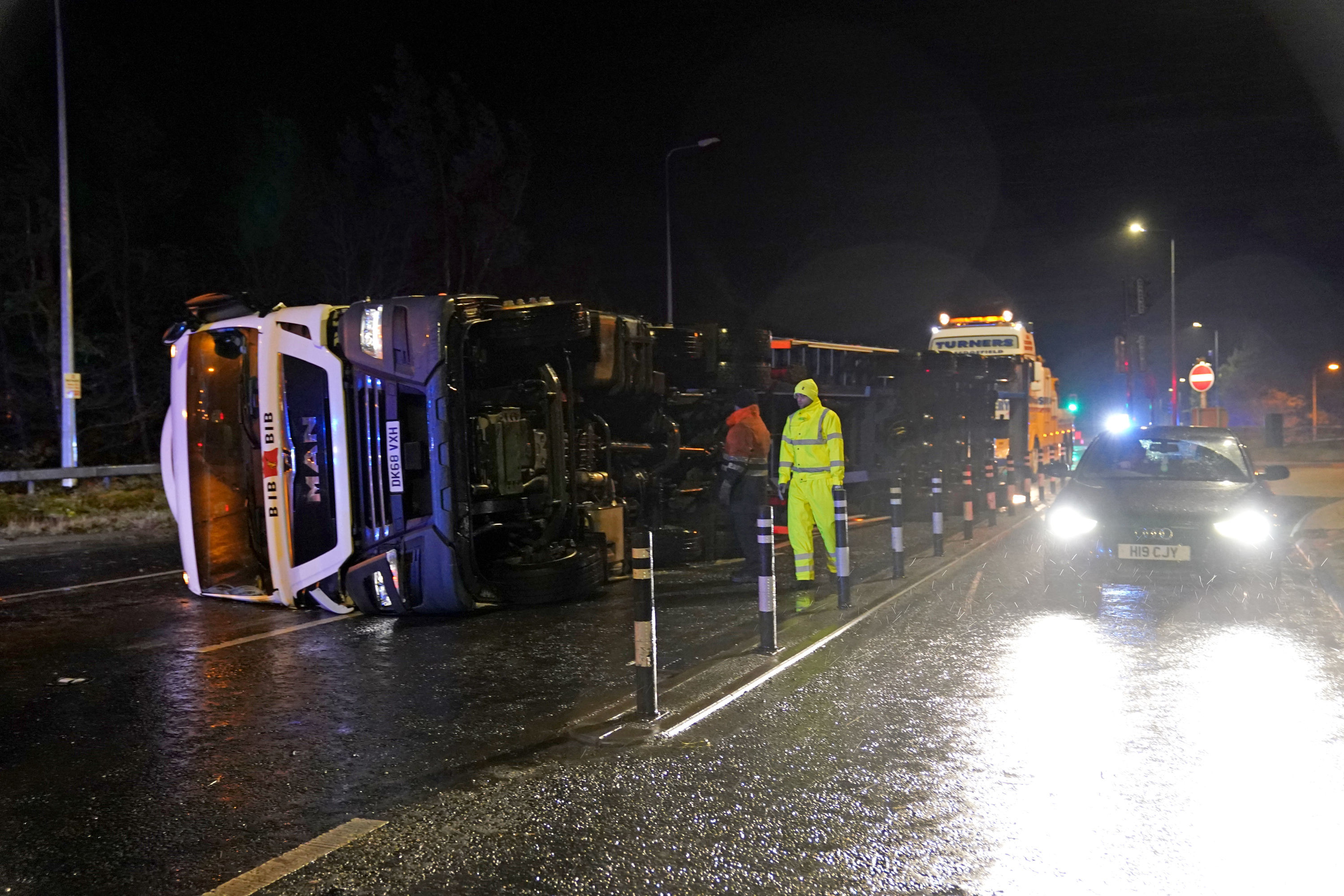 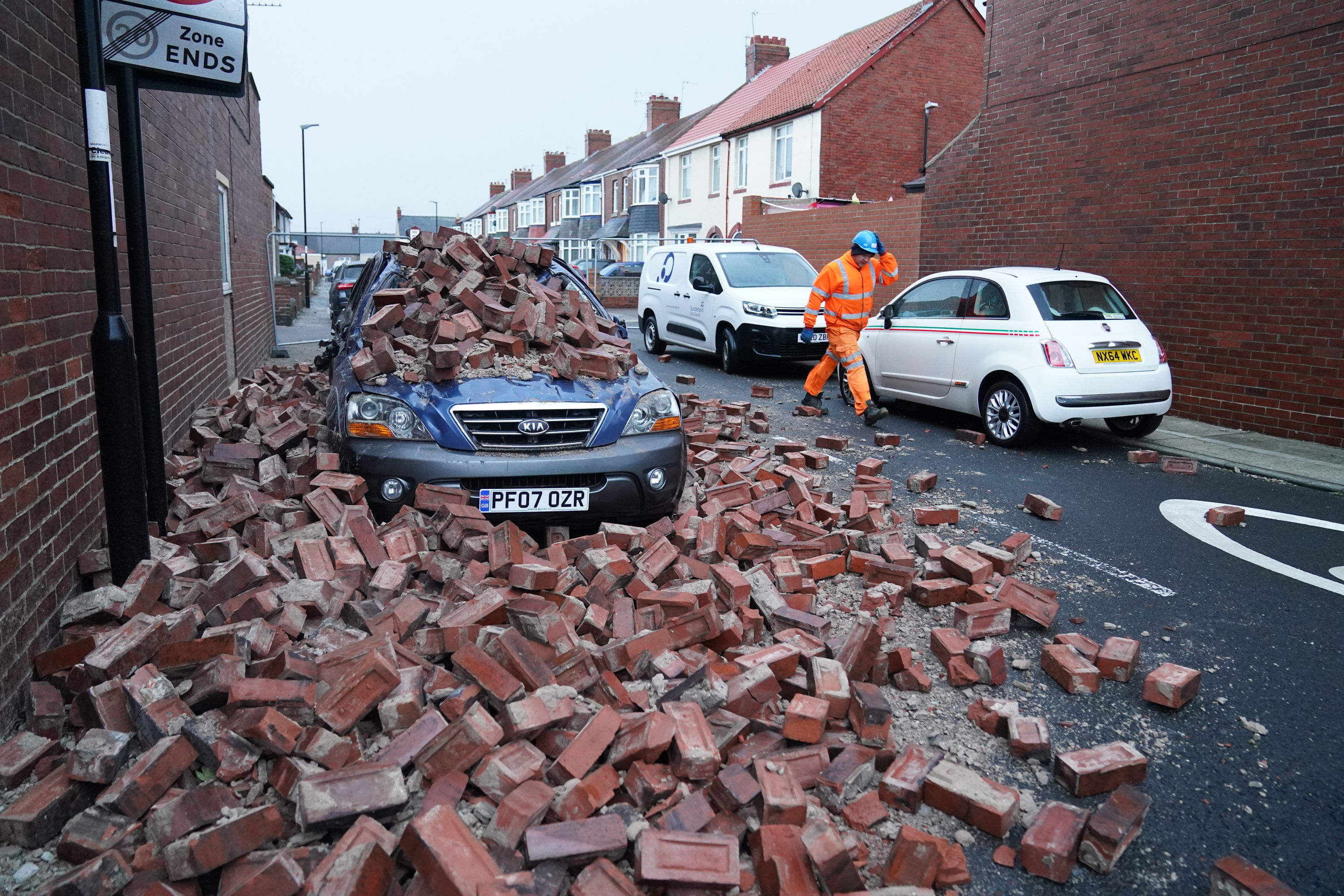 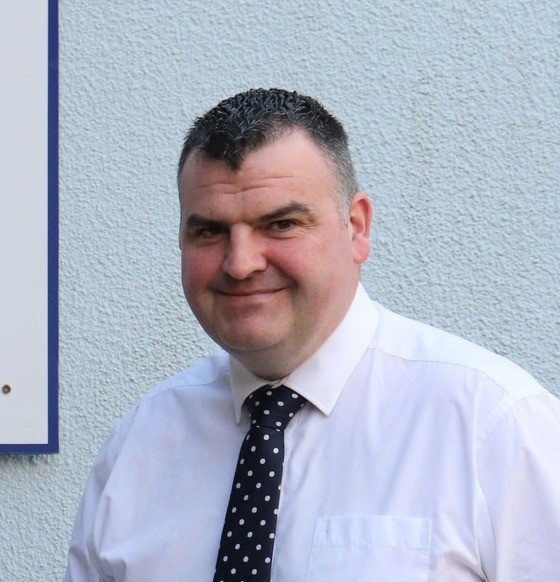 It marks Storm Arwen's second casualty, after head teacher and dad-of-four Francis Lagan was killed when a tree fell on his car in Antrim, Northern Ireland, yesterday.

The devastating storm has brought 33ft waves, plunging temperatures and blizzards to much of the UK.

In Orlock Head, County Down, winds of 87mph were noted. Meanwhile, speeds hit 81mph in Aberporth, Dyfed, and 79mph in The Needles on the Isle of Wight.

The latest storm victim died at the scene in Ambleside after a tree fell on him last night.

A Cumbria Constabulary statement read: "Police and partner agencies are in attendance to a serious incident on Vicarage Road, Ambleside.

"The incident involved a tree falling on to a man. Police were called to the scene at 11pm yesterday.

"Emergency services including Fire, Search and Rescue, Ambulance and Police attended the scene.

"The man who was from Lancaster sadly died at the scene.

"Police and partner agencies are attending the scene as the tree remains dangerous and the public is asked to avoid the area until the tree has been made safe."

Last night, a father-of-four died when a tree fell on his car in Antrim, Northern Ireland.

It's thought Francis Lagan had been driving with his wife and two of his children – who all escaped without injury.

He had been headteacher at St Mary’s Primary School in Maghera, Co Derry.

Severe weather has closed major roads and a railways across the country, resulting in significant tail-backs.

More than 120 lorries became completely stranded in severe snow between junctions 21 and 22 on the M62 at 2.30am this morning.

Gritters and snow ploughs were quickly deployed to clear the way and reopen the road, Manchester Evening News reports.

And thousands of homes in Wales were left with out power after the gales affected power lines in the west. 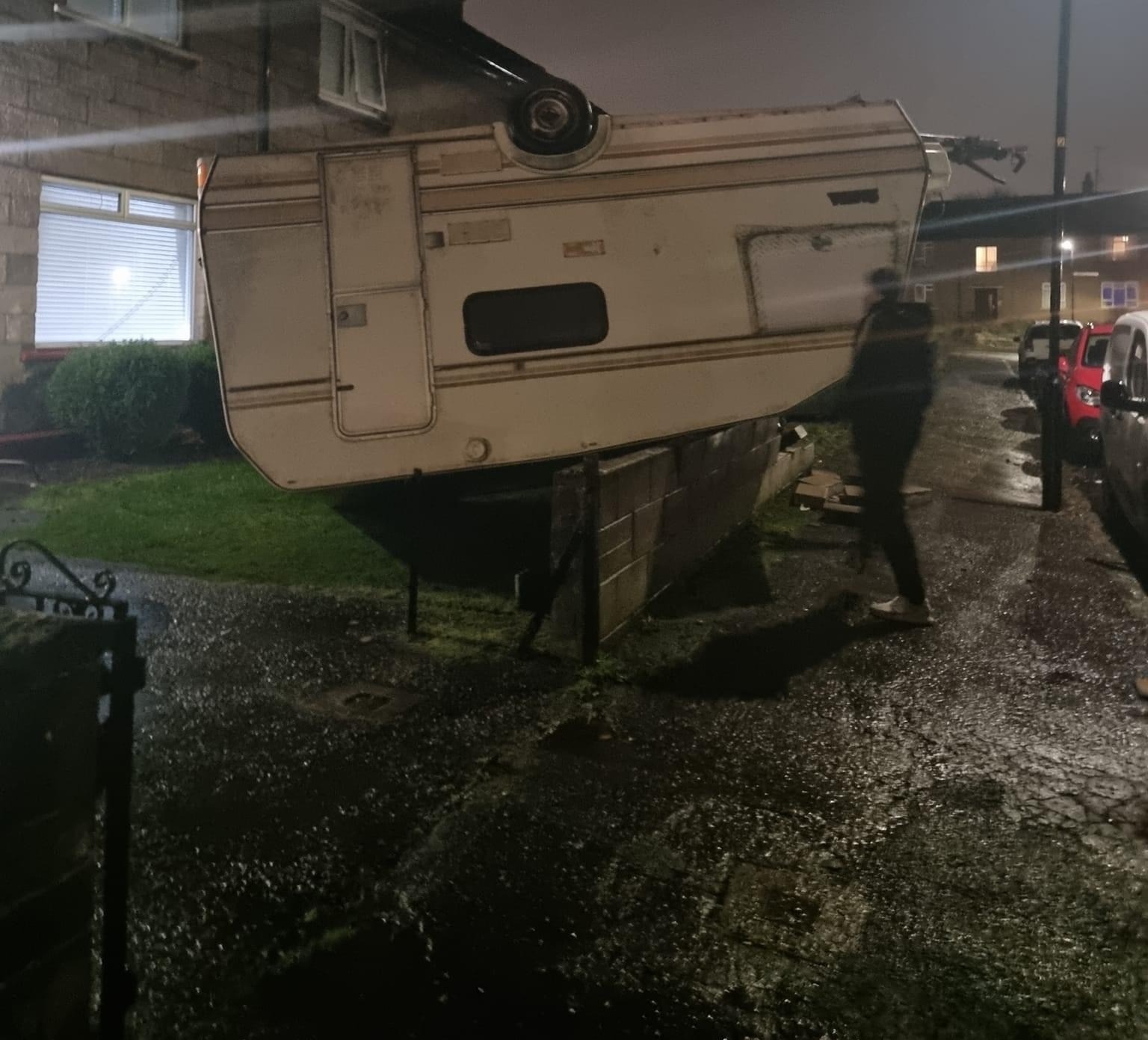 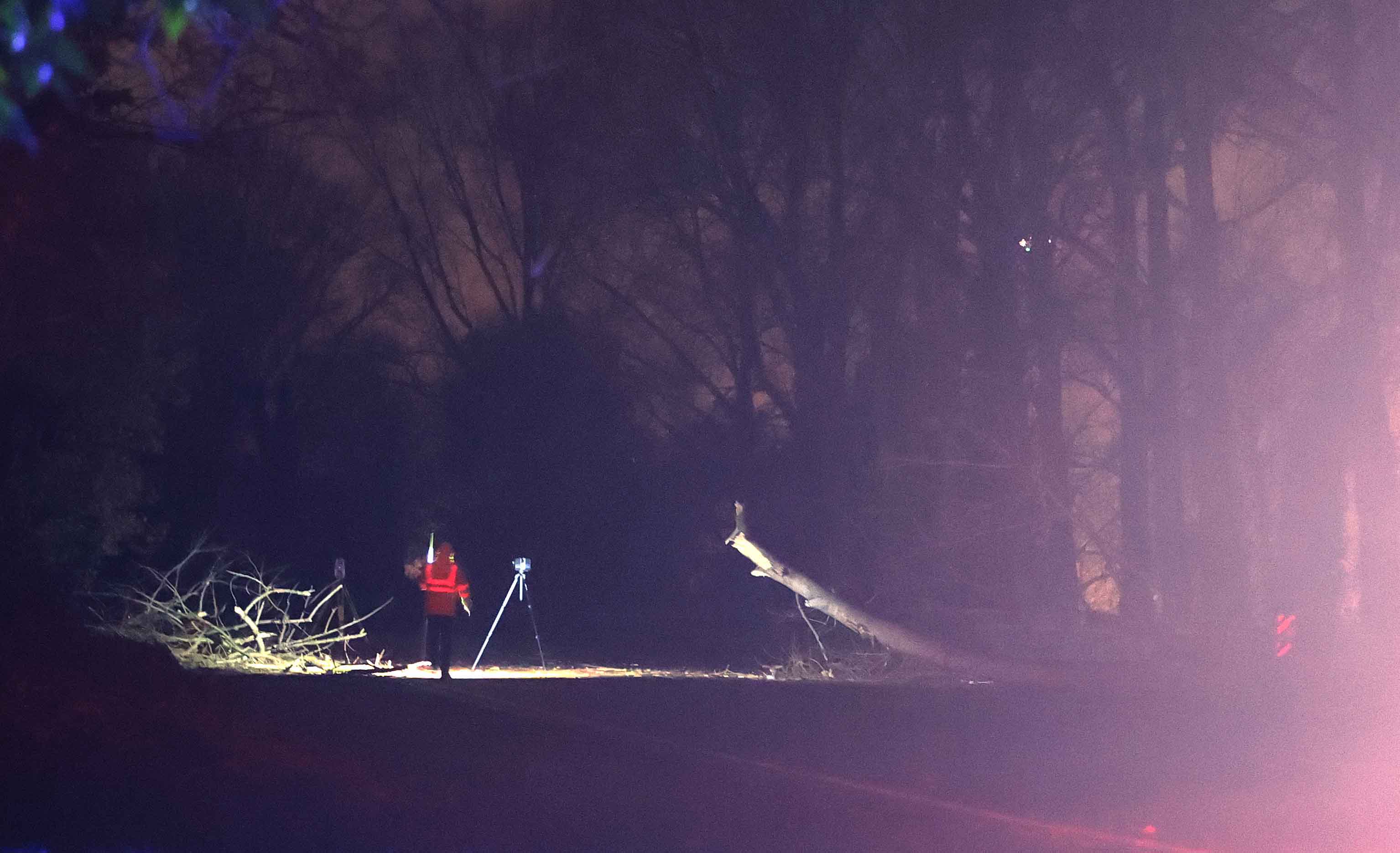 In Blackpool a section of The Promenade was shut off last night – with Blackpool Council warning of a "collapsed building" after the city was hit with strong winds.

Residents of nearby properties were evacuated by fire crews – and witnesses say brick and debris were scattered along pavements.

And football legend Michael Owen took to Twitter to share a picture of a huge tree which had fallen on to a road leading to his house.

The Scottish Government ordered motorists to stay off the roads because of a "potential risk to life" in the terrible storm.

The move sparked a rush to get home, as rural communities feared they would be cut off altogether.

Deputy First Minister John Swinney said: "The decision by the Met Office to issue a rare red weather warning for strong winds signals a potentially damaging and dangerous risk to life in some areas of Scotland.

"People in these affected areas should not travel under any circumstances, including motorists.

"Yellow and amber weather warnings also remain in place for a number of areas and people should continue to exercise extreme caution and plan any necessary journeys in advance as there is disruption to transport services.

"The Scottish Government is in close contact with local authorities and the emergency services to ensure people in the affected areas receive the latest information, advice and support where needed."

The red weather warning was in place for all coastal areas within Angus, Dundee, Fife, Aberdeen, Aberdeenshire, East Lothian and the Scottish Borders until 2am.

Now, the entire UK is blanketed in yellow and amber weather alerts.

Train operator London North Eastern Railway issued a "do not travel" alert to customers as its services will be "significantly disrupted due to severe weather" until Sunday.

The firm runs trains on the East Coast Main Line between London and Scotland, calling at stations including Leeds, York, Newcastle, Edinburgh and Aberdeen.

Passengers are being warned further closures could be imposed elsewhere on the route.

Warrick Dent, LNER safety and operations director, said: "We are encouraging our customers with tickets dated for November 26 and this coming weekend to defer their travel arrangements where possible.

"We expect services to be extremely busy throughout the weekend and advise customers to check our website and social channels for the latest information." 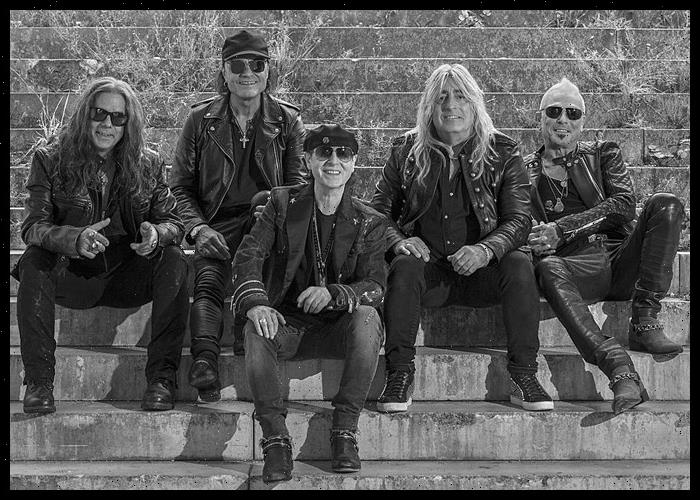 Scorpions recently shared the title track from their upcoming album...