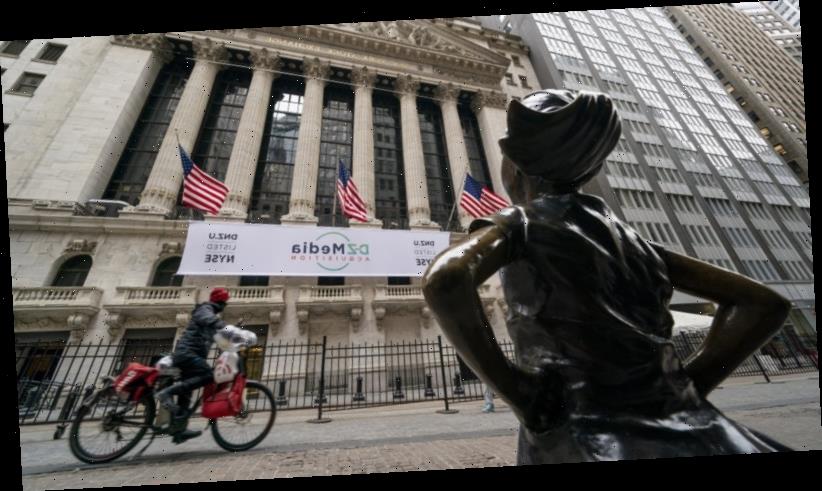 Washington: You say you want a revolution?

Then look at what’s happening on Wall Street.

Small investors banding together on social media are taking on big investment firms by running up the stock price of GameStop, a struggling video game retailer whose shares were trading at around $US4 at the start of the coronavirus pandemic. 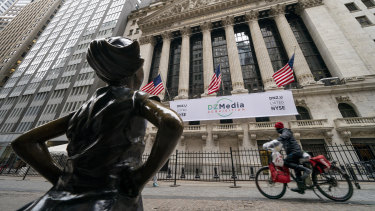 GameStop surged 68 per cent to $US325 ($425) on Friday, Saturday AEDT, after brokerage apps including Robinhood eased some restrictions on trading.

“We are witnessing the French Revolution of Finance,” declared Anthony Scaramucci, a financier who famously served as Donald Trump’s White House communications director for 11 days in 2017.

Other analysts think Scaramucci, aka “The Mooch,” is right about the revolution, even if he cites the wrong country.

They see parallels between what’s taking place on Wall Street and the streak of populism that powered Donald Trump’s rise to political power and fuelled a pro-Trump mob of insurrectionists who stormed the US Capitol three weeks ago in a failed bid to overturn his election loss to Joe Biden. 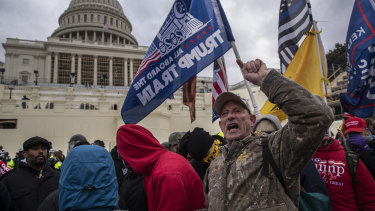 “We are starting to realise that traditional rules don’t necessarily have to matter,” said Frank Murtha, the co-founder of MarketPsych LLC, a behavioral finance consulting firm. “The rules only work if a lot of people are willing to play by them.“

To be sure, the comparison between Reddit users taking on big hedge funds and the deadly insurrection – where a makeshift gallows was constructed outside the Capitol and where rioters were photographed bearing racist and anti-Semitic symbols – only goes so far.

But the power of social media was a common thread, as evidenced by the rare unity on GameStop between two people who rarely agree on anything: Representative Alexandria Ocasio-Cortez and Donald Trump jnr both opposed the limits on trading in GameStop shares. 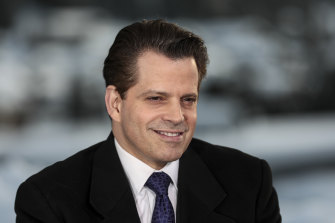 What happened on Wall Street and in Washington “speaks to a larger disenchantment and sense of unfairness that is going on in society,” Murtha said. “This is merely a natural move by these guys that, I think, is largely an attempt to strike back at what they consider to be unfair forces in society. And they’ve found a way to do it.“

The way they’ve done it is the same way that Trump supporters organised their attack on the Capitol: by turning to social media.

Weeks before the mob descended on the Capitol, Trump supporters refusing to accept the November election results took to social media sites like Parler and other internet forums and circulated plans for a mass protest in Washington that would coincide with the counting of electoral votes in Congress.

In the same vein, small-pocketed investors used the social media platform Reddit to launch their assault on Wall Street and drive GameStop’s stock price higher. Reddit users on a forum called “WallStreetBets” took matters into their own hands after hedge funds began unloading the struggling retailer’s stock through a process known as “short selling.“

In short selling, investors borrow a share and sell it in hopes of buying it back later at a lower price – and then pocketing the difference.

Furious Reddit users decided to strike back against the big hedge funds by launching a buying spree of GameStop stock, which caused the price to soar.

Suddenly, a movement was born.

“I do think this is a seminal moment,” Reddit co-founder Alexis Ohanian told CNBC Thursday. “I don’t think we go back to a world before this because these communities, they’re a byproduct of the connected internet. Whether it’s one platform or another, this is the new normal.“

“We’ve watched the internet now, over the last 10, 15 years thanks to the rise of social media and all this infrastructure, bring a bottom-up revolution to so many industries,” he said. “We’ve seen this across media. We’ve seen this across so many sectors. And now it’s happening to finance.“

Message boards have been rife with retail investors trading unsubstantiated rumours, rash speculation and trash talk since the internet’s early days. But social media has given organised actions by retail investors and day traders some real muscle.

Reddit forums, called subreddits, are cloaked in anonymity and animated by populist fervour. They evolved during the freewheeling era of the internet when almost anything goes was the prevailing ethos.

Attitudes at the company are changing with the times. Reddit has been cracking down on objectionable content like hate speech. And, last month, when the major social media platforms banned Trump, Reddit shut down a subreddit where tens of thousands of Trump supporters congregated.

But the activity in finance subreddits hadn’t gotten much attention until now. Wall Street Bets is a popular forum focused on options trading where online day traders band together to increase their buying power. And that’s where the GameStop action rose up.

The cry: “Rally the troops, my brothers.“

“Just looking at the comments around the internet, it’s something that’s very personal for a lot of people and a chance for Joe and Jane America, the sort of retail buyers of stock, to flex back and push back on these hedge funds,” said Ohanian, who resigned from Reddit’s board in June.

“I really do think this is really the start of a new era for how we’re going to perceive the public markets and then the interaction of the consumers with it.“

Not everyone is thrilled with the rebellion.

“If you want to call what happened at the Capitol a mob, you can also call what’s happening at GameStop a mob, too,” said Ken Kamen, president of Mercadien Asset Management in Princeton, NJ.

People involved in a large movement, whether it’s buying stock or instigating an insurrection, tend to get caught up in the moment and do things they otherwise wouldn’t do, said Robert Cialdini, a psychologist and expert on the science of persuasion and influence.

“People get swept up in this and are likely to follow the lead of the multitude,” Cialdini said. “And what you’re seeing is the multitude seem to be buying this stock, which implies that it’s worth something. And people then buy into it.“

Just like the protesters who stormed the Capitol, many small investors are buying GameStop stock without stopping to consider the consequences, Kamen said.

“How many of the protesters that stormed the Capitol actually thought the FBI would be hunting them down and threatening them with 20-year jail terms?” Kamen asked. “They were just going with the crowd. Everyone was doing it.“

The GameStop investors have fallen victim to the same kind of group thinking, Kamen said, without considering or fully understanding that huge, easy profits can just as quickly turn into a major financial loss.

“Who doesn’t want to make money when everyone else is making money?” he said. But, “rookie investors make rookie mistakes. In many ways, people are playing with dynamite. And they might blow their fingers off.”