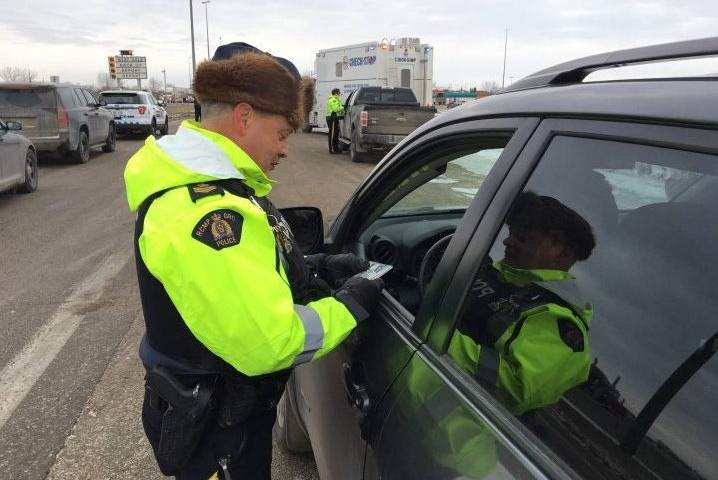 The second week of the RCMP’s Holiday Checkstop Program resulted in a number of charges, including the notable arrest of a driver in Steinbach.

A 38-year-old Winnipegger was arrested after an afternoon checkstop by Steinbach RCMP on Sunday.

Police said they pulled over a vehicle that had been reported stolen, and further investigation turned up counterfeit currency, break-in tools and drug paraphernalia.

During week two of the checkstop program, RCMP also conducted checkstops with over 3,500 Manitoba drivers.

The highest blood alcohol reading reported during the second week of checkstops was .300 – nearly four times the legal limit.

RCMP checkstops will continue throughout the month of December.