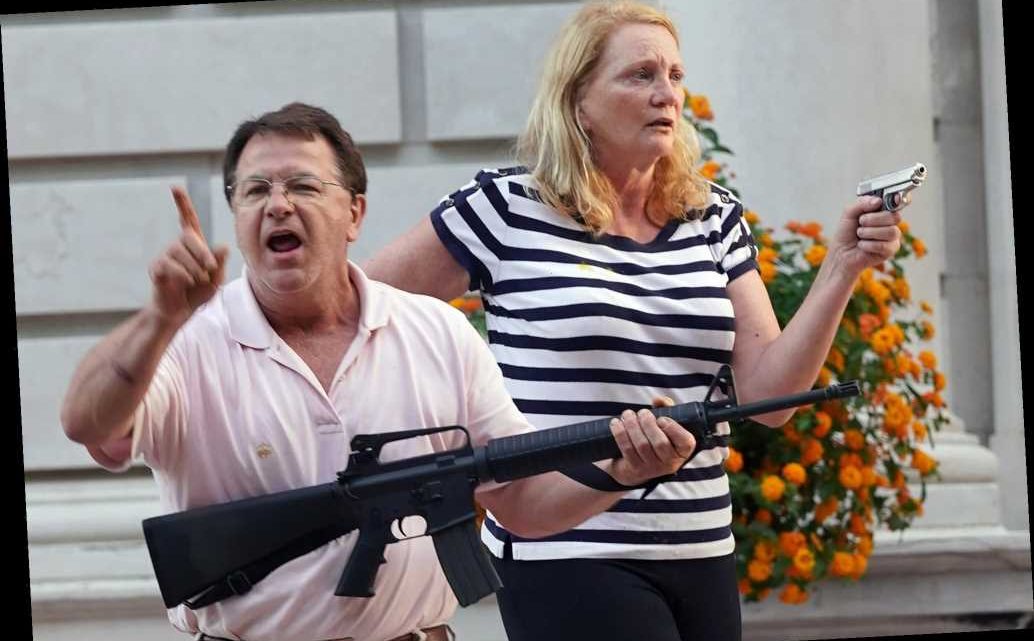 The St. Louis couple that shot to viral infamy when they pulled guns on Black Lives Matter protesters outside their mansion have been hit with criminal charges over the incident, the city’s top prosecutor said Monday.

“It is illegal to wave weapons in a threatening manner — that is unlawful in the city of St. Louis,” Gardner said.

The couple were filmed June 28 emerging barefoot from their home in the swanky Central West End neighborhood, each toting a firearm as protesters marched down their private street toward the home of Mayor Lyda Krewson.

The McCloskeys have defended themselves by saying they feared the crowd was going to kill them and burn their lavish house down like the “storming of the Bastille.”

But Gardner said their actions risked creating a violent situation during an otherwise peaceful protest.

Typically, the charges could result in up to four years in prison, but Gardner is recommending a diversion program such as community service, rather than jail time, if the couple is convicted.

Missouri Gov. Mike Parson said in a radio interview Friday that he would likely pardon the McCloskeys if they were charged and convicted.

Who is TikTok star Austin McBroom and why are fans ‘canceling’ him over ‘slap’ video? – The Sun