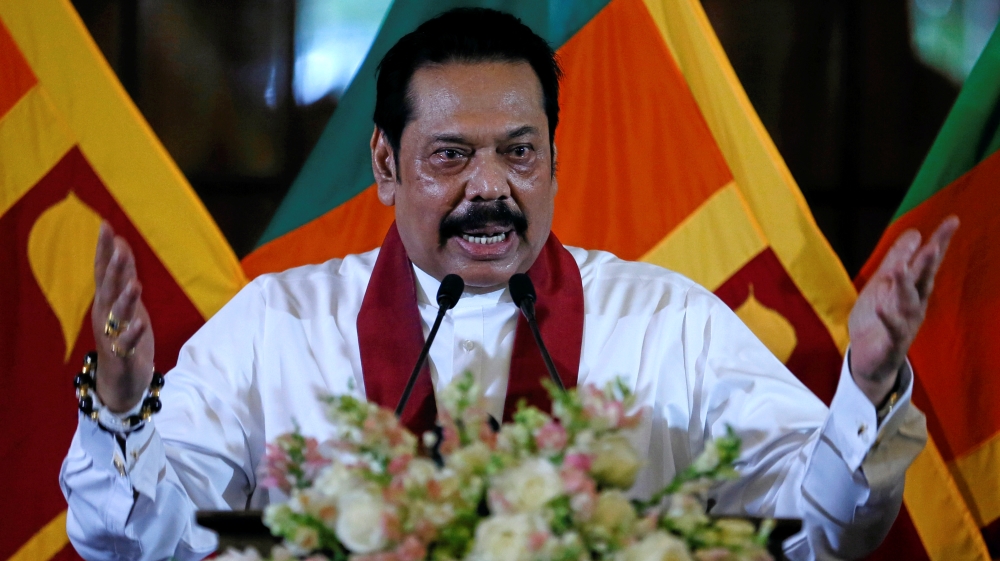 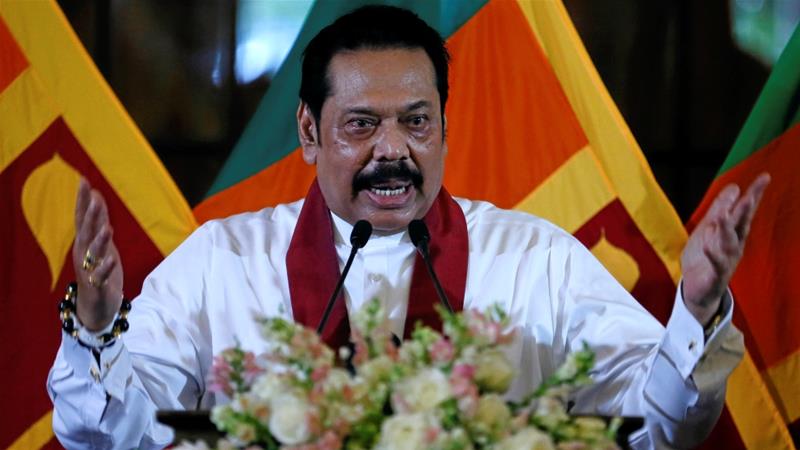 Colombo, Sri Lanka – A Sri Lankan court has barred former President Mahinda Rajapaksa from acting as prime minister as it hears a petition challenging his refusal to step down despite losing two no-confidence motions last month.

Judge Arjuna Obeyesekere issued the stay order on Monday, saying “irreparable damage would be caused” if Rajapaksa and ministers of his cabinet continued to hold office.

While the decision would leave Sri Lanka without a government, allowing a “set of persons who are not entitled in law to function as the prime minister or the cabinet of ministers or any other minister of government” would cause irremediable damage that poses far-reaching consequences to the whole country, the judge said.

The Court of Appeal will sit again on December 12 to deliver a verdict, he added.

Sri Lanka has been in crisis since October 26 when President Maithripala Sirisena sacked Prime Minister Ranil Wickremesinghe and replaced him with Rajapaksa, a controversial but popular leader accused of corruption and grave human rights abuses.

The former president, however, failed to show a majority in parliament, prompting Sirisena to dissolve the 225-member House and call snap elections. But both moves were temporarily blocked by the Supreme Court, which is expected to deliver a verdict in that case on December 7.

Responding to the latest setback, Rajapaksa said he did not agree with Monday’s court order.

“We will file an appeal at the Supreme Court tomorrow,” he said, pledging to continue lobbying for early elections in the Indian Ocean island nation.

Both Rajapaksa and Sirisena have rejected the outcome of the no-confidence motions on November 14 and 16, despite some 122 legislators voting to remove the former president.

The pair claimed the speaker had failed to follow proper procedure by calling a voice vote on the motions.

Wickremesinghe, who heads the United National Party (UNP) and continues to lay claim to the post of prime minister, hailed the stay order as a “triumph of democratic institutions over the whims of individuals”.

Later on Monday, in a meeting with UNP legislators, Sirisena once again ruled out re-appointing Wickremesinghe, saying he would not do so “even if all 225 MPs sign a petition”, according to Lakshman Kirielle, a member of parliament.

The president called on the UNP to name another nominee whom he said he would “make prime minister within 24 hours”, another politician present at the meeting said.

The UNP has previously refused to heed Sirisena’s request and put forward another name.

On Friday, the party, which has the backing of more than 100 politicians in parliament, said Wickremesinghe was still its choice for the prime minister’s post.

Former allies, Sirisena and Wickremesinghe fell out spectacularly in recent months over economic policy, day to day administration, as well as an alleged assassination plot against the president.

Sirisena claimed Wickremesinghe failed to order a thorough investigation into the alleged plan.

Earlier on Monday, Sirisena promised the Tamil National Alliance, a coalition representing the country’s ethnic Tamil minority, that he would take the “necessary action within the next 24 hours”, according to leaders of that coalition.

“The fake prime minister and his purported government have been thrown out of office by the judiciary. The Court of Appeal has protected parliamentary democracy from an illegal government,” the legislator said.

Saliya Peiris, who heads a commission tracing tens of thousands of people who went missing during Sri Lanka’s 26-year-war with Tamil separatists, described the stay order as “a proud moment for all those who value the Rule of Law and the independence of the judiciary” in Sri Lanka.

Others said the judiciary had proved it was “strong” and called on Rajapaksa to step down immediately.

Judiciary showed today; it is strong enough by giving an interim order first against the president @MaithripalaS & against the prime minister @PresRajapaksa & the cabinet. Reactivation of the judicial commission by the 19th amendment gave judiciary that capability.#lka #SriLanka

All the Endearing Nicknames of the Royal Family