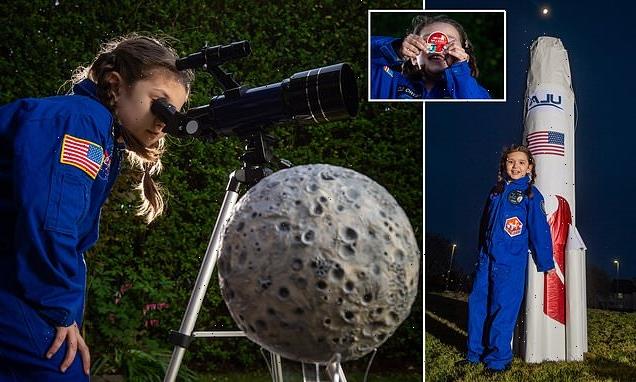 Girl, 7, is going to get stuck on the Moon! Space-obsessed Elizabeth will become first child to send object to the lunar surface as her personalised sticker is placed in time capsule

It’s an out-of-this-world ambition which is set to come true.

Space-obsessed seven-year-old Elizabeth Norman will become the first child to send an object to the Moon later this year.

A sticker with the words ‘Astro Liz’s Lab’ – the name of her social media accounts – will be included in a time capsule taken to the Moon in the first landing launched by the US since Apollo 17 in 1972. 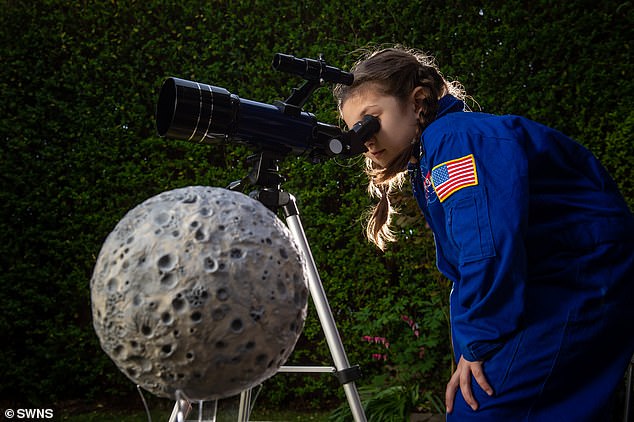 Budding astronaut Elizabeth, from Leicester, became obsessed with space after watching the landing of Nasa’s Perseverance Rover on Mars last year and decided to build her own rocket.

She launched a 7ft cardboard model of the Vulcan Centaur rocket – which will blast off to the Moon – from her garden in January. When it soared 30ft into the air, the impressed makers of the real Vulcan Centaur, American space launch experts United Launch Alliance, got in touch.

They offered her room for her sticker on board the first lunar time capsule which will contain items from those lucky or wealthy enough to get a slot.

ULA has been commissioned by Nasa to provide the rocket to power the unmanned Peregrine Lunar Lander to the Moon’s surface. 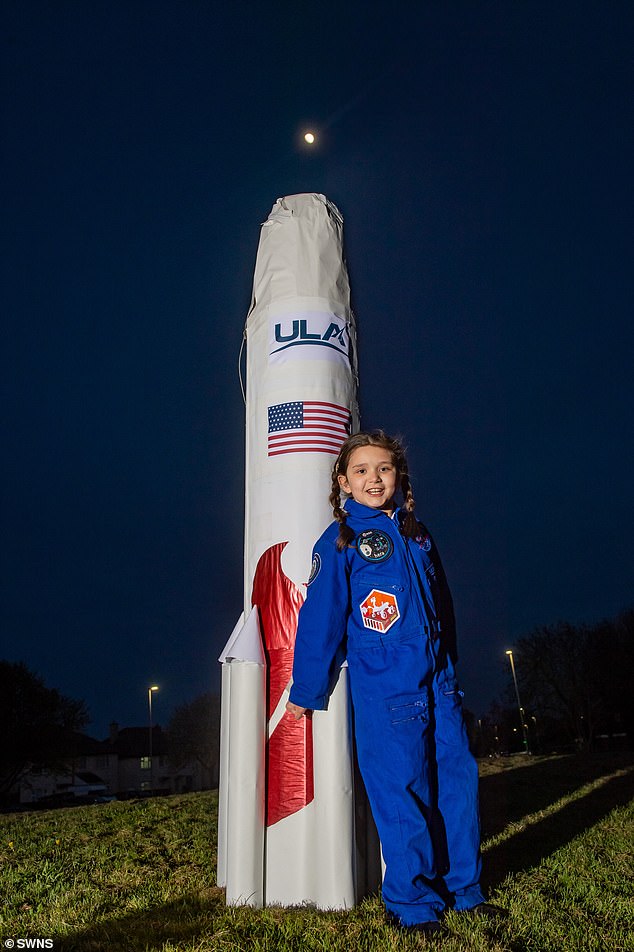 Elizabeth, seven, with the 7ft cardboard model of the Vulcan Centaur rocket which she blasted 30ft from her garden in January 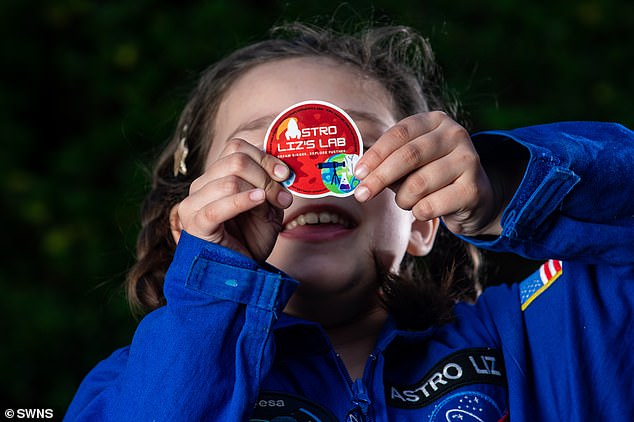 Elizabeth, AKA Astro Liz, shows off a copy of the sticker which will land on the Moon later this year

The capsule will be carried by the lander along with scientific and other equipment. It is scheduled to touch down in mid to late 2021

Elizabeth hopes one day to go to the Moon herself and see her sticker there.

She recently completed a five-week Nasa programme where she carried out a virtual mission to Mars. In the meantime, her family has been invited to Florida to watch the launch.

Her mother Jennifer, 34, said: ‘None of us could believe it when we found out she would have the opportunity to make her mark on the Moon. For her to be included in such a historic moment is incredible. We truly believe she will go to space one day.’

Nasa partner Astrobiotics, which made the lander, has been selling space in the time capsule to people who want to send mementos, such as family photos, to the Moon.