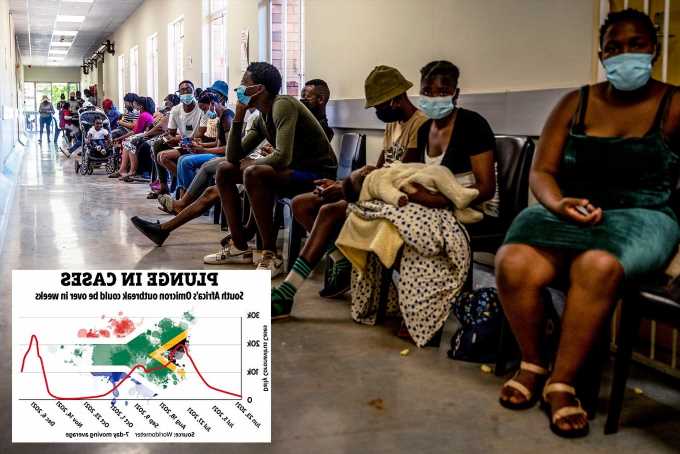 SOUTH Africa's Omicron peak is "over" as the country lifts its Covid curfew just weeks after detecting its first case.

The African nation lifted a midnight curfew with immediate effect, declaring the peak of the highly contagious variant has subsided. 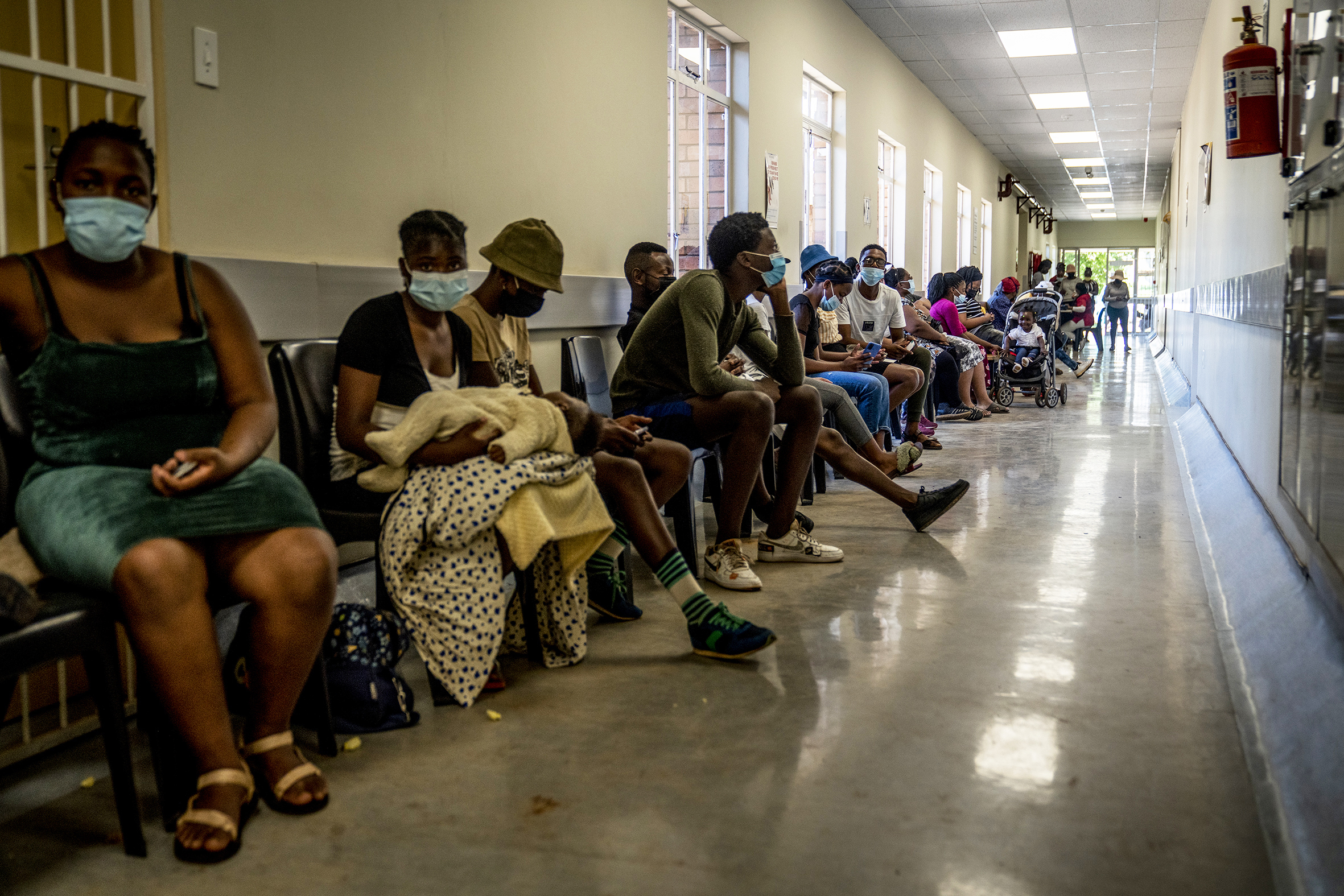 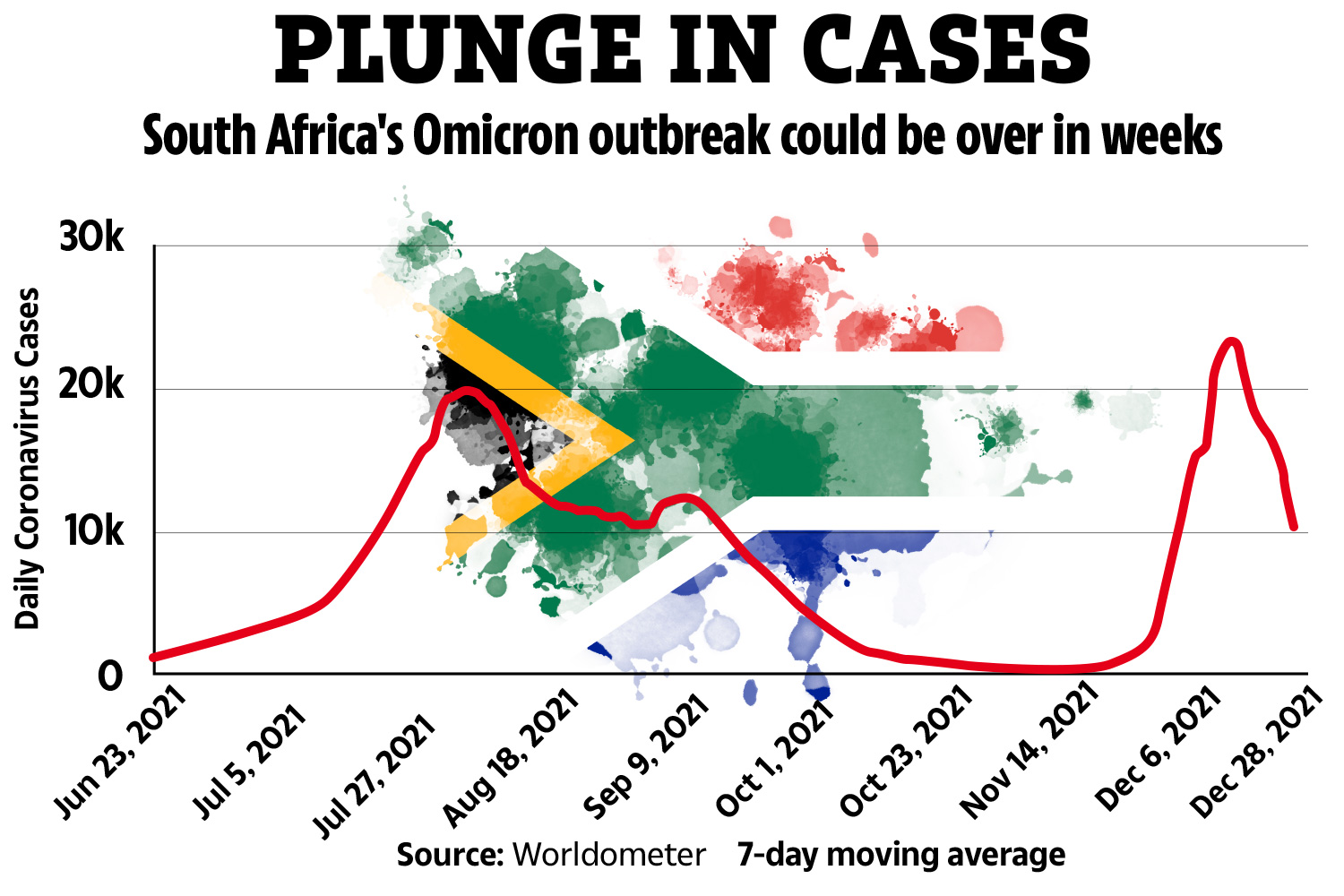 In a statement, a South African minister said the government made its changes based on the trajectory of the pandemic, vaccinations levels and capacity in the health care sector, according to Al Jazeera.

A string of hugely positive studies show Omicron IS milder than other strains, with the first official UK report revealing the risk of hospitalisation is 50 to 70 per cent lower than with Delta.

South African scientists were confident the Omicron outbreak there was receding and may last a total of just a couple of months.

There was a sudden steep rise in cases from close to zero in mid-November to an average of 10,000 daily cases early in December, after the variant was first detected there.

That then fell sharply to around 5,000 per day on average.

Francois Venter, a medical professor at the University of the Witwatersrand in Johannesburg, predicted that at the current rate of decline, Omicron would “be pretty much gone” from all of South Africa by the end of January, The Times reported.

Professor Salim Abdool Karim, who leads the country's pandemic response, said he expected "almost every other [country] to follow the same trajectory".

But John Nkengasong, director of the Africa Centres for Disease Control, said to “be careful not to extrapolate what we are seeing in South Africa across the continent, or across the world”.

Dr Waasila Jassat, of the National Institute for Communicable Diseases (NICD), said: “We saw a very rapid rise in cases and an early peak — and the indications are that since then we’ve had a remarkable drop.”

NICD’s latest report shows that cases up to December 18 have dropped nationally by 20.8 per cent in one week.

In the Gauteng Province, which was the epicentre of the variant, cases had significantly come down by almost half (46 per cent), with drops of between six and 40 per cent in other provinces.

NICD's Michelle Groome told a news briefing: "Really we feel that this has persisted for over a week and that we are past the peak in Gauteng.”

But she cautioned there could be lower cases because people are less likely to come forward for testing during the holiday period.

The nation has been in “alert level one” of a five-tier lockdown strategy since October, with mask mandates, a curfew from midnight to 4am, and ban on indoor gatherings of more than 750 people. 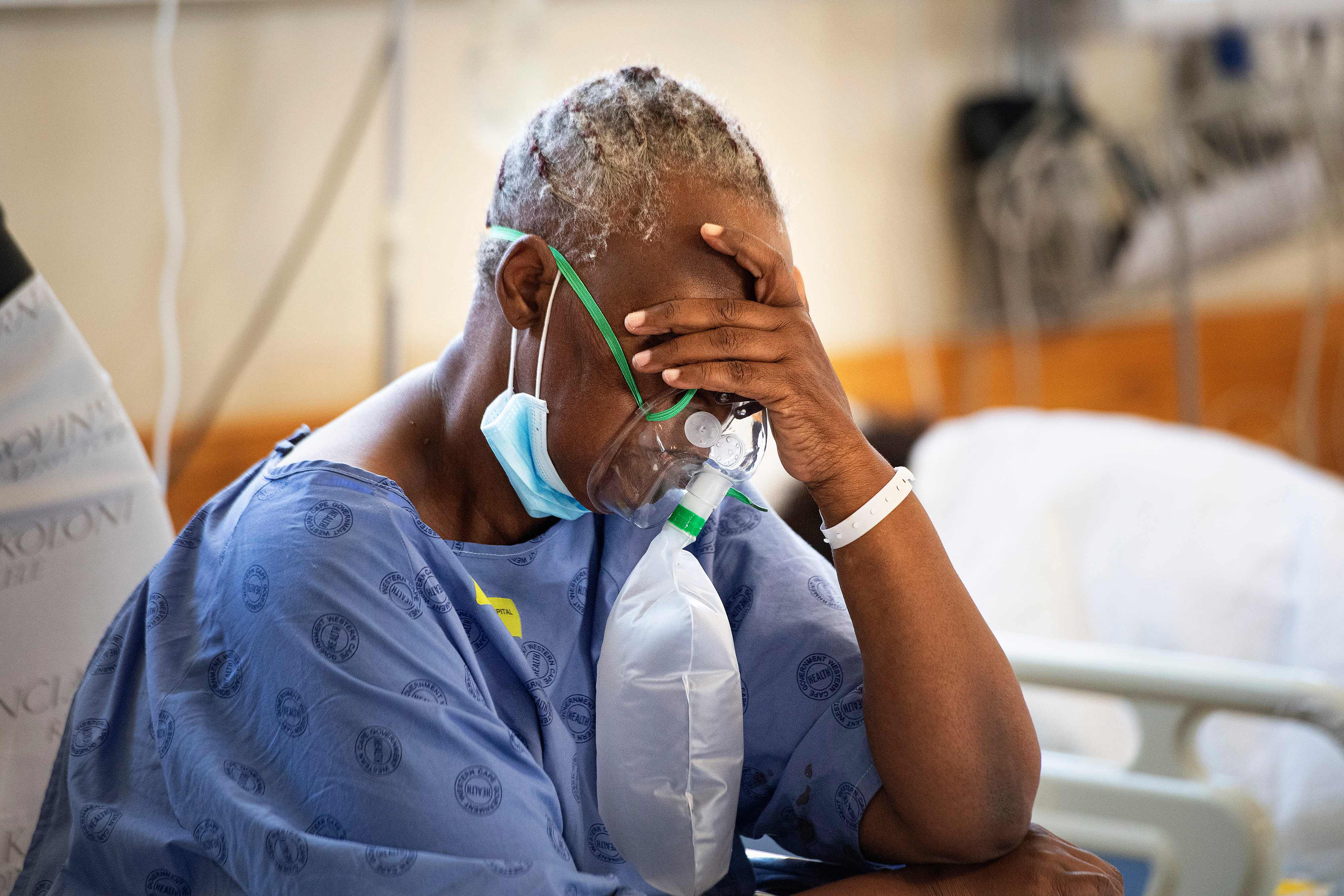 I Hated ‘Spider-Man: No Way Home.’ But the Academy Should Absolutely Nominate It for Best Picture (Column)
World News