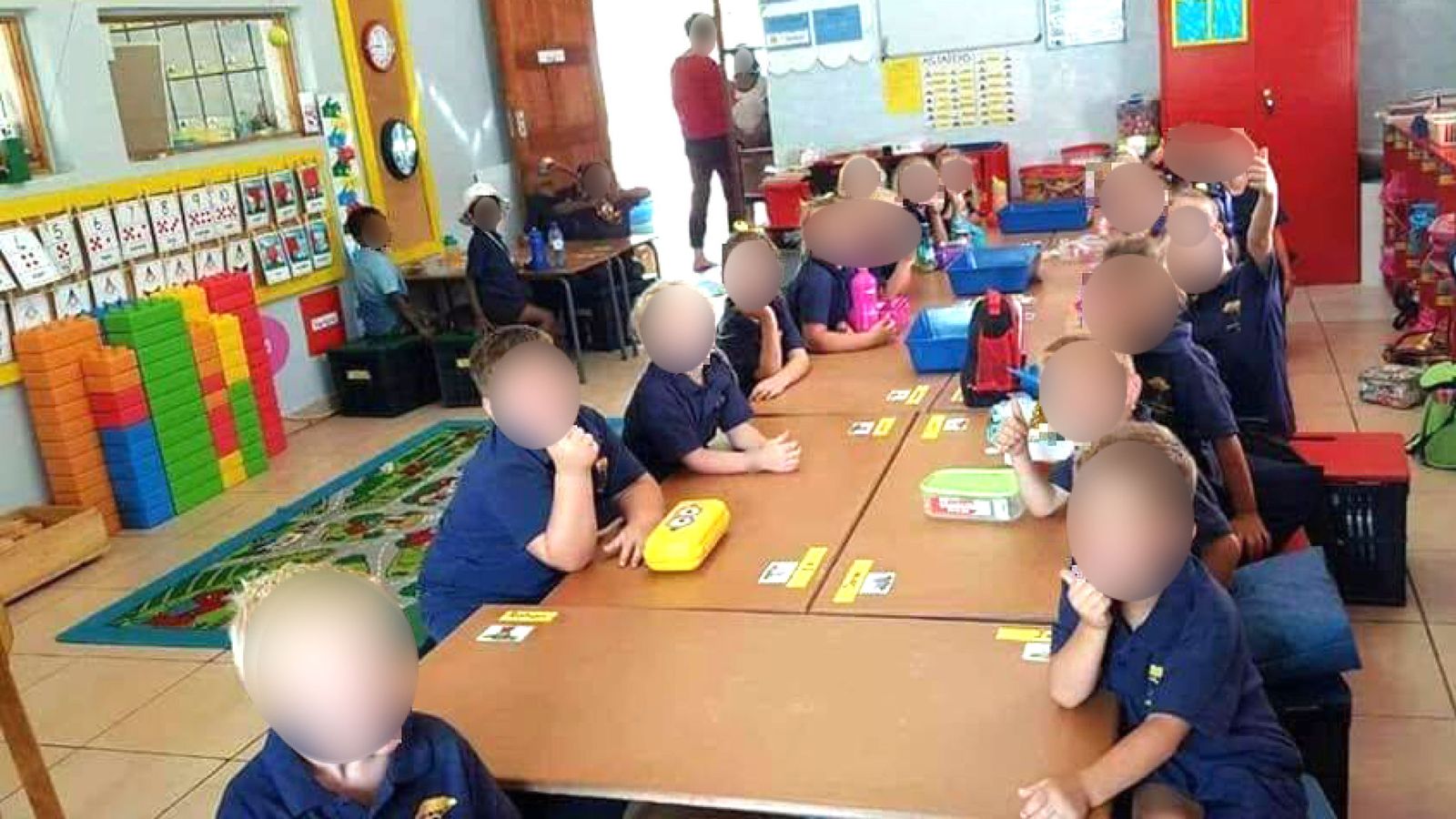 The teacher posted an image of the four to five-year-olds on their first day at Laerskool Schweizer-Reneke on the school’s private Whatsapp group to show parents how they were settling in.

It showed all the white pupils sitting around one table and the black students around another.

The image went viral after it was shared by a parent on social media and provoked a protests outside the school on Thursday.

Some white parents came to remove their children from the school, according to local media reports.

The mother of one of the four black pupils in the photo told South African news website TimesLIVE: “This was meant to be an exciting day for me but it’s not.”

She said she discussed the image with another parent who contacted the school about the seating arrangements in the classroom.

“We saw the photo and we were also angered by what we saw,” Jozeph du Plessis, chairman of the school’s governors, told the eNCA television channel.

“The kids were quite unsettled – you must realise they were five years old on their first day at school – and she grouped them in a way she thought would settle them quickly and comfort them.

“There was no intent of racism or segregation from the teacher’s side.

“We are investigating – perhaps it could be a language issue, perhaps those kids are not speaking Afrikaans, but I can’t speculate.”

Sello Lehari, education chief for the North West province, visited the school and confirmed the teacher had been suspended and the matter was being investigated.

According to the parent who spoke to TimesLIVE, a second image later emerged showing two of the white pupils sitting at the table previously occupied by the black pupils – two of whom had also been moved to sit with the rest of the class.

When is The Walking Dead back from its mid-season break and who's in the cast?