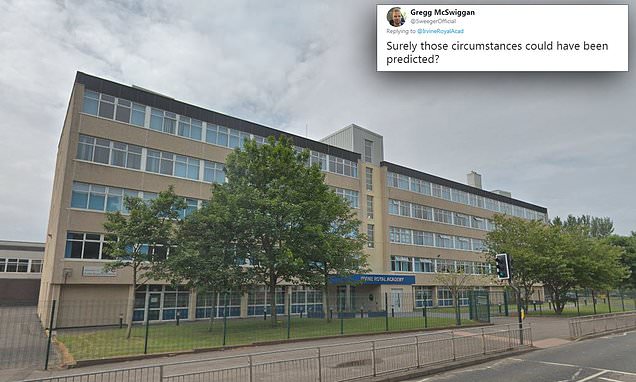 ‘Should have seen that coming!’ Social media users poke fun at school after it cancels clairvoyant night due to ‘unforeseen circumstances’

An innocent school tweet accidentally entertained the internet when organisers of a clairvoyant night were forced to cancel.

The post by Irvine Royal Academy in Scotland sparked a hilarious response when the community was told the psychic event was called off due to ‘unforeseen circumstances’.

The Ayrshire school’s tweet became a massive hit on social media, being retweeted hundreds of times and attracting more than 2,500 likes, with one user posting: ‘Should have seen that coming’.

The school – whose motto is ‘We Believe in Better’ – had scheduled the evening as a fundraiser for a prom night but abandoned it at short notice.

A school insider confirmed the local tarot reader Eppie Graham reader had pulled out of the event which was organised by students, forcing them to postpone. 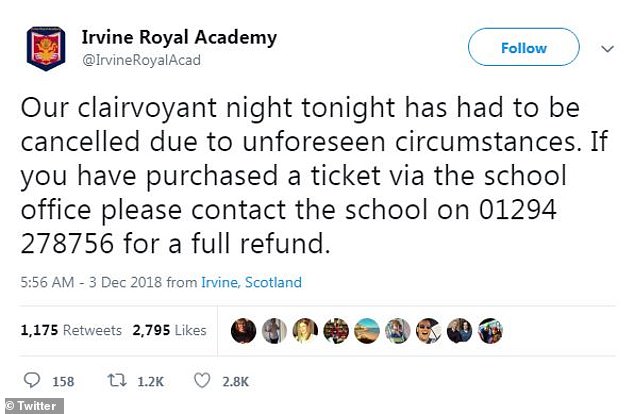 The Tweet was liked more than 2,800 times after the internet saw the funny side of the message 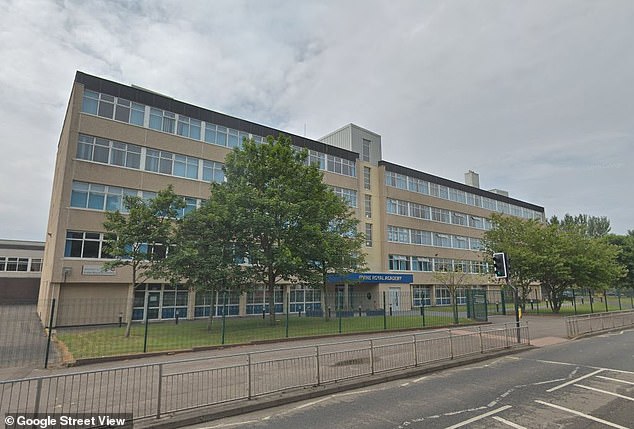 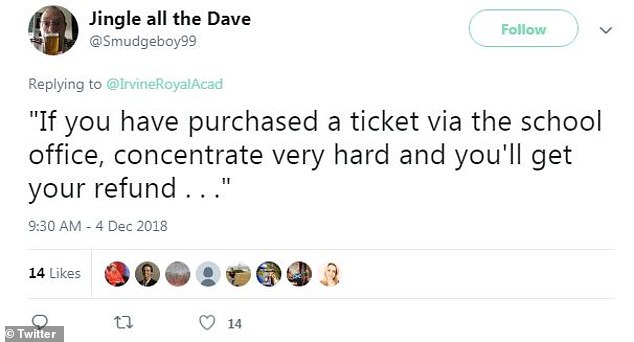 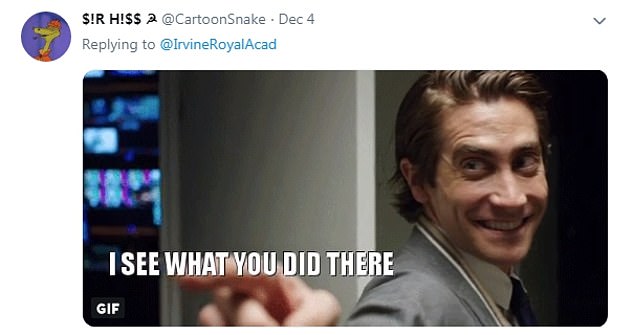 Another insider said: ‘The message was put out in a lighthearted way to get across the message that the event was off.

‘It was a joke but people are a bit taken aback at the massive response it has received.’

Dozens of Twitter users sent replies to the school’s message.

Gregg McSwiggan wrote: ‘Surely those circumstances could have been predicted?’

Andrea Lord added: ‘If she/he was a true clairvoyant surely they would have known what was going to arise.’

Ms Graham has a five star rating on her Facebook page and frequently appears at events in the area.

A spokesman for North Ayrshire Council said: ‘We are glad the announcement gave everyone a chuckle.’