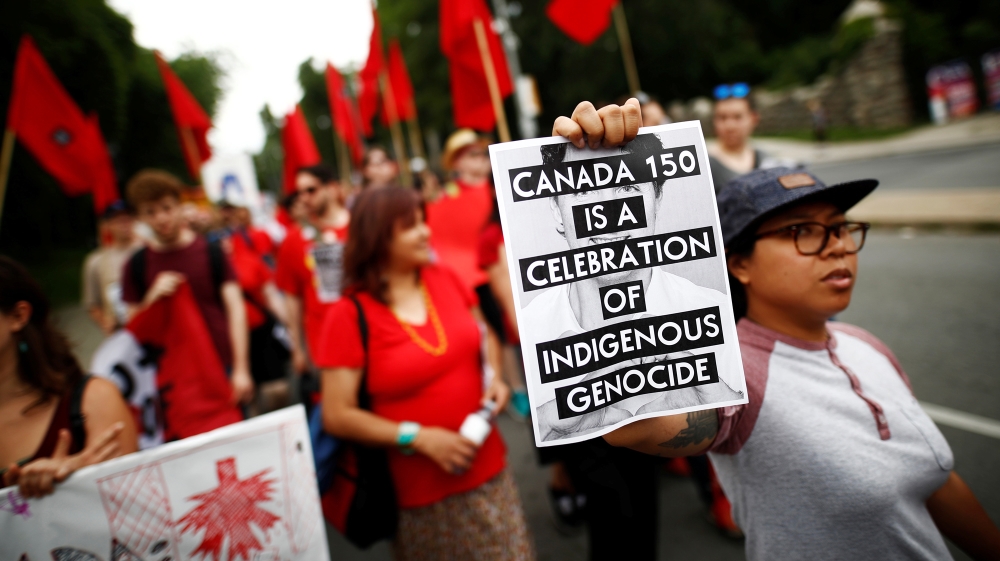 The family of an indigenous man in Canada has vowed to keep fighting for justice after a white farmer was acquitted in the shooting death of their 22-year-old relative.

A jury in Saskatchewan, a province in central Canada, on Friday found Gerald Stanley not guilty of second-degree murder in relation to the killing of Colten Boushie.

Stanley was also found not guilty of the lesser offence of manslaughter.

Boushie, from Red Pheasant Cree Nation, was with friends in August 2016 when he drove onto Stanley’s farm to ask for help with a flat tyre, according to Canadian media.

While accounts vary, a friend of Boushie’s in the car that day said Stanley retrieved a gun from inside his shop and then shot Boushie in the head, CBC reported.

Stanley testified that the gun “just went off” and his lawyer argued that Boushie’s death was a “freak accident” caused by Stanley responding to a highly charged situation in a “measured” way, the Saskatoon StarPhoenix newspaper reported.

“It’s a terrible feeling to hear not guilty,” he told reporters outside the court.

“My nephew has been denied justice,” added Baptiste. “A white jury came out with a verdict of not guilty of Gerald Stanley, who shot and killed my nephew. This is how they treat us First Nations people and it’s not right.”

The case ignited deep-seated racial tension in Saskatchewan between indigenous peoples and white communities. Anti-First Nations comments were widespread online after the shooting.

It has also drawn comparisons to the lynching of African Americans in the southern United States under Jim Crow segregation laws.

“In the US South for many decades, it was impossible to convict anyone for lynching Blacks because all-White juries would acquit White killers. Even by Stanley’s own testimony, this was definitely manslaughter,” Paul Champ, a human rights lawyer in Ottawa, said in a Twitter post on Friday.

“This verdict is a dark stain on my home province,” Champ wrote.

Justin Trudeau, Canada’s prime minister, said he could not imagine “the grief and sorrow the Boushie family is feeling”.

Minister of Justice Jody Wilson-Raybould, said she was “committed to working every day to ensure justice for all Canadians”.

“I truly feel your pain and I hear all of your voices. As a country we can and must do better,” Wilson-Raybould wrote on Twitter.

Rallies will be held in solidarity with the Boushie family on Saturday in Regina, the capital of Saskatchewan, and several other Canadian cities, including Toronto, Ottawa, Edmonton, Vancouver and Victoria.

“We hope for justice for Colten, however, we did not see it, we did not feel it throughout this entire process,” Jade Tootoosis, Boushie’s cousin, said outside the court.

“We will fight for an appeal and answers to all the racism that my family has experienced.

“We will not stop our pursuit for justice.”

‘Shameless’ Renewed for Season 10, Will Bring Back a Gallagher