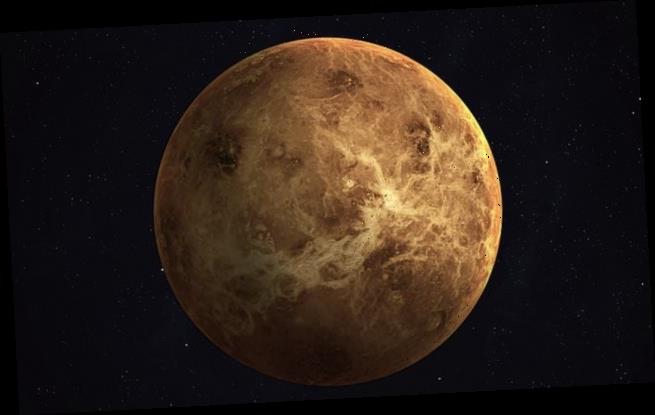 Sky-gazers can catch a glimpse of a cosmic event on Sunday afternoon with Venus and Jupiter appearing side by side as ‘two points of light’ after sunset.

The planetary conjunction will be visible to the naked eye at around 4.30pm, in the south-west direction.

According to astronomer Tania de Sales Marques, of the Royal Observatory Greenwich, the planets ‘will be at about 1.2 degrees apart – just a bit more than the width of your little finger at arm’s length’. 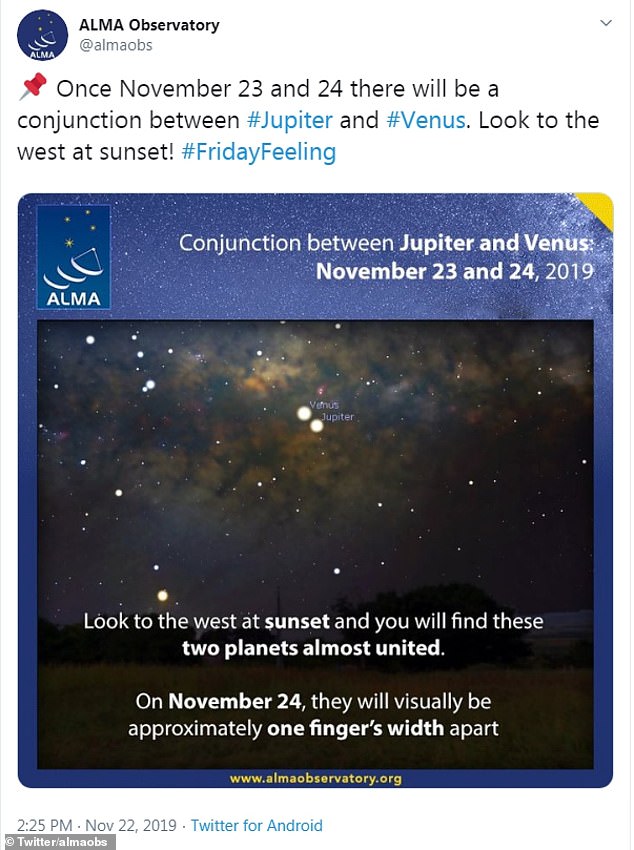 Venus and Jupiter will appear in a line next to each other tomorrow afternoon shortly after dusk. Star gazers will have to look to the south western skies to see the planets 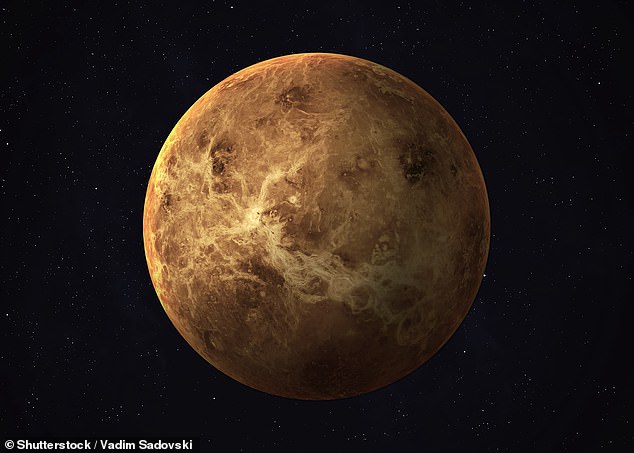 Venus, pictured, will be visible low in the sky to the west tomorrow evening 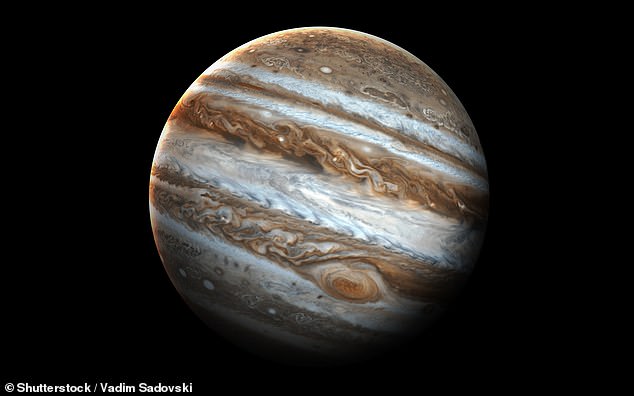 Jupiter, pictured, will be seen to the south west in an adjacent position to Venus

She said: ‘Two points of light have been adorning the south-western sky just around sunset and to the avid observer they might appear to be moving closer every day.

‘These points of light are in fact the planets Venus and Jupiter and they will come closest together in the sky on November 24.’

Despite being hundreds of millions of miles apart, the planets will appear near each other, forming a nearly straight line with the Earth – an event known in astronomy as a syzygy.

She said: ‘As the planets will be setting soon after sunset they will appear very low in the sky, so one will have to find somewhere with an unobstructed view of the horizon and face the south-west direction.

‘The Moon will set earlier during the day, and sunset will occur at 16:00, so the best time to spot the pair of planets will be at around 16:30.’

Eagle-eyed viewers will also be able to see another planet further up in the sky.

Ms de Sales Marques said: ‘If you look towards the south and a little bit higher in the sky, you will also be able to see Saturn trailing behind Jupiter and Venus.

‘But if you miss the conjunction don’t worry as the planets will remain close in the sky for a few more days.’

Venus and Jupiter will not coincide in this way again until February 2021.

Iran warns neighbors not to meddle in country’s internal affairs