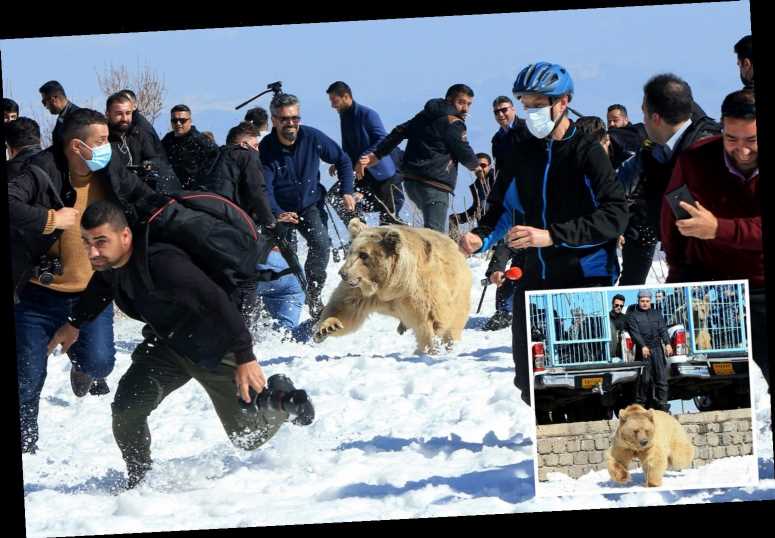 REPORTERS and police sprint for safety as a group of caged bears go on the attack moments after being released into the wild.

The chaotic scene was captured in these dramatic pictures of a wildlife conservation project in northern Iraq yesterday. 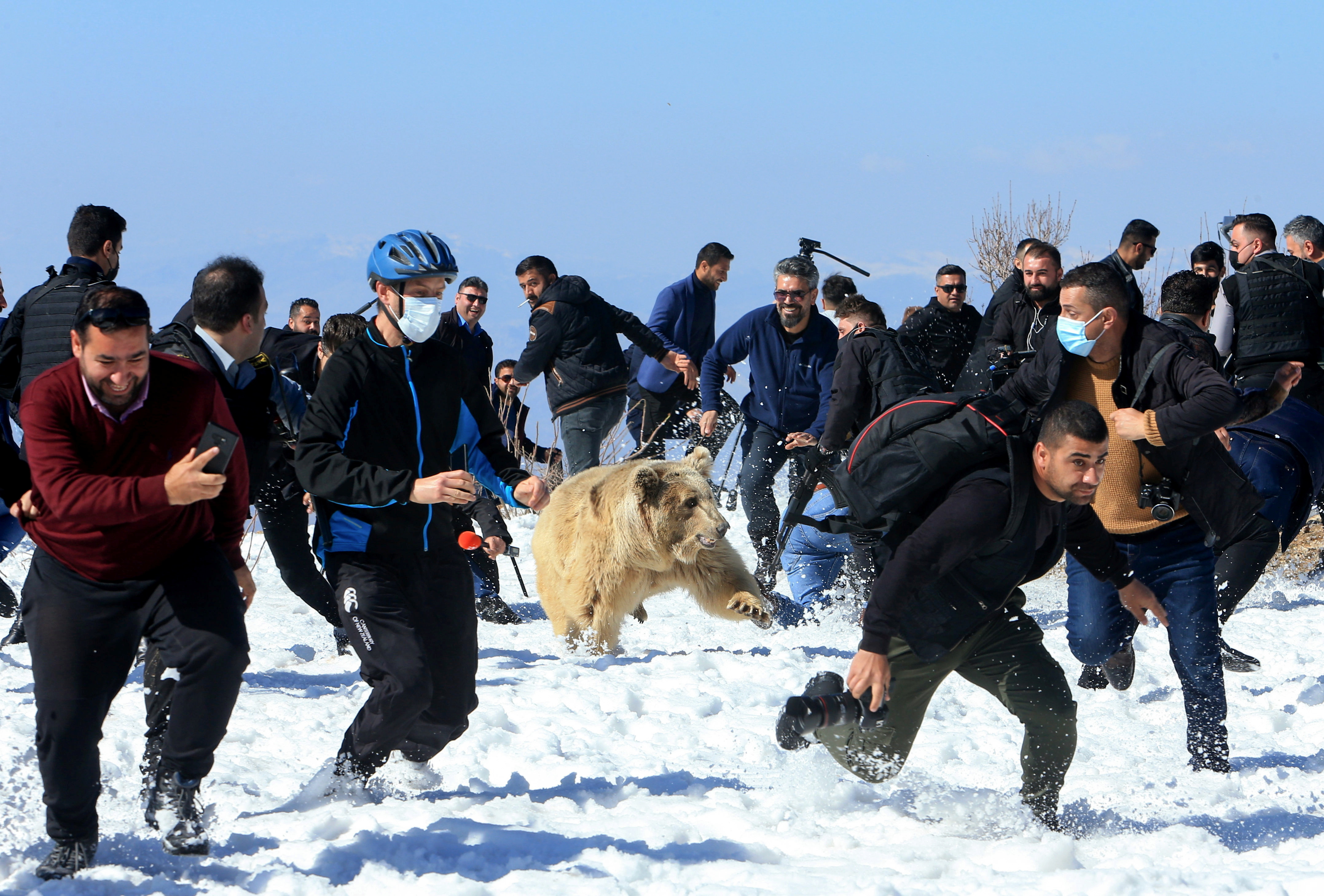 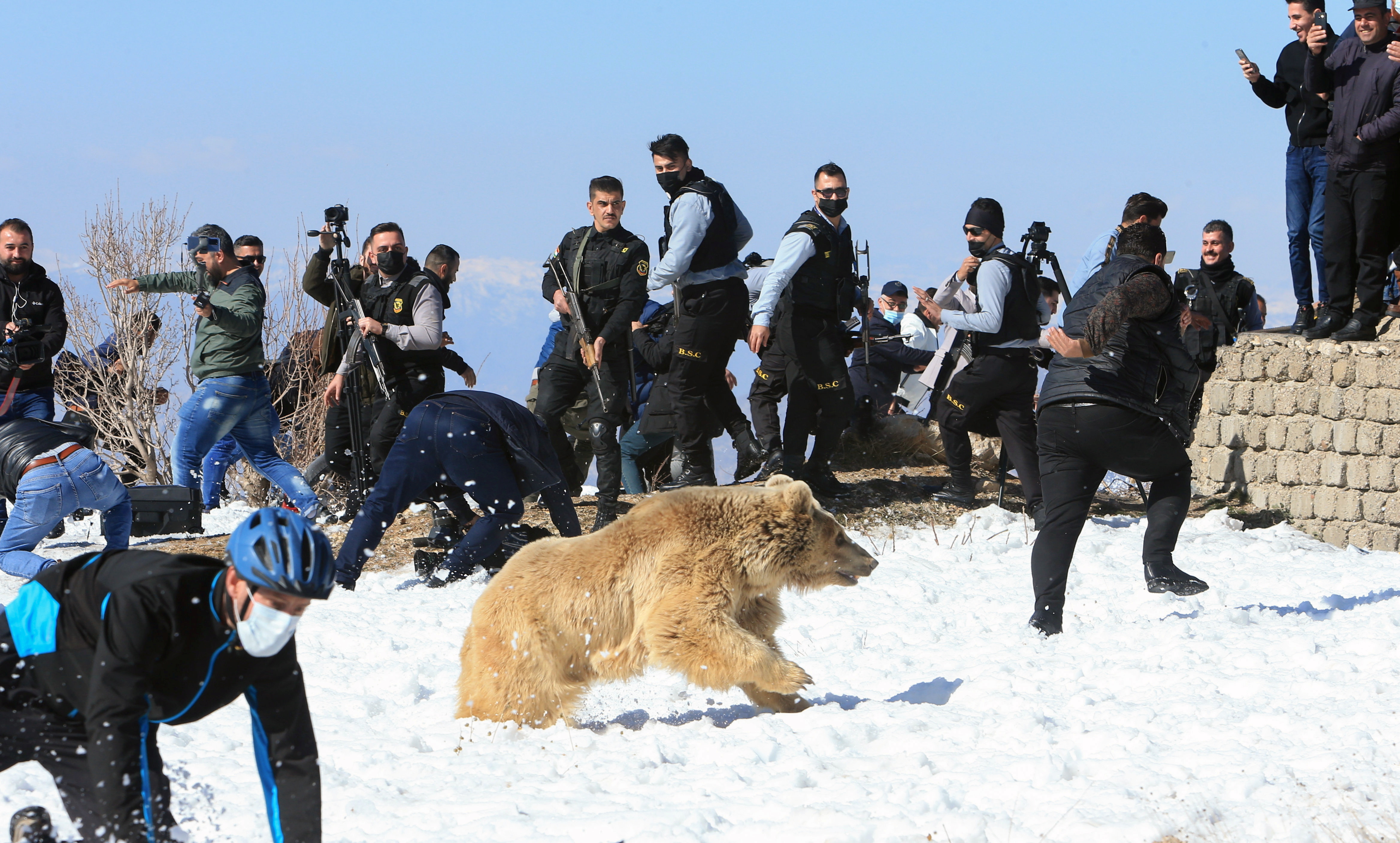 Six bears – some said to have been rescued from people's homes – were taken from towns in the south to their new home in the Gara mountains.

Steel cages were lined up on a wall, surrounded by a bewildering crowd of cameramen, armed security personnel and others.

Moments after the cages were opened, the panicking bears charged towards a gaggle of spectators.

Terrified men were pictured running to escape the beasts as the release ceremony descended into chaos.

It is not clear if anyone was injured. 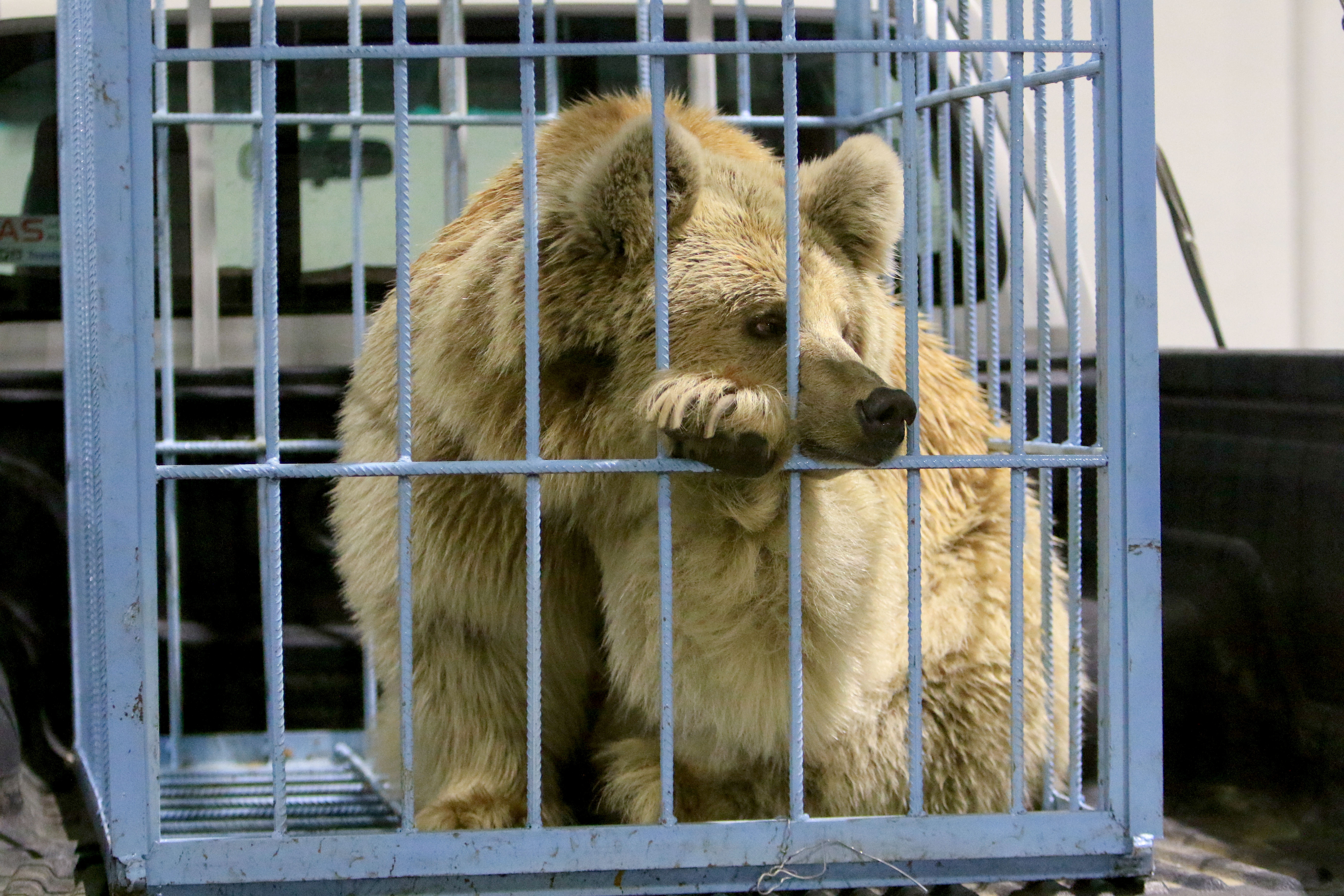 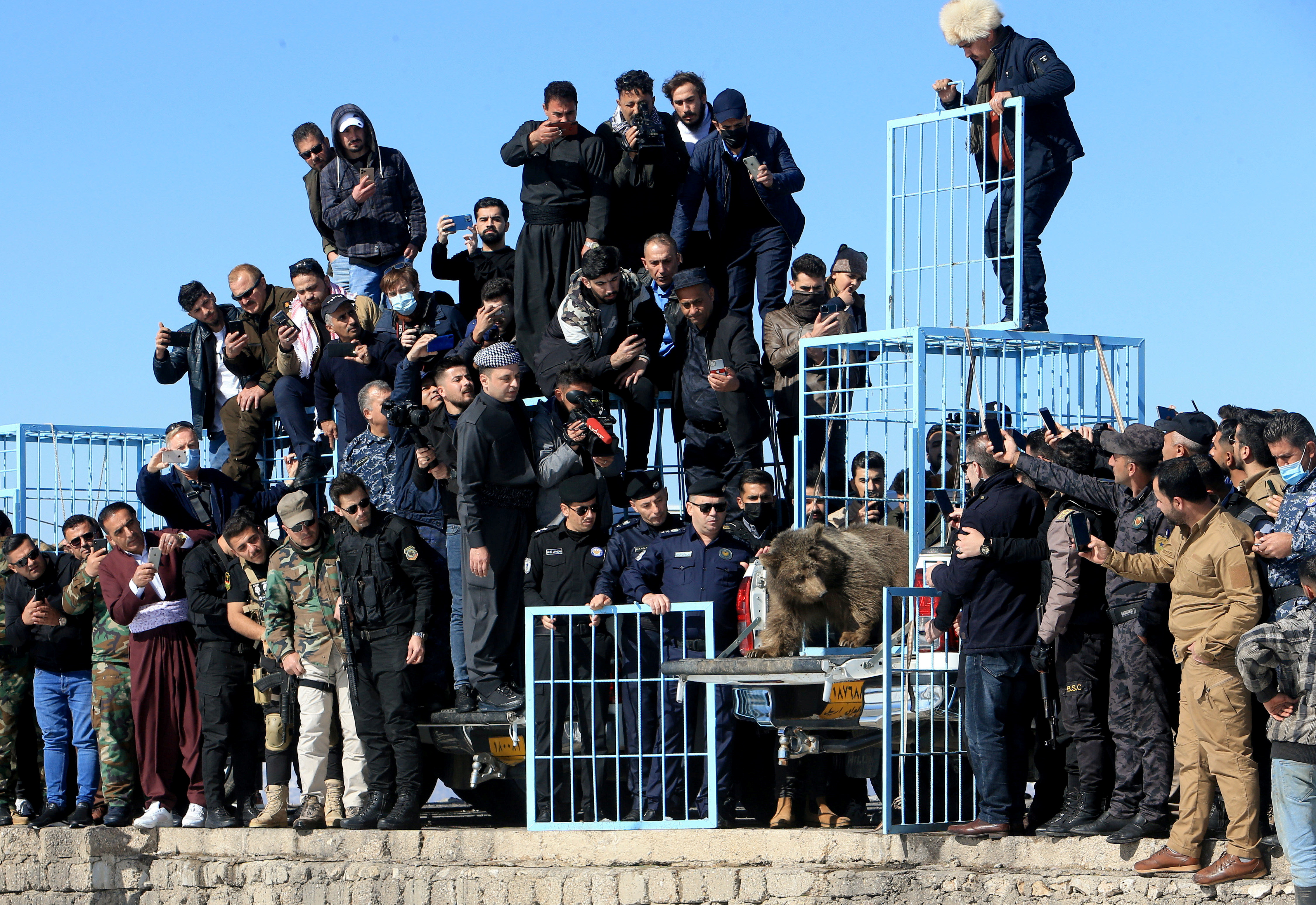 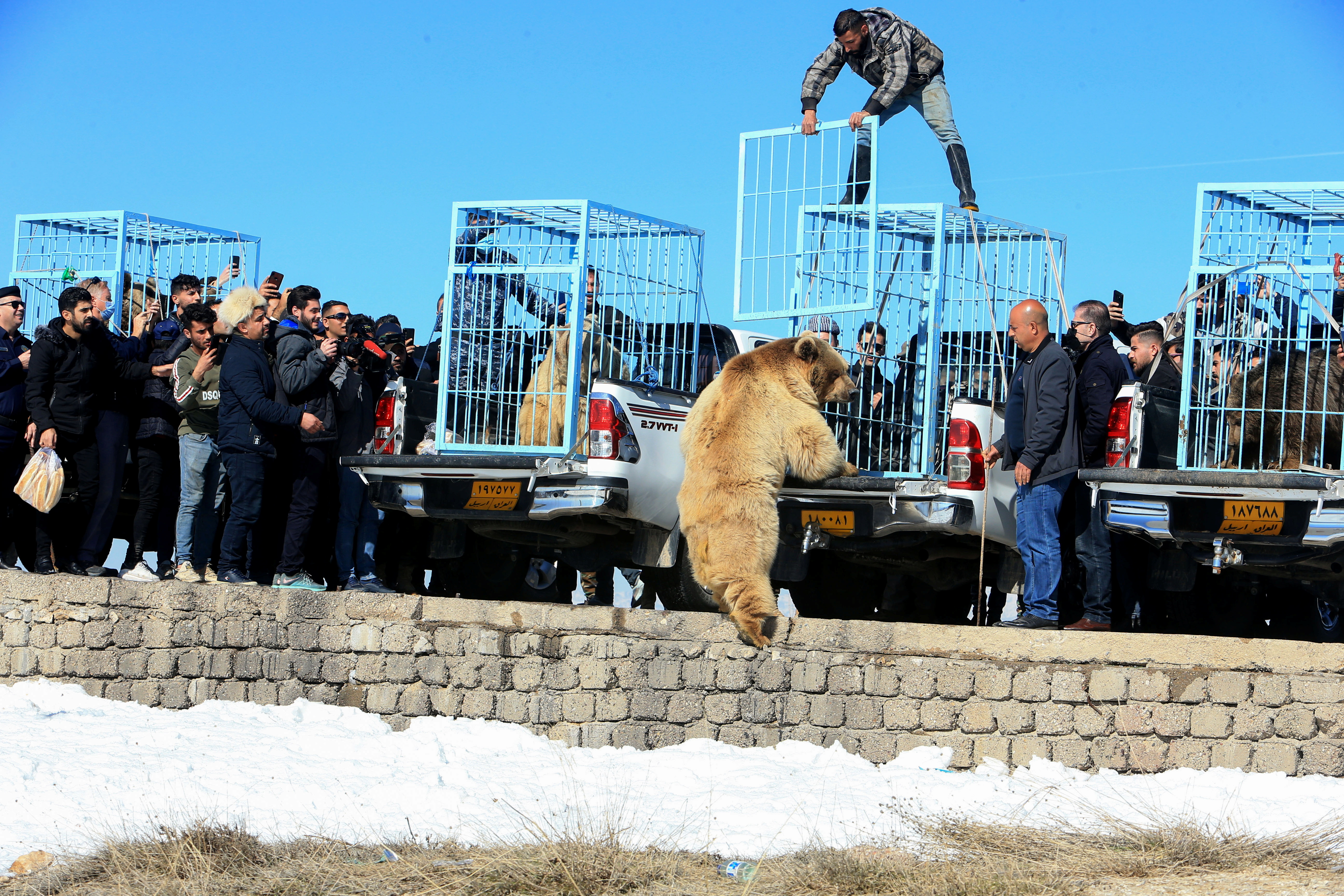 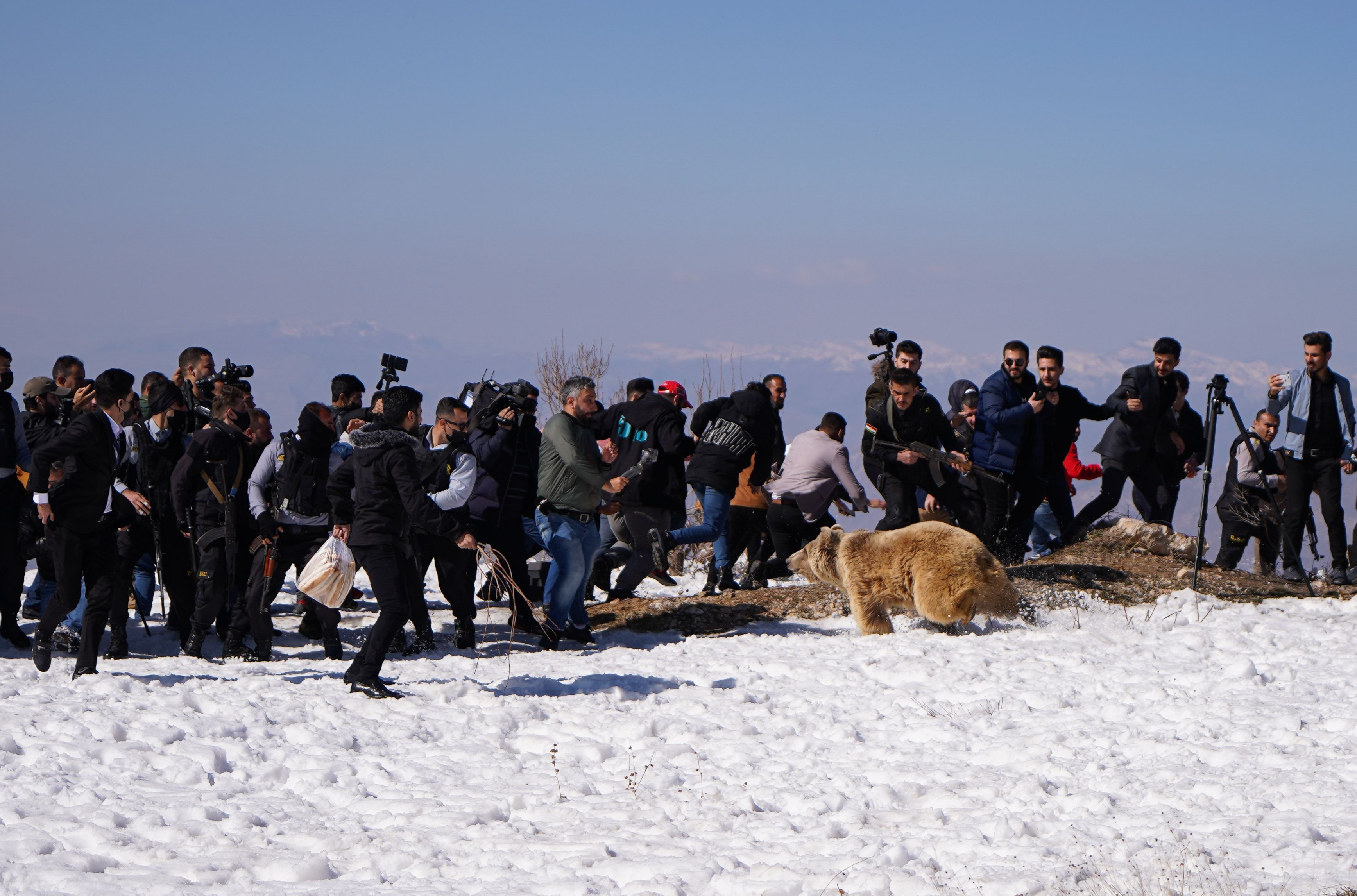 The bears eventually wandered of into the snowy landscape near Duhok, in Kurdish-controlled northern Iraq near the border with Turkey.

The American-Kurdish Association released the six Syrian brown bears as part of a scheme to save the near-extinct species from vanishing in its natural habitat.

The head of the organisation, Blend Prevkani, told Shafaq News agency: "The bears were brought from areas in southern Iraq.

"Some of them were bought, while the others were given to us by their owners."

This was the third such release by organisation over the past few years.

In 2018, reporters were attacked by three bears after they were released in the same mountain range.

Mr Prevkani said at the time the bears probably panicked while surrounded by a large group of people including media crews.

Two journalists were injured on that occasion. 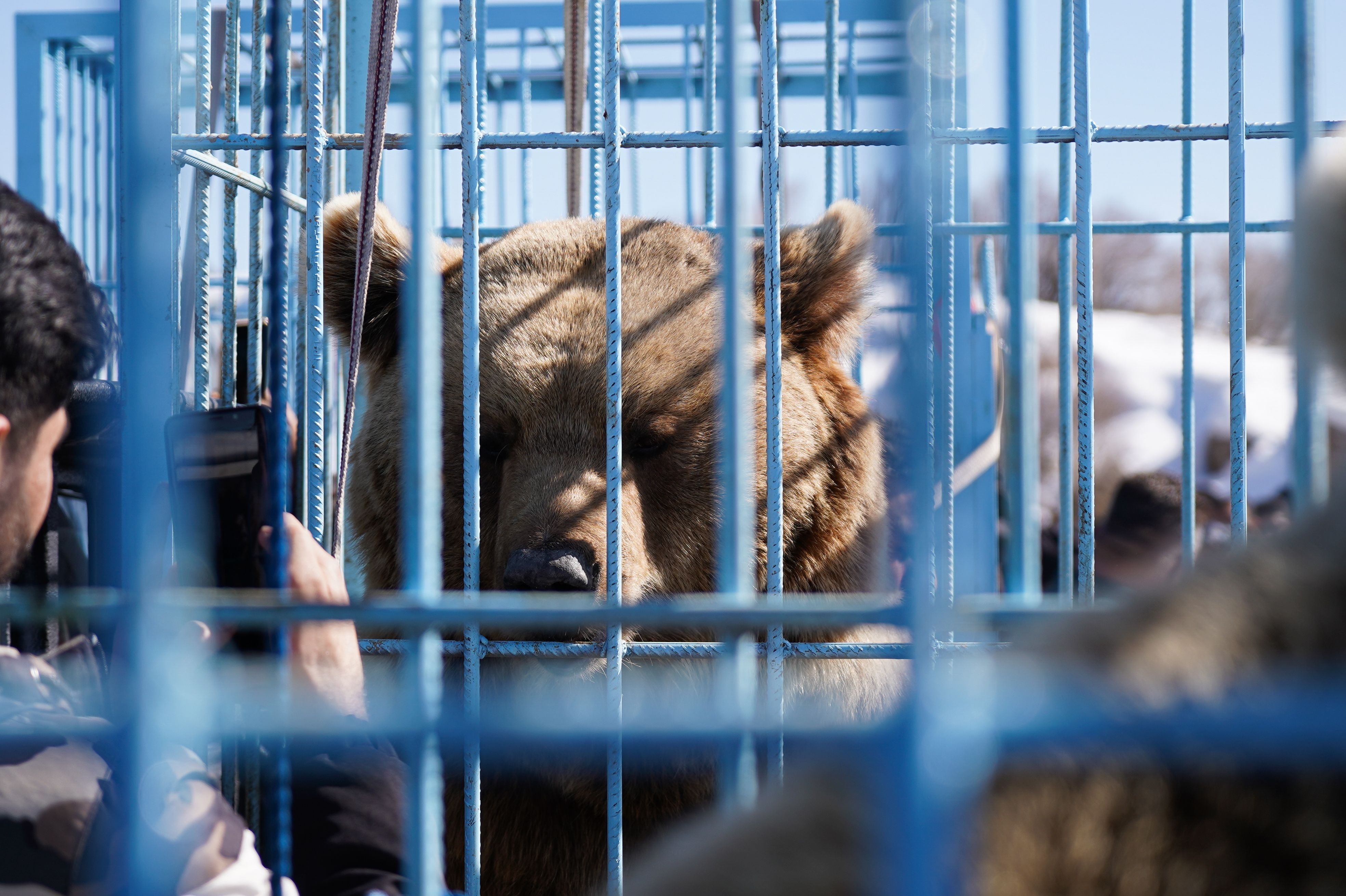 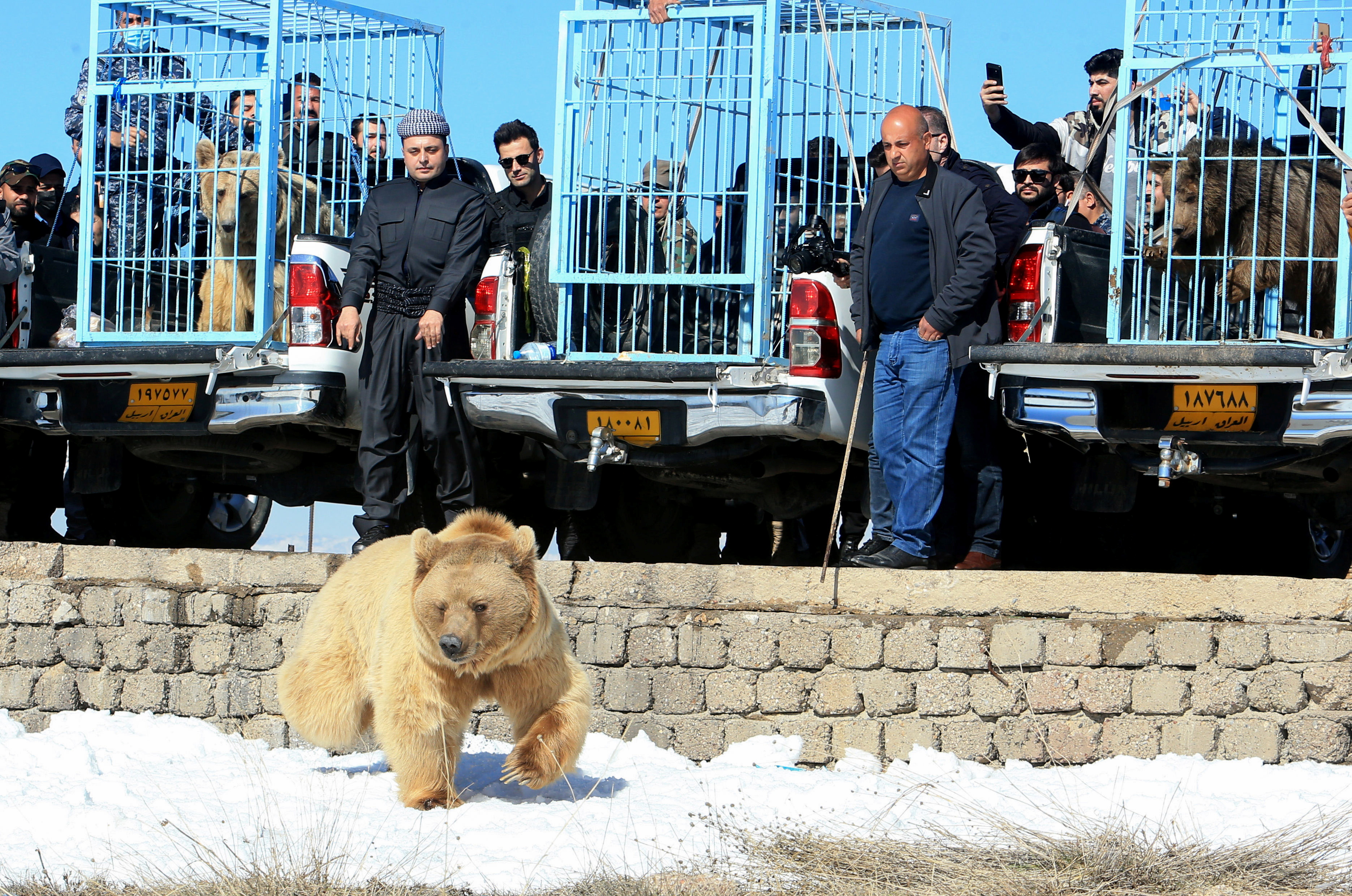 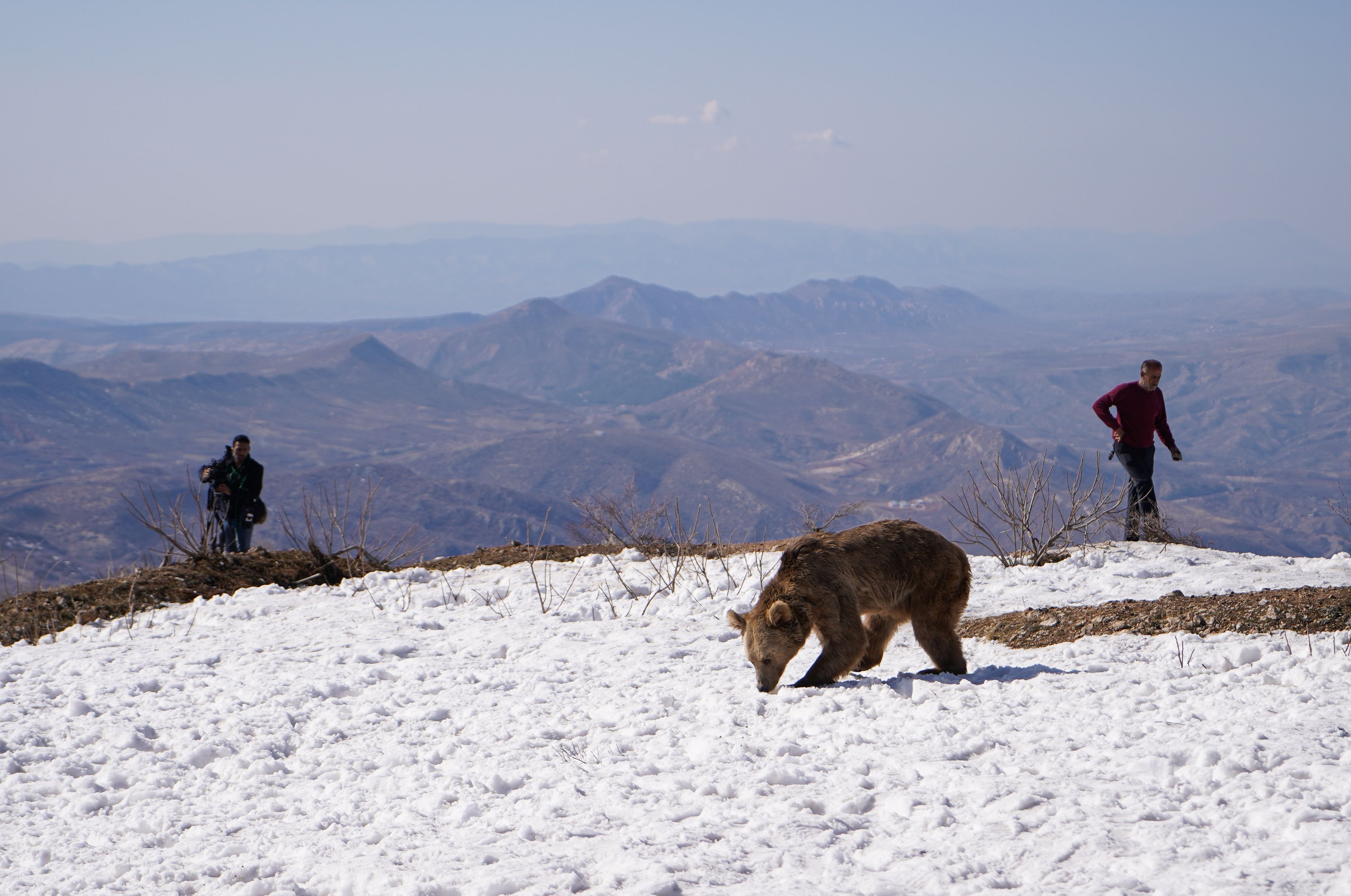 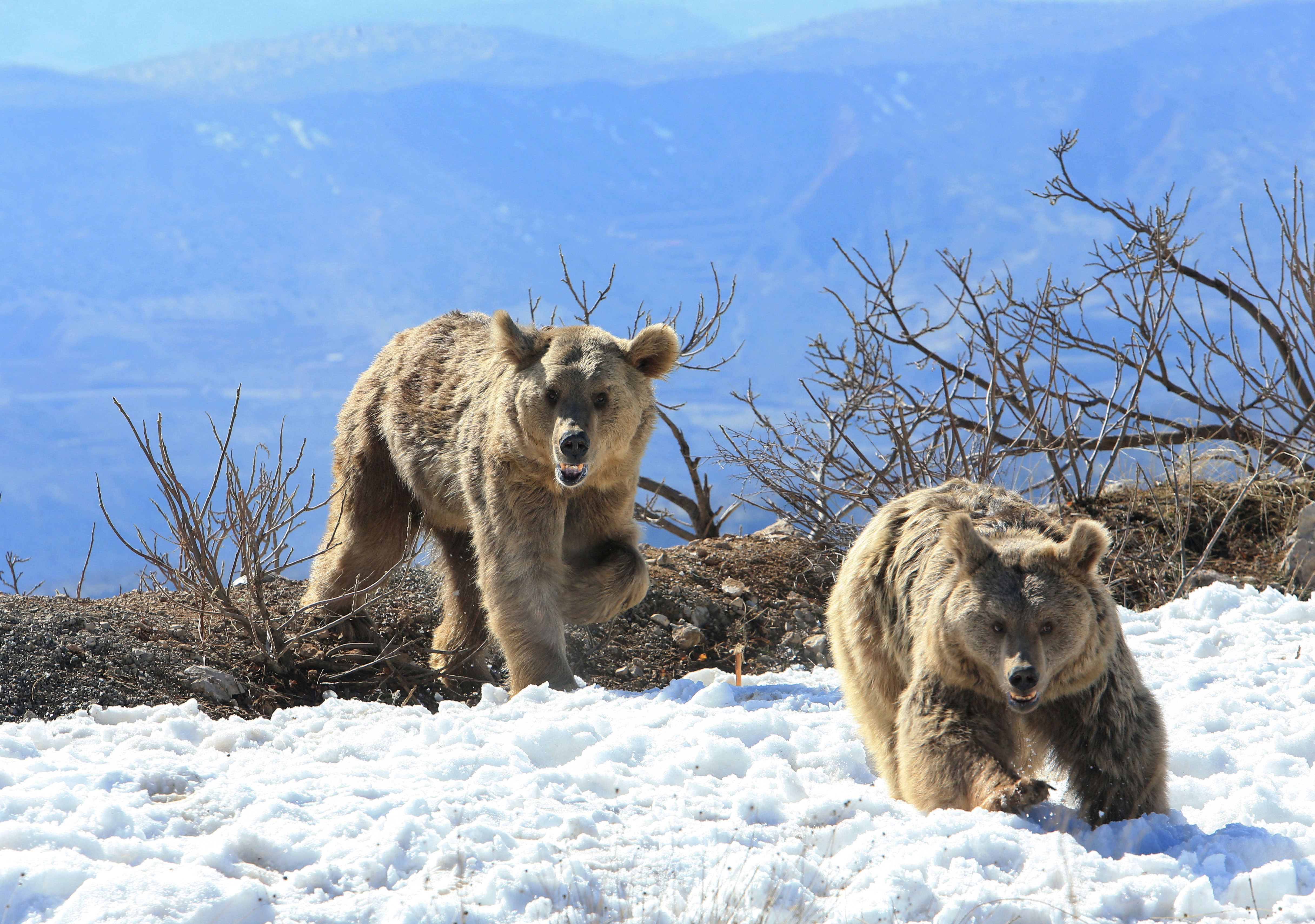 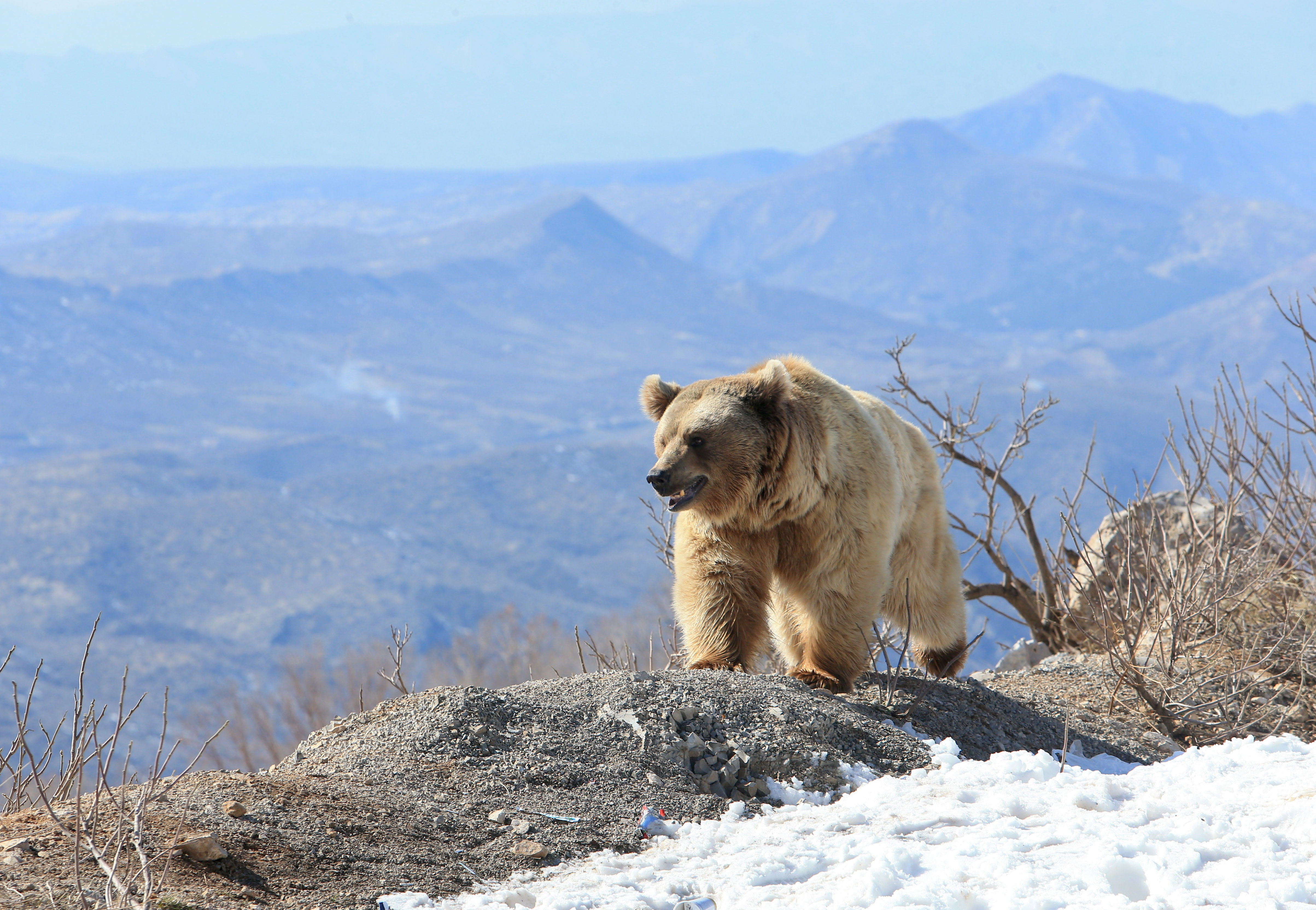