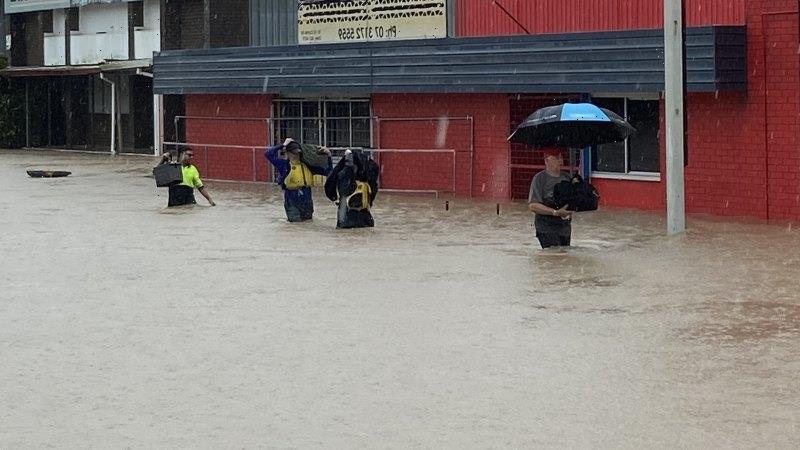 Six dead, thousands in Ipswich and Brisbane on alert as wild weather continues to lash Queensland

South-east Queensland is bracing for another day of damaging rains and Ipswich is on high alert, with fears thousands of Brisbane properties could be inundated as widespread flooding continues.

Six people have now died due to the flooding, with the body of a 34-year-old Moorooka man discovered in Indooroopilly after his car became submerged in floodwaters at 2.30am on Sunday.

“The man attempted to swim to safety, however, nearby residents raised the alarm when he failed to surface from the water,” Queensland Police said in a statement.

Ipswich residents have been told to prepare to leave due to the possibility of life-threatening flooding on Sunday morning. Areas of concern include low-lying homes near the Bundamba Creek, Woogaroo Creek, Bremer River and Warrill Creek.

More than 21,200 Queensland homes were without power at 8.30am Sunday, according to Energex.

He said that flooding estimates included situations where the floodwater entered front gardens or backyards, but did not necessarily enter the home.

Wivenhoe Dam was due to start releasing water again, as a precaution, and Cr Schrinner said households should prepare for Sunday morning’s high tide.

“Residents in low-lying areas should make sure they’re prepared. Stock up on sandbags at our depots, ensure your household has essentials and know when it’s time to leave,” he said. 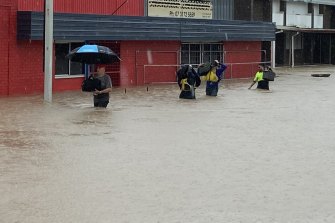 A severe weather warning for damaging winds and heavy rainfall was still in place for Queensland’s southeast coast and parts of the Darling Downs and Granite Belt, including Brisbane, Gold Coast and Ipswich.

The Bureau of Meteorology warned that intense rainfall leading to “dangerous and life-threatening flash flooding” was possible in coastal areas south of Caloundra and the Gold Coast hinterland. As thunderstorms move through, those areas could receive up to 200 millimetres of rain in six hours. 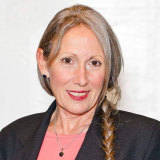 A well respected SES worker who was on her way to help a trapped family is among the six people who have died in the emergency.

Ipswich-based volunteer Merryl Dray died when the car she was travelling in was swept off a road on Friday night at Coolana in the Lockyer Valley.

She has been remembered a much-loved member of the Lowood SES Group, and several authorities publicly expressed their condolences to her friends and family, including the Premier.

Queensland’s Department of Transport warned that hundreds of roads in the state have been closed or damaged due to heavy rain and floodwater.

NSW is also bracing for heavy rains, as the low-pressure system which developed in south-east Queensland is forecast to track south, into the north-east of NSW.

Areas including Lismore, Grafton, Coffs Harbour, Tenterfield, Murwillumbah, Yamba, Maclean, Woolgoolga, Sawtell and Dorrigo could be affected by the weather event, with the Bureau of Meteorology issuing a warning for damaging winds and heavy rain.