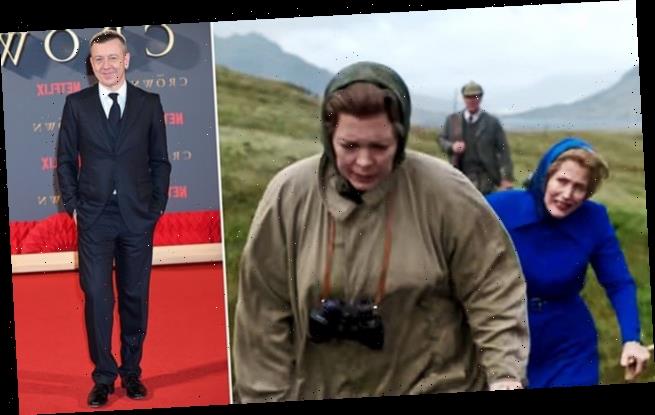 SIMON JENKINS: The Crown’s creator loathes the Royal Family and he’s playing with fire by titillating the public with fake history

Netflix’s latest season of The Crown opens with a warning of ‘scenes of an eating disorder which some viewers may find troubling’. There is no mention of a truth disorder.

Did the Royal Family humiliate Mrs Thatcher at Balmoral? No. Did Charles phone Camilla every day after marrying Diana. No. Did the Queen have relatives locked in a mental hospital to avoid embarrassment? No.

These and other falsities are not colour to flesh out a Royal docudrama. They are lies aimed at falsely accusing public figures. Do they matter? Does truth matter?

Anyone seeking to titillate the public with fabricated history plays with fire. Apologists for the latest £97 million season of The Crown argue that Royalty has long been the butt of satirical fiction.

It can take global ridicule for public entertainment in its stride. If Camilla suffers a vicious troll attack, she can handle it. 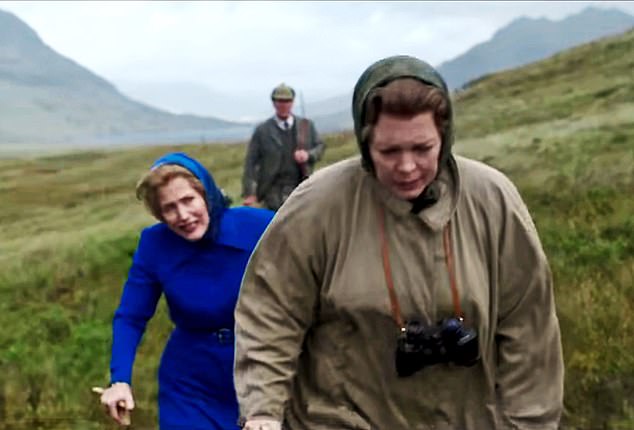 Netflix’s latest season of The Crown opens with a warning of ‘scenes of an eating disorder which some viewers may find troubling’. Did the Royal Family humiliate Mrs Thatcher at Balmoral (pictured in Netflix’s portrayal)? No

The creator of the series, Peter Morgan, was probably right to think himself in the clear. He was not offending a sensitive minority or overtly promoting hate speech.

He was making reportedly the most lavish television series in history, with a vast Hollywood corporation behind him and the bullet-proof vest of ‘artistic licence’ to silence critics.

To the meticulous historian of Royalty, Hugo Vickers, the episodes are so drenched in inaccuracy – eight false scenes in the first episode of the latest series alone – that the fact that some victims are dead hardly dilutes his outrage. Many are not.

The Crown accuses the 99-year-old Prince Philip of serial infidelity, involvement in the Profumo affair and threatening Diana if she leaves Charles that ‘it won’t end well’.

In 1960, the Duke of Edinburgh and an Australian Royal press secretary William Heseltine decided to ‘rebrand’ the Monarchy as a ‘Royal Family’, a happy couple and lovable quartet of children.

They should have known where it would end, in a raging global soap opera. The world would hang on every titbit of gossip and scandal.

What was first screened on TV as a demure Balmoral barbecue has led inexorably to an eternal upmarket version of Keeping Up With The Kardashians.

Representing living people ‘on stage’ is always dangerous, drama’s last resort. It is ‘sexing up’ fiction with the gold-dust of reality to help suspend disbelief.

Newsreels of real events, such as Ulster’s Bloody Sunday are inserted into The Crown to promote verisimilitude.

Emma Corrin claims to have realised from the script that the Diana she was playing ‘was a fictionalised character’.

That did not stop her poring over Diana recordings ‘to perfect the intonations and inflections in her voice’. She fooled the world. 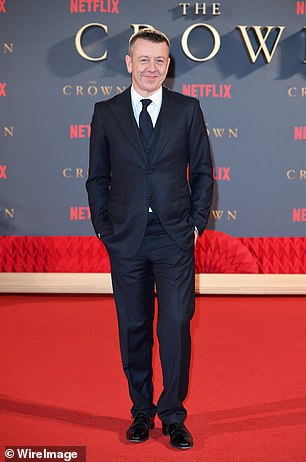 The creator of the series, Peter Morgan, loathes the Royal Family

I admired Morgan’s film of The Queen about the Palace’s reaction to the death of Diana. It reconstructed the events in Buckingham Palace and Downing Street with what seemed meticulous care.

Helen Mirren made a superb and plausible Queen, despite the cheap metaphor of Diana as a dead stag, an image lamely repeated in The Crown. It was plain that researched accuracy to known events was the most effective vehicle for the truth.

Morgan has not challenged Vickers’ – or anyone’s – charge of falsehood. He has instead piously declared that ‘sometimes you have to forsake accuracy, but you must never forsake truth’. His victims might reasonably ask what is the difference.

This is nothing to do with artistic licence, whatever that means. The clear intention of the latest season of The Crown is to convey the impression of a thoroughly nasty Royal Family in some way responsible for Diana’s death.

Anyone wanting to make a drama about a dysfunctional royal family could have used a fictional one. I suspect no one would have watched.

Equally, Morgan could have made The Crown without defamatory fabrications – as he succeeded in doing in The Queen. I think plenty would have watched.

But he was clearly consumed by his own fantasies and driven by a loathing of the Royal Family. He made Princess Margaret truly nasty and Olivia Colman’s Queen a sour-faced prig.

Most outrageous, he made Prince Philip detest Diana, which he did not, and deliver her a final, menacing threat.

The hijacking of history to prop up a good tale may be as old as the hills. Oliver Stone’s movie JFK ‘proved’ that Lyndon Johnson conspired to assassinate President Kennedy. 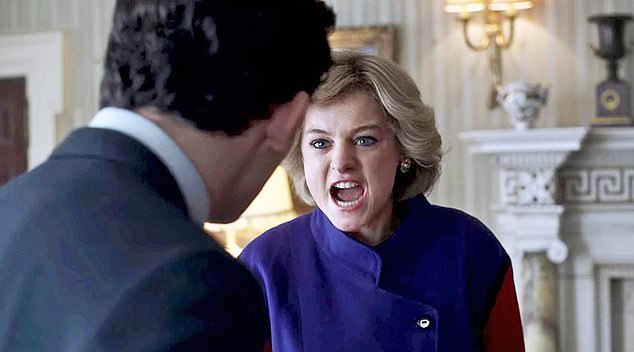 Most outrageous, Peter Morgan made Prince Philip detest Diana (pictured) in the show, which he did not, and deliver her a final, menacing threat

It grossed £149 million and I know plenty of informed people who found it convincing.

The same applied to the endlessly cited historical travesty, Shakespeare’s Richard III. The films Braveheart and The Patriot monstrously traduced Britain for Nazi-style imperial atrocities, both par for Hollywood in the past.

So, too, were the countless films on which I was brought up, implying that Britain fought Hitler alone. They are still shown nightly on British television.

Morgan’s defenders argue that sensible people will not have believed his inaccuracies and that the general message of the series – that the rest of the Royal Family had it in for Diana – was the truth.

I am sure obsessive Royal-watchers can separate truth from falsehood while anti-Royalists will wallow in confirmation bias.

But the message for millions round the world – with no regular source of information about Britain’s Royal Family – is that The Crown is the gospel truth. Let’s just say that is a pity.

Journalists writing ‘the first rough draft of history’ are forbidden knowingly to invent facts. If they do – whether by accident or design – they are subject to public correction or a court of law.

If they were to cry ‘artistic licence’ for phone hacking or ‘free speech’ for causing offence or inciting hatred, they would be pilloried, fined or jailed.

A £97 million Hollywood contract and an uncontrollable urge to insult a monarch would not, at least in Britain, be a plausible defence.

For me, history can look after itself. Only Richard III’s descendants need complain about Shakespeare’ portrayal of him, as they still do with vigour.

When the makers of Darkest Hour wanted to massage Churchill’s outdated views on race by having him chat about poetry to a black man on the London Tube, we all just laughed.

The rich and famous can, mostly, handle their own reputations, though goodness knows what demons Hollywood has in store for Donald Trump.

But I am worried for truth, especially the truth about the present day. When we are given a version that is biased rubbish – to make a profit or push a political creed – we must be on guard. Is the death of Diana now to feed every conspiracy theorist?

I am sure the Moscow hackers who savaged Hillary Clinton and the Chinese ones who invent crimes by Hong Kong dissidents would happily go along with Morgan, sustaining inaccuracy as justified in the cause of a higher truth. It is the motto of fake news.

Social media has made a step-change in public attitudes to the outside world. If it is on my screen it must be true.

They need fear no editorial pencil. At the click of a send button, the proverbial lie is round the world in seconds before truth can get its boots on.

Painfully slowly, social media is at last coming under regulatory gaze. Platforms will soon face a clear editorial duty to police the material they brazenly publish – as newspapers and publishers have long had to do.

Heaven forbid if this leads to a return to state censorship. But truth must have protection if the public realm is not to be swamped with lies.

In the case of The Crown, Culture Secretary Oliver Dowden wants Netflix to precede each episode with a warning that ‘some scenes are fictional’. Why not, if they can warn about bulimia? But which scenes would it mean?

Why not just tell the truth?