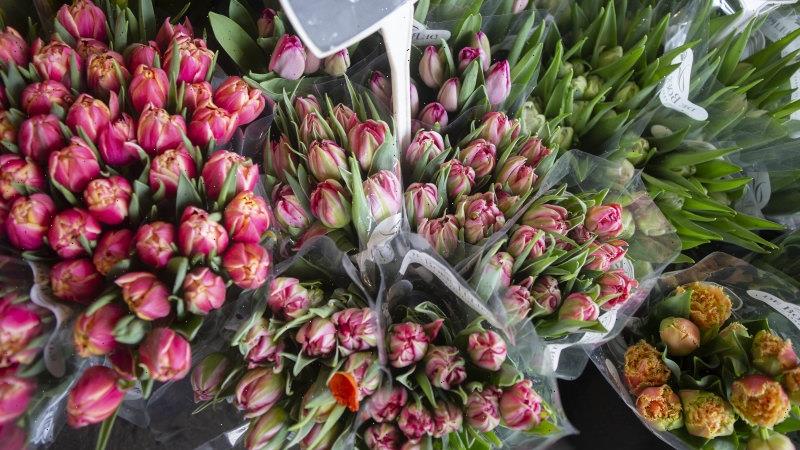 Melbourne florists are gearing up for what is expected to be one of the busiest Mother’s Days on record and flower shops are scrambling to meet demand, despite soaring prices.

Local and online florists are concerned there will not be enough flowers to go around, as the industry continues to suffer from labour shortages, inflation and global supply chain issues. 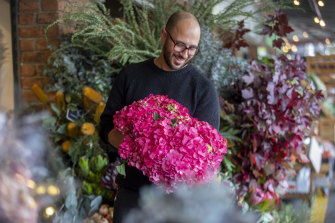 Growing demand has caused the price of all flowers, most notably roses and tulips, to increase exponentially over the past two years.

Michael Pavlous, owner of Azalea Flowers, said some of his flower varieties were up a staggering 100 per cent since 2019. 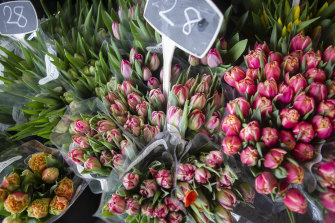 Everyone seems to want flowers this Mother’s Day, but at what price?Credit:Meredith O’Shea

Sourcing locally has stood her business in better stead, but she still noted as price increase of about 30 per cent since 2021.

Flowers imported from overseas saw the steepest price hikes, said Ray. Freight charges continued to climb as a result of ongoing effects of the pandemic, including delays and congestion in trade.

The Flower Industry’s chief executive Anna Jabour said that prices had been “creeping up” due to inflation and a “COVID-19 hangover” – at a time when local businesses, including flower shops, were trying to recover from years of shutdowns and labour shortages.

“That is a bit of a concern … I do hope that people don’t turn away from flowers because of the price because a lot of effort does go into creating them, from seed to counter.”

But the shocking price tag did not seem to deter consumers and nicely perfumed bouquets continued to fly off the shelves.

Since most people have a number of significant women in their lives to honour – including mothers, mothers-in-law, grandmothers and wives – it is a bumper day for florists.

This weekend is a huge turnaround from Valentine’s Day last year, when Melbourne flower sellers were left with thousands of dollars of unsellable, perishable stock thanks to a snap COVID-19 lockdown.

Based on the sell-out number of pre-orders his business received, Pavlous said he suspected this Mother’s Day would be the busiest to date, with tulips, lilies and chrysanthemums leading sales.

“I think people have gotten used to ordering ahead and being organised … With all the supply issues across every industry, if you’re not organised and ordering ahead, you will miss out,” he said.

Tulips may be the first variety to sell out. To grow tulips in home soil, Pavlous said local florists imported the bulbs from the Netherlands. But major delays have meant very few bulbs made their way to Australia this year, resulting in a “good chance” of no tulips come Mother’s Day.

It is not just international supply that took a hit.

Daily Bloom’s founder Ray said the entire floristry industry was also struggling to source product locally due to a severe shortage of flower pickers, increased wage costs and the floods in Queensland and NSW.

“I wouldn’t be surprised if most florists on Mother’s Day are sold out by before lunchtime,” said Pavlous, which would leave flower shops empty on their biggest day of the year.

You can snap up a pair of classic Superga trainers for just £26.35