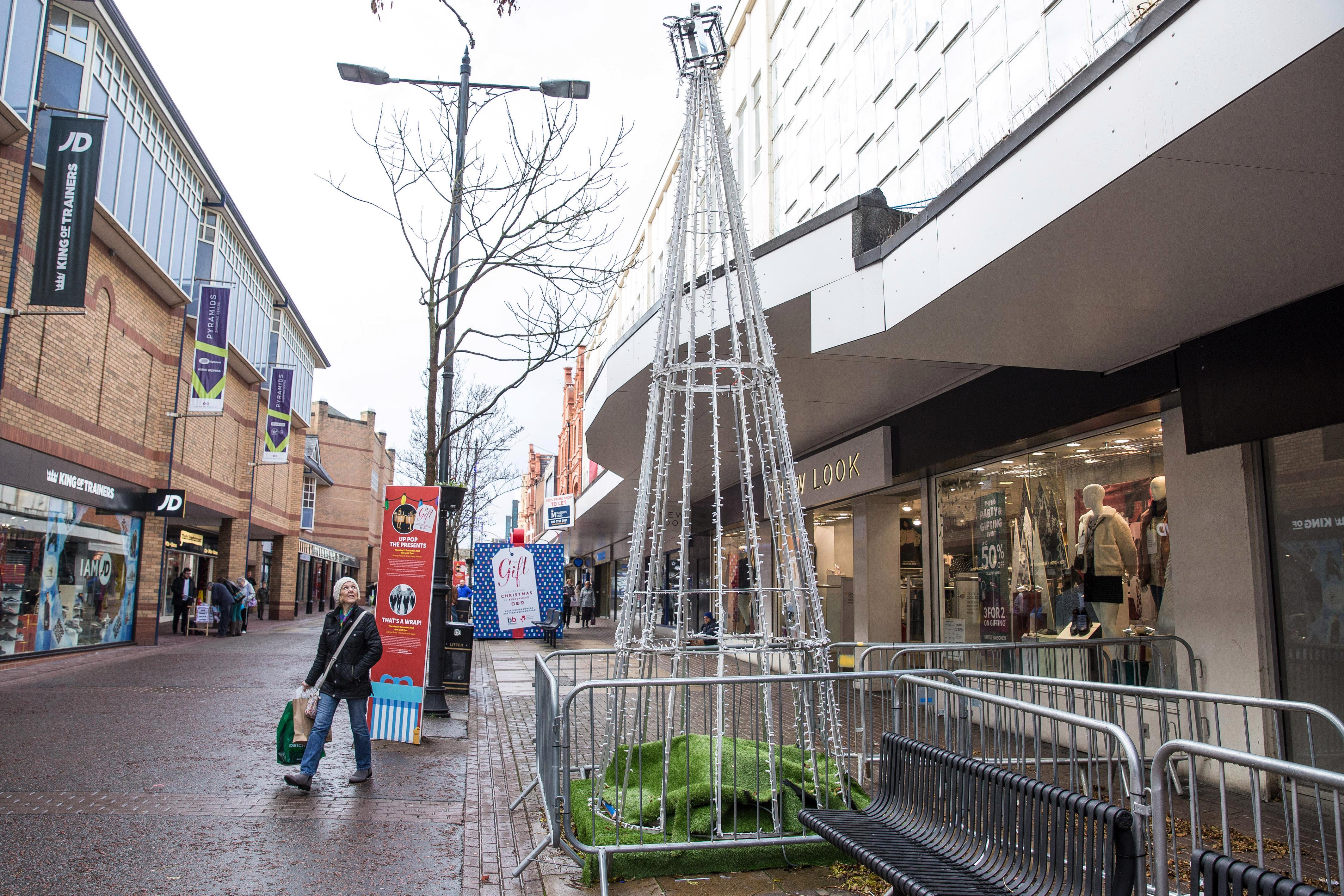 The festive installation in Birkenhead, Merseyside, is a hollow cone-shaped metal frame adorned with LED lights and a present on top. 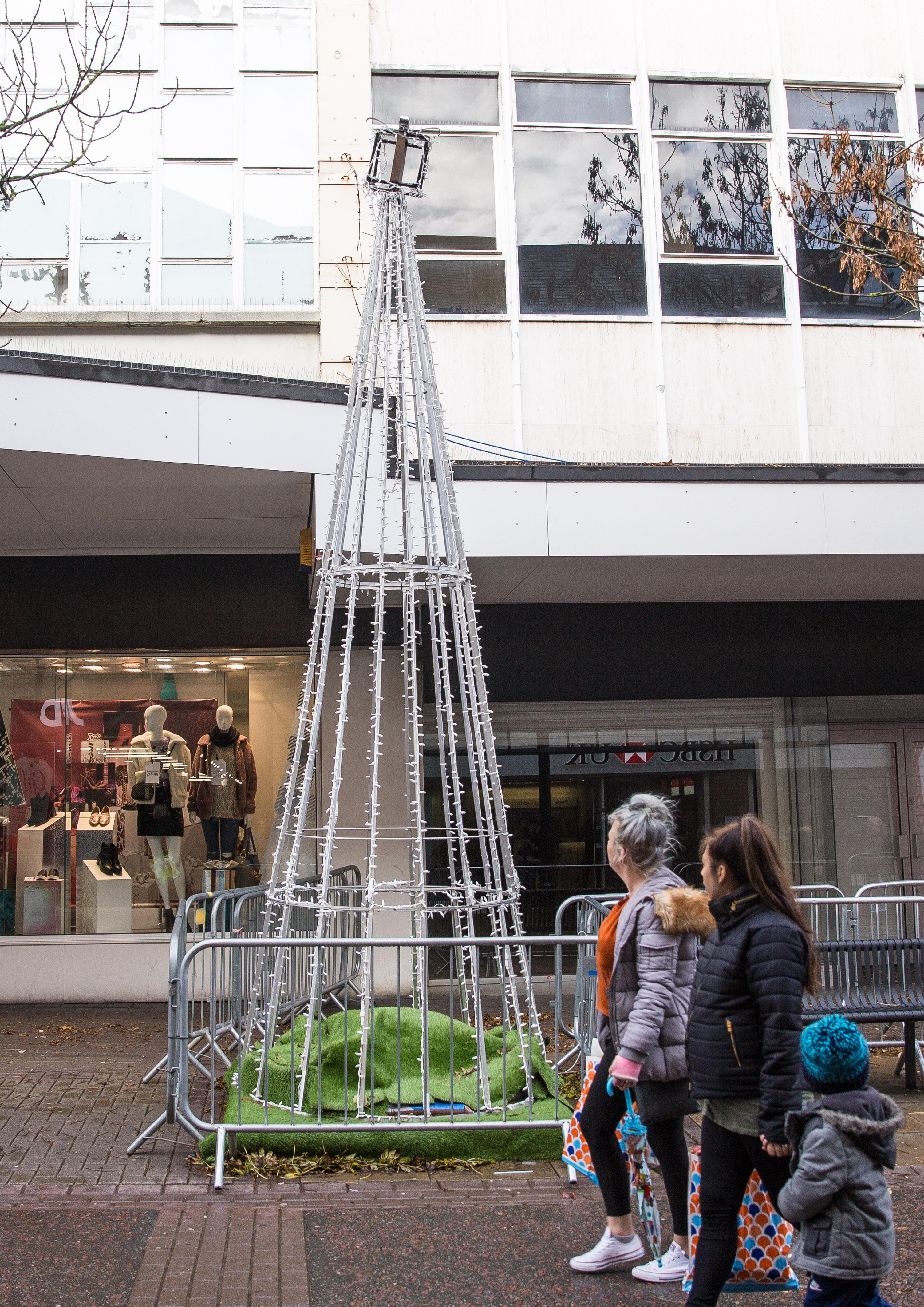 But some have blasted the decoration, which has barriers around the bottom, saying it would've been better to have nothing there "to avoid ridicule".

Tony, 65, added: “It’s aesthetically appalling. It looks like a piece of scaffolding and they seem to have lost interest when they got to the ballast at the bottom. 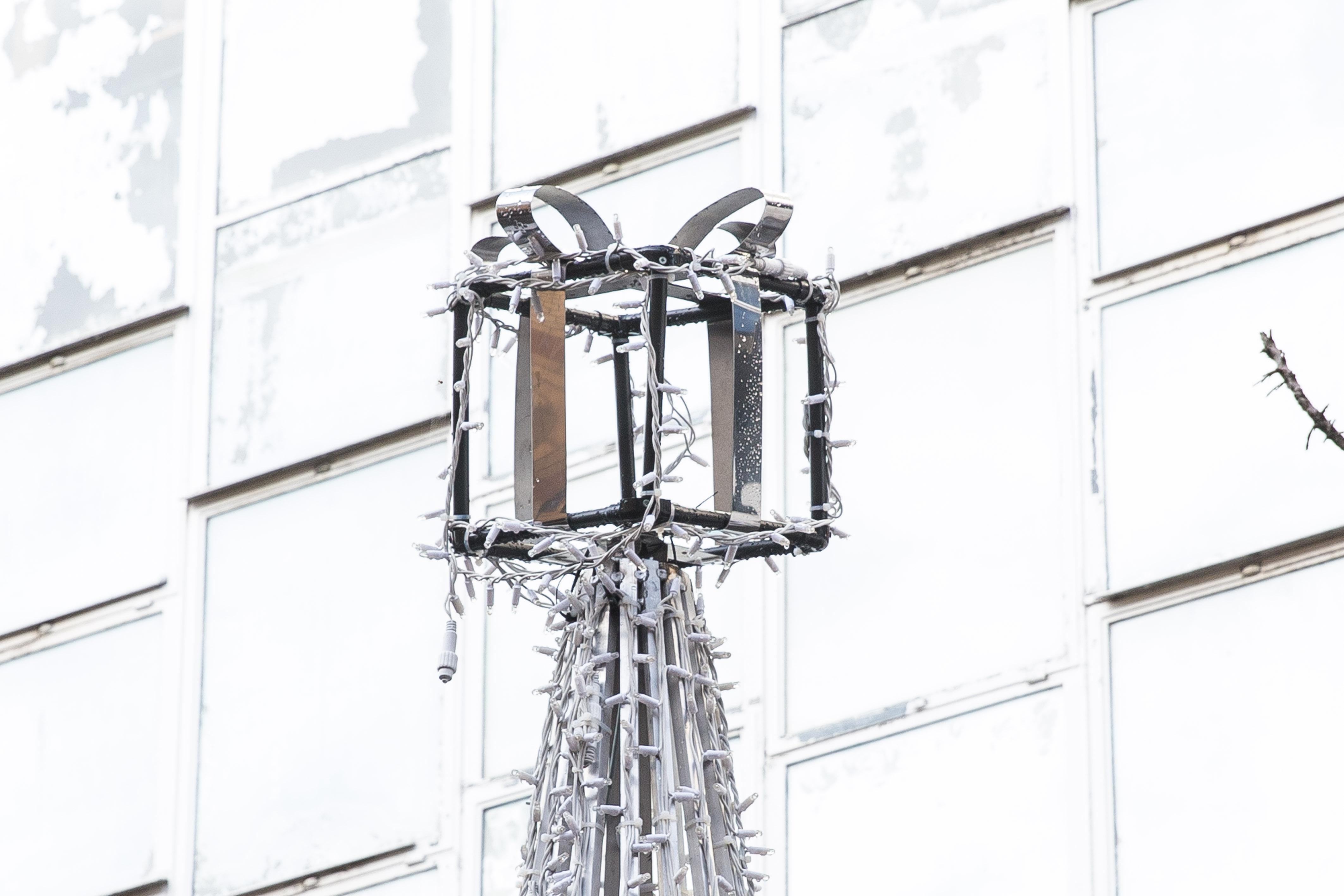 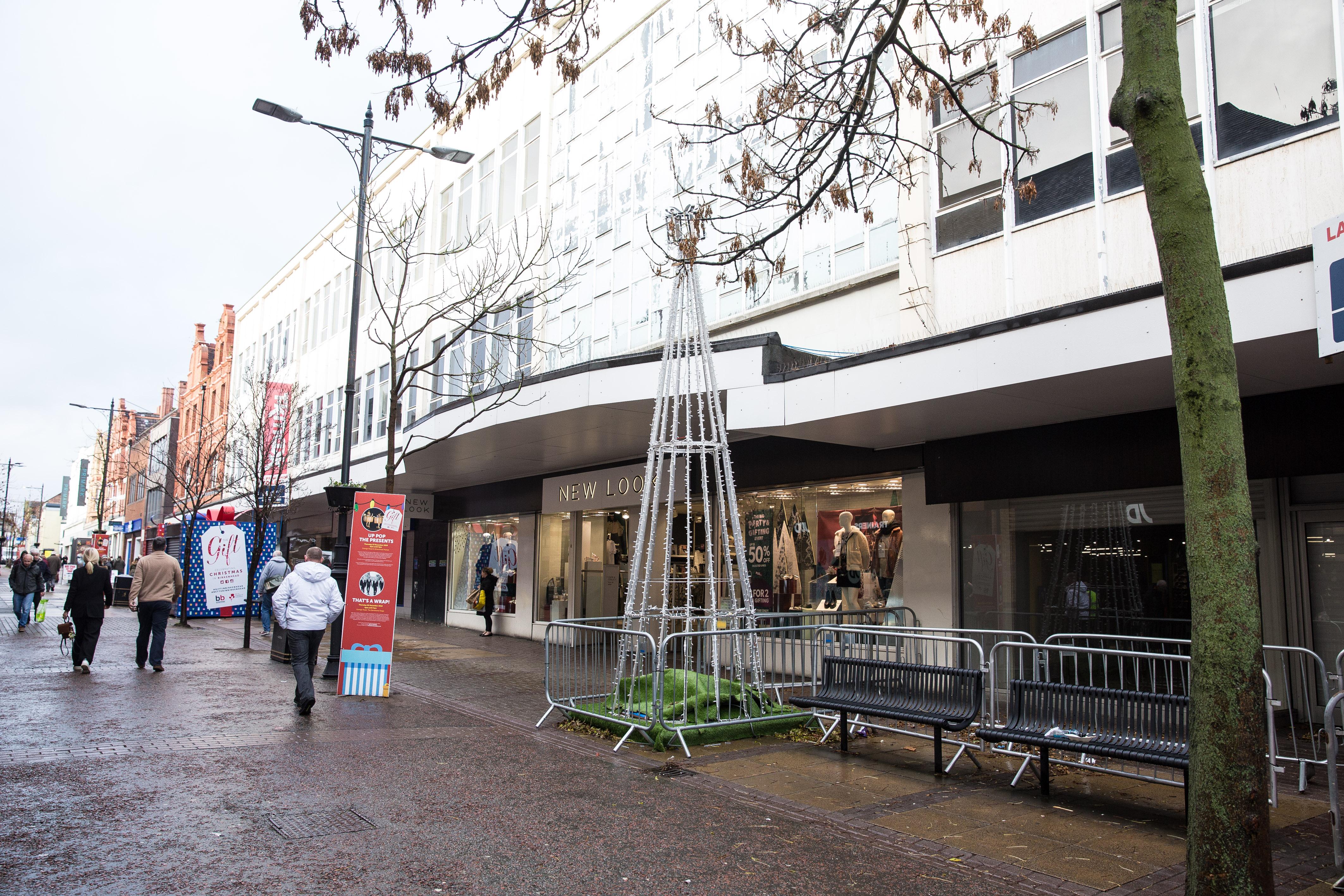 “And then there’s the crash barriers – as though they’re going to keep people back from it.

“And the parcel at the top is truly appalling – but wonderfully so. It sort of sums Birkenhead up really.”

Lesley Thompson, 52, said: “I remember the market when I was younger and it used to be the hub of everything. Christmas used to be spectacular.

“This looks like a cone – just nothing. It doesn’t even resemble a Christmas tree. I think it looks like scaffolding.” 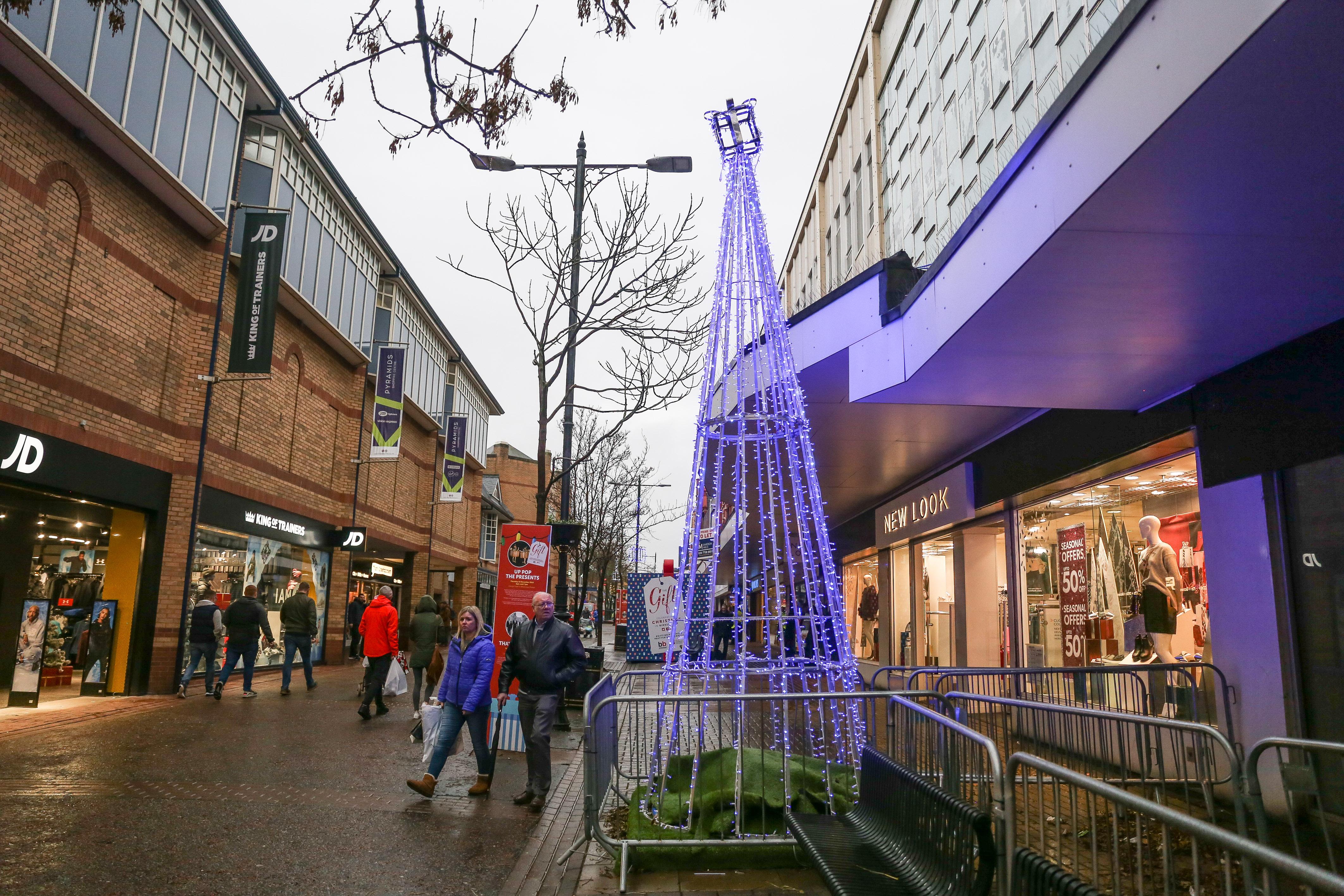 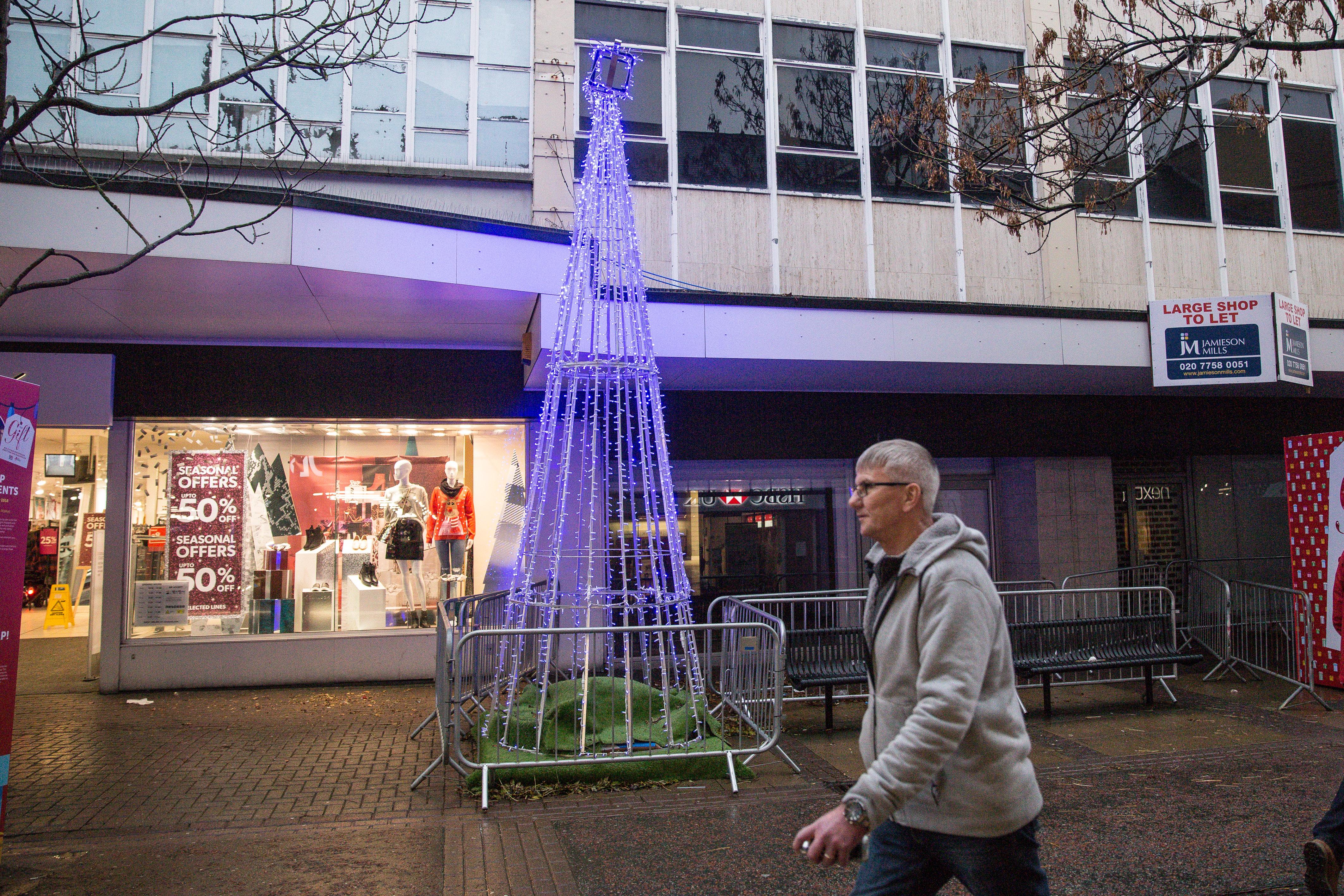 Peter, 57, added: “It’s a shame. Sometimes it’s best not to put something up because it will just expose yourself to ridicule so maybe they should have just left alone.”

Wirral Chamber's Birkenhead Business Improvement District is half way through a programme of activity to drive footfall through the town centre.

A spokesperson said: “Obviously we are disappointed to ever receive negative comments however we have tried through the Birkenhead BID to build a positive Christmas campaign taking in a number of activities over a month long period which will drive extra footfall and visitors to the town centre offer.

“We received many positive comments expressing thanks for the work Birkenhead BID has carried out in bringing this back to the town centre.” 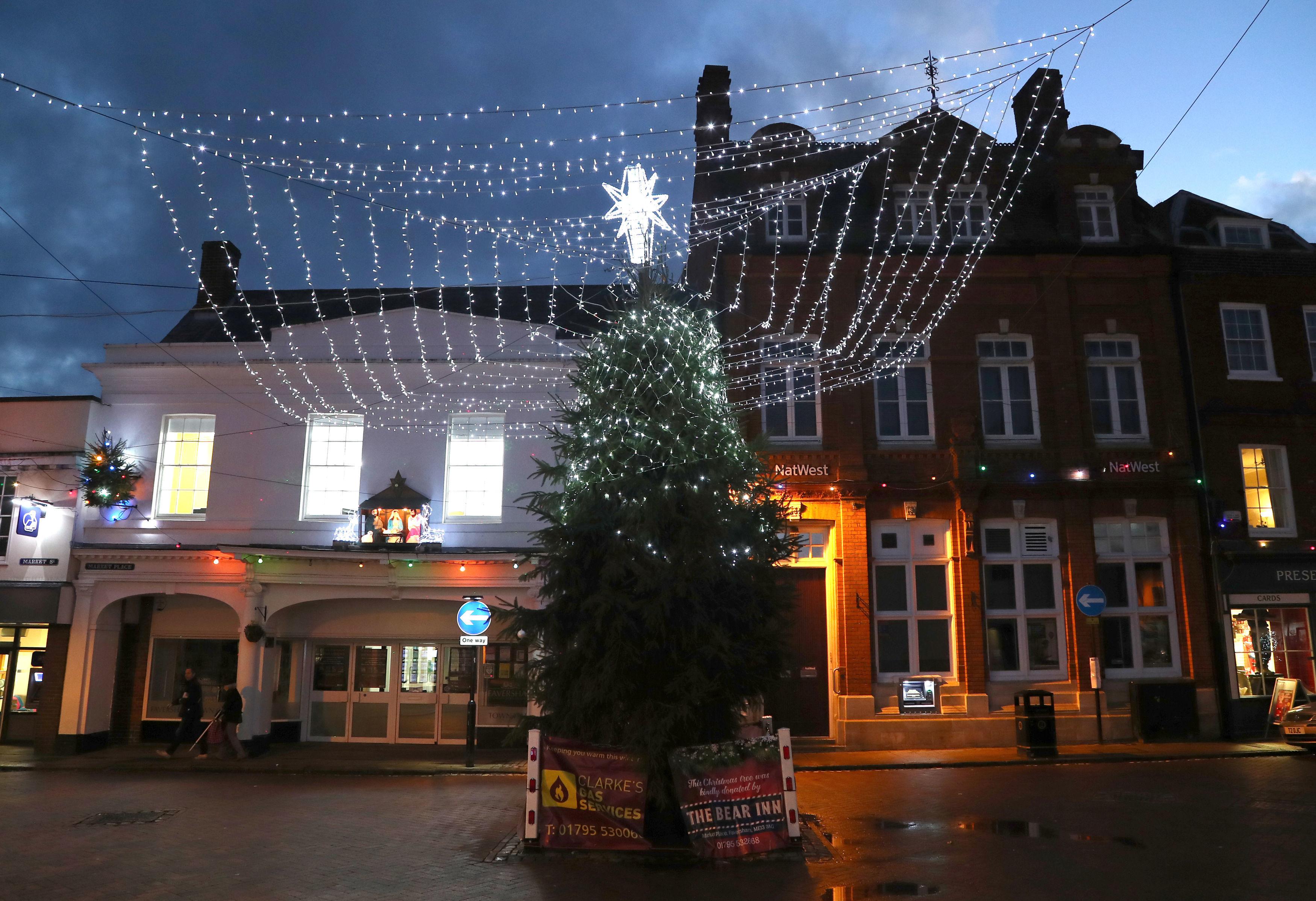 But not everyone was dismayed by the tree – local businesses said they thought it "looks fantastic" following the official light switch-on.

I-Care Opticians added: “Having the lights switch on in the main shopping area has had a really positive impact on the town centre, we haven’t seen activity like this in a number of years."

Clr Jean Stapleton, member of BID Steering Group, said: “It was great to see so many people attending the Christmas Lights Switch On, the event had a lovely community feel to it, its so nice to see so many things happening on our local high street.”

Birkenhead isn't the only town having its Christmas decorations criticised. 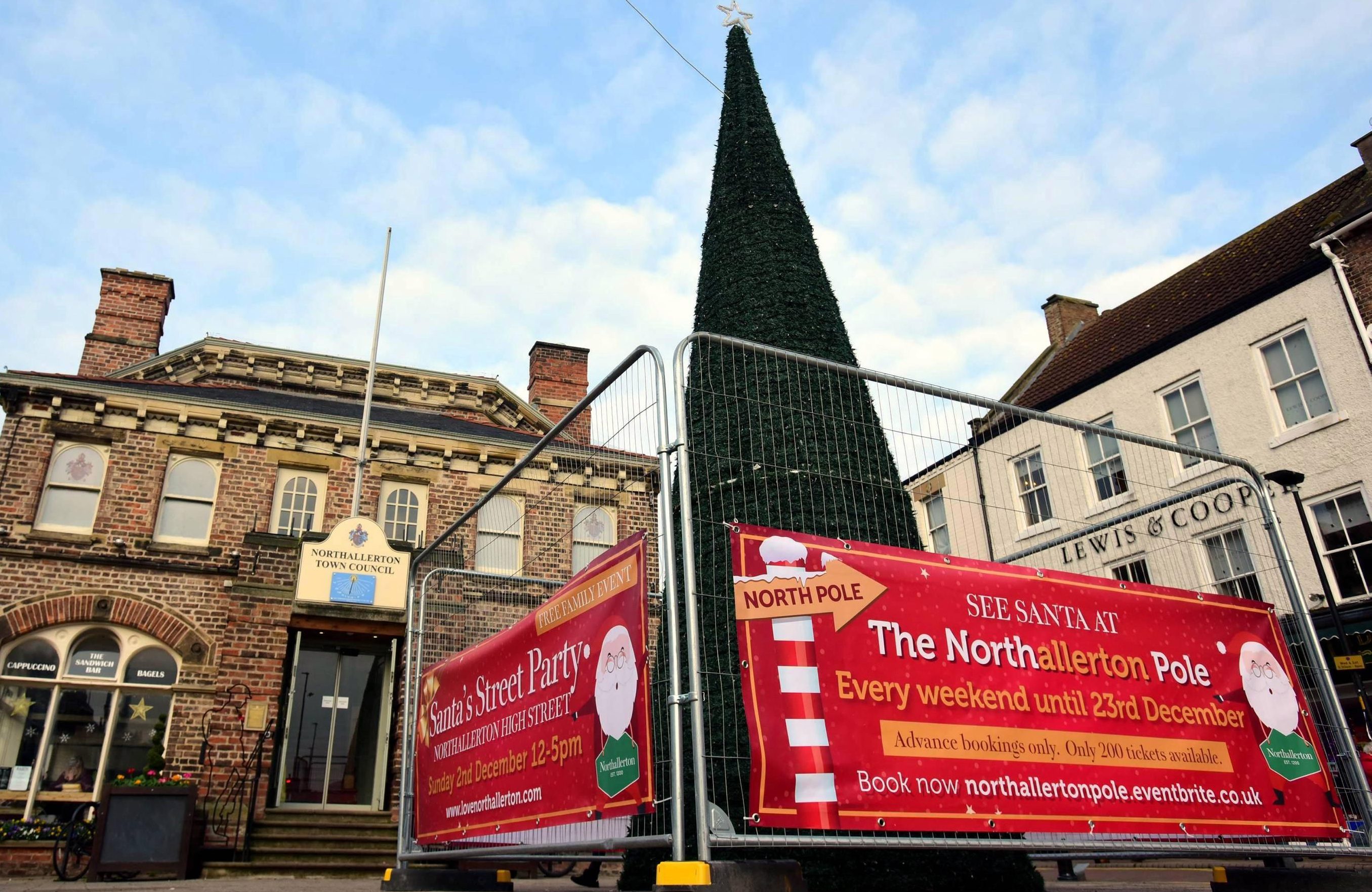 Locals in Northallerton, North Yorkshire, slammed their 20ft artificial green tree as "horrid", a "joke" and a "monstrosity".

Meanwhile, visitors to the Winter Weekend event in Bolton last week were left disappointed after having to deal with two-hour queues to see Santa, a plastic ice rink and a deflated snow globe.

And residents in Faversham, Kent, were left bewildered after their town's Christmas tree only had lights on the top third to prevent "louts and yobbos from damaging it". 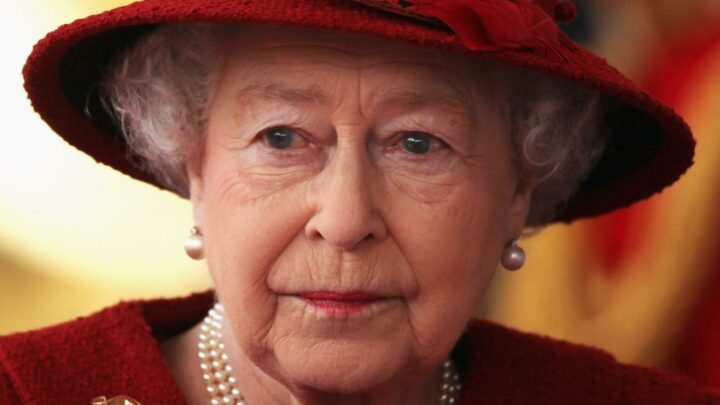