Tesco shoppers are complaining of empty shelves in stores and missing products online such as baked beans, ketchup, salad cream and soups after Heinz pulled its best selling products in a stand-off over prices.

Britain’s biggest retailer has gone to war with the world’s fifth biggest food producer and accused them of trying to make them ‘pass on unjustifiable price increases to our customers’.

As a result of the row US conglomerate Kraft Heinz has paused supplies of some products to Tesco triggering gaps on shelves and its websites – and the supermarket chain’s reserves are already running low.

Shoppers have been taking pictures of empty shelves usually selling Heinz’s best selling foods and condiments in Tesco stores all over the UK. Online customers have also said that items are unavailable, especially multipacks of baked beans as well as ketchup and barbecue sauce and salad cream.

Tesco and Kraft Heinz have both refused to say what the price rises would be – but in recent weeks analysis of prices in other supermarkets suggest they have accepted Heinz’s demands.

But after no agreement between the two companies, Tesco shoppers have been struggling to get their favourite products. The row chimes of ‘Marmitegate’ – when Tesco ran out of the spread having resisted owner Unilever’s bid to raise wholesale prices.

Tesco has accused Kraft Heinz of trying to pass on ‘unjustifiable price increases’ to consumers as retailers and food producers struggle to contain rising costs in energy, wages and raw materials caused by Putin’s war in Ukraine. Food inflation for common items such as eggs, milk and cheese running at 13 per cent. 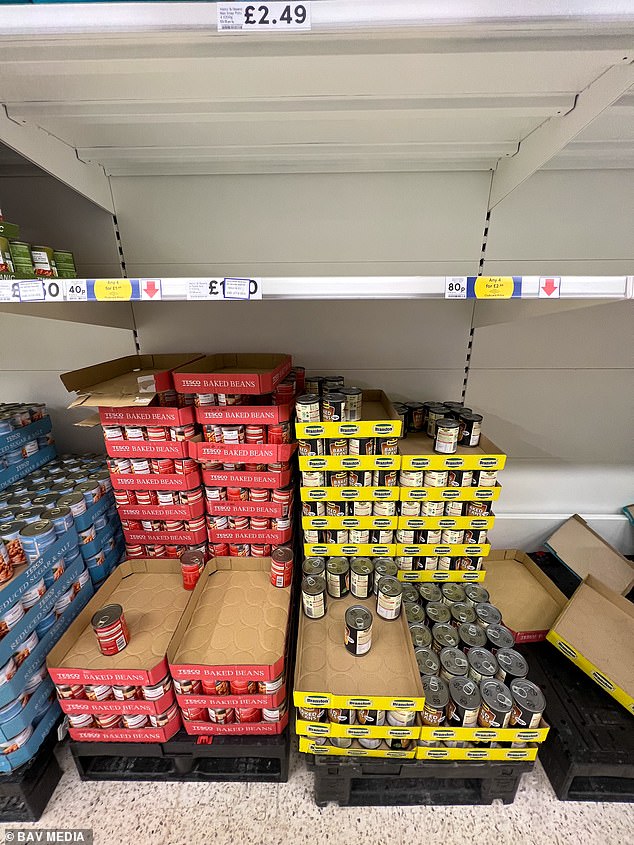 CAMBRIDGE: Emopty shelves where Heinz Baked Beans should be after row with tesco over prices 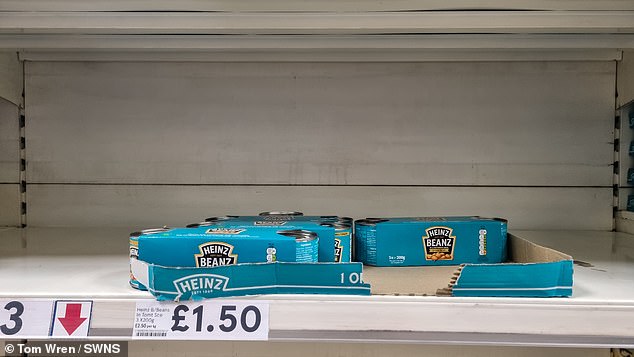 Bristol: Tesco has accused the company of trying to impose unjust price rises that they are refusing to pass on to customers

Kraft Heinz said it was ‘working closely with Tesco to resolve the situation as quickly as possible’ and was ‘confident in a positive resolution’ – but declined to say how much more it wants Tesco to charge.

And shoppers posted photos on Twitter which appeared to show empty shelves in Tesco stores in the UK.

A Tesco spokesman said: ‘We’re laser-focused on keeping the cost of the weekly shop in check, offering customers great value through our combination of Aldi Price Match, Low Everyday Prices and Clubcard Prices.

‘With household budgets under increasing pressure, now more than ever we have a responsibility to ensure customers get the best possible value, and we will not pass on unjustifiable price increases to our customers. 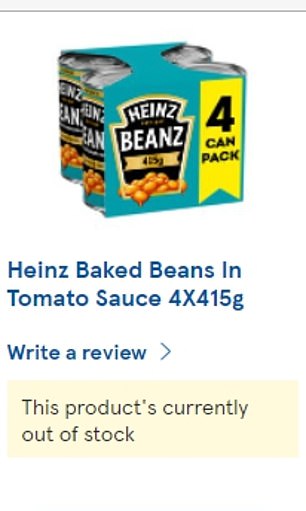 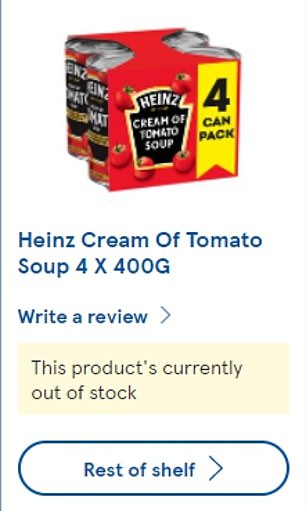 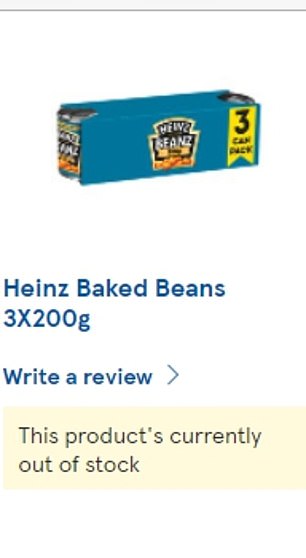 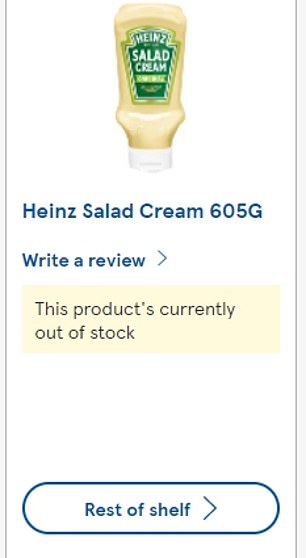 ‘We’re sorry that this means some products aren’t available right now, but we have plenty of alternatives to choose from and we hope to have this issue resolved soon.’

A Kraft Heinz spokesperson said: ‘We are working closely with Tesco to resolve the situation as quickly as possible.

‘In today’s challenging economic environment – with commodity and production costs rising – many consumers are working within tight budgets. We always look at how we can provide value through price, size and packs so consumers can enjoy the products they love and trust at a price point that works within their budgets, without compromising on quality.

‘We are confident of a positive resolution with Tesco.’

Research by The Grocer trade publication, which first reported the dispute, said data showed prices had surged across the entire Heinz range over recent weeks.

A single 415g can of Beanz in Asda has risen from 90p to £1.20, according retail researchers Assosia. 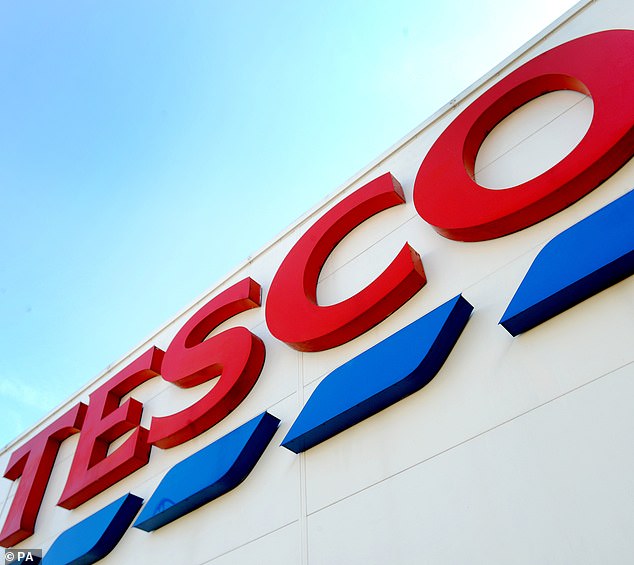 It is believed that Kraft Heinz, the manufacturer of Heinz goods, has paused supply to Tesco following a trade dispute over prices. Tesco said it ‘will not pass on unjustifiable price increases’ to its customers

In recent months food manufacturers have reported rising costs, including for energy and commodities, with some warning they would need to raise the prices they charge to retailers.

However, supermarkets continue to battle each other to win customers, who are reining in their spending to cope with the cost-of-living crisis.

Rising food prices have helped push inflation to a 40-year high and shoppers are already cutting back on the amount of food they buy, according to a survey for the Office for National Statistics.

It comes as Andy Clarke, former chief executive of Asda and now chairman of Newton Europe, has said the Tesco and Heinz pricing dispute is not a PR exercise for the supermarket.

‘It’s about pricing. And this is not a new thing. Resellers and manufacturers do disagree at times, and sometimes the impact is that a supplier will stop sending products to those stores,’ he told BBC Radio 4’s Today programme.

Mr Clarke said it is not a PR exercise for Tesco, adding: ‘This, I would suggest, is about those two businesses getting to an agreement as to what a cost increase looks like, and then Tesco have to decide how much of that they’re going to pass on protect their shoppers.’