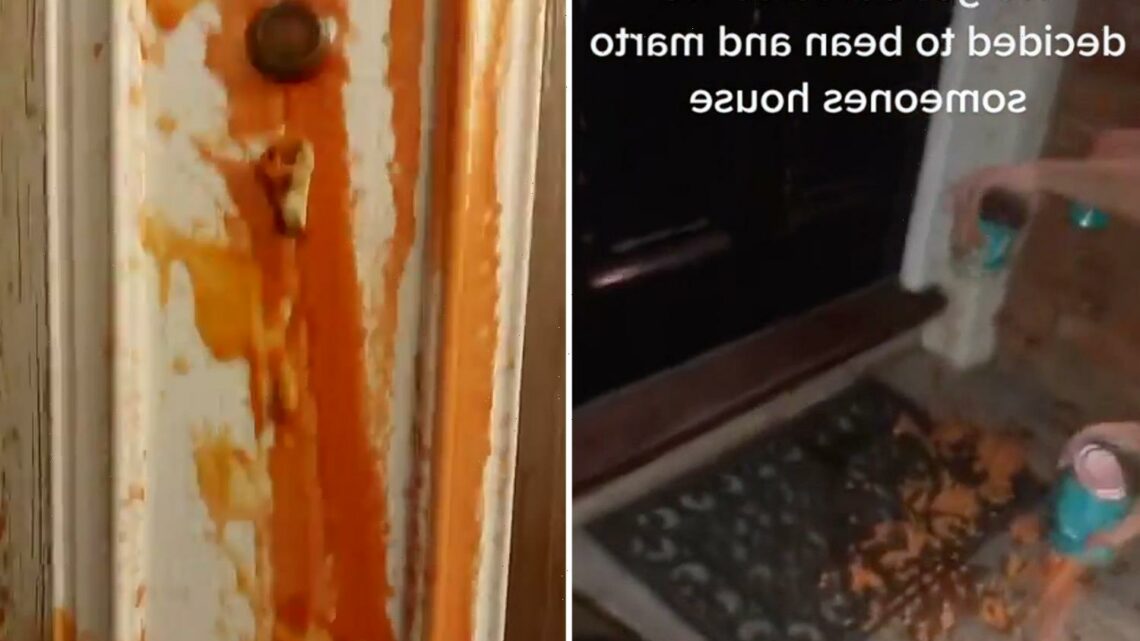 POLICE have urged shopkeepers not to sell baked beans to children because of a new TikTok trend.

It comes as one of Britain's first female priests had her home pelted with the beloved breakfast dish. 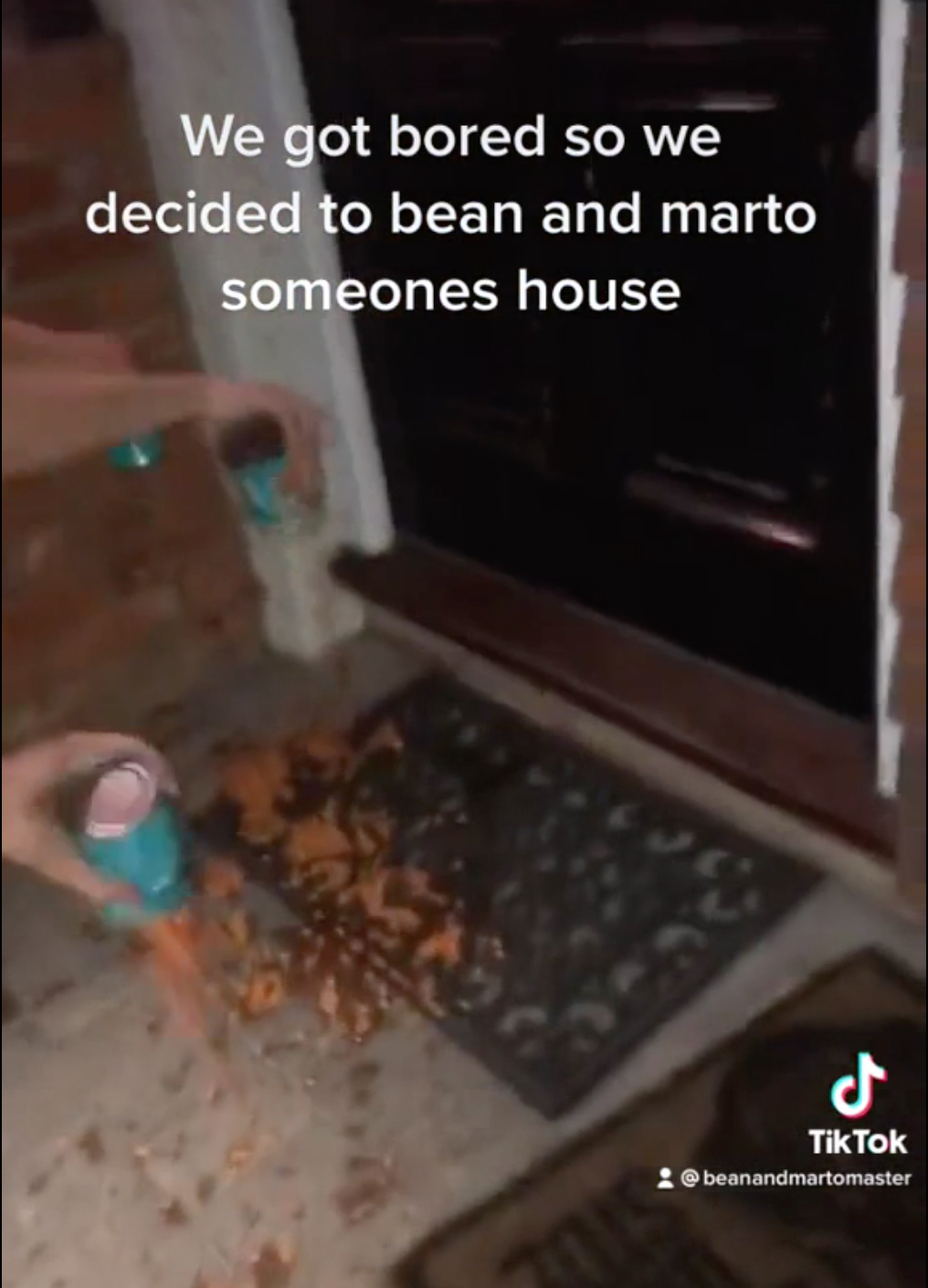 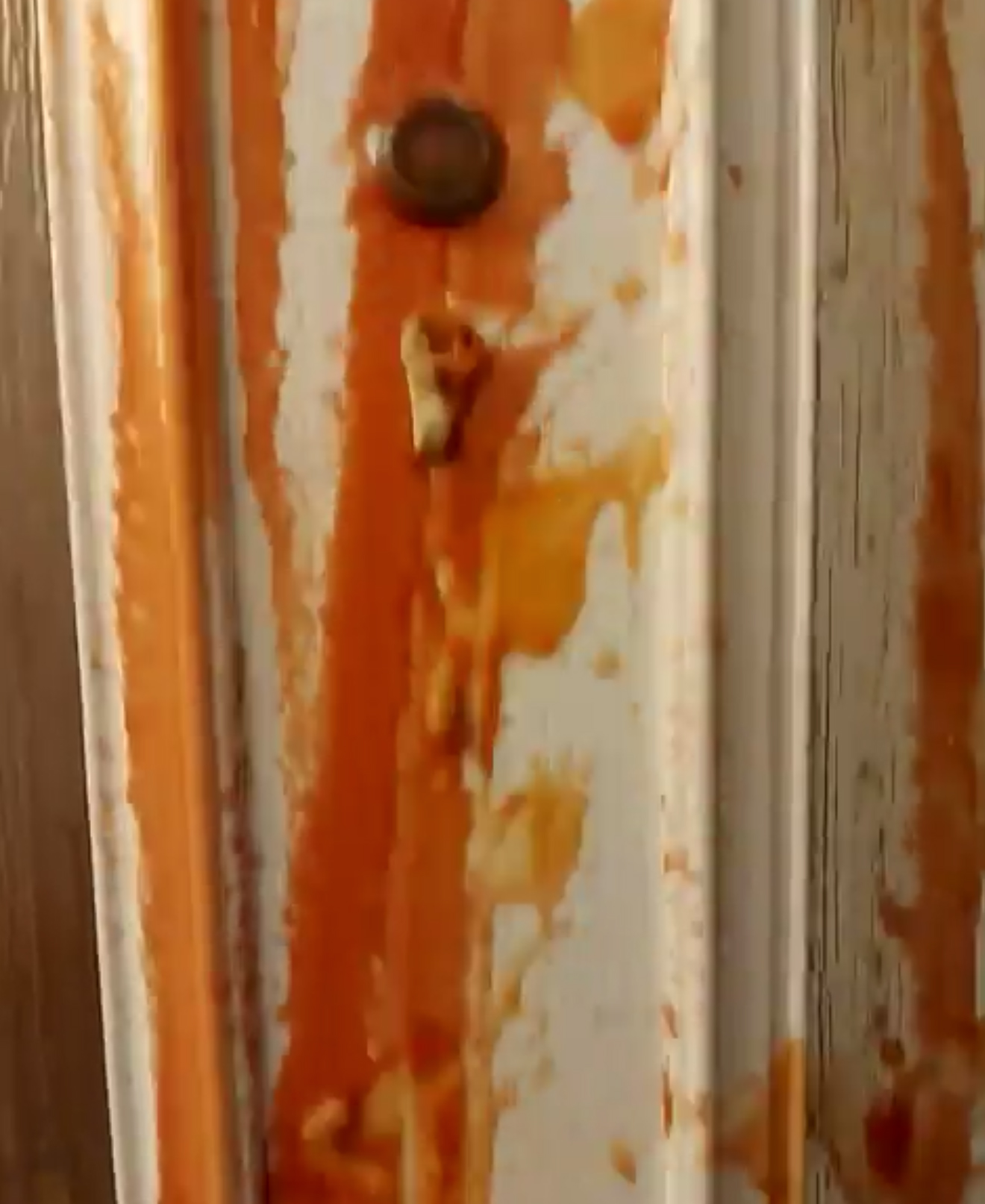 Videos have been posted to the social media app under the hashtag #beanbandits which show teens covering homes, driveways and cars in the tomato tins.

Sheila Mclachlan, 68, was left unnerved when the home she shares with her elderly mother Guelda Sammers fell victim to an attack.

Sheila, who was one of the first women to become ordained in 1994, was left shocked after her house was targeted but has had support from neighbours.

Sheila said: “Out of this has come a real rallying around of the local neighbourhood and the community.

“It’s been really nice to see how folks have volunteered to help clean up, popped round, mailed and messaged – so it’s been good and bad news.”

This is just one of many attacks which have taken place in recent days – with West Yorkshire Police now urging local shop workers to be aware of youths buying large quantities of cans of beans.

In a statement, PCSO Michelle Owens said: "It has come to the attention of the police that a new trend has started by groups of youths called 'beaning'.

"This involves youths throwing the contents of a can of beans over properties, very similar to the trend of throwing eggs at properties.

"If you work in a shop, please can you be aware of youths buying large quantities of cans of beans, if you have children living at home, please be mindful if you see them removing cans of beans from the family home."

Initially, Sheila had worried yobs targeted her home specifically because she is a town councillor.

But she said she is “pretty sure” that wasn’t the case.

However, she did say that all the victims had been female.

Sheila added: “It could be some stupid kids. It probably was, we’ve had trouble with a small gang of young boys in the neighbourhood out very late at night.

“This is not the sort of neighbourhood where this thing happens. This is not New Romney behaviour.”

Shelia posted on Facebook: “So this has just been done to our front door.

“If the parents of the local youths who did this could get their children to clean it up tomorrow I will not take it further with the police.”

A plant pot, doorstep and a bin had also been covered with the gloop.

“Hope you are both okay?”

Jenny Cavanagh said: “Appalling. What is the matter with them? Thinking of you.”

Caroline McMullan commented: “Totally disgraceful. I hope you are both okay, it must have upset you greatly.”

Tess Carruthers suggested it wasn’t the first time something like this had happened in the picturesque seaside town,.

She said: “This really angers me, I will help clean it if you need.

“I will keep my eyes and ears for whoever has done it. Maybe the same children that egged my house a few weeks back.

“Was a few weeks back another neighbour had tinned tomatoes tipped over their car.

“There are some horrible kids out there I think you should still report it hope you’re both okay.”

It is understood three other homes had also been pelted with eggs, sausages and beans, and a car also had beans poured over it.

Sheila retired in 2015 having been the parish priest for St Michael and All Angels in Kingsnorth, and St Peter and St Paul’s Church in Shadoxhurst for 21 years.

She was inspired to join the church after almost drowning while on holiday in Devon.

While studying theology she was one of four women on a course of 102 students.

She was also made chaplain at the University of Kent as well as deputy master of Rutherford College.

In August, a small Surrey village also suffered a similar fate when baked bean bandits covered a house and car with cans of Heinz beans.

A Kent Police spokesperson said: “Kent Police was called at 10.35pm on Sunday 12 September, following a report that food items had been thrown at a property in Joseph's Way, New Romney.

“Initial enquiries are under way to establish the circumstances surrounding the incident.” 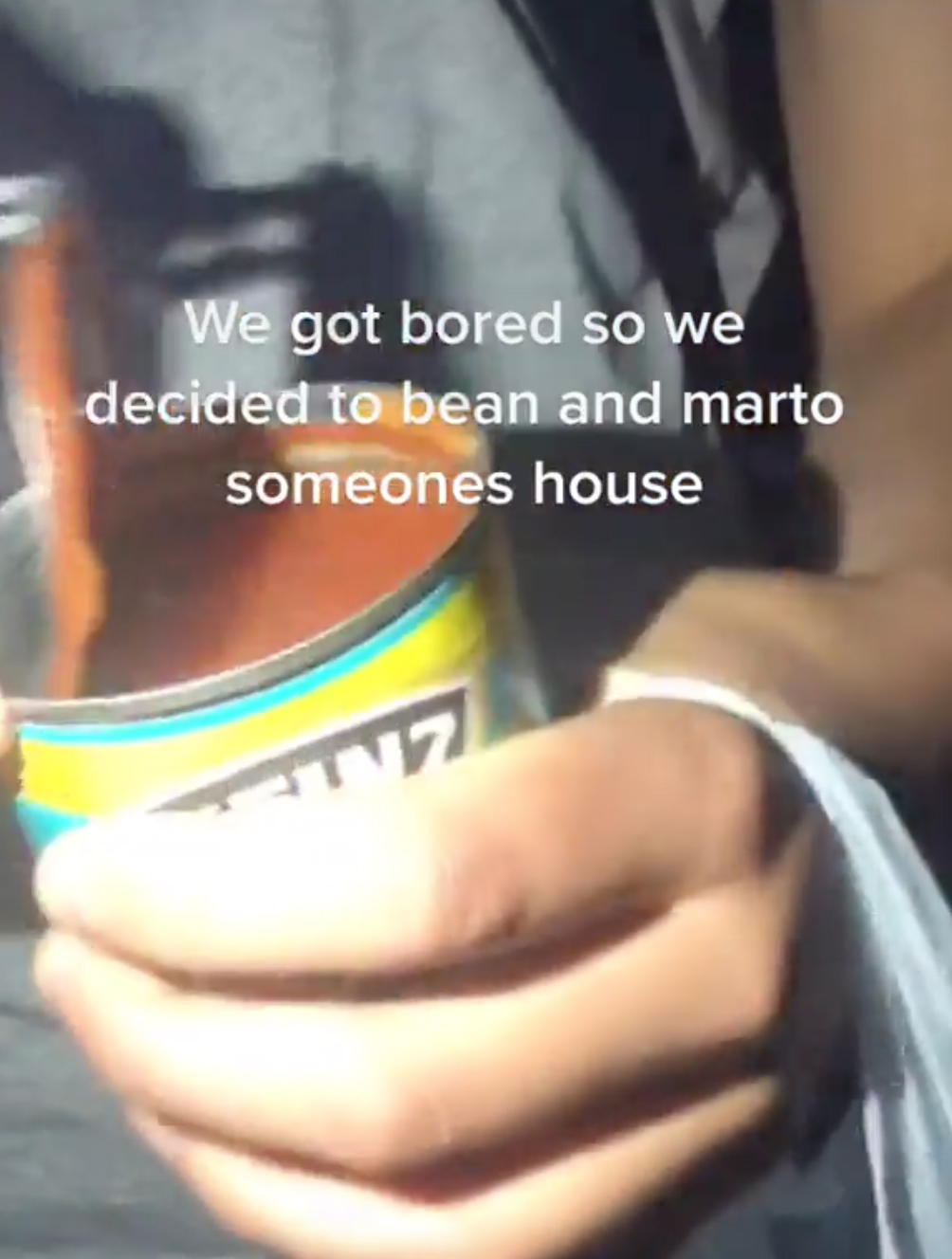 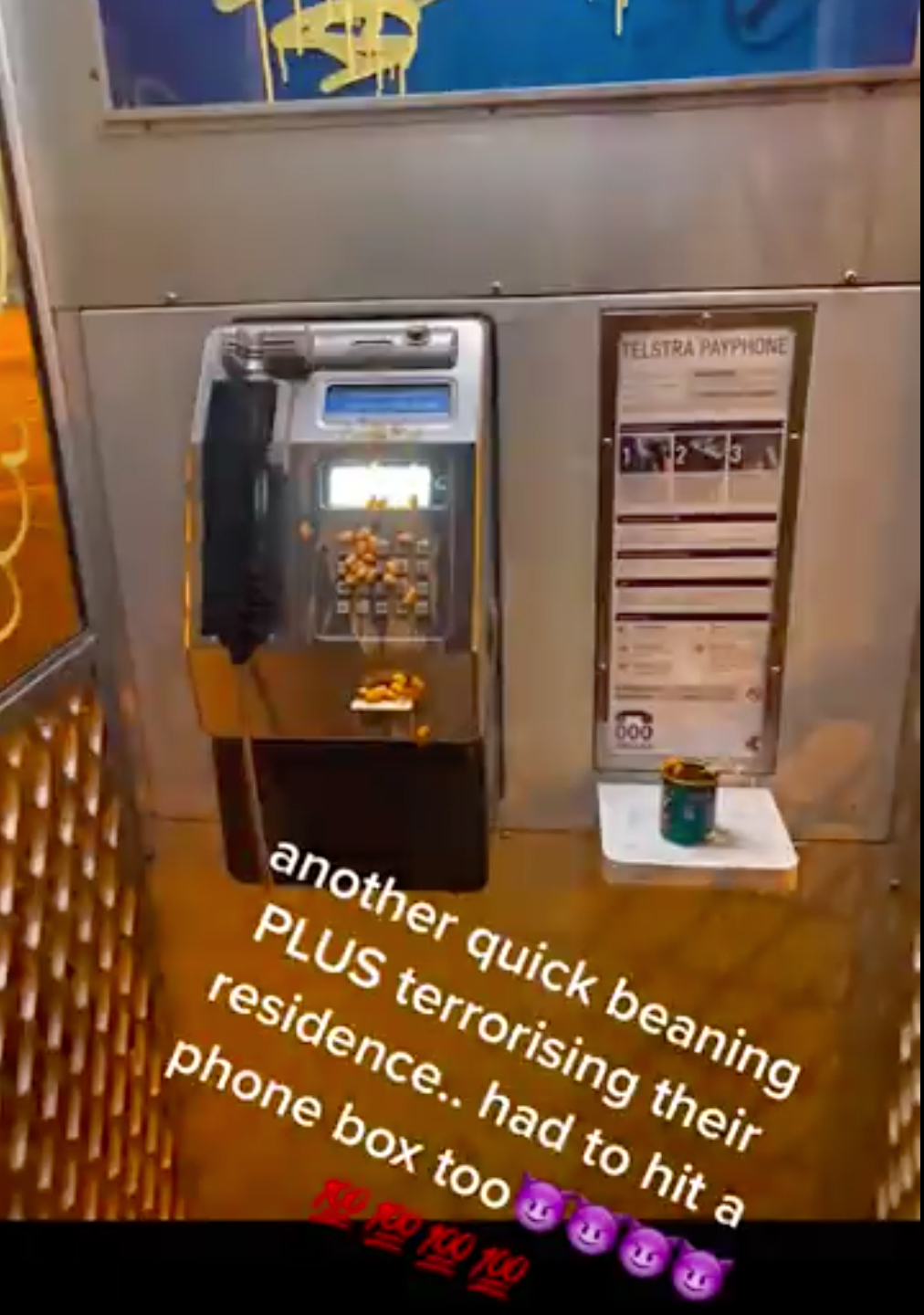