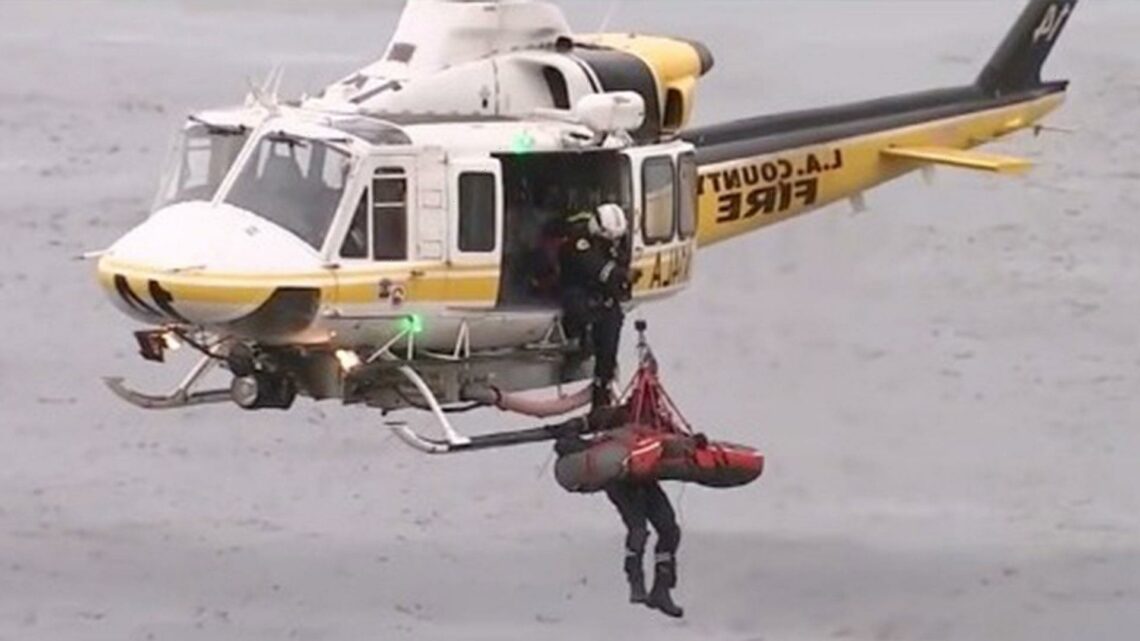 SHOCKING pictures show the extraordinary rescue of three hikers after their pal fell 300ft to his death from a cliff edge. 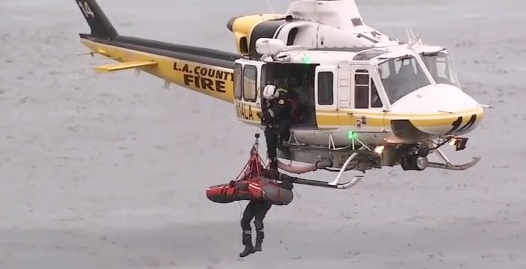 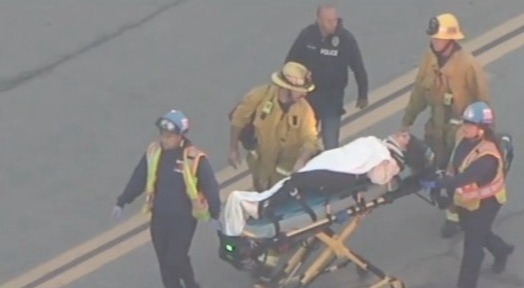 The group had embarked on a hike in the early hours when one of the women scurried off to go to the bathroom in the darkness.

But she slipped and plunged down the cliff – leaving her three friends frantically searching for her in the pitch black.

Their dangerous dilemma then took a fateful turn as the trio also lost their footing and crashed down the cliff.

One of the hikers, Vincent Avila, 25, heroically managed to scale the cliff from the beach below and flag down a passing police officer.

A dramatic rescue operation was launched by authorities at around 4.30am, who then faced the perilous task of retrieving the injured foursome.

He told Fox11: "There's no fencing in the area.

"There's sloping to where it just goes off to a sheer cliff, and the majority of the area here is very unstable, very dangerous if you get close to the edge of this cliff without any sort of protection."

Hair-raising footage captured by TV news helicopters showed one of the victims being hoisted up from the rubble to a rescue vehicle.

The hikers were placed in protective harnesses before being hauled above the Pacific Ocean, which sits in front of the cliff.

Crews were able to reach the group down the cliff via complex rope-line systems.

Jerado Huitzil, from Los Angeles, was sadly pronounced dead at the scene.

The two women were critically injured during the horror fall and were airlifted to a local hospital.

Vincent Avila was hospitalized with broken ribs and minor kidney damage, according to reports. 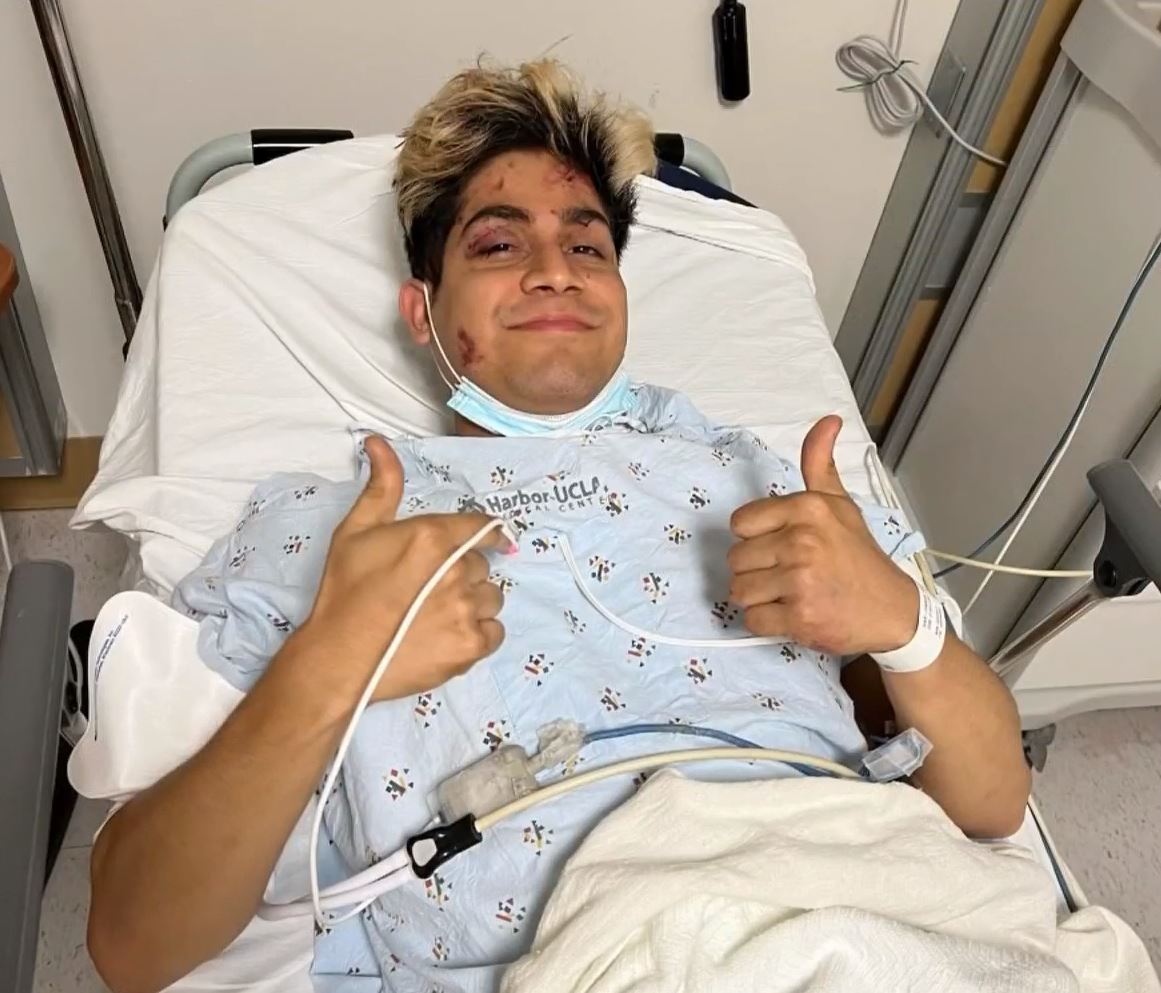 He posed with two thumbs up from his hospital bed, sporting several deep cuts and bruises to his legs and face.

The 25-year-old's mother Irma said it was "a miracle" that her son survived.

She told CBS News: 'I went to the place of the accident and that's terrible. I'm in shock, believe me.'

Captain Steve Barber of the Palos Verdes Estates Police Department, said two of the pals told police they had been near the cliff's edge before one of the women fell.

He explained: "Both of them told us they were hanging at the cliff's edge. The female who we did interview stated she slipped.

"And as she was starting to call, her friends, all three of them, tried to save her. And in doing so, all four of them went over the cliff.

"There's no indication at this point that this was anything other than an accident."

Police and locals both described the area as unsafe and it has been the site of several accidents over the last few years.

Other neighbors said they've asked for warning signs to be posted in the area in the past. 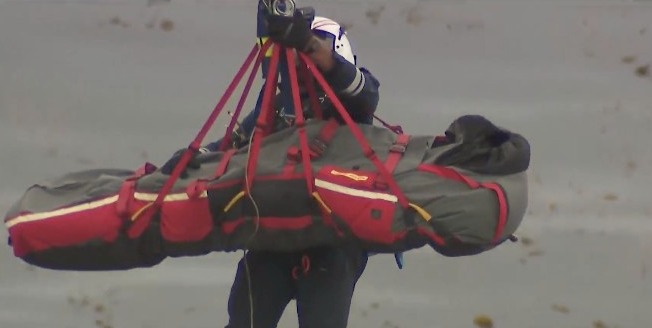 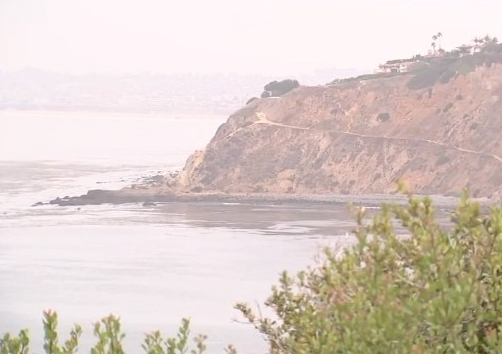