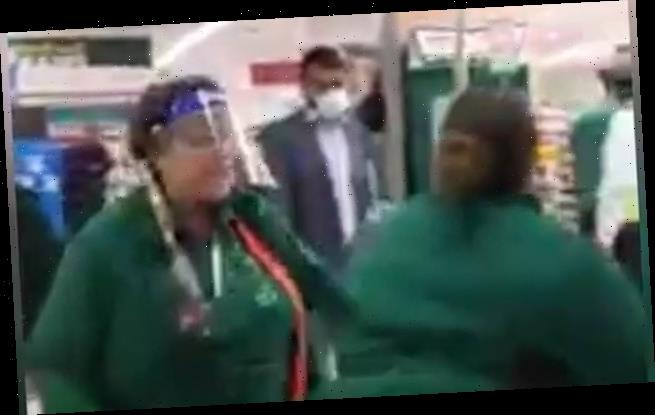 Footage shows a Morrison’s employee being racist to a black shopper and calling him a ‘black c***’.

The employee hurled racist abuse at the black customer as security held the man back and staff tried to restrain the worker in a store in Palmers Green, London.

Shocked bystanders watched the horrible abuse as colleagues repeatedly struggled to keep the woman under control and away from the man. 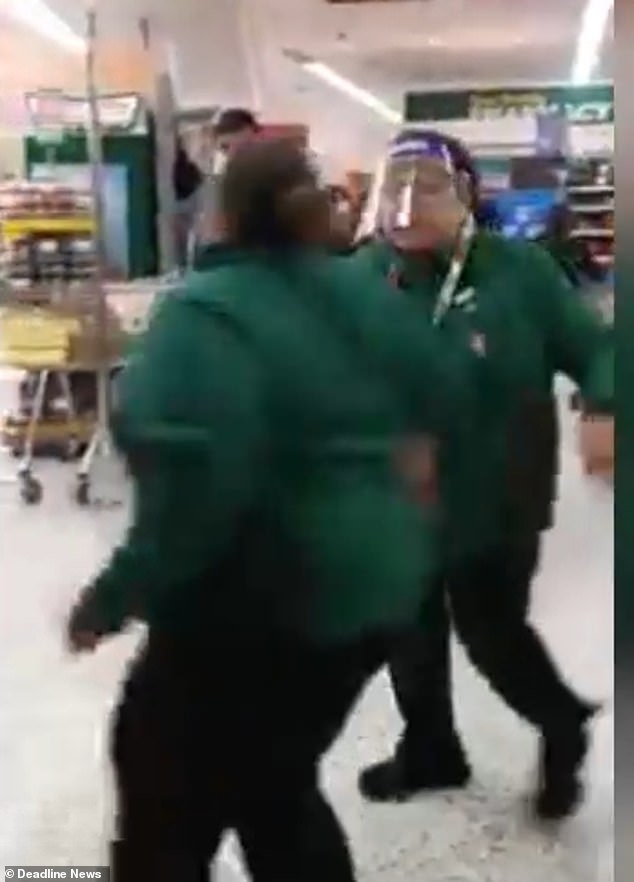 Employees tried to stop their co-worker as she screamed racist abuse as a black customer in a Morrison’s store in  Palmers Green, London 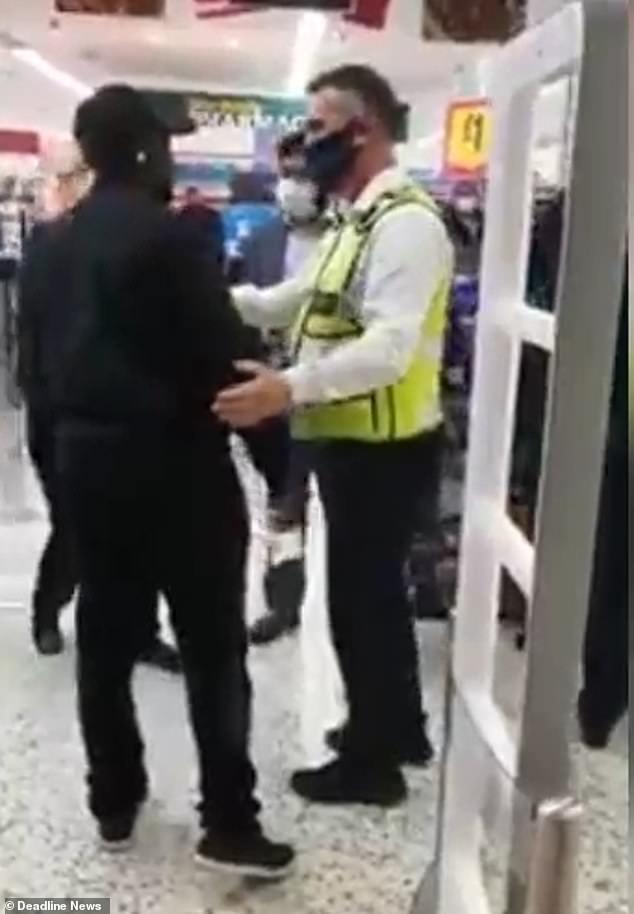 The customer was restrained by security as he told the woman: ‘They’re going to have to sack you’

The video shows the man being constrained by security as a woman off-camera is heard shouting.

Still out-of-view the Morrison’s employee says: ‘All I said to you was turn the card over you stupid f**** c***.’

The black customer responds: ‘They are going to have to sack you.’

The employee shrieks back: ‘Come and hit me, hit me, then I can take you to court you c***’.

Suddenly the woman storms into the camera’s view towards the man and screams: ‘Hit me

‘I’ll get someone to come and hurt you.

‘You’re going to hate me.

‘I come off my holiday and every time I come in this store someone’s going to mentally abuse me.’ 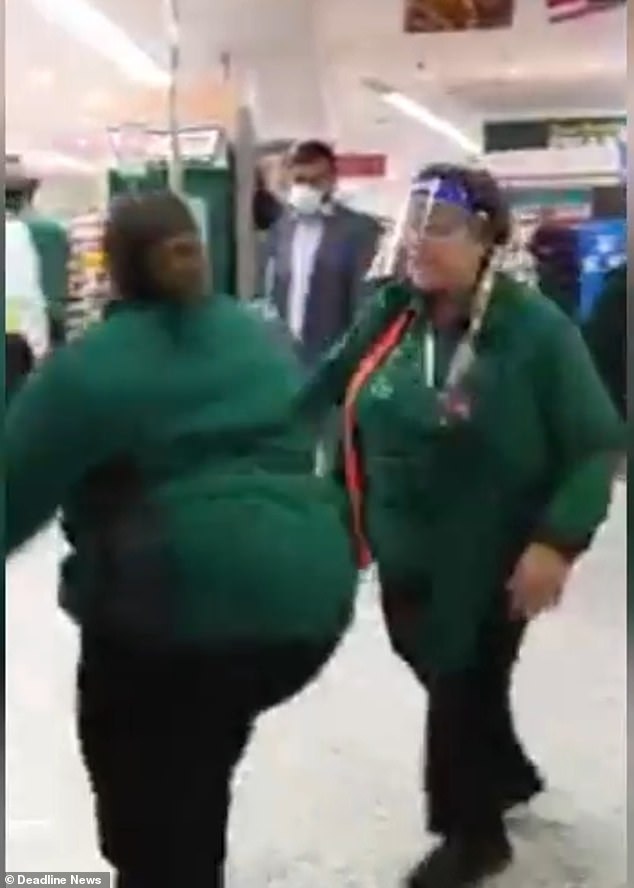 She continues to yell at the man as her co-workers battle to hold her back and calm her down.

Astonished shoppers can be heard gasping as they gather to watch the dramatic altercation.

The video was posted to Facebook with the caption ‘Morrisons staff calling a customer “Black c***” absolutely shocking.’

Social media users were stunned and outraged and called for the employee to be sacked.

Gina Johnstone wrote: ‘I’ve had bad days in customer service but never used that as an excuse to unload verbal abuse against a customer.’

Simone G Meech added: ‘Made a right a*** of herself there.’

Elish Gleeson wrote: ‘Wow that’s not on, I hope to god she got the sack.’

And one Twitter user reposted the video, saying: ‘Morrisons can someone let us know if this vile racist piece of s*** has been fired yet? Palmers Green store!’

Marcus Smythe, ‘Search for Tomorrow’ and ‘Another World’ actor, dead at 70
World News