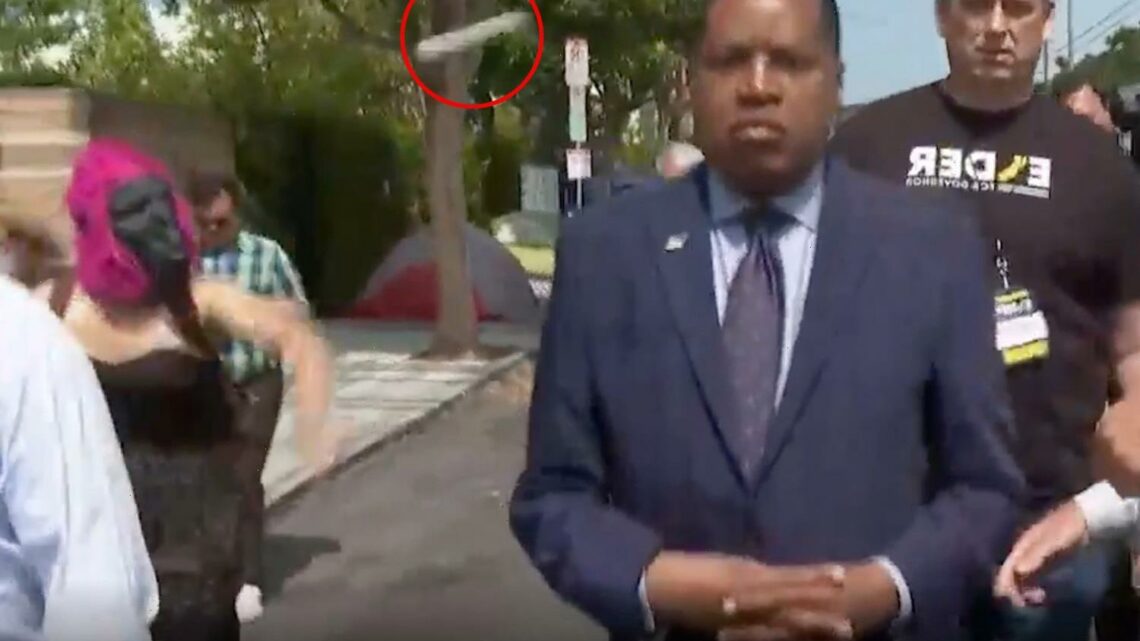 CALIFORNIA Governor candidate Larry Elder ducked an egg hurled by a woman in a gorilla mask and fled for safety in his SUV, cutting short a Venice Beach homeless encampment tour on Wednesday.

The foul-mouthed woman was seen pausing on her bicycle and hissed at a man in Elder's entourage: “Touch me again! Touch me again!” before landing a punch to his face. 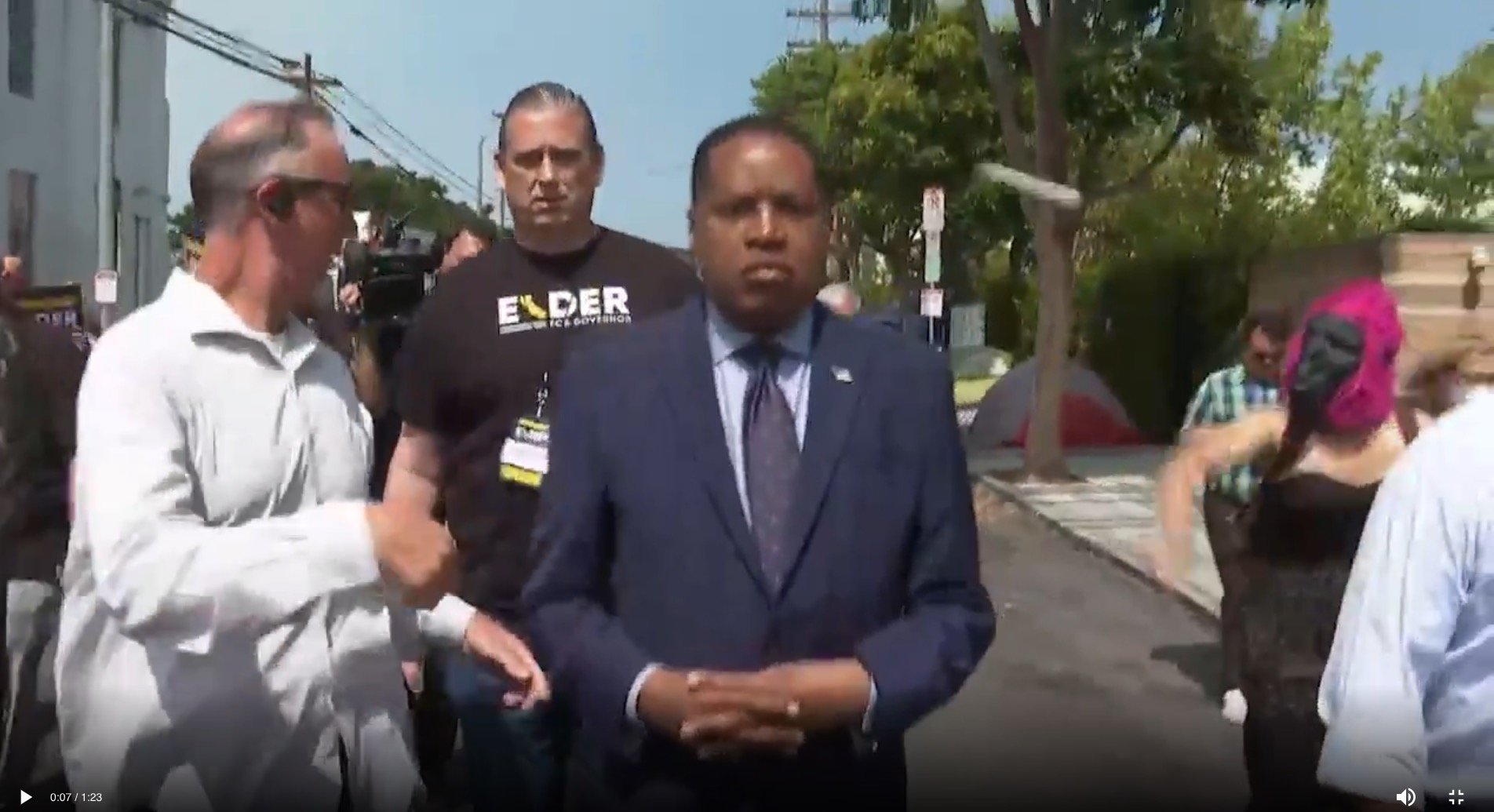 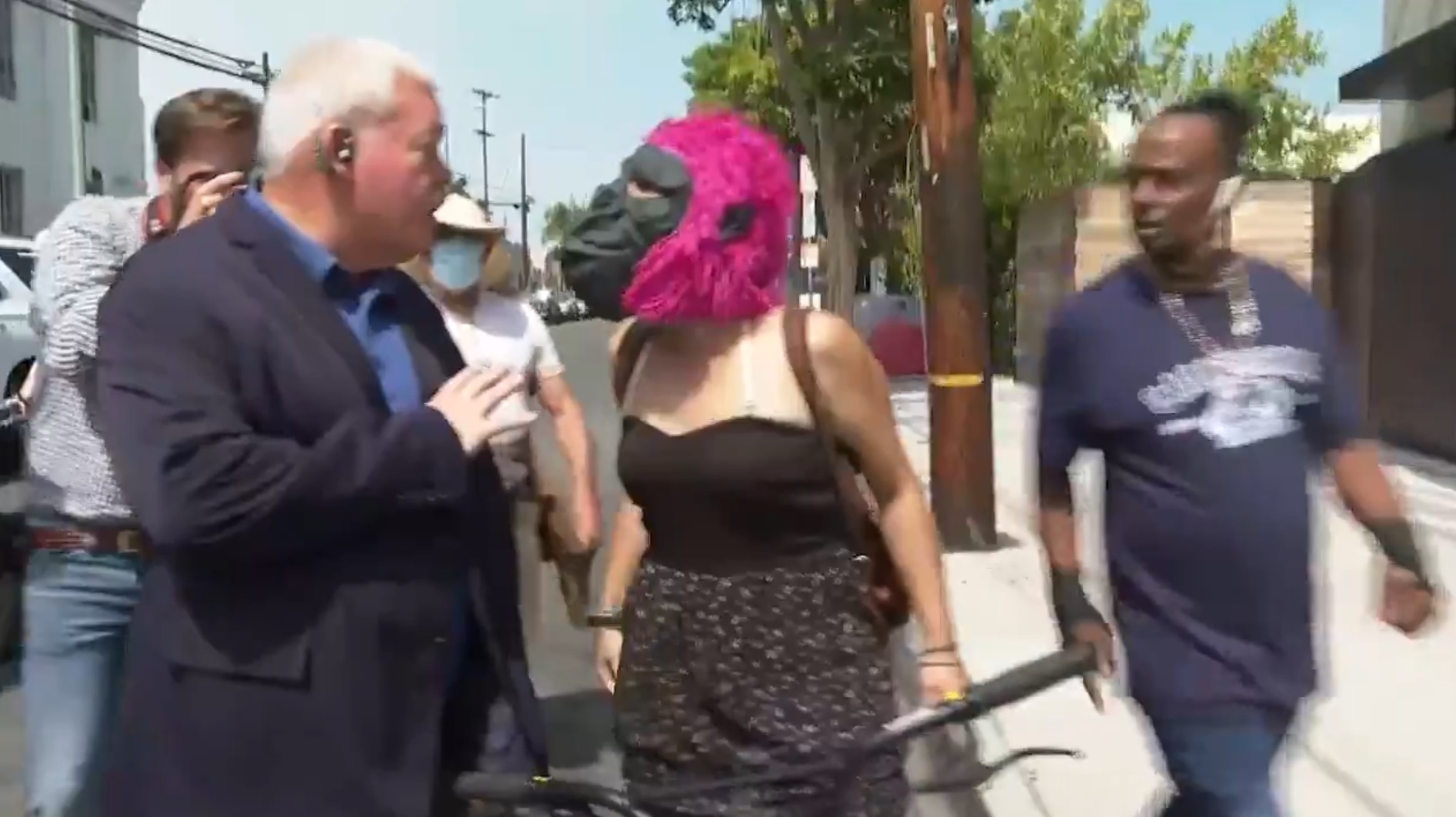 The menacing ambush by the woman and other hostiles came as the Republican  paid a visit on Wednesday to the homeless encampment cascading along the famous oceanfront boardwalk, according to footage recorded by Spectrum 1 reporter Kate Cagle.

"You get that sorry piece of s*** out of here”, a man off-camera can be heard unloading.

Elder’s tour lasted only 12 minutes as he began pacing along Third Avenue before being confronted by the woman on the bike and her pals who also chewed out Elder’s associates.

One of the pals identified himself as a Marine and came nose to nose with the Elder's staffer.

An elder campaign worker recalled how the egg nearly struck the 69-year-old.

“It kind of glanced his head,” they told the Los Angeles Times.

“Today I kicked off the Recall Express bus tour,” Elder tweeted after the incident.

“Before we even left Los Angeles, my security detail was physically assaulted, shot with a pellet gun, and hit with projectiles.

“The intolerant left will not stop us. We will recall Gavin Newsom. We will save California.”

The conservative talk radio host is the frontrunner who is challenging Gov. Gavin Newsom for the Golden State’s top job in Sacramento after nearly 2 million people successfully forced a Sept. 14 recall election that has drawn a whopping 46 candidates.

“He has no business down here,” a homeless woman named Sarah Duke, who told the L.A. Times she is 3½ months pregnant and lives in the nearby encampment.

Elder has pledged to relocate homeless residents to unused land “that would not be burdened by government regulations so low-cost housing could be built cheaply.”

The plan was first championed by former US Secretary of Housing and Urban Development Ben Carson.

He also described the homeless as a public danger and that many belong in mental institutions, according to the Sacramento Bee.

“The rest of them are probably alcoholics, mentally ill, or have substance abuse problems, and they need to be treated,” he said. 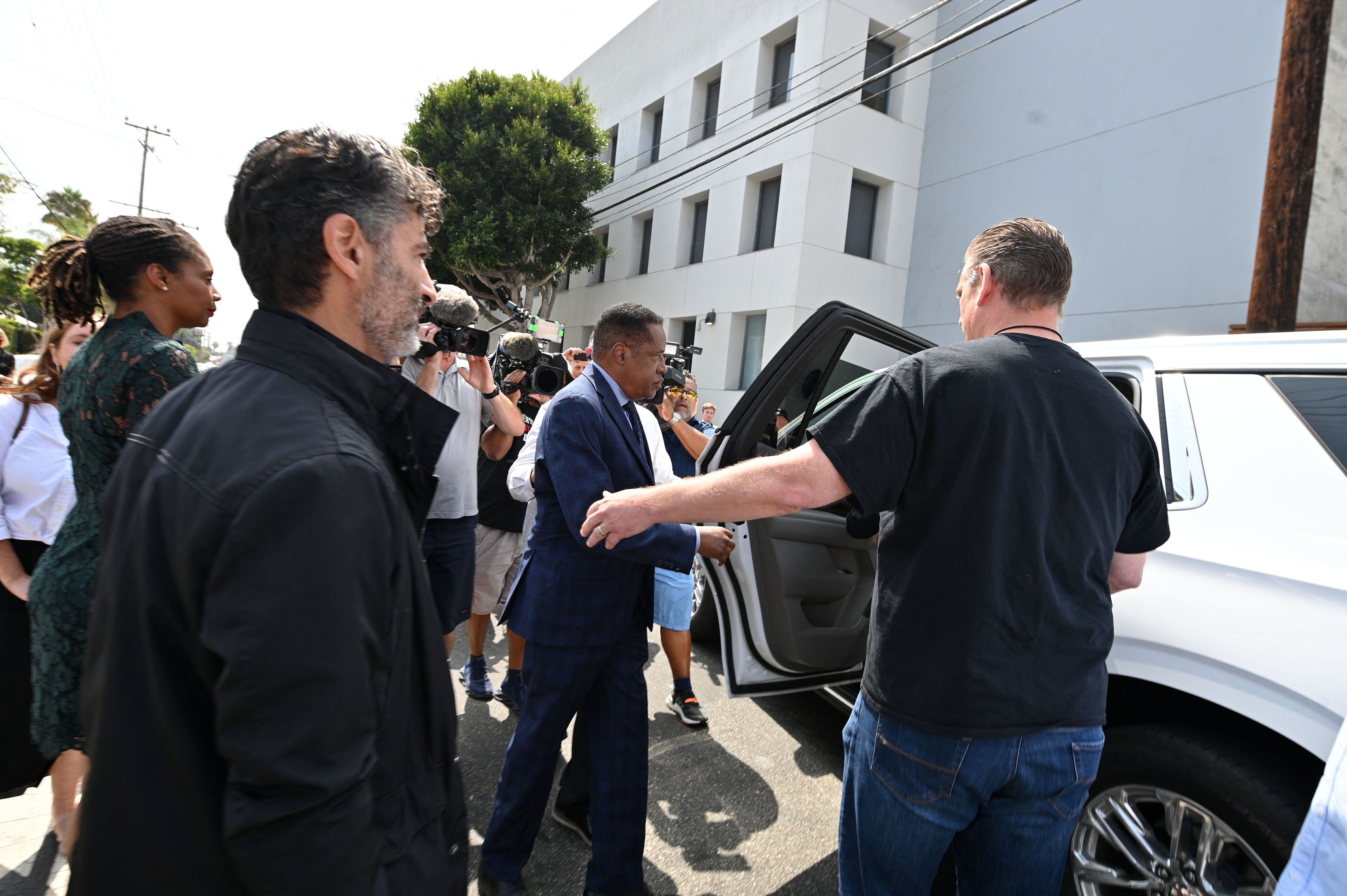 Lightning eyed in deaths of California family on hiking trail