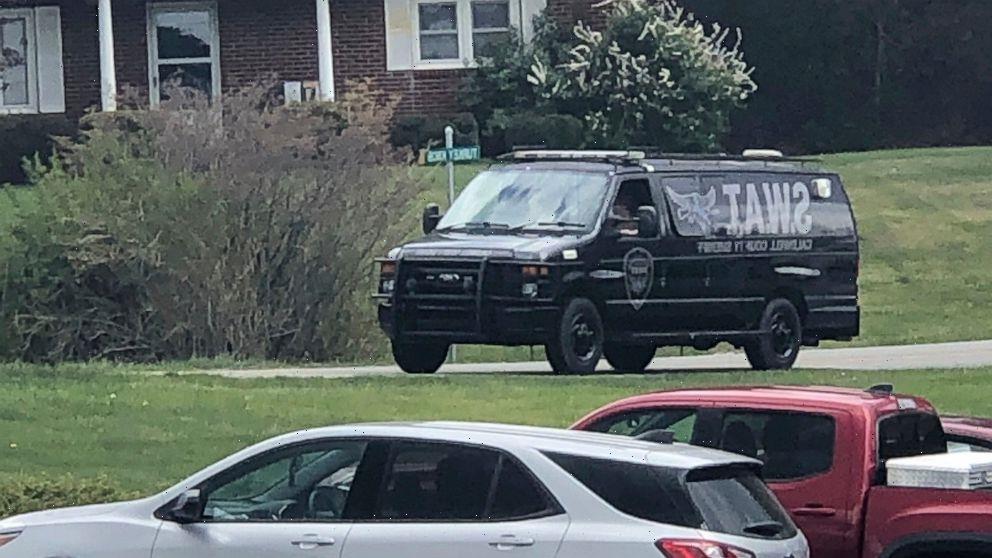 RALEIGH, N.C. — A gunman who killed his mother, father-in-law, two sheriff’s deputies and died at the scene of a shootout also attacked his father with a knife days before Wednesday’s shooting in Boone, North Carolina, according to Watauga County Sheriff Len Hagaman.

In an interview late Friday night, Hagaman said the shooter’s father reported his 32-year-old son, Isaac Alton Barnes, to the sheriff’s office on Sunday through a phone call. He accused his son of pulling out a bowie knife and trying to harm him.

The father was trying to decide whether to have Barnes arrested for the alleged assault or pursue an involuntary commitment. The father or other members of Barnes’ family then went to a magistrate, Hagaman said.

In the meantime, Watauga County dispatchers warned officers on Sunday and Monday to be on the lookout for Barnes, who had fled to the woods along the Avery and Watauga County border after allegedly assaulting his father.

“They were trying to find Mr. Barnes, who was in essence, in the woods somewhere,” Hagaman said. “Camping out isn’t the right word, but he was hiding in the woods or staying in the woods. Nobody knew exactly where he was. When that report came from the dad of the allegation of brandishing a weapon, then that’s when we decided, ‘Well, if he’s in the woods maybe wait him out and see if he’ll come out.’ But he never did. The follow-up to that was what led to our deadly encounter with him.”

When Barnes’ mother and stepfather, Michelle and George Wyatt Ligon, didn’t show up to work or respond to calls on Wednesday, Sgt. Chris Ward and K-9 Deputy Logan Fox were sent to 553 Hardaman Circle at 9:44 a.m. to perform a welfare check. Upon arrival, they saw two cars outside the home belonging to the family and suspected the couple was inside. After knocking on the door and entering the house, they were met by an unexpected visitor.

“They were walking from the main level downstairs. That’s when Mr. Barnes shot the officers,” Hagaman said.

After backup forces arrived, a diversion was created and a small rescue squad pulled Ward out of the house. A Boone police officer was hit by gunfire during an initial rescue attempt of the deputies, but was uninjured thanks to a ballistic helmet.

Ward got him into a helicopter and was flown to a Johnson City hospital, where he later died. He was 36 years old.

Fox, 25, died at the scene and was in the house during the 13-hour standoff.

Their bodies were transported to Wake Forest Baptist Health in Winston-Salem on Thursday and Friday morning.

Hagaman said Barnes fired shots from several parts of the house, but when gunfire stopped for about 30 minutes, authorities sent in a robot that showed someone lying on a bed, though they didn’t know who it was. After deploying tear gas and seeing no movement from within the house, law enforcement officials entered the building.

Around 11 p.m. Michelle and George Wyatt Ligon were found dead, though the time and date they were killed remains unclear. They were 61 and 58 years old, respectively.

Authorities previously said Barnes appeared to have died by killing himself, but that has yet to be confirmed, according to Hagaman.

“Because it’s an ongoing investigation, we’re not able to share any specific details beyond what’s already been shared at this point,” said a statement from Angie Grube, a spokeswoman for the North Carolina State Bureau of Investigation.

Funeral arrangements for the fallen deputies should be firmed up by Monday, Hagaman said. A pair of fundraisers a pro-law enforcement organization in North Carolina created on Thursday to support the families of Ward and Fox has generated over $180,000. It’s the largest fundraising drive Back the Blue NC has initiated since it formed in July 2020.

Gadi Adelman, a spokesman for the group, said the shooting in Boone should serve as a reminder of how dangerous even a routine welfare check can be.

“The majority of the police that are in the United States right now are men and women that care about their communities and put their lives on the line daily for those communities, such as what we just saw going on a simple welfare check and then not being able to go to their family at the end of the day,” Adelman said.

Despite the tragedy, Hagaman suspects the death toll could have been much higher and impacted the broader public.

He said Barnes didn’t leave behind a note at the scene of the crime but knows from the shooter’s family members that the gunman owned a “large cache” of weapons, which may have been intended for a mass shooting.

“The blessing in the death of the two officers was that he (Barnes) was confined, albeit with four victims, and not out in the neighborhood or anywhere else,” Hagaman said.

Anderson is a corps member for the Associated Press/Report for America Statehouse News Initiative. Report for America is a nonprofit national service program that places journalists in local newsrooms to report on undercovered issues.

Booms in Idaho, Utah buck the curve of slowing US growth
World News