Home » World News » ‘She was amazing’: Grieving Melbourne father tells of his last moments with wife and daughter 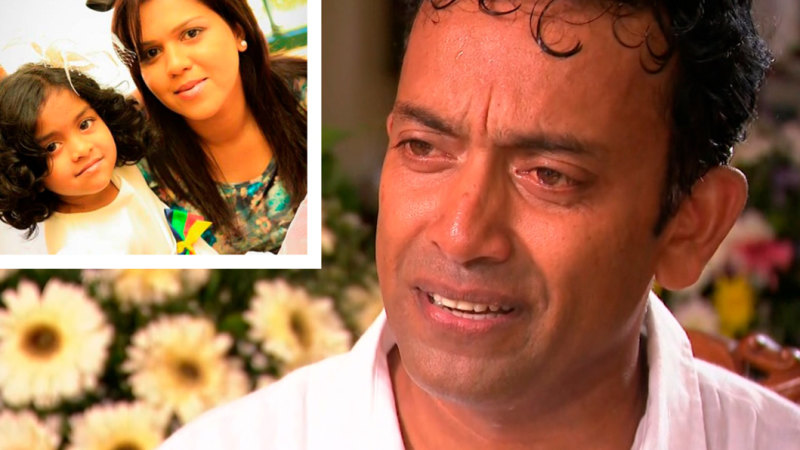 ‘She was amazing’: Grieving Melbourne father tells of his last moments with wife and daughter

Melbourne father Sudesh Kolonne weeps as he remembers his little girl Alexendria who loved to dance and sing.

"My daughter was like an amazing character," he says of the 10-year-old who would write and sing her own songs. 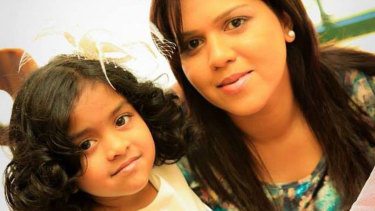 Manik Suriaaratchi (right) and her 10-year-old daughter, Alexendria, both perished in the Easter Sunday terror attacks in Sri Lanka. Credit:Not for syndication

“I tried to lift my wife, she was trying to say something with her mouth but her body was damaged. I tried to lift her up, tried to get to the hospital, on the way she died”.

Mr Kolonne and his 45-year-old wife raised Alexendria in Melbourne, but had settled in Sri Lanka.

The devastated husband and father is desperate for justice for his family.

“These people are really sick I think, how would they do that? Killing innocent people, that are there in their church. I mean, come on, any human can’t do that right?"

While Mr Kolonne grieves and tried to come to terms with his loss in Negombo, the family’s friends are mourning too – more than 8000 kilometres away.

Muslim man Fahim Mawjood and his Buddhist friend Indrajith Mirihana came together at a Catholic church to mourn their friends who once visited the St Anthony's Capuchin Friary Church in Hawthorn at least once a week.

The afternoon sun was streaming through the arched church windows before Tuesday mass as about a dozen locals silently prayed to themselves. 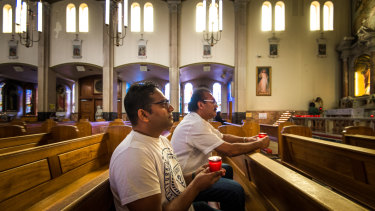 Muslim and Buddhist friends mourn Alexendria and Manik at the Catholic church the family once visited every week.Credit:Justin McManus

Mr Mawjood and Mr Mirihana and their families also attended on Monday and lit a candle for their friends.

“It’s feeling, and to see the place where she was close when she was alive,” Mr Mawjood told The Age outside the Hawthorn church on Tuesday, wiping away tears.

“That we belong to different religions, we don’t have an issue. We are all humans first.”

Mr Kolonne usually went to church with his wife and daughter, even though he was Buddhist himself.

“We do not need to fight or quarrel because of our religion or race,” Mr Mirihana, a musical director, said.

“Simply because I was born to a Buddhist family, people identify me as a Buddhist. My good friend Fahim is Muslim and he follows that faith. One of our common friends Manik lost her life … while observing her faith.” 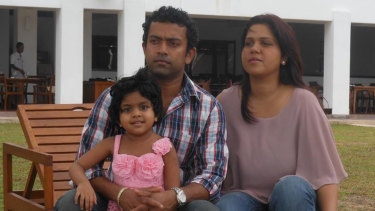 Sudesh, Manik and their daughter Alexendria.

Bandu Dissanayke, the former honorary consul for Sri Lanka in Victoria, a Buddhist who worked with all Sri Lankan communities, said Ms Suriaaratchi always donated her time to charity and helped fundraise for floods and Victorian fires.

"Manik was in the forefront helping us," Mr Dissanayake said.

The family moved to Sri Lanka in 2014 to take care of Ms Suriaraatchi's disabled mother.

Mr Kolonne's friends want him to move back to Melbourne, despite having a brother and parents in Sri Lanka.

“I don’t know how he’s going to handle the situation. We think it’s better he come back to Australia, because everything’s gone. He lost his only daughter and his wife,” Mr Mawjood said. 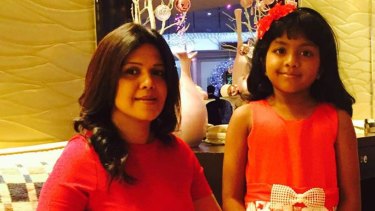 Manik Suriaaratchi and her daughter Alexendria are being mourned in Melbourne.Credit:Facebook

Mr Dissanayke said the Sri Lankan community was generally "peace loving and accommodating" despite their many faiths.

“Although we follow different religions, we are not very hardcore."

Mr Mawjood wanted to make clear that terrorism has no religion and has urged all of Sri Lanka to get together and do something.

Mr Dissanayke is planning another vigil for Federation Square on Sunday at 12:30pm, to mark the time the first blast went off on Easter Sunday.

Ms Suriaaratchi was the founder and managing director of Omega Global, a business management company, according to her profile for the 2018 Asia Hotel and Tourism Investment Conference.

It described her as an entrepreneur with an MBA, Masters in Commercial Law, and a Bachelor in Aeronautical Engineering, who had previously worked at NAB and Qantas.

Friend Tim Wedande told The Age he'd known Ms Suriaaratchi for 18 years – back when she was a student working at his parents' restaurant, Araliya, in Hawthorn, which has since moved to St Kilda.

He added to the growing portrait of her as a fiercely intelligent and accomplished woman.

"She was a caring individual and also a great entrepreneur within Australia, working with (the) Australian high commission and on projects including dengue eradication in Sri Lanka. She will be sorely missed by many," Mr Wedande said.