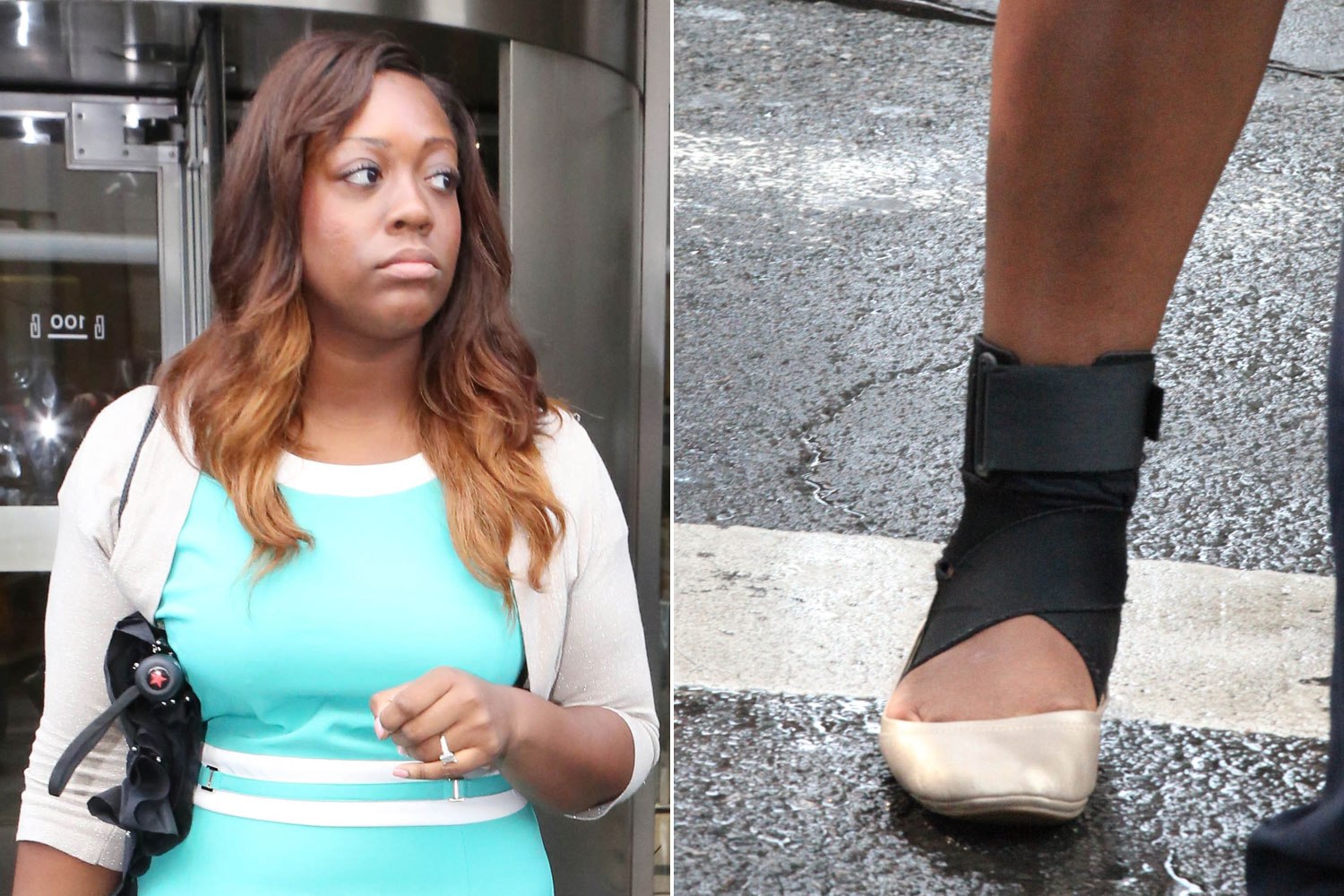 She is her father’s daughter.

Dominique Sharpton, daughter of shakedown artist Al Sharpton, scored a $95,000 settlement from the city over a sprained ankle — even though she had posted snaps of herself on social media climbing a mountain in Bali and strutting around in high heels just seven months after the fall.

It took nearly four years, but de Blasio administration lawyers finally threw in the towel in the case.

“After a thorough evaluation, we determined that settling this case was in the best interest of the city,” said a spokesman for the city Law Department.

The 32-year-old Brooklyn resident, who is the eldest daughter of the activist and TV host, sued the city in April 2015 for $5 million after “severely” injuring her right leg on cracked pavement crossing Broadway at Broome Street in 2014.

Her suit said she was in “permanent physical pain,” but the fall didn’t stop her from wearing high heels, mounting a ladder to decorate a Christmas tree and even hiking for two hours up a mountain during a girls getaway to Indonesia in May 2016.

She posted snaps of herself performing the feats on social media.

The case was settled after the city admitted it was aware of the cracked pavement in the crosswalk but did nothing to fix it.

Reached by phone Friday, Dominique Sharpton wasn’t even aware that a deal had been reached.

“I don’t really know the particulars at this time,” she told The Post.

Her lawyer, John Elefterakis, said the “case was always about fair compensation for Ms. Sharpton’s ankle injury, which we contend was a result of the city’s negligence.”

“Despite unfair treatment in the press, this settlement reflects the reasonableness of Ms. Sharpton, who was willing to settle her meritorious claim for a fair amount based on all factors,” he said.

The deal comes after Sharpton missed four scheduled depositions over six months in 2016, causing city lawyer Michelle Fox to gripe that the plaintiff “stymied the city’s efforts to litigate this matter.”

Manhattan Supreme Court Justice Margaret Chan gave Sharpton one last chance to show up or else see her case dismissed.

When Sharpton sat for a grilling in July 2016, she admitted she changed into party clothes and attended a two-hour gospel concert for her father’s 60th birthday hours after the incident.

She didn’t break any bones but underwent surgery for ligament tears. Still, the injuries didn’t prevent her from visiting her fiancé in Miami, dancing with her dad in New Orleans, working out and touring the
country in a play — all activities she detailed in her deposition.

“That sounds like a very generous settlement under the circumstances,” said Elizabeth Eilender, an experienced Manhattan litigator not involved in the case.

And one longtime personal-injury attorney asked incredulously, “For a sprained ankle they paid $95,000?”

“Sounds like a f- -king de Blasio administration settlement to me. It’s really worth about half that, not even, maybe $25,000 or $35,000,” said the lawyer, who asked not to be identified.

The legal shakedown resembles Al Sharpton’s reported use of boycott threats against large companies like McDonald’s and Macy’s to generate large donations.