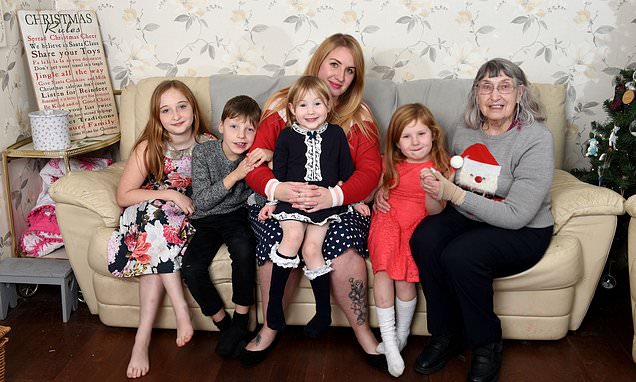 ‘We have a brand new NAN!’: Selfless mother-of-four adopts widow, 81, into her family after she spent the last decade alone at Christmas

A selfless mother has ‘adopted a nan’ just in time for Christmas after spending the last decade alone, only leaving the house ‘once a week’.

After volunteering with the elderly, Taylor-Danielle Pearson, 27, from Bristol, struck up an instant bond with widow Irene Smith, 81, and has since welcomed her into the family.

The mother-of-four wants to encourage more people to invite lonely OAP’s over for Christmas because ‘the elderly shouldn’t be forgotten’.

Mrs Smith was grateful to be welcomed into the family after spending the last seven years celebrating Christmas on her own.

And now, despite not living with the family, the widow pops in most days for a cup of tea and a catch up. 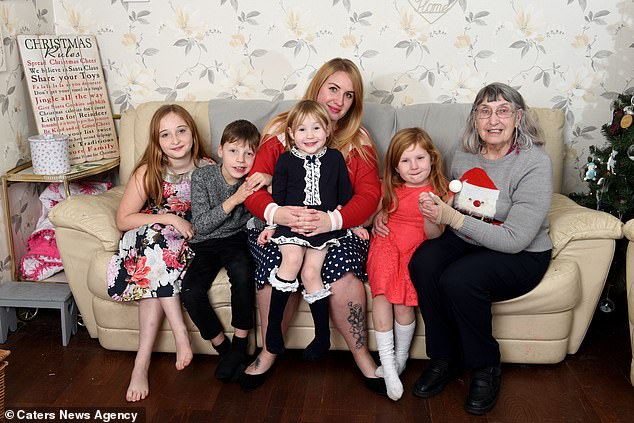 The mother said: ‘Irene was missing the family environment when we first met at my South Bristol volunteering group for the elderly, and I knew straight away that I wanted to adopt her into our family.

‘I took her to appointments, and we got chatting. She met the kids when I hosted a tea party and something just clicked. She felt like one of the family.’

‘It’s so important that the elderly don’t get forgotten. Christmas is about giving.

‘Irene lives a distance away and lives alone, ever since her husband died. She’ll go out maybe once a week.

‘Last year when she came around for Christmas Dinner, she cried. Since her husband passed away ten years ago, she’s spent every festive season alone.’

Now the children’s relationship with Irene has gone from strength to strength. They’ll give her hugs and kisses.

‘I used to be so close to my own nan, and Irene is all alone most of the time. This year, I want to make it that extra special for her.’

The Pearson family will be renting their local village hall this year so Irene is able to invite more of her friends, who might otherwise be alone, to join in a family Christmas dinner. 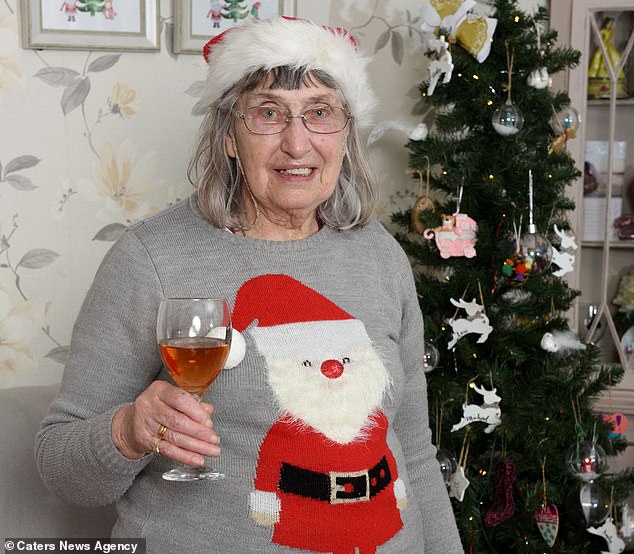 Irene Smith said, ‘Last year was wonderful. The kids waited to open their presents with me there too, and now I’m actually looking forward to Christmas.

‘I feel like part of the family, with the kids being so affectionate. This year, we’re having a party with more of my friends coming – I’m very excited.

‘Christmas used to be such a lonely time for me, and difficult without my husband.’

Mrs Pearson has reached out to local family and friends to help gather supplies and support in order for the family to have a proper Christmas bash. 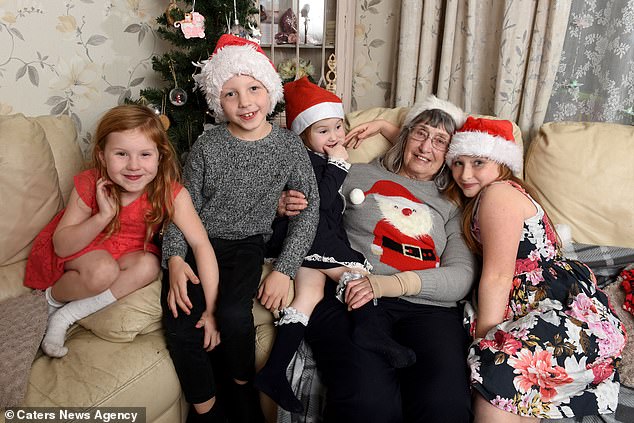 Husband, Michael Pearson, 29, has taken on the responsibility of tackling the turkey whilst Taylor has begun a fundraising frenzy.

She’s hoping to be able to hire a singer, as well as gathering up some mince pies and sherry to make sure a merry Christmas is had by all.

She said: ‘We’ve been so fortunate in the relationship we’ve found with Irene and we want to extend that to others.

‘No-one deserves to be lonely, especially at Christmas, and we’ve benefited from this too!

‘We have a brand new nan – not many families can say that.’

I’m A Celebrity: Is Harry Redknapp set for this acting role after Jungle exit?
World News