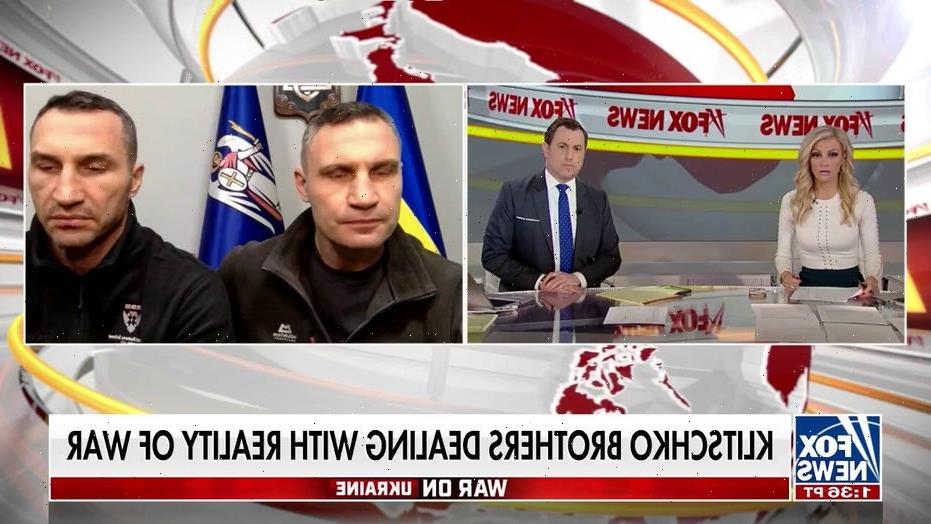 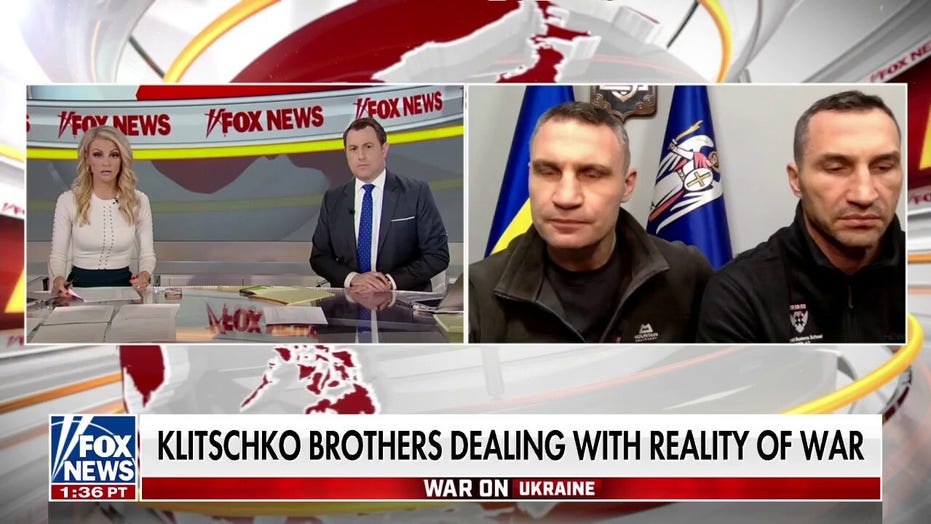 Mayor of Kyiv on Russian invasion: ‘We are ready to defend our city’

Vitali Klitschko, mayor of Kyiv, and his brother Wladimir Klitschko joined ‘Fox & Friends First’ to discuss the latest on the war and their readiness to fight for freedom.

“Getting zero local support, invaders turn to terror,” Kuleba tweeted. “I call on all states & international organizations to stop Russian terror against Ukraine and democracy.

Matveyev is the second Ukrainian mayor reportedly captured by Russian forces advancing in the region.

Ivan Fedorov, mayor of the nearby city of Melitopol, was abducted on March 11, Kuleba said Saturday.

Ukrainian President Volodymyr Zelenskyy pleaded with Western nations that communicate with Moscow – France, Germany, Israel and others – Saturday to help him free Fedorov, saying in an address, “I’ll talk to whoever I need to talk to in order for our people to be freed.”

His address came hours after Ukrainian Parliament announced Fedorov had been captured, saying a group of 10 “occupiers” put a plastic bag on the mayor’s head in Melitopol’s crisis center.

“This is yet another example of the illegal, cynical and barbaric acts perpetrated by the Russian armed forces in the context of their reckless and unprovoked aggression against Ukraine,” European Parliament said in a statement in response to Fedorov’s abduction. “We call on the Russian military authorities to free Mr. Ivan Fedorov immediately and to ensure that his health and safety is preserved. We urge the Russian authorities to fully respect the Geneva Conventions on combatants and non-combatant civilians and prisoners of war, as well as all relevant provisions of International Humanitarian Law.”

“These are not only legal obligations for the Russian Federation, but they represent the collective moral obligations of the international community, including the citizens of Europe and Russia,” the statement said, adding that violations of basic rights of civilians and attacks against civilian infrastructure “will not be forgotten and all perpetrators of such acts will be pursued under international law.”

Russian state-run media reported Saturday that prosecutors in Luhansk, a breakaway area recognized by Moscow in Ukraine’s disputed Donbas region, was preparing terrorism charges for Fedorov, accusing him of raising funds for far-right groups, the New York Times reported. Zelenskyy, who is Jewish and lost relatives to the Holocaust, said kidnapping Fedorov was intended to further Russian President Vladmir Putin’s unsubstantiated claims that Russian forces need to invade to liberate the Ukrainian people from neo-Nazis.

Melitopol, located northeast of the Russian annexed Crimea, came under fierce fighting on the first day of the Russian invasion on Feb. 24. It has since been occupied by Russian forces, and Fedorov had been posting regular social media updates encouraging resistance, providing lists for which ATMs were still working, where to purchase milk and medicine and warning that looters would be punished.

“We are not cooperating with the Russians in any way,” he said in an interview with the BBC two days before he was abducted. “They have not tried to help us, they cannot help us and we do not want their help.”

'Love Is Blind': Do the Couples Pick Their Wedding Venues?