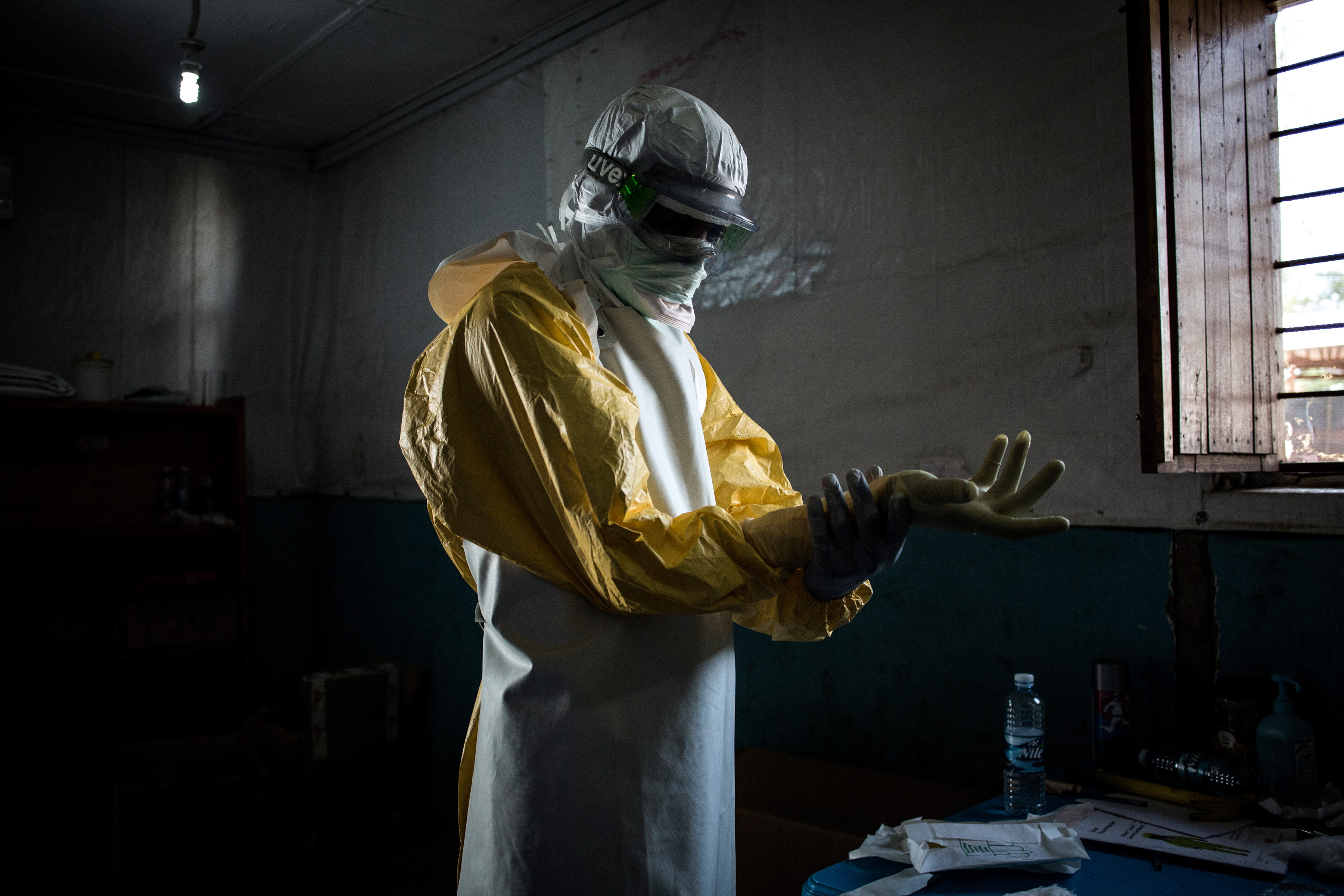 DAKAR, Senegal — The second-largest Ebola outbreak in history has spread to a major city in eastern Congo, as health experts worry whether the stock of an experimental vaccine will stand up to the demands of an epidemic with no end in sight.

Butembo, with more than 1 million residents, is now reporting cases of the deadly hemorrhagic fever. That complicates Ebola containment work already challenged by rebel attacks elsewhere that have made tracking the virus almost impossible in some isolated villages.

“We are very concerned by the epidemiological situation in the Butembo area,” said John Johnson, project coordinator with Medecins Sans Frontieres in the city. New cases are increasing quickly in the eastern suburbs and outlying, isolated districts, the medical charity said.

The outbreak declared on Aug. 1 is now second only to the devastating West Africa outbreak that killed more than 11,300 people a few years ago. There are currently 471 Ebola cases, of which 423 are confirmed, including 225 confirmed deaths, Congo’s health ministry said late Thursday.

Without the teams that have vaccinated more than 41,000 people so far, this outbreak could have already seen more than 10,000 Ebola cases, the health ministry said .

This is by far the largest deployment of the promising but still experimental Ebola vaccine, which is owned by Merck. The company keeps a stockpile of 300,000 doses, and preparing them takes months.

“We are extremely concerned about the size of the vaccine stockpile,” WHO’s emergencies director, Dr. Peter Salama, told the STAT media outlet in an interview this week, saying 300,000 doses is not sufficient as urban Ebola outbreaks become more common.

Health workers, contacts of Ebola victims and their contacts have received the vaccine in a “ring vaccination” approach, but in some cases all residents of hard-to-reach communities have been offered it. The prospect of a mass vaccination in a major city like Butembo has raised concerns. Salama called the approach “extremely impractical.”

A WHO spokesman said shipments of doses arrive almost every week to ensure a sufficient supply for the ring vaccination. “No interruptions of vaccine supply have occurred to date,” Tarik Jasarevic said in an email to The Associated Press. “Merck is actively working to ensure sufficient number of doses continue to be available to meet the potential demand.”

This Ebola outbreak is like no other, with deadly attacks by rebel groups forcing containment work to pause for days at a time. Some wary locals have resisted vaccinations or safe burials of Ebola victims as health workers battle misinformation in a region that has never encountered the virus before.

The Ebola virus is spread via bodily fluids of those infected, including the dead.

The outbreak “remains serious and unpredictable,” the World Health Organization said in an assessment released Wednesday. Nine health zones have reported new cases in the last week, and some have been unrelated to known victims, meaning that gaps in tracking remain in a region with a dense, highly mobile population.

Thousands of people have been organized by Red Cross societies and others to go house-to-house dispelling rumors and checking on possible contacts of victims.

The head of one family thanked her for the face-to-face contact, saying he didn’t even have a radio and didn’t understand what was happening. “Ignorance is the enemy,” another resident said.

Given the years of conflict in eastern Congo, it’s essential that households trust why the health workers are there, Nafo-Traore told the AP.

While she called the insecurity “very worrying,” she said that with new tools at hand, including vaccines, “there is great hope.”

Is this the future of black market boob jobs? Women are opting for 'risky' fat injections to boost busts