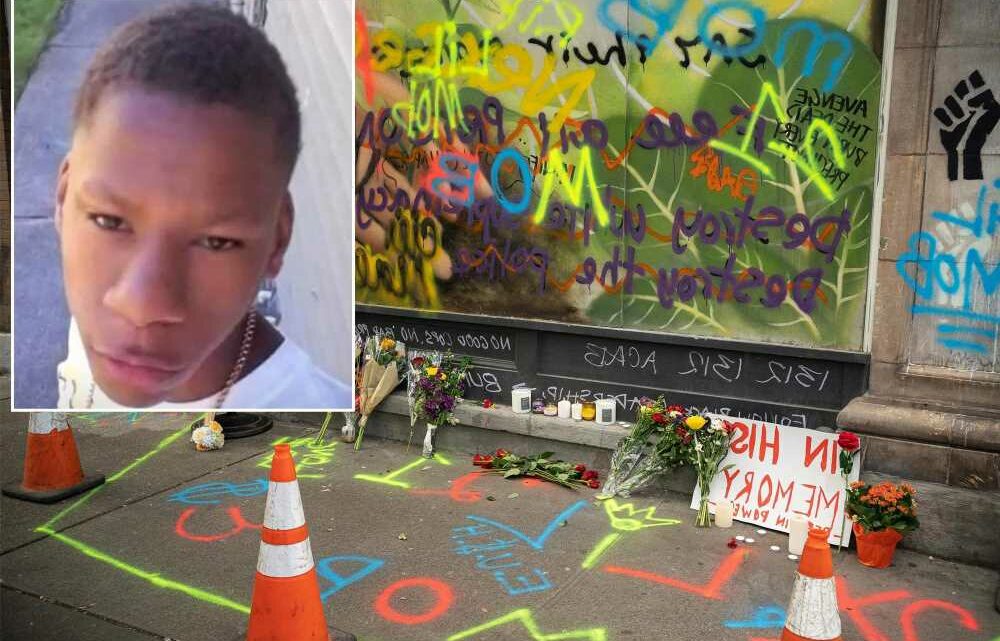 A teenager was “left to die” by paramedics “on the cold hard ground” after being shot on the edge of Seattle’s autonomous zone, notice of claims filed Wednesday allege.

At the time, the area was overrun by anarchists and self-appointed security guards who were policing the area with semi-automatic weapons and wouldn’t allow police to enter after 10 p.m., the claims state.

After the police curfew, a 911 call came in for the shooting of the special-needs teen. At the time, a Seattle Fire Department ambulance was approximately two blocks from the crime scene and police were stationed about a half-mile away, the claims allege.

But instead of rushing to save the special needs teen’s life, they didn’t respond immediately, the claim states.

The fire department previously said they couldn’t respond because it was too dangerous without a police escort, which didn’t come until 2:39 a.m., about twenty minutes after Anderson was shot, the claims allege.

“For close to twenty whole minutes, Seattle Police and Fire Departments communicated with dispatchers on separate radio channels, communicated the wrong locations, and miscommunicated the procedures for providing medical attention to Lorenzo,” the claims, filed against the City of Seattle, King County and the state of Washington, state.

“Meanwhile, 19-year-old Lorenzo lay helpless on the pavement, bleeding to death while 911 calls continued to pour in, with bystanders begging authorities to send help. As Lorenzo’s pulse faded, volunteers performed CPR while other bystanders were on the phone with emergency dispatchers, receiving conflicting information about how to get Lorenzo into the ambulance once it arrived,” the claims continue.

At 2:45 a.m., Anderson was pronounced dead at the Harbor View Medical Center after civilians transported him to the hospital.

An autopsy report shows that Anderson was shot in the hand, buttocks, knee and shoulder but “none” of the bullets “appeared to hit major organs,” according to the claims and Evan Oshan, the attorney representing Anderson’s estate, which filed the papers.

“If they had went in there and did their job, I believe my son would still be alive and I wouldn’t have to be going through this right now,” Anderson’s father Horace Anderson, who has his own $3 billion lawsuit against the city, told The Post.

“They let him bleed to death. Somebody needs to be held accountable.”

The man who allegedly killed Anderson, Marcel Levon Long, has been charged with his murder but is yet to be apprehended by police, Oshan said.

The claim alleges the SPD, Seattle Emergency Medical Services, Mayor Jenny Durkin, Seattle City Council and the state of Washington were negligent and “breached the duty of reasonable care” owed to Anderson and caused a death “that was both preventable and predictable.”

“The Mayor of Seattle motivated and nurtured CHOP as [she] believed the occupation of the area was creating a ‘summer of love,’” the claim states, referencing an interview Durkin gave to CNN’s Chris Cuomo on June 12, 2020.

“However, as many well know, it became a ‘summer of blood.’”

On the night Lorenzo was shot, a 33-year-old was also critically wounded when he was hit by gunfire and a week and a half later, two teenagers were shot within the autonomous zone, one of whom died.

The notice of claims are precursors to a lawsuit that will be filed in state court in sixty days, Oshan said.

The city of Seattle did not return a request for comment.