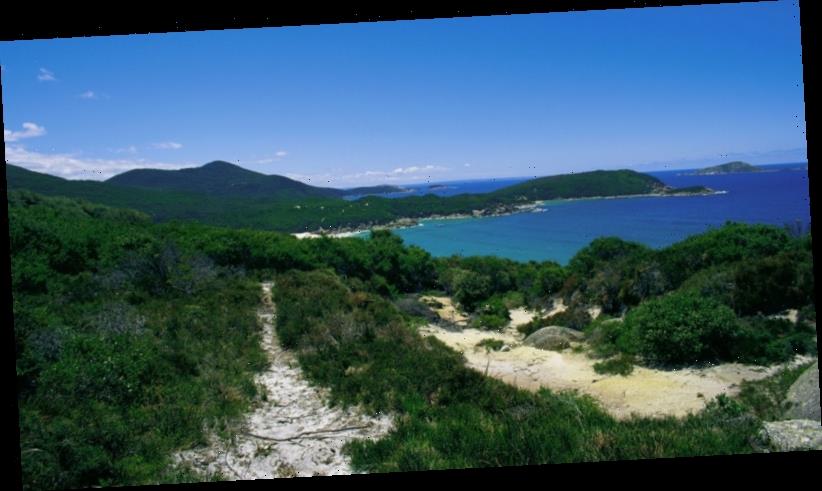 The two men disappeared while swimming on Friday – one at Squeaky Beach in Wilsons Promontory and the second in the Murray River near Mildura. 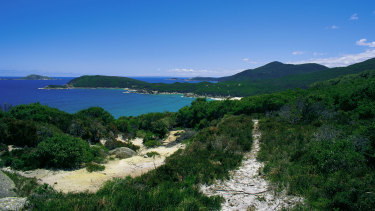 At Squeaky Beach, about 220 kilometres south-east of Melbourne, two men were swimming with friends when they got into trouble about 4.30pm.

One of the men was rescued by a member of the public. Those at the scene performed CPR, but the man died on the beach.

His friend was still missing on Saturday afternoon, despite an extensive search by the Water Police and State Emergency Service. A report into the man's death will be prepared for the coroner, police said.

The SES launched a rescue boat about 10pm on Friday, with crews searching along Squeaky Beach, as well as nearby walking tracks.

The popular tourist beach – named after the noise made when walking on the small quartz sand particles – remained closed to visitors on Saturday afternoon.

Meanwhile, SES volunteers and police searched the Murray River at Liparoo, around 90 kilometres south-east of Mildura on the NSW-Victoria Border for another missing swimmer.

Police said a man, believed to be a 28-year-old foreign national, disappeared under the water about midday on Christmas Day and did not resurface.

The search was suspended overnight and resumed at first light on Boxing Day. NSW Police divers travelled from Sydney to help in the search.

The police divers entered the water just before 3pm on Saturday, according to a NSW Police spokeswoman.

At the end of each day, we’ll send you the most important breaking news headlines, evening entertainment ideas and a long read to enjoy.  Sign up to The Sydney Morning Herald’s newsletter here, The Age’s here, Brisbane Times’ here, and WAtoday’s here.

K.C. Jones, Celtics Standout as Player and Coach, Dies at 88

FBI vows to solve Nashville blast mystery: ‘We will find out who did this’
World News