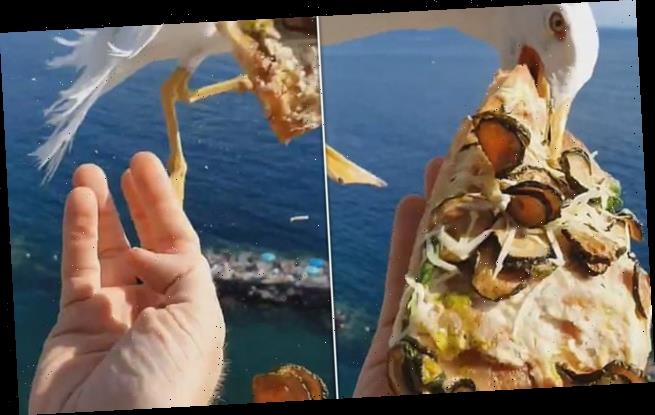 Seagull swoops down and snatches food from food blogger's hand

I’ll have a pizza that! Seagull swoops down and snatches food from startled food blogger’s hand at photoshoot

A food blogger was shocked when his pizza was stolen by a seagull during his latest photoshoot.

Gian Andrea Squadrilli had gone on to the balcony overlooking the sea outside his restaurant in Sorrento, southern Italy, to take a video of a slice of pizza.

In the clip, he can be seen filming the pizza in his hand from different angles, with the sea in the background.

A seagull suddenly swoops down and clasps its beak around the pizza. 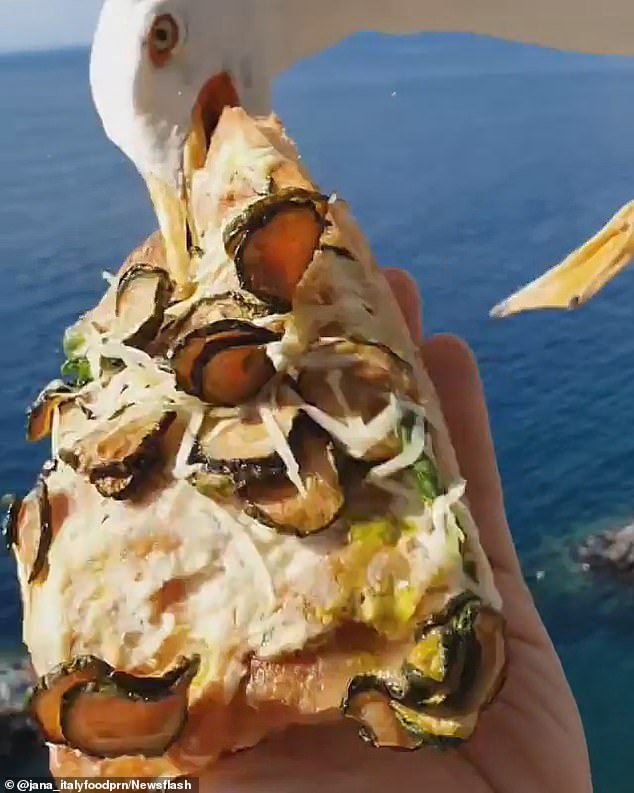 Food blogger Gian Andrea Squadrilli is holding a slice of pizza on a balcony in Sorrento, southern Italy, when the seagull swoops down

He flies away with the the slice of pizza from a startled Squadrilli’s hands, who said it ‘almost takes his finger off’ too.

Squadrilli posted the video on Instagram on July 17 and said he couldn’t believe that a seagull had just ‘robbed him’.

He added: ‘I swear I am shocked… a whole slice in its mouth and it almost took my finger off.’

Squadrilli specialises in taking spectacular photos of mouthwatering food and has more than 100,000 Instagram followers.

One Instagram user wrote: ‘You were good at keeping your phone in your hand. I would have dropped the phone in the water out of fear.’

Another commented that the seagull knew how good the pizza was and didn’t want to miss it. They added: ‘I would have done the same.’

The blogger who posts dishes he has prepared manages a few accounts on Instagram, with more than 600,000 combined followers.

He owns the restaurant Golocious along with Vincenzo Falcone, who also has an Instagram account, vincenzofalconedelicious, which posts pictures of food. 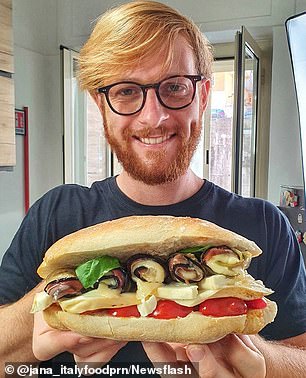 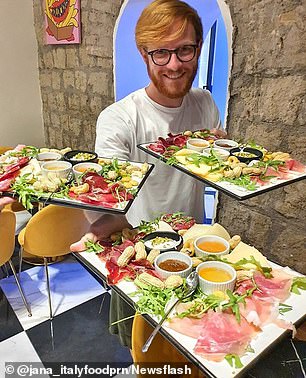