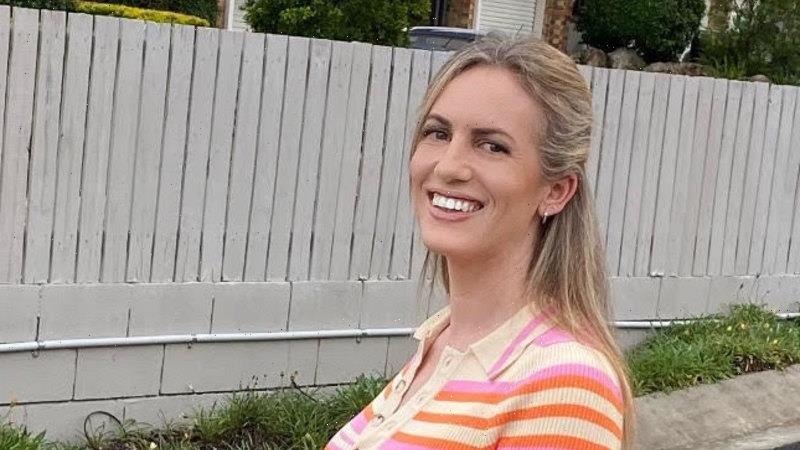 Three Australian residents have accused Scientology of child trafficking, covering up multiple sexual assaults, forced labour and other abuses in a significant legal claim lodged in a Florida court overnight. 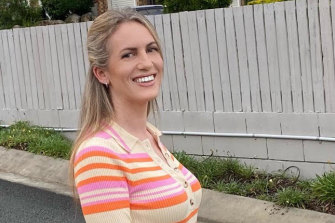 Valeska Paris is making serious allegations of abuse and child trafficking against Scientology.

The three were part of Scientology’s “Sea Org” and “Cadet Org” entities that involved them signing billion-year contracts to provide free or cheap labour to Scientology. The lawsuit alleges that their pay was sometimes withheld or set at a maximum of $US50 per week.

They say they endured years of emotional, physical and psychological abuse, in particular while spending more than a decade aboard Scientology’s Freewinds cruise ship in the Caribbean in what the lawsuit described as “a world filled with abuse, violence, intimidation and fear”.

One of the plaintiffs alleged they were confined to a hot engine room for days after being accused of “monopolising” the attention of a prominent celebrity who had their birthday on the ship in 2004, and who is believed to be actor Tom Cruise. There is no suggestion Cruise was aware of the plaintiff’s situation.

The case, brought by leading US plaintiff law firms, alleges the free labour on the cruise ship allowed Scientology leader Miscavige to “maintain a facade of legitimacy, a luxurious lifestyle … and influence over members including celebrities”. 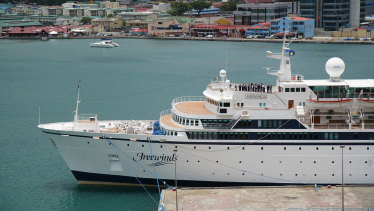 The Freewinds cruise ship docked in the port of Castries, the capital of St Lucia.Credit:AP

Scientology was founded by US science fiction writer L. Ron Hubbard in the 1950s and has long attracted celebrities including Elisabeth Moss, John Travolta and Cruise. Some former adherents have accused it of being a dangerous money-focused cult. Scientology has been approached for comment.

The 86-page legal claim from US law firms Kohn, Swift & Graf, Preti Flaherty and Cohen Milstein Sellers & Toll, details allegations of how children as young as six years old were separated from their parents who relinquished custody to the “Cadet Org” and later “Sea Org”, with family visits limited to once a week. 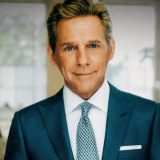 While public members of Scientology can live in their homes, members of “Orgs” work as indentured labour both on sea and on land, the lawsuit alleges. They accumulate large debts from their time in the Orgs, which is then held over them if they ever leave.

Gawain Baxter was raised a Scientologist and in 1982, at only a few weeks old, his family moved from Australia to Scientology’s Flag Base in Clearwater Florida. He became a Cadet Org member at six while living in a dormitory with 100 other children.

By the age of 10 he saw his parents for only three hours a week and received very little education while labouring five to 10 hours unpaid a day including food preparation, landscaping and garbage removal, he alleges.

He says he was regularly verbally and physically abused by adults connected to Scientology and subject as a teenager to explicit questions about his sexual experiences by adult Sea Org leaders.

While living on the Freewinds – which never docks in US ports or territorial waters – he had his passport confiscated and worked 16 to 24 hours a day in unsafe working conditions, he alleges. That included repainting pipes, cleaning the ship decks and cleaning fuel tanks without safety equipment. He claims after working with blue asbestos and concrete dust he later coughed up blood.

“To this day, there are completely defenceless minors being mistreated by Scientology leadership. Just as I was, they are isolated from family and have no way to protect themselves,” Baxter said in a statement. “Scientology must be held accountable for the human rights abuses and trauma it has inflicted without a shred of remorse.”

Baxter and co-plaintiff Laura Baxter, who married, were later able to leave Freewinds after they came up with a plan to get pregnant to escape. They were told to terminate the pregnancy but refused and were later let off the boat after weeks of punishment and isolation, the lawsuit alleges.

In 2004 Laura Baxter alleges she was punished and confined to a hot engine room on the ship for three days, only allowed to leave for short periods at a time, after being accused of “monopolising” the attention of a celebrity during their birthday celebrations. Tom Cruise had a party for his 42nd birthday on Freewinds in 2004.

The other plaintiff, Valeska Paris, who now lives in Australia, had parents who were Sea Org members and was brought up as a Scientologist. By six years old she was in the Cadet Org and over more than a decade was sexually assaulted on multiple occasions as a minor, she claims.

Paris alleged a senior Sea Org member rubbed his erect penis against her genitals. She said she had to relive her sexual assaults with adult male interrogators and was punished for reporting them and forced, on one occasion, to do the laundry of her alleged abuser.

Paris said she was a personal assistant to Miscavige and worked 16-hour days as a 15-year-old and was “sleep-deprived, poorly fed and constantly verbally abused by adult supervisors”.

She said she became suicidal and eventually ended up doing forced labour at a Scientology site in Australia and had her passport confiscated. Scientology has been accused of running a “penal colony” at a western Sydney site.

“Scientology is a system that is designed to perpetuate fear, and I continue to struggle with the trauma. No person – child or adult – should have to go through the daily abuse and manipulation I faced,” said Paris.

The lawsuit describes how Org members have to self-report deviant thoughts and behaviour during repeated interrogations, material that is then later used against them.

“Scientology cannot be allowed to continue exploiting the labour of its members and inflicting emotional and physical abuse without facing justice,” said Ted Leopold, a lawyer for the plaintiffs from Cohen Milstein Sellers & Toll.

A 2021 investigation by The Age and Sydney Morning Herald uncovered some of the most detailed financial information available anywhere in the world on Scientology. It found it had shifted tens of millions of dollars into Australia, which has become an international haven and makes tax-free profits with minimal scrutiny.