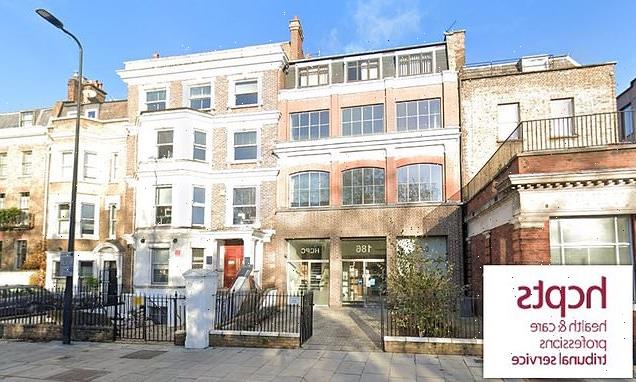 A ‘middle-aged’ scientist who drank a bottle of ‘cheap’ rose wine before calling a Portuguese woman a ‘Spanish w****’ during a neighbour’s row over a noisy fire alarm has been suspended from her job for racism.

Kelly Madden became furious after accidentally setting off her own alarm while cooking soup and baking bread at her rented art studio in Norwich, Norfolk, on July 9, 2020.

During the bizarre dispute, the unnamed neighbour knocked on Madden’s door and urged her to turn off the device, but in a confrontation on a communal landing, she was met with abuse and shown the middle finger, a tribunal heard.

Norfolk and Suffolk Police later quizzed Madden over the incident and she accepted a caution for using racially or religiously aggravated harassment.

She told officers she had been drinking a bottle of ‘cheap’ rose wine in the run up to the argument.

Madden has been suspended from practising for nine months after she was found guilty of disciplinary charges at a Health and Care Professions Tribunal Service hearing on Monday.

She accepted that she shouted at the victim, known only as Person A, but claimed she ‘didn’t realise it was illegal to call someone a Spanish w****’.

Madden, the ‘son of a military man’, also claimed ‘these things happen’ – adding she had a ‘very diverse group of friends’. 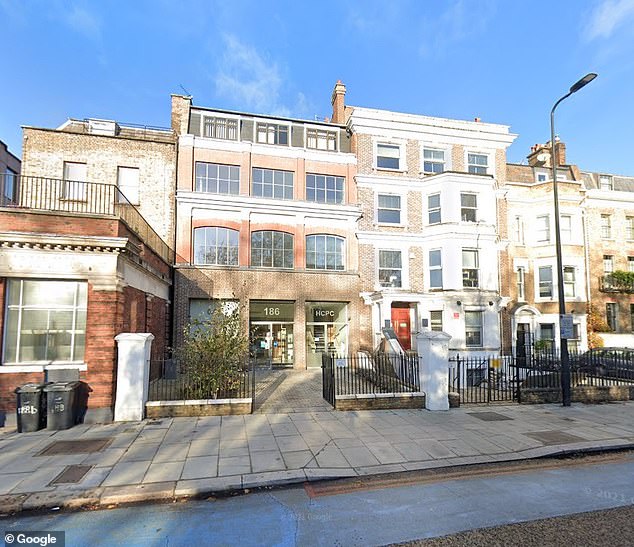 The offices of the Health and Care Professions Tribunal Service, which has banned Madden from practising for nine months 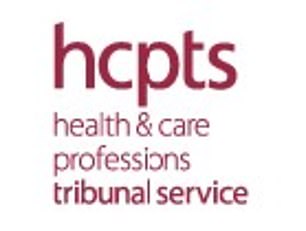 In a statement read to the tribunal, she said: ‘I was drunk and hadn’t eaten because I had activated a fire alarm preparing soup. The fire alarm activated the other fire alarms and my neighbour became extremely agitated and was shouting in the hall and on the landing.

‘I told her there wasn’t a fire and apologised which I always do when the alarm activates accidentally.

‘But she was hysterical and I was drunk on a bottle of wine so we had an argument at the top of the landing outside my door and I called her ‘a spanish s***’ and told her to go away if she didn’t like it.

‘She then called the local police and accused me of hate crime. Following the incident – on the advice of a police officer – I wrote a card apologised to the alleged victim and a box of chocolates.

‘I believe she was already in a state of distress and anxiety perhaps completely unrelated to the property and the fire alarm.’

Madden said her neighbour had covered the property in notes complaining about the mess, an issue that did not concern her because she only rents the property ‘on an ad hoc basis as a place to do art’.

But the neighbour rang police following the argument and accused Madden of a hate crime.

On the advice of a police officer, Madden wrote a card apologising to the victim and gave her a box of chocolates, the tribunal heard.

In a subsequent statement, Madden admitted she may have been a ‘bit heavy-handed and that she had overeacted’, before adding that ‘these things happen – people have arguments’.

She told the hearing: ‘She initiated the argument, I was really scared alone in a small extremely hot room and I’d drunk an entire bottle of cheap rose by accident while I was cooking soup and baking bread. I was travelling that weekend and cooking more than usual.

‘Even though there was no fire and I was apologising through the door, she was hysterical and I went out onto the landing and all I did was shout back at her. She was outside my art studio with a phone after she had been screaming.

‘I called her a ‘Spanish w****’ and said she should leave if she didn’t like it (the house not the country). She called the police because she wanted attention and got attention.

‘I didn’t approach her or follow her or threaten her – I was scared of her. I just wanted her to go away. The fire alarms are very sensitive and activate the other fire alarms.’

The tribunal also heard Madden had various health conditions and was looking to move claiming she had experience verbal abuse and felt ‘demonised’.

But the tribunal panel said: ‘Since the caution, there has been no meaningful evidence of demonstrable insight or steps towards remediation.

‘She has not taken any practical steps to address her behaviour, for example by attending a relevant course or meaningfully reflecting on her behaviour.

‘She has sought to minimise her culpability for her behaviour, focusing instead on Person A’s conduct rather than her own.

‘She failed to meaningfully appreciate the impact of her actions on the victim or the profession in general, instead stating that ‘these things happen.’

‘She has not demonstrated that she has learned from her behaviour. As a result, the Panel concluded that there was a high risk of her repeating her behaviour.’

The panel continued: ‘The Registrant used inexcusable racist language, she has demonstrated limited insight and sought to minimise her actions. There is a risk of repetition due to the lack of genuine remorse.

‘However she had a previously unblemished reputation and she was under pressure due to her health and living in isolation and difficult conditions.

‘Her behaviour was outrageous in racially abusing Person A in her living accommodation.’

Madden was also ordered to undertake a training and diversity course. as well as write a ‘full written reflective piece’ demonstrating an assessment of her behaviour and what she has learned from the courses.