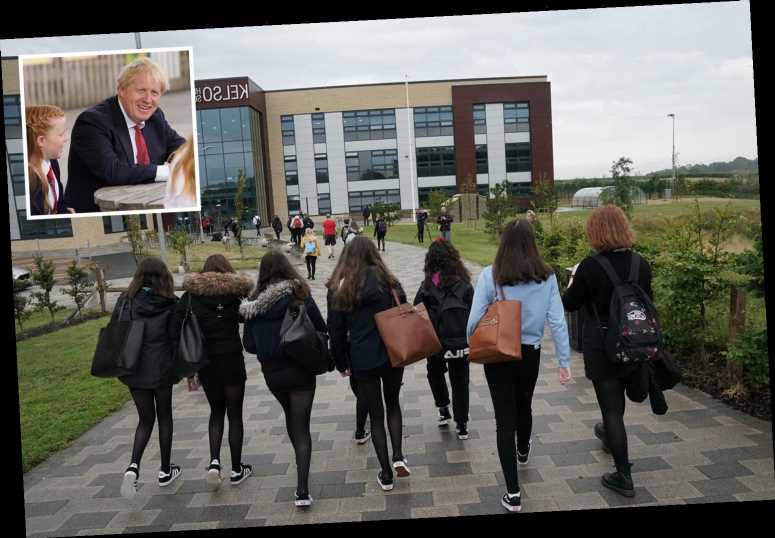 SCHOOLS are set to be fully open across Britain from next week as kids head back to class in England.

After nearly six months out of education, parents are preparing their children for a full day of learning again – with the added challenge that a pandemic brings.

97 per cent of them are set to open their doors and welcome pupils back, the National Association of Head Teachers expects.

Most go back on either Tuesday or Wednesday, but some have already returned.

And many schools stayed open throughout the pandemic for the children of key workers.

Here's what to expect when kids return next week as part of Government rules to keep children as safe as possible from the virus.

Children in lockdown areas in the North of England will have to cover up in communal areas under plans announced earlier this week.

After pressure from Scotland and the World Health Organisation, the Government said it would ask people to cover up when they can't keep apart and when there's a higher level of cases in the area.

This will mostly be in communal areas like corridors and staff rooms.

But for those outside the lockdown zones it's up to schools whether they decide to make kids wear masks when they return or not.

Some are making kids take visors, and others are advising cloth coverings even inside class.

Staff and pupils at most schools are likely to be able to wear a mask if they want to.

Make sure to check with your child's school the policy before they return back.

Most children will be put in class bubbles – or for older kids these will likely be year groups.

This will stop the contact between kids of different years, and mean there's less chance of spreading the virus.

In some establishments kids will be staying in the same classrooms and it will be the teachers moving around to try and contain the risks further.

At least 200 schools are said to be intrducing different start and end time to make sure that people don't mingle at the school gates and wait around for their classmates.

These are to minimise the interactions between parents, teachers and other children.

Birmingham Ormiston Academy said: “From September 2020 onwards, each year group arriving and leaving the building at different times (where
possible), with students organised into bubbles in order to minimise mixing.”

Maiden Erlegh School near Reading said: "In order to allow our new year groups to settle in to their new school, we will be staggering the starting time for different year groups.

Breaks and lunches may also be put on at different times so kids don't gether on the playground all at once.

Two academy trusts told The Times that some of their schools would open on a Saturday to help children who had fallen behind.

Star Academies and Inspiration Trust said they would open their doors for six days a week to allow catch-up classes for pupils who needed them.

Kids will have to cover up on the school bus too, and will be expected to try not to mix with people outside of their bubble.

Schools are expecting more parents to take their kids to school in the car to avoid public transport, too.

Some place are dividing the whole building up into specified "zones" for each bubble or series of bubbles.

It means they will have their own allocated break rooms, parts of the playground and even toilets to limit the number of people going in and out.