The House Republican leadership political action committee backing Malliotakis engaged in the most spooky tactic — hounding Rose with a mobile billboard saying the congressman was “Good for [House Speaker Nancy] Pelosi, Bad for the NYPD.”

The billboard also blared a message that claimed Rose, a decorated Army vet, was a “Puppet of Defund the Police Liberals.”

The campaign stunt, paid for by the GOP Congressional Leadership Fund, was parked outside Rose’s campaign office on Forest Avenue Saturday morning.

“When he first ran for Congress, Max Rose promised to support law enforcement, then he turned his back on the NYPD and marched with radicals to defund them,” said CLF Press Secretary Will Reinert.

“As Congressman Rose makes his final campaign stops, this mobile billboard will follow him every step of the way and remind voters that Max Rose is not the man he claims to be.”

The Rose camp slammed the GOP scare tactic as youngsters were trick or treating in the 11th congressional district that encompasses the island and southern Brooklyn. All the GOP did was spook kids at a Halloween party taking place near his campaign office, the campaign said.

“Only Nicole Malliotakis and DC hacks would think sending a truck with a malfunctioning sound system to a kids’ Halloween party is intelligent,” said Rose spokesman Jonas Edward-Jenks. 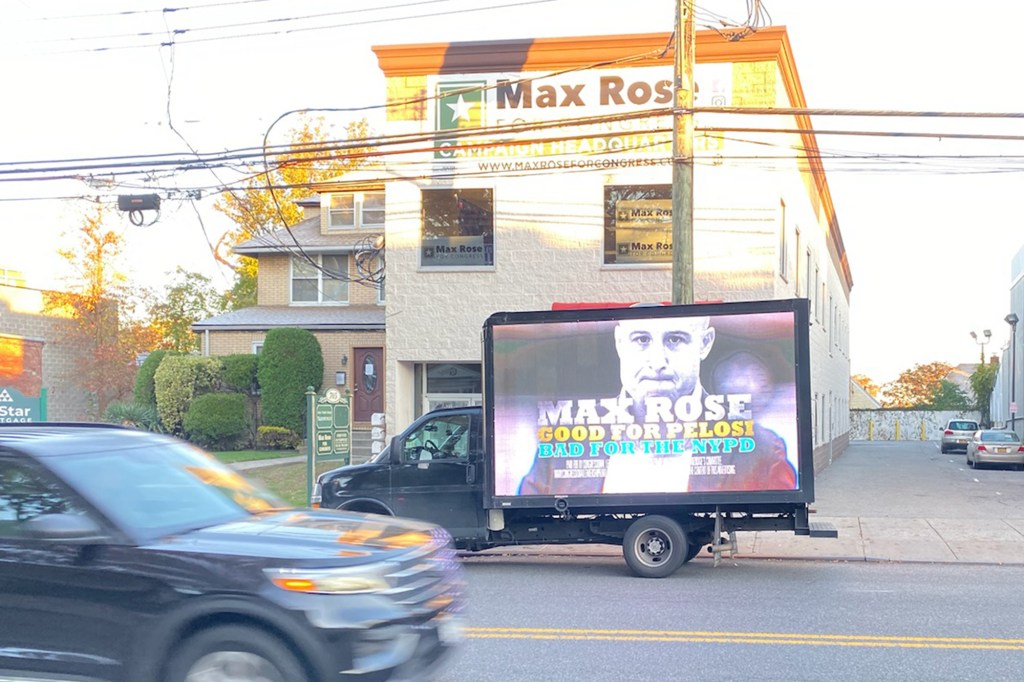 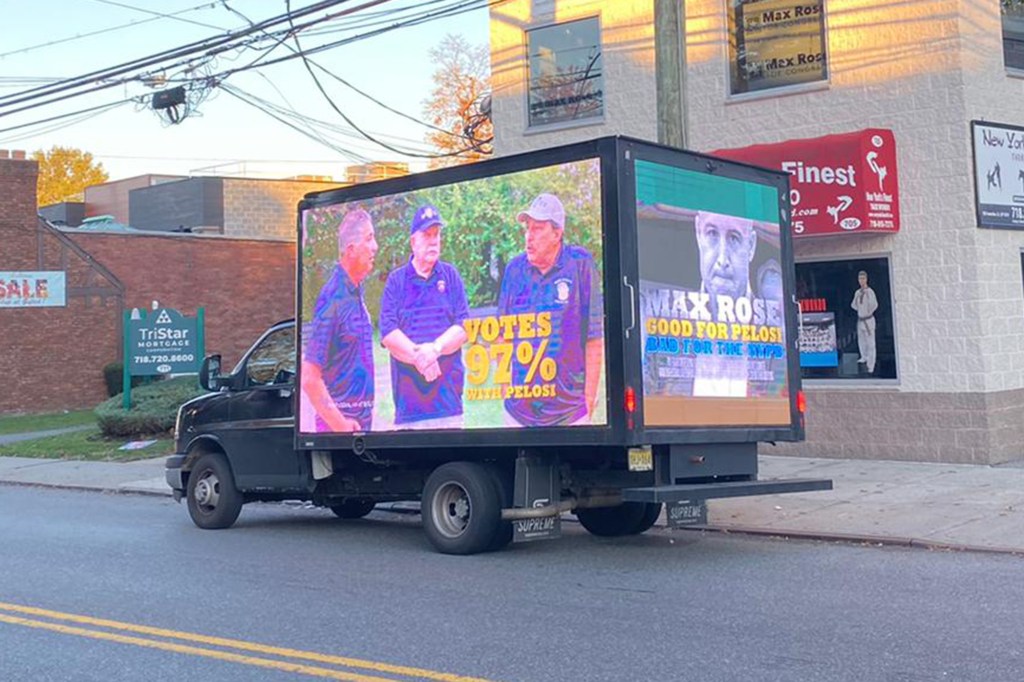 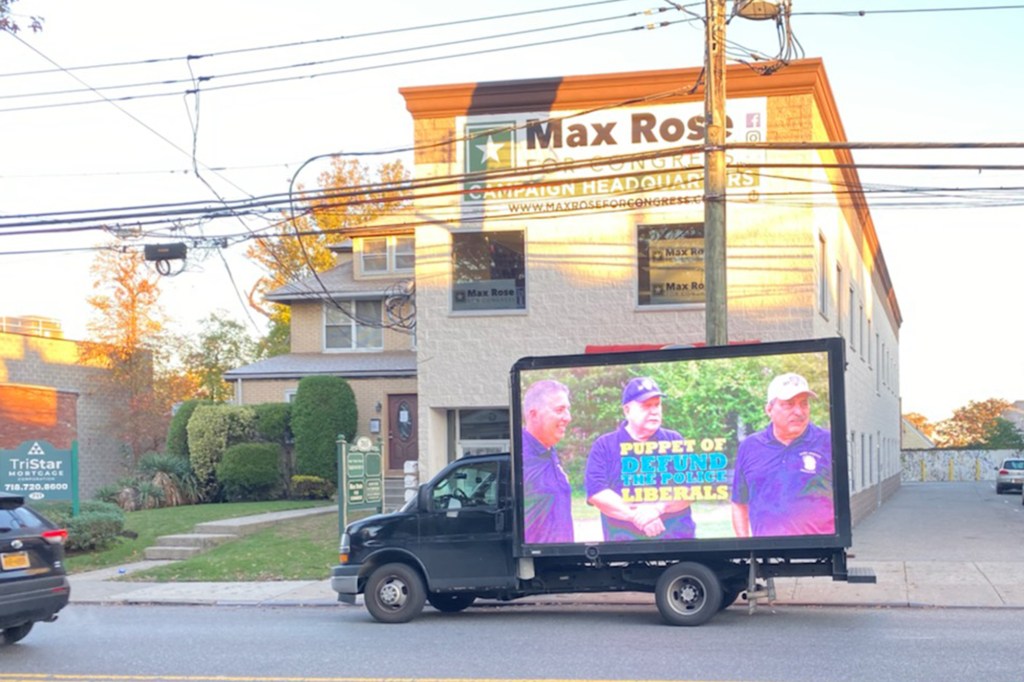