A same-sex penguin couple has become foster parents to a newborn hatchling in a first for an upstate New York zoo.

Humboldt penguins Elmer and Lima first got together this past mating season, and built a nest together in the fall, which they have both defended from incoming predators.

Their devotion to each other led officials at the Rosamond Gifford Zoo to test how the two would be as parents, using a dummy egg, before letting them take care of a fertilized egg of their own.

The baby penguin was born healthy on New Years Day, and weighed a healthy 8 ounces at its first health check at just five days old, zoo officials announced on Friday. The hatchling has not yet been named. 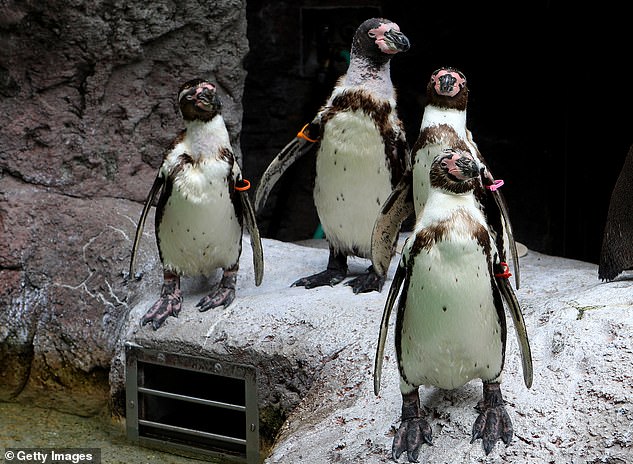 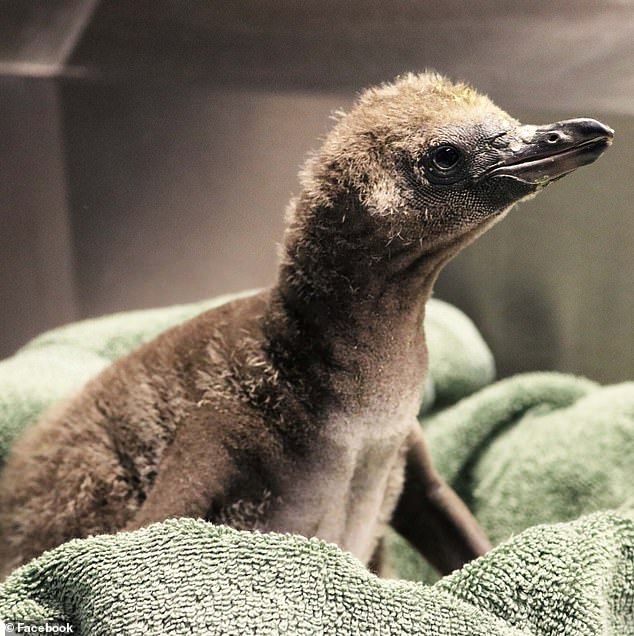 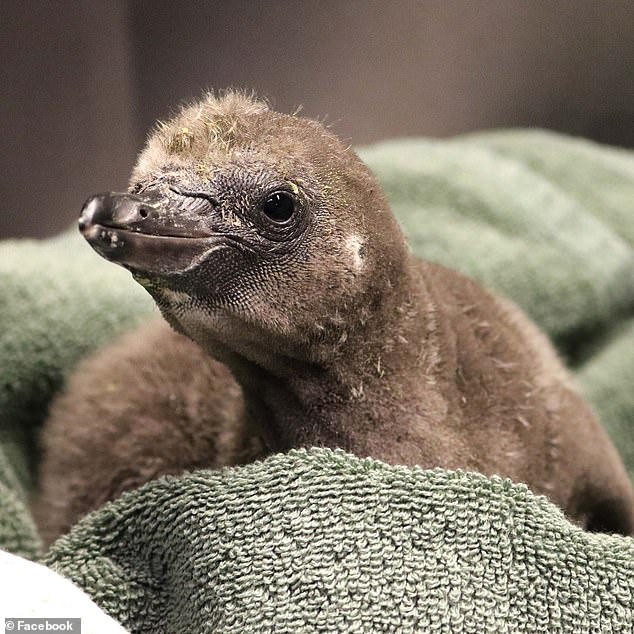 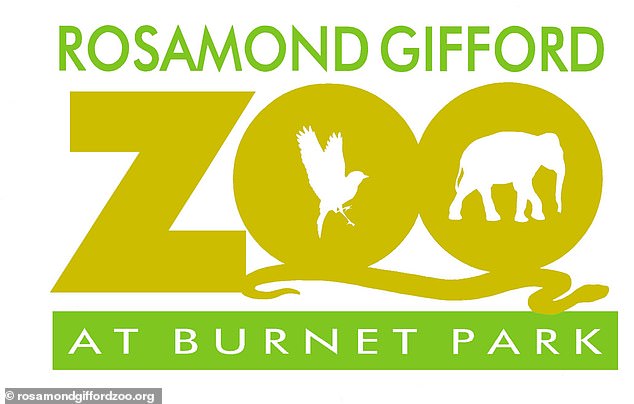 Before giving the couple an egg of their own, zoo officials tested Elmer and Lima would be as parents by first putting a dummy egg in their nest.

Some prospective penguin parents either keep the egg next to them, rather than sit on it to keep it warm, or fight with each other for a chance to keep the dummy egg warm. But not Elmer and Lima, who took turns incubating the egg until it hatched.

‘Elmer and Lima were exemplary in every aspect of egg care,’ Zoo Director Ted Fox said.

After the couple passed the test, zoo officials replace the dummy egg with a real one that came from a pair of breeding penguins that have a history of inadvertently breaking their fertilized egg.

The unnamed baby penguin is now reportedly in good condition, as it continues to be looked over by the same-sex couple.

‘It continues to be brooded and cared for by both Elmer and Lima, who are doing a great job,’ Fox said in a zoo statement. ‘And once they have experience doing this and continue to do it well, they will be considered to foster future eggs.’

He said that the Elmer and Lima’s success shows that the idea of ‘family’ is not species specific, and that non-traditional families can successfully raise children.

‘Elmer and Lima’s success at fostering is one more story that our zoo can share to help people of all ages and backgrounds relate to animals.’

Other zoos have also seen success with same-sex penguins tending eggs together and caring for newborns.

Native to the Pacific coast of South America, Humboldt penguins are listed as vulnerable, according to the International Union for Conservation of Nature.

The Rosamond Gifford Zoo joined the Species Survival Plan for Humboldt penguins in 2005 with the opening of its Penguin Coast exhibit. It started its own colony with 18 birds from other zoos and aquariums in the Association of Zoos & Aquariums, and started producing chicks the very next year.

The zoo has since hatched more than 55 penguin chicks, many of which have gone on to participate in the SSP at other AZA institutions

Who is Don Everly's wife Adela Garza and do they have kids?