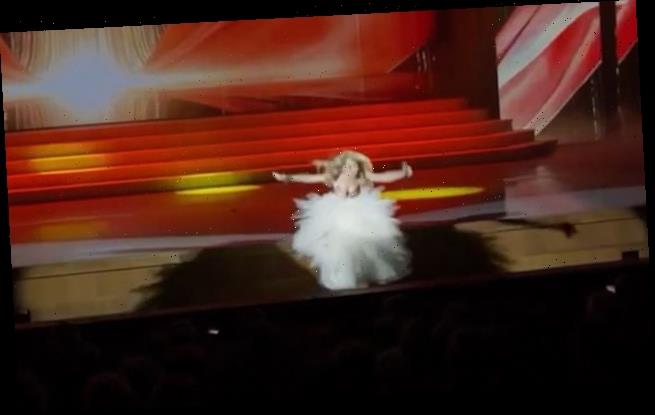 Russian singer finishes her song despite falling 10ft off a stage

The show must go on! Heart-stopping moment a Russian singer falls 10ft off the stage and into the orchestra pit – but still belts out a tune lying prone on the floor with a broken foot

A Russian singer fell off a stage and broke her foot during a concert yesterday – but still finished her song while lying prone in the orchestra pit.

Anastasia Vishnevskaya tumbled 10ft off the stage during the International Women’s Day performance in Krasnoyarsk yesterday.

She kept going even though the audience could not see her in the darkness, before the pit was raised and a spotlight picked her out.

The 30-year-old finished her performance and won a round of applause from spectators before hobbling off to hospital with a fractured foot. 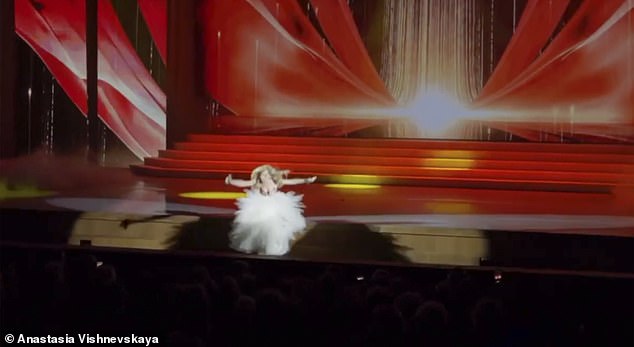 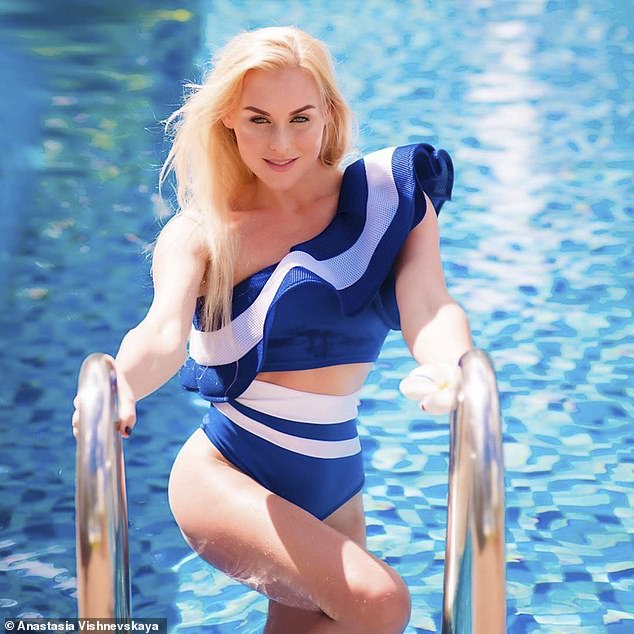 Anastasia had tried to stand up in the orchestra pit but realised she had suffered significant bruising from her fall.

A musician helped her onto a chair and the pit was raised so the 1,375-strong audience could see by the end of her song, which was called ‘100 Hours of Happiness’.

In hospital for emergency surgery, the performer hit back at ‘false’ accusations that her fall proved she was not really singing live but mouthing to a soundtrack.

‘I didn’t notice edge of the stage and fell into the orchestra pit on the musicians who were preparing for the next number,’ she said.

‘I was lying on my tummy singing the song…. 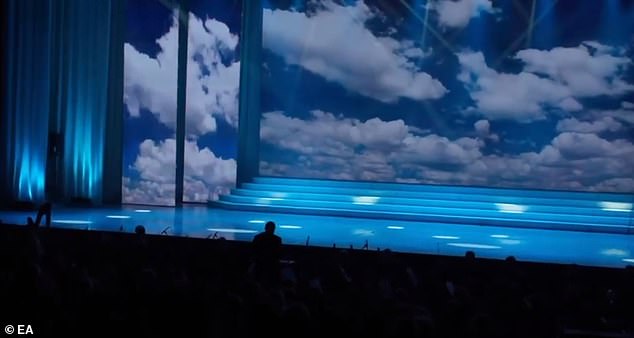 Vanished: The audience could not see the singer after she fell off the stage, but could still hear her singing 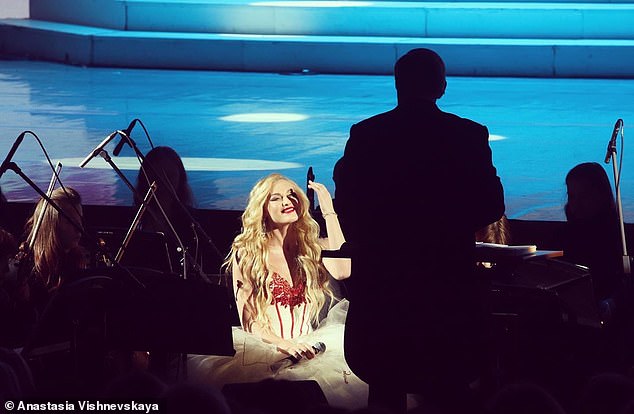 Valiant: The singer kept going with her performance even though the audience could not see her in the darkness, before the pit was raised and a spotlight picked her out (pictured) 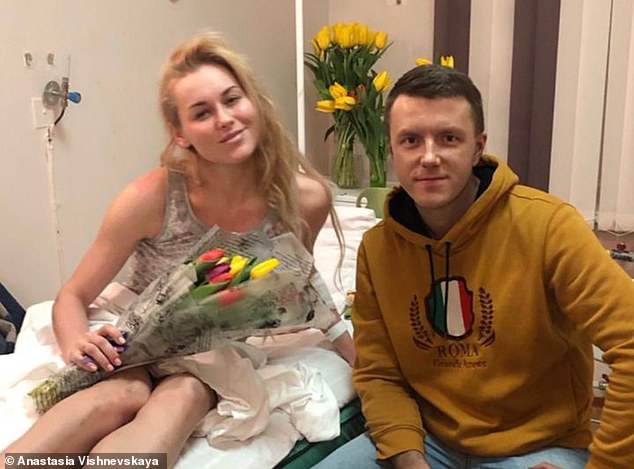 ‘Spiteful critics only discuss the fact that I continued to sing despite the trauma – and blame me for not singing live.

‘I wish there was less hatred and envy around us.

‘On the video I don’t sound as clear as I wish I did.

‘But since this was definitely live please enjoy it as it is.’

Some audience members had even suggested that her fall was part of the act, so well did she keep singing.

Concert presenter Roman Bogdanov said: ‘I am certain that very few artistes in the world would be able to finish singing in such extreme situation after falling into an orchestra pit, breaking a foot and getting bruised.

‘Some in the audience (wrongly) believed it was preplanned.’