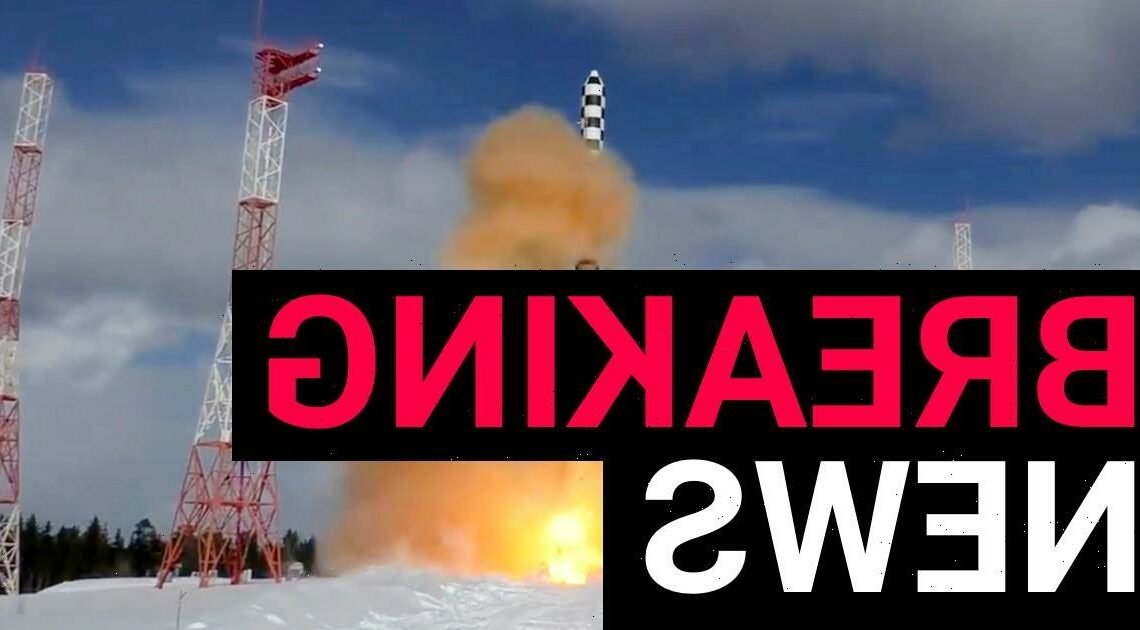 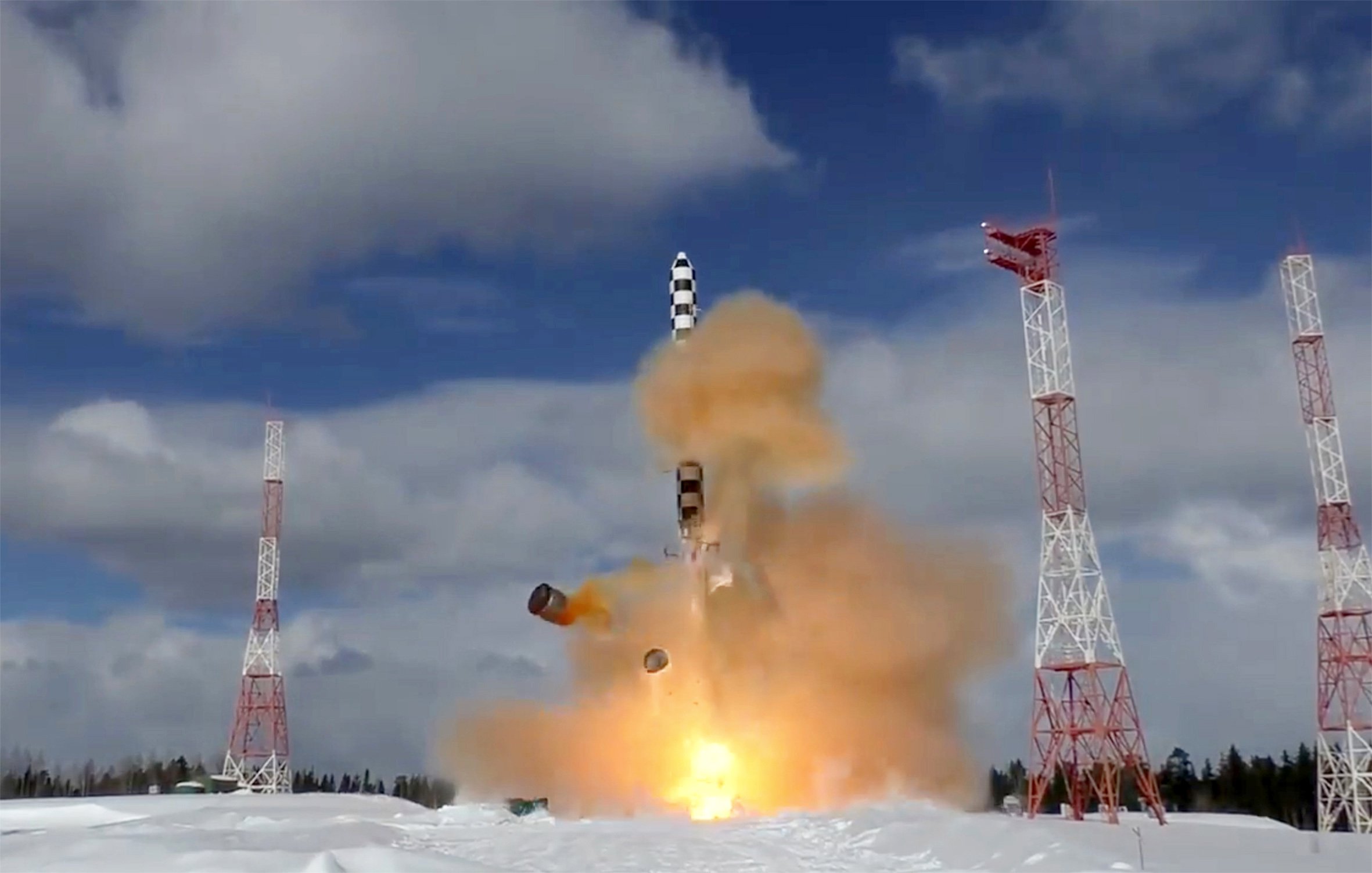 Russia has tested a new intercontinental ballistic missile capable of reaching Europe and the US.

In a statement via state media, the Russian government said it was the the first in a programme of planned tests.

The Sarmat ICBM was launched from Plesetsk Cosmodrome in Arkhangelsk.

Also known as the RS-28, the missile has been in development for several years and is intended as an upgrade to the Kremlin’s current stockpile.

It is capable of delivering as many as 15 warheads aimed at different targets.

Mr Putin said the weapon has ‘no analogues’ anywhere else in the world.

The defence ministry said ‘the new missile is capable of hitting targets at long ranges using various flight paths’ and ‘has unique characteristics that allow it to reliably overcome any existing and future anti-missile defence systems’.

‘Training warheads’ landed ‘in a given area at the Kura training ground on the Kamchatka Peninsula’, according to state media.

This is a breaking news story, more to follow soon… Check back shortly for further updates.

Got a story? Get in touch with our news team by emailing us at [email protected] Or you can submit your videos and pictures here.