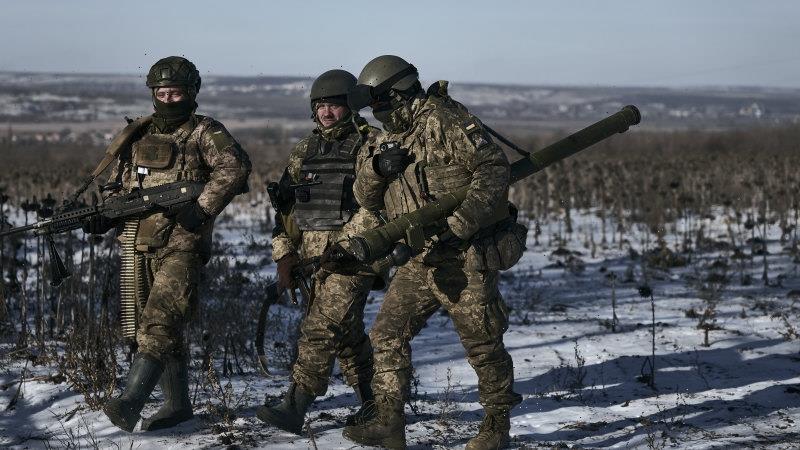 Kyiv: Russia has claimed that its forces captured the fiercely contested salt-mining town of Soledar in what would mark a rare victory for the Kremlin after a series of setbacks in its war in Ukraine. Ukrainian authorities said the fight for the town continued.

Moscow has painted the battles for Soledar and nearby Bakhmut as key to capturing the entire eastern region of the Donbas — and also as a way to grind down the best Ukrainian forces and prevent them from launching counterattacks elsewhere. But that cuts both ways, and Ukraine has said its fierce defence of the eastern strongholds has helped tie up Russian forces. 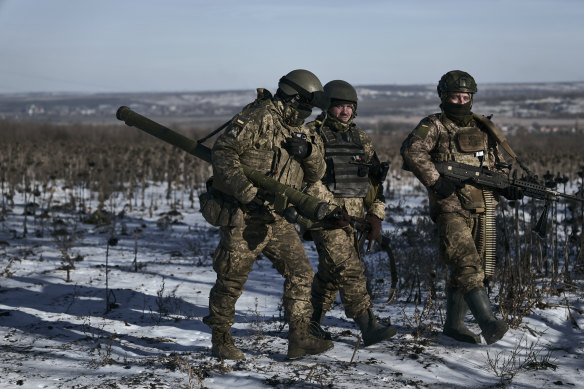 Ukrainian soldiers on their positions in the frontline near Soledar, Donetsk region.Credit:AP

Western officials and analysts say the two towns’ importance after months of bloody fighting is more symbolic than strategic.

Since its invasion of Ukraine on February 24, Moscow has prioritised taking full control of the Donbas — a region made up of the Donetsk and Luhansk provinces, where it has backed a separatist insurgency since 2014. Russia has seized most of Luhansk, but about half of Donetsk remains under Ukraine’s control.

There have repeatedly been conflicting reports over who controls Soledar. The Associated Press could not independently confirm either side’s claim.

“The liberation of the town of Soledar was completed in the evening of January 12,” Lieutenant General Igor Konashenkov, the Russian Defence Ministry’s spokesman, said on Friday (Ukraine time), calling the development “important for the continuation of offensive operations in the Donetsk region”.

Taking control of the town would allow Russian forces to cut supply lines to Ukrainian forces in Bakhmut, and then “block and encircle the Ukrainian units there,” Konashenkov said.

But Serhii Cherevaty, a spokesman for the Ukrainian army in the east, denied the town had fallen, telling the AP “there are still Ukrainian units in Soledar”.

Ukrainian President Volodymyr Zelensky on Friday told the Lithuanian parliament that Kyiv did not intend to give any “breathing space” to Russian forces, and that the coming months will be “decisive” for Ukraine’s fight to defend itself.

The Institute for the Study of War, a think tank in Washington, said the fall of Soledar wouldn’t mark “an operationally significant development and is unlikely to presage an imminent Russian encirclement of Bakhmut”. 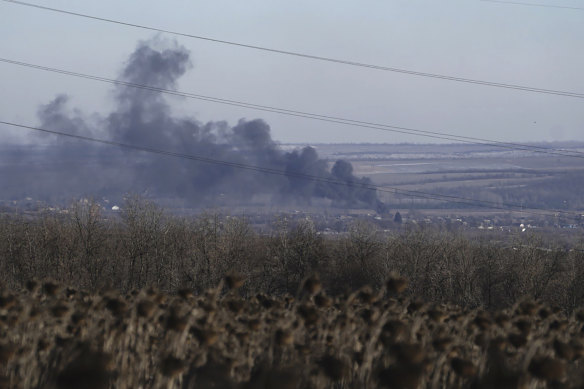 Smoke billows during fighting between Ukrainian and Russian forces in Soledar.Credit:AP

The institute said Russian information operations have “over-exaggerated the importance of Soledar,” a small settlement. And it argued that the long and difficult battle has contributed to the exhaustion of Russian forces.

“Even if both Bakhmut and Soledar fall to the Russians … it’s not going to have a strategic impact on the war itself,” Kirby said. “And it certainly isn’t going to stop the Ukrainians or slow them down in terms of their efforts to regain their territory.”

Just hours before Russia’s claim, Ukraine reported there had been a heavy night of fighting. In a Telegram post early Friday, Ukraine’s deputy defence minister, Hanna Maliar, said Moscow “had sent almost all [its] main forces” to secure a victory in the east. 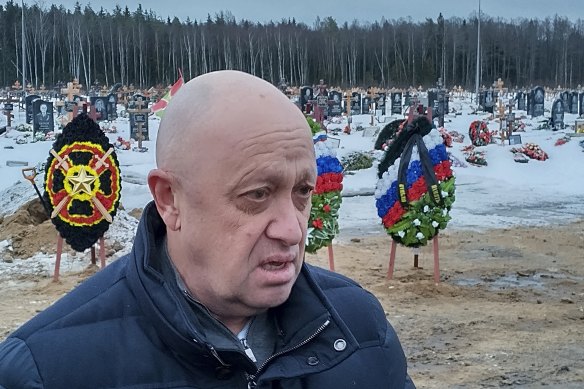 “This is a difficult stage of the war, but we will win,” Maliar added.

A Ukrainian officer, who asked for anonymity for security reasons, previously told the AP that in the battle for Soledar, the Russians have sent a first wave of soldiers, including many from the private Russian military contractor Wagner Group, who take heavy casualties but exhaust the Ukrainian defenders. Then the Russians have sent in another wave of highly trained soldiers, paratroopers or special forces, the officer said.

Konashenkov said the storming of Soledar became possible thanks to massive air and artillery strikes and airborne troops’ manoeuvres to envelop the city. He didn’t mention the Wagner Group, which previously took credit for capturing Soledar. There have been signs of tensions between the army and the Wagner Group, led by millionaire Yevgeny Prigozhin.

Meanwhile, the Ukrainian central security agency announced on Friday that it is holding counter-sabotage exercises along a section of the border with Belarus. The move comes amidst heightened concern about Belarus’ possible involvement in the war. The country has provided a base for about 10,000 Russian soldiers, and the two countries are to conduct joint military air exercises next week.