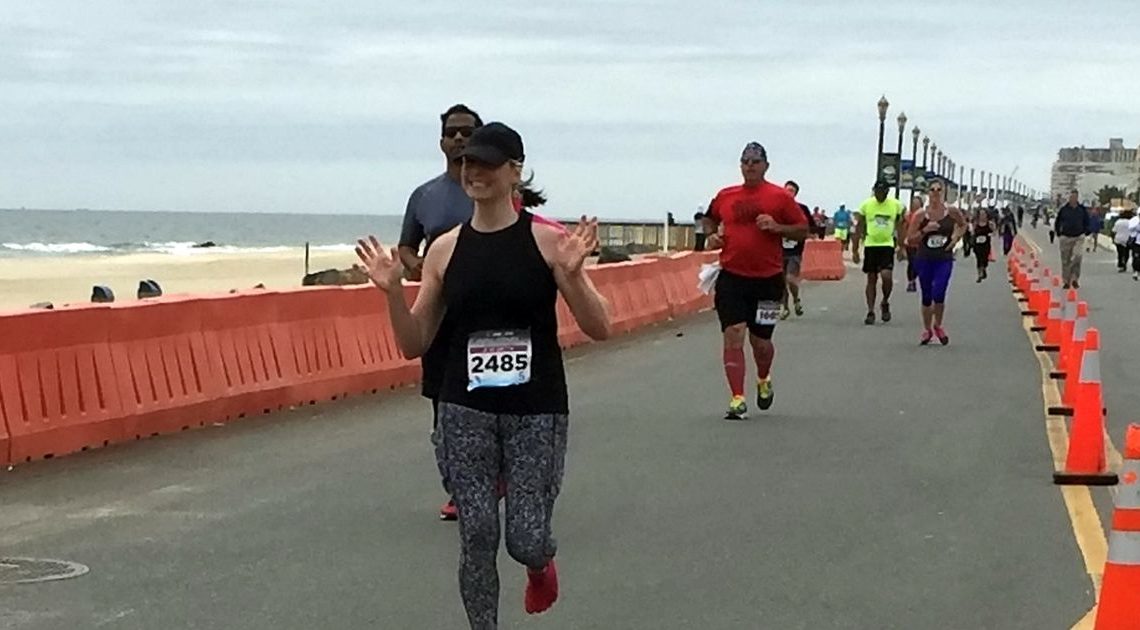 Going for a run in the winter can be hard, but a woman from New Jersey has discovered a way to make her exercise all the more entertaining.

The 33-year-old has become an Instagram sensation by mapping out penises with her running app and sharing the results online.

It happened when she went out for a jog whilst visiting relatives in Kansas and took a wrong turn.

Now fitness fanatics can’t get enough of her d**kruns and have even started to send her their d**kruns of their own.

The corporate sector worker said: "I encourage anyone and everyone to try a d**krun or two.

"Someone once sent me their map of a d**kswim, that was pretty impressive actually. I can’t swim in a straight line, let alone draw something.

"The first d**k run was a total accident at first. My brother had moved and I was visiting him. I went for a run and took a wrong turn.

"When I got back, I realised what I had accidentally drawn. From what I hear, most d**krunners start out this way. Obviously my friends thought it was funny so I kept it up."

Claire has taken part in two marathons, a dozen half marathons since taking up running and is already training for her third marathon in autumn this year.

Three-and-a-half years after d**krun was born, Claire says it can be tricky to make each drawing different from the one before.

She said: "I got into running because it was ‘me time.- although I always love running with friends. There’s nothing like a run to clear your mind and help you reset.

"The d**kruns are funny but there are some super talented people doing stravaart – really impressive and detailed drawings.

"It depends on the setting. I like the challenge in more rural areas, because you don’t have a lot of roads to work with, so I love finding a random ‘road d**k’.

"Sometimes they’re super obvious, and I am pretty sure there’s a league of town planners and transportation engineers who are all in on some inside joke making road d**ks in their towns."

Whilst some d**kruns come naturally, Claire says he spends hours online mapping out new runs. Claire said:: "I do spend an inordinate amount of time mapping out d**kruns.

"I travel for work and for fun, so I map them out anywhere I travel, I have so many mapped that I haven’t run yet."

Lady Gaga, Miley Cyrus & More Of The Sexiest Performance Looks Ever Worn At The Grammys